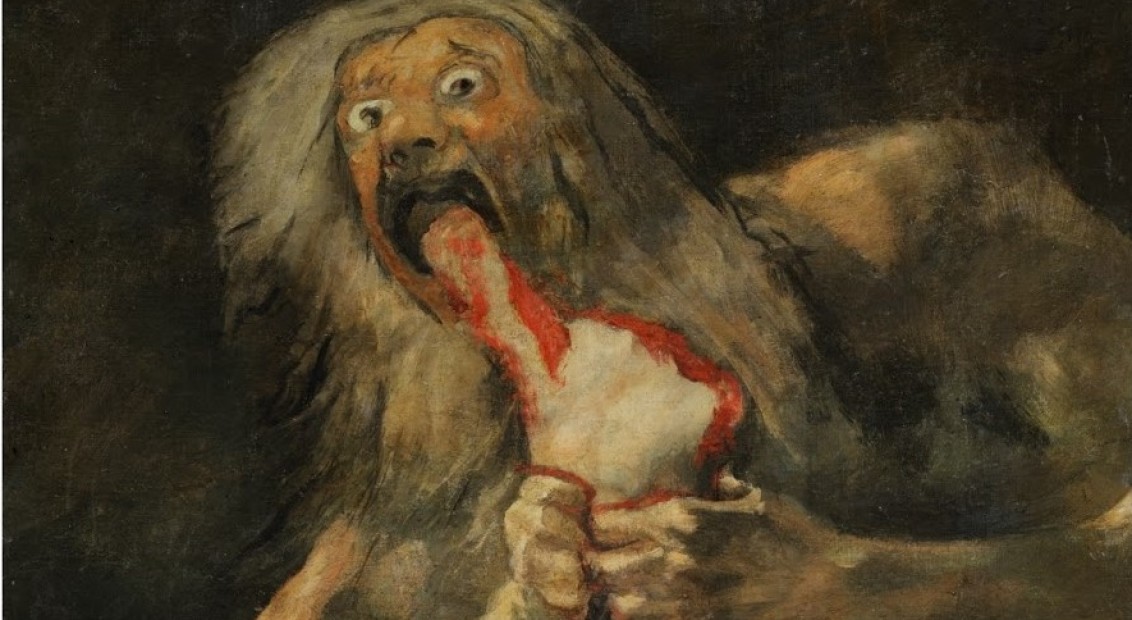 Francisco Goya: The Spanish artist who painted the darkest recesses of humanity

Widely regarded as one of the most important Spanish artists of the 18th and 19th century, Francisco Goya’s wide-ranging oeuvre includes painting, etchings, cartoons and tapestry. Though he spent the majority of his career as a court painter in the company of Spain’s aristocracy, arguably the most intriguing chapter of Goya’s artistic journey came towards the end of his life, once body and mind began to fail him.

In this sense, his output can be broadly separated into two distinct chapters: one, characterised by the stiff elegance of his high-society portraits depicting kings and queens (Goya served as court painter to Charles IV), and the other, by disturbing and visceral works, often featuring morbid scenes of suffering and death. This later period, marked by a transition towards dark tonalities and fluid brushstrokes, reflected not only Goya’s deteriorating health (by the end of his life he was deaf, partially paralysed and almost blind) but the dark period that followed the Napoleonic invasion of Spain and the atrocities he witnessed first-hand during the French occupation.

In this later period of Goya’s life, his work verged on caricature, often accompanied by a biting satirical critique of what he regarded as the social and political corruption that infected his country. Gone was the formalism and conventional technique of his early works, replaced with a more expressive, intimate approach that befitted the scenes he chose to depict. This comes across with chilling potency in Goya’s The Disasters of War etchings, a series of over 80 works illustrating the brutality of the Peninsular War without gloss or heroism. Due to their explicit nature and equally damning portrayal of both Spanish and French forces, they were only published in 1863, 35 years after Goya’s death. 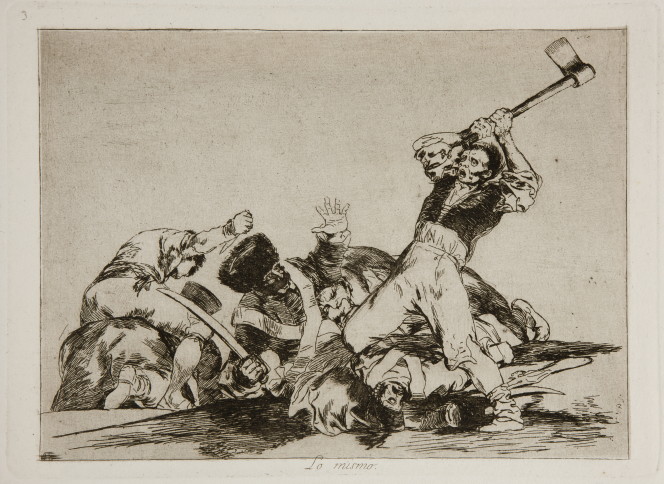 If Goya’s The Disasters of War series feels bleak, it proved a mere warm-up for what was to follow. Towards the end of his life, Goya retired from professional and academic circles in the courts of Madrid to reside in his country home, Quinta del Sordo (the Deaf Man’s House). Old and infirm, he set to work on his Black Pictures, a collection of deeply unsettling frescoes that appear like an anthology of grotesque, nightmarish visions.

In one, a collection of melting faces swim like demons from the abyss, eyes rolled back and mouths agape in what feels like an eternal cry of agony. In another, two decrepit old men with bulging eyeballs and twisted faces huddle over their bowls of soup, while in one of the most famous works, a titanic bearded figure, naked and nefarious, holds a headless corpse in both its hands while preparing to stuff one of its limbs into its mouth.

These works have long been a source of intrigue, given that none are signed or dated, they were all produced towards the very end of Goya’s life and never intended for public display. Over the last two centuries their origin has attracted no shortage of speculation (and condemnation), with theories ranging from the work of a man fearing his own demise, to the long-term effects of lead-poisoning and a symptom of paranoid schizophrenia. These hypotheses however, none of which can be verified, detract from the series’ thrilling sense of drama and the opportunity to be confronted by our greatest fears. 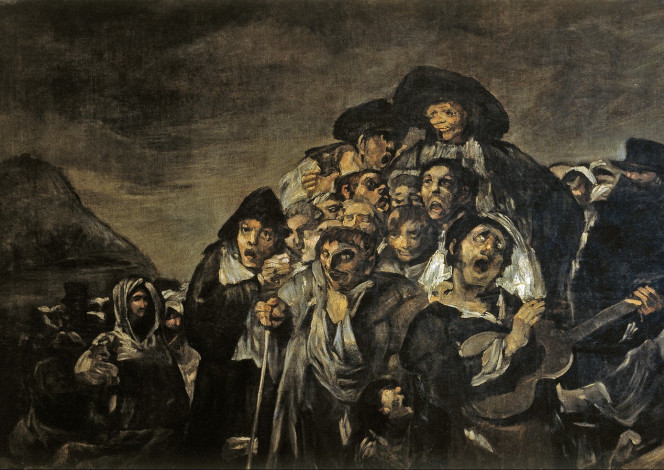