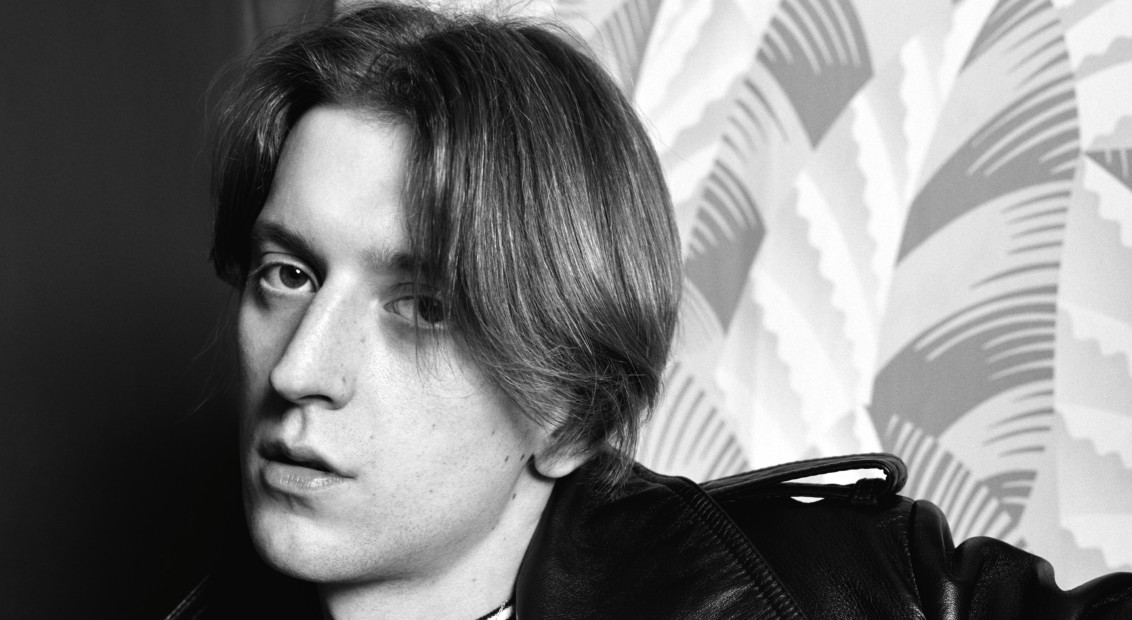 More than just the subject of an idles song, Danny Nedelko fronts post-punk outfit heavy lungs. having moved to the UK from Ukraine in his teens, Nedelko’s musical education came from his peers and the pub soundtrack where he worked with Idles band member, Adam Devonshire. Three years, three eps, and a string of singles later, Heavy Lungs have carved a visceral imprint, taken their show international, met their idols, and even hatched plans for a talk show.

Clementine Zawadzki: Moving to the UK at fifteen, in what ways did that period of time shape your interests?
Danny Nedelko: It was a crucial part of my musical development. It was actually my stepdad who introduced me to bands like Echo & the Bunnymen, Nick Cave & the Bad Seeds – which at first, I didn’t get – but he had all the first editions. I was more of a late bloomer, catching up on music that people here have known about since they were fourteen because their older brother who’s cool as fuck passed down these records. Instead, I was about eighteen when I was discovering Nirvana and Pavement through friends.

Clementine: How did those friendships encourage the idea of being in a band?
Danny: It was really motivating being surrounded by people who were doing art and were
really great musicians. I would say the year after finishing university, working at this pub
called The Golden Lion was the most influential time. It was when I met my proper friends,
working with Dev [Adam Devonshire] from Idles, and it was just a capsule moment where
everyone there was doing something crazy.

Clementine: When did you find comfort in music?
Danny: Music was a hobby, but it was also the thing that spoke to me. I remember playing
my second ever gig in this uni band, and we weren’t that good, but I had a moment of clarity. It probably sounds really cliché, I’m fully aware, but for that half an hour I just felt at peace and like it all made sense. I realised this is what I want to do. Soon after, I got kicked out of that band.

Clementine: Has your style always been very raw and frenetic?
Danny: I never thought I had the capacity to be more ferocious live. Our first Heavy Lungs EP is heavier, but it’s also probably because I didn’t know how to sing properly. It sounded cool, but I was ripping my chords to shreds and couldn’t talk afterwards. You can hear a difference between our debut and our second EP because I got a vocal lesson. It’s still angry and visceral, but with slightly more technique.

Clementine: I know you’re a fan of Iceage and I can definitely hear nods to their earlier work within your music.
Danny: That band has been a huge personal influence. Lyrically, Elias’ [Bender Rønnenfelt]
words are absolutely beautiful, as is his vocal delivery. You’re Nothing is my favourite record of theirs and hearing Morals for the first time when I was working at The Golden Lion just blew my mind. I started hatching plans about how I could rip them off without ripping them off too much. I actually got to meet them too, which was really surreal for me. 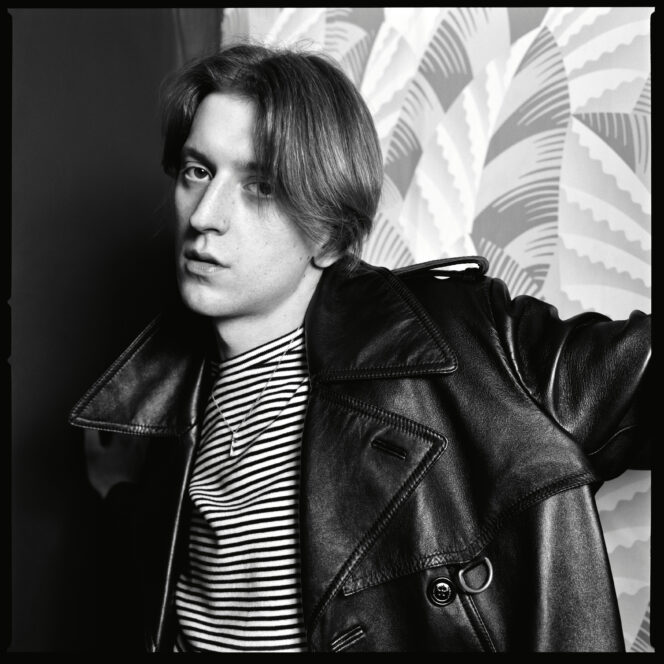 “Music was a hobby, but it was also the thing that spoke to me.”

Clementine: You’re a band that gives off so much energy. I’m interested in how you’ve harnessed that during self-isolation. Have you felt more pressure to be creative?
Danny: Fuckin’ pressure definitely. I left Bristol and went to my parents’ house in
Bournemouth. I kind of just sing now in the band, and Ollie [Southgate], George [Garratt]
and James [Minchall] are such incredible musicians, so we usually always write well together. I’ve written some shit songs in quarantine using Ableton, pretending to be Death Grips, but it was a nice exercise to do something different like that on the computer. I started an idea for a little talk show and I did the first episode in lockdown via Zoom with Sebastian [Murphy] from Viagra Boys. It’s called Nobody Does It Better with Danny Nedelko and it’s just me interviewing friends and making new friends.

Clementine: Perfecting the art of social media…
Danny: Feeding my ambition to one day become a talk show host – maybe this is going
to be the ticket. If you know any investors or people with money, tell them to tune in and
check it out.

MORNING SURPRISE. The first ep. of “Nobody Does It Better With Danny Nedelko” is over our YouTube channel (link in bio if you’re a lazy). First guest is the infinitely charming @murphysthlm of @viagraboys . Come hang out with us! Massive big up to @oliviabfoster for her amazing editing and producing of this monster. Special thanks to @rosie1ea for her fantastic illustration. Giddy up and welcome to show #nobodydoesitbetterwithdannynedelko

Clementine: Any stories from your time in Heavy Lungs you want to spill?
Danny: We were on our first tour ever supporting Idles, and it was our day off in London,
and it was also the Q Awards. We were looking for something to do and got a text from
our drummer saying, “Yeah, I got in,” and we were like, “What?” So we all broke into the
Q Awards, drinking prosecco, bumped into Nadine Shah, and at some point, Noel Gallagher passed by. We realised we didn’t have a table because we weren’t invited, but worked our way to an empty table that turned out to be Bono’s. I left before it kicked off, but our drummer ended up with a black eye. We still don’t know how he got it.