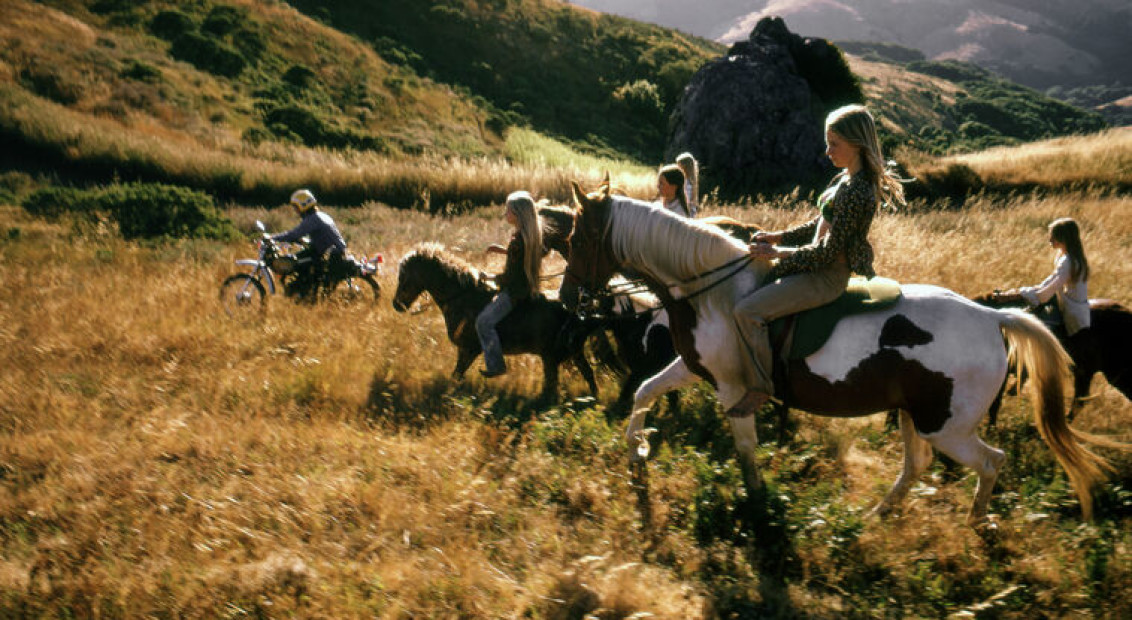 Officially launching today is the latest Square Print Sale from Magnum (in partnership with Aperture), a celebration of international photography rooted in the belief of art for all. You’re probably familiar with the annual premise: over 100, museum-quality 6×6 photographs (sometimes signed, sometimes stamped) shot by professionals and amateurs alike and available for a mere $100.

This year brings a typically strong roster of names from all over the world, delivering urgent stories through photographs that linger long in the mind. Check out Stephen Tayo’s dynamic portraits of the Leap of Dance ballet company performing in Lagos, Nigeria, or Elliot Erwins’ exploration of Hitchcockian setting. Also up up for grabs is Malin Fezehai’s remarkable photo of an Eritrean wedding (the first iPhone photo to ever receive a World Press Photo Award), alongside more established names like Elliot Landy, who submitted his psychedelic, infrared portrait of Bob Dylan.

Below, we collate a selection of quotes from participating photographers on what their nominated photograph means to them and how they took it. 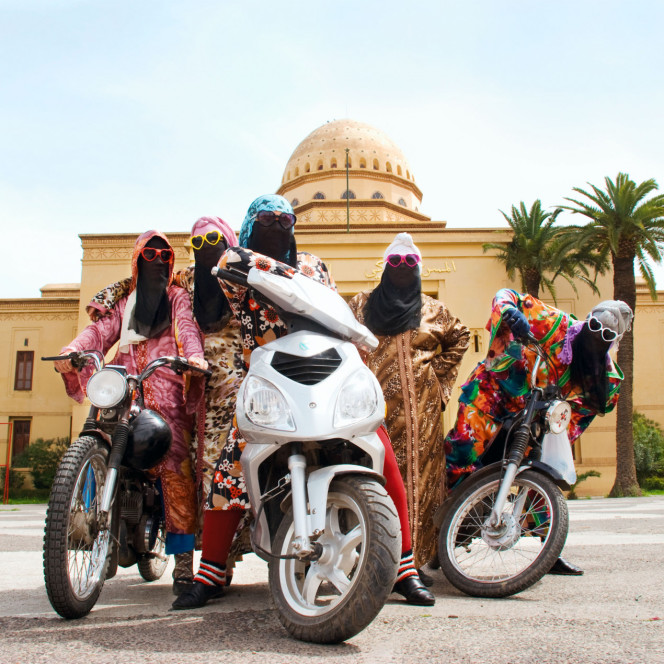 “I like to push people’s buttons. Here, I wanted to play with the way veiled women riding motorbikes might seem jarring from  a Western perspective. I called them Kesh Angels—with Kesh short for Marrakech, and Angels from the Hells Angels Motorcycle Club. In a few images, they’re wearing their own clothing. The only props I gave them were some socks and heart-shaped sunglasses, just to have a bit of fun with the cliché of rock stars or bikers in leather jackets.

There were four cinemas in my town when I was growing up in Morocco. I remember the movie posters they’d put in their windows. They had these powerful single images your mind could latch onto, allowing anyone who couldn’t afford a ticket to imagine the whole film. That’s what I wanted to create here—a still from a movie you haven’t seen.” 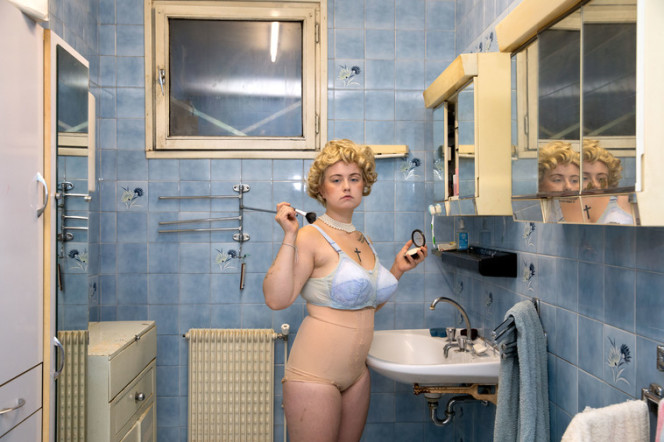 “With Agata, I explore the complexities of the photographic enterprise, grappling with the relationship between photographer and subject. By diving deep into a collaborative working dynamic, we create a small alternate universe that raises more questions than it offers answers: Who made these images? Who is the subject? Who is Agata? This project is both the story of a young woman searching for identity, by playing with it as if it were a toy, and the story of myself experimenting with the fragility of photographic authorship.

In this photograph you see Agata as Germaine. Germaine is the owner of the house in Paris Agata squatted and lived in for a while. We find Germaine’s diaries, the seven urns of her dead cats, photos, videos, clothes and long lists of films she still wanted to watch. We drink wine out of her glasses, Agata sleeps in her bed, and with the help of a medium, we call Germaine’s spirit. Agata makes Germaine’s life hers. While we imagine being her, we dress up as the old lady and hope to go to Corsica soon, to waterski, something we are sure Germaine would have loved to do.” 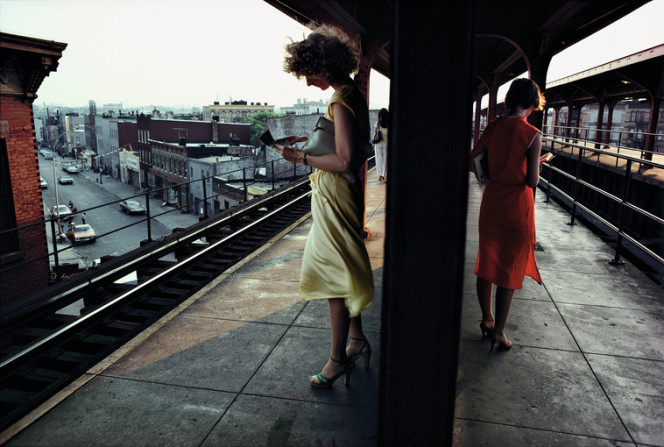 “I took this image on the elevated M Line at the Myrtle Avenue-Wyckoff Avenue stop in Bushwick, Brooklyn, as part of my Subway series. I saw this wonderful color-play between the two women – one wore a yellow dress with green shoes, the other was in red. As I was getting ready to click the shutter, the wind caught the dress of the women in yellow. It wasn’t blowing it up around her knees like a Marilyn Monroe picture, it was just fluffing it. It was a delicate moment.” 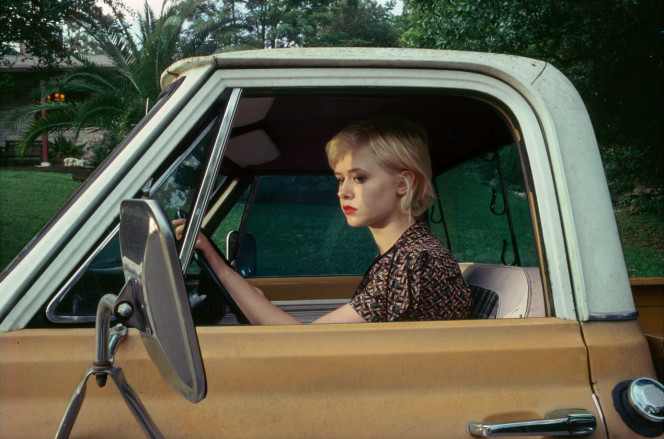 “This is a photograph from my Austin, Texas series, a fashion series created for a magazine and an exhibition at the Maison Rouge in Paris. I don’t normally work with fashion, but I accepted the commission to challenge myself to make the clothes disappear for the benefit of the ‘character.’ I made this series with the idea of a sequence in the life of each of the girls I photographed, which mixed exterior and interior in the idea of the ‘everyday.’

Each girl I chose had an off-beat presence in the world. The accumulation of the series made me think of short novels, and the fashion magazine had a literary approach. The installation of the exhibition was linear, with a lot of small prints (all equal in size) that ran all over the space. The more realistic a context is, the more fictional it becomes.” 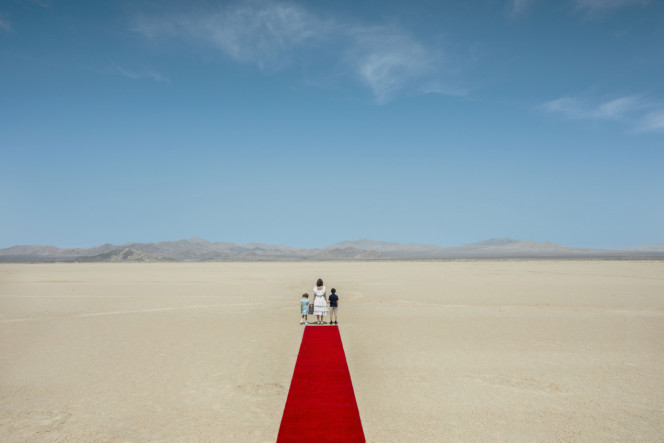 The Arrival. From the series Santa Barbara. 2018 © Diana Markosian / Aperture

“My family arrived in America in 1996. The Soviet Union had long collapsed, and by then, so had my parents’ marriage. We had spent nights in our tiny Moscow apartment watching the 1980s American soap opera Santa Barbara. Full of sunlit palm trees and wealthy Californians, it was the first American show to be broadcast in post-Soviet Russia.

For my mom, Santa Barbara represented a dream, something far away from what my family’s life had become. Inspired by the show, she became a mail-order bride, taking my brother and me to America with her. This is where the story begins: the idea of touching something that felt untouchable.” 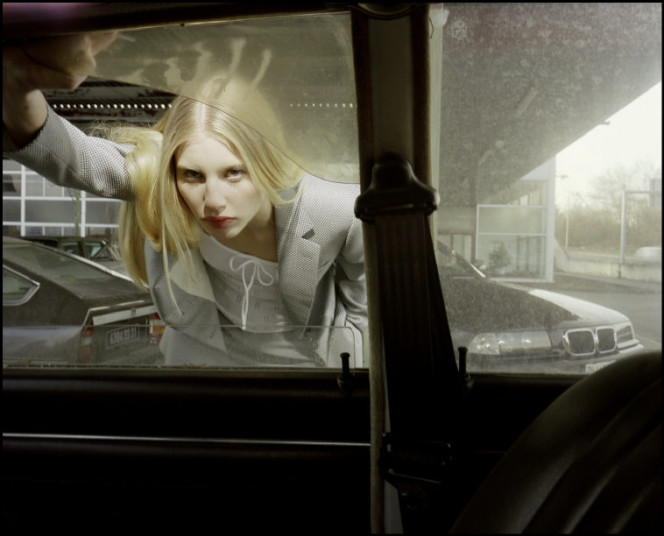 “A model was flown over to Geneva, there were a couple of vintage cars, an assistant for me, and make-up for her. The job was for a new Swiss magazine, Edelweiss. I gave some direction, but the model did almost all of the work.

With my own projects I never stage anything. Reality provides more powerful images and situations than anything my imagination could come up with. Many elements can prevent an image from being satisfying or surprising. Staging offers security, but usually comes hand-in-hand with predictability.

I do believe that some stories can only be told when you arrange situations. So I don’t condemn colleagues who do it, but it’s not for me. 20 years ago, this approach was considered fraudulent in documentary photography. Some did it anyway, and claimed they hadn’t. I believe, whenever you stage photographs, you have to be forthright about it.

Reality can be a bitch, and now it feels like the trend is toward staging and artistic images. This lowers the respect for photographers who still ‘work’ with reality. Nobody believes you didn’t alter reality. I don’t care — I still think interacting in an intuitive way with your subject provides more powerful images.” 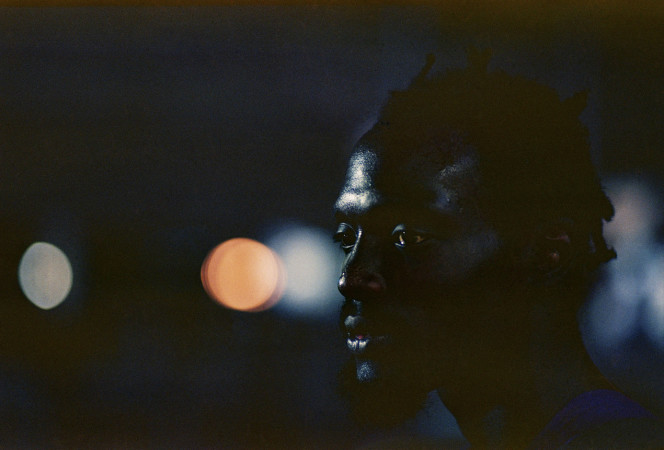 “When I stop a person in the street to take their photograph it’s because I recognize their inner light. Focusing on the light in others reinforces it in yourself. Regardless of external circumstance, there’s an inextinguishable spark of divinity in everyone. I approach my work from this spiritual perspective because that’s what gives it meaning for me. It’s a form of communion, from my soul to the soul of my subjects; we’re co-creators.” 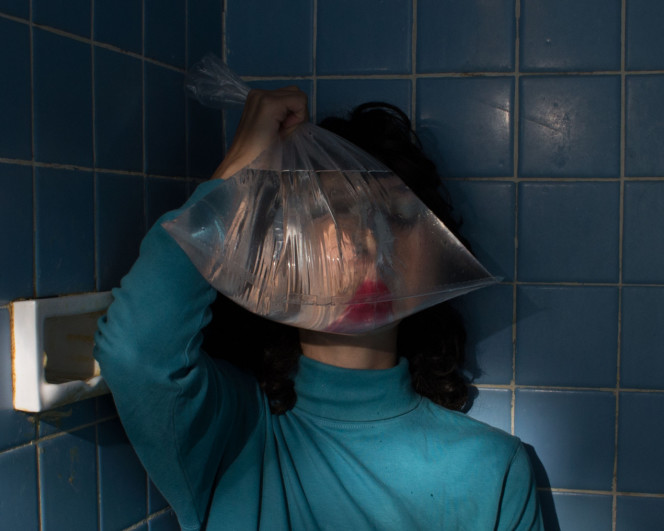 “Philosopher Byung-Chul Han says that we live in an era of exhaustion and fatigue, caused by an incessant compulsion to perform. We have left behind the immunological era, and now experience the neuronal era—characterized by neuropsychiatric disorders such as depression, attention deficit hyperactivity disorder, burnout syndrome, and bipolar disorder.

My work centers this premise at the core of fragmented, cinematic, and vivid photographs, which exist in multilayered narrative installations. My female characters exist almost anonymously, melting in places, vanishing into them, constantly looking for any possibility of escape. They find themselves alone, desperate and exhausted.” 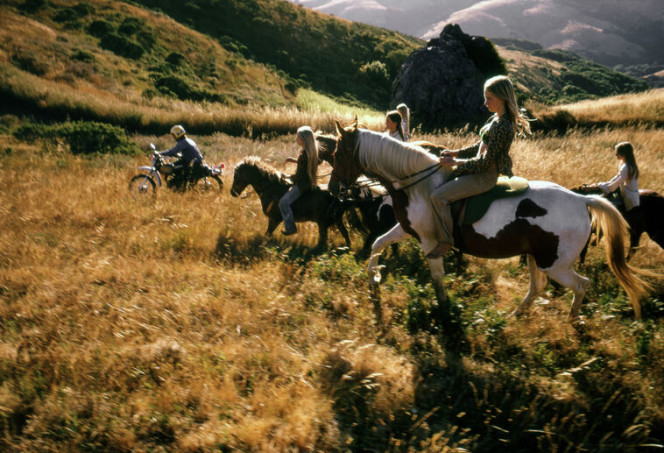 “A story must grow organically out of the subject matter. First, it is the people’s or person’s story. Then, the information goes through you and is processed by whatever kind of person you are: how you see the world, your own prejudice, hopes, beliefs, and emotional reactions to the people. The story that comes out is your interpretation of the world you see, but it should be true to what you really believe the truth is to be. We cannot kid ourselves about it being ‘objective’ because it isn’t, and cannot be.” 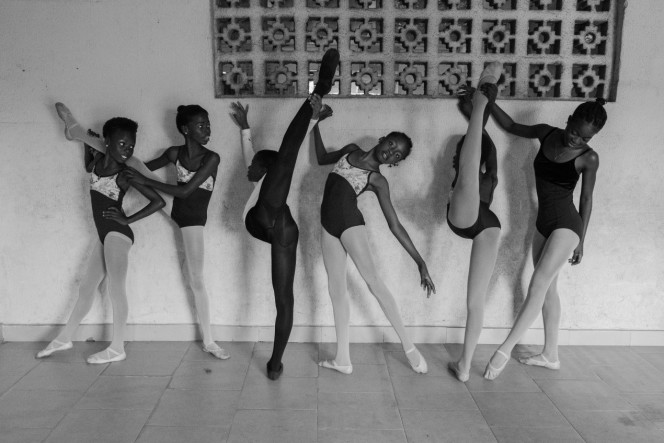 Work of Imagination’ Magnum’s Square Print Sale in partnership with Aperture, runs from Monday, October 19, 9AM EST to Sunday, October 25, 6PM EST. See the full list for yourself and purchase a print here.