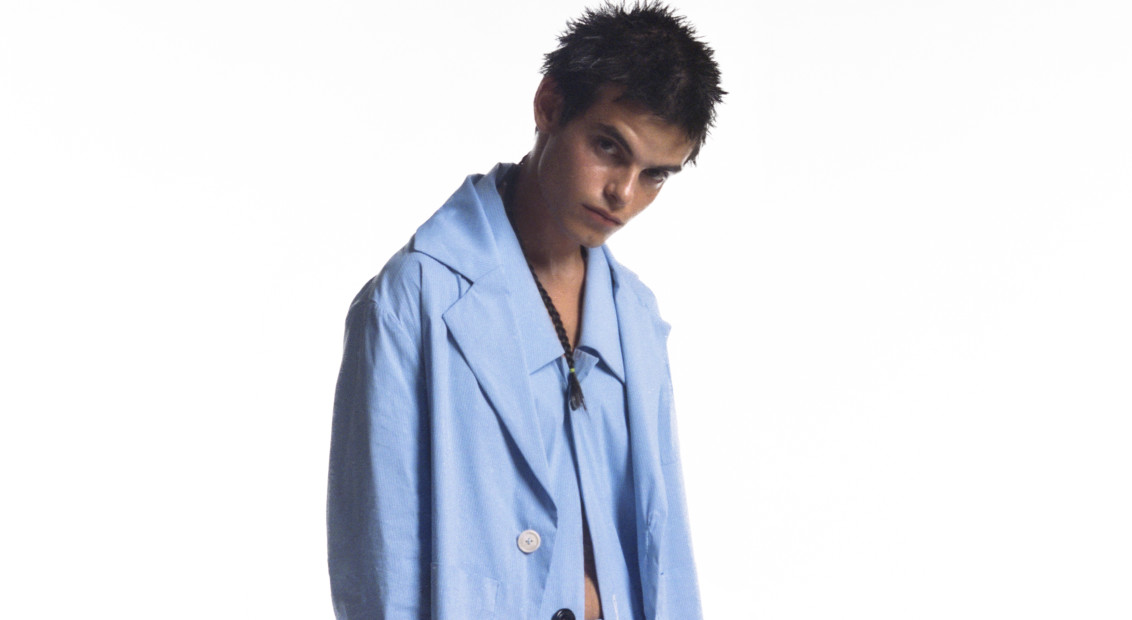 Titled If The Spirit Moves You, the collection stems from a recent trip the designer took to the island of Siquijor in the Philippines. While travelling down the island highway, Cuming photographed daredevil motorcyclists blurring past in the opposite direction (see below). As protection from high-speed collisions, these high-speed riders layered their faces and bodies in swathes of fabric. 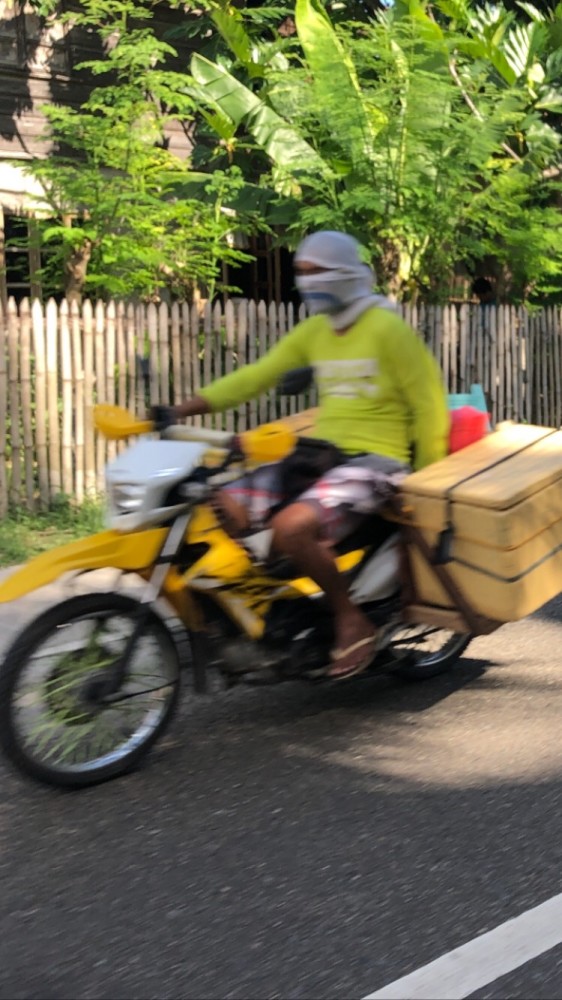 Filtering this image through own design codes, the CSM alumni created looks that drape textiles to create new tailored forms, twisted and knotted at angles. “The collection is a proposition for comfort and flexibility,” Cuming tells us. “[Creating] generous shapes to move in and move with, layered light fabrics in motion are interpreted into the cutting of the pieces: trousers are formed from deconstructed t-shirts and contrasting layered colours are sewn raw and reverse to reveal layers underneath.”

Cast in vibrant hues and geometric patterns, the colour direction takes its cues from Thierry de Mey’s 2006 film of William Forsythe’s dance composition One flat thing, reproduced – a work that captures the beauty and complexities of Forsythe’s choreography. 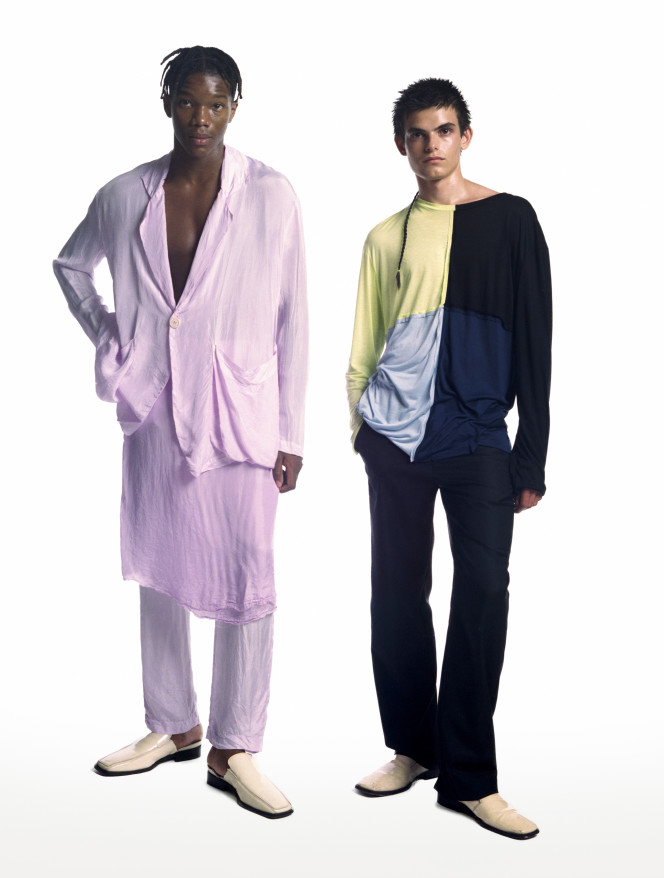