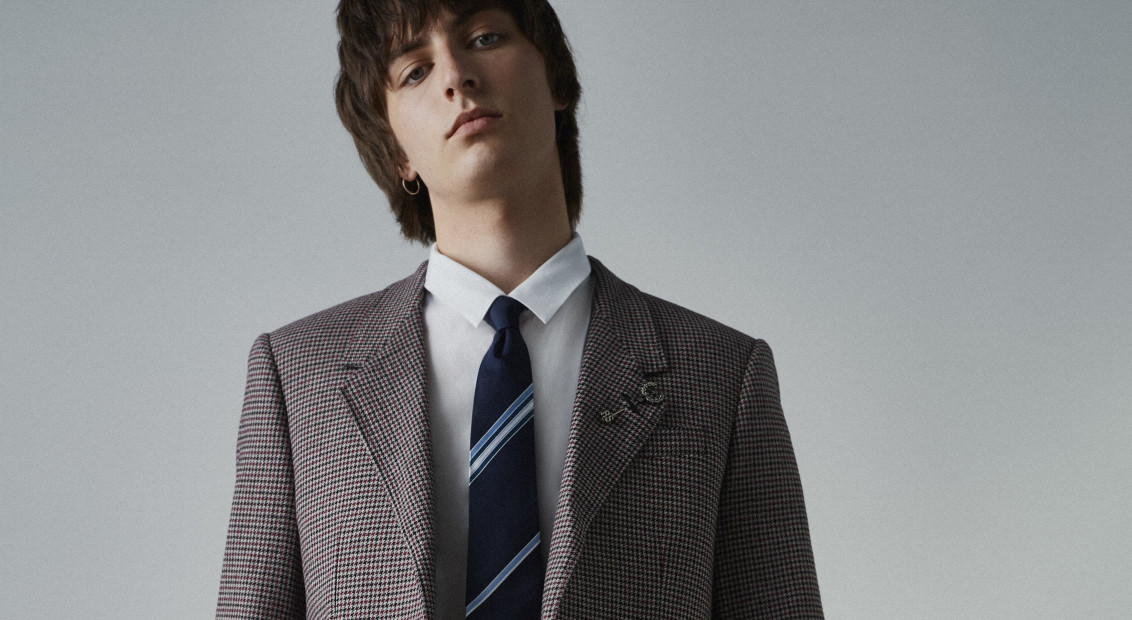 The collection draws specifically from Fred Perry’s 2018 book, 100 Club Stories, a collection of anecdotal stories and rare imagery that traces the basement venue’s storied 75-year history. Reinterpreting Fred Perry classics within his own signature cuts, tropes and silhouettes, Simons splices and patches images of legendary performances, cuttings and flyers. Some of these memories include punk bands Amebix, Disorder and Sinky Toys and come from photographer Bev Elliott, a punk who kept a scrapbook of her Soho nights in the 70s, and Iain R Webb, a journalist who kept diary entries of his nightlife – including many at the 100 Club. 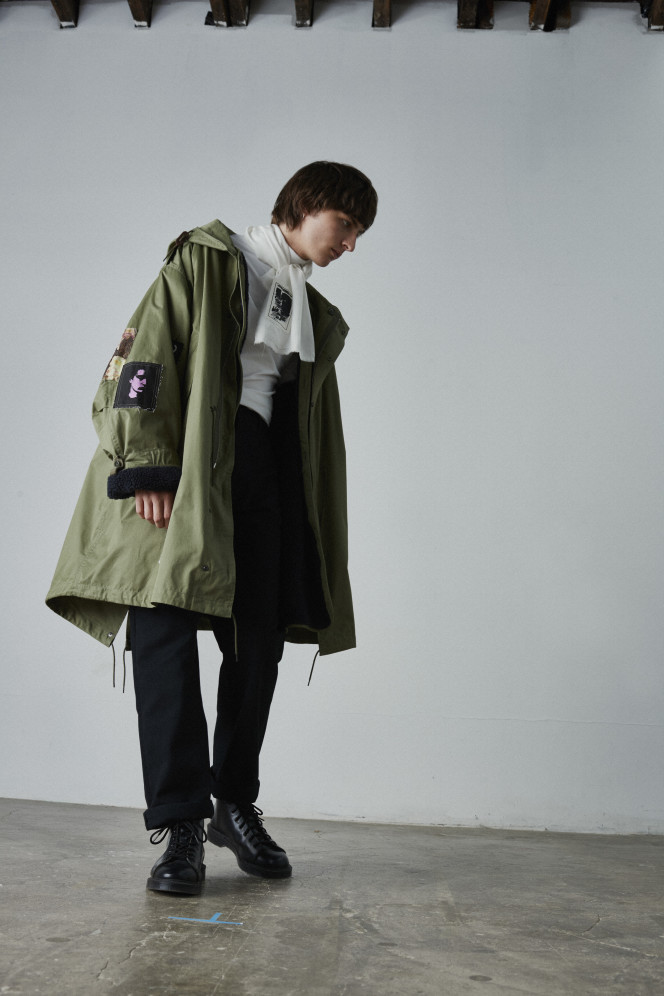 A stalwart of the London music scene, the 100 Club has played host to multiple subcultures throughout its storied history. Launched in 1942 as a swing club, it was populated by GIs during the war and jazz stars of the 50s, including BB King and Muddy Waters. However it was during the 70s when the venue cemented its name as a hotbed for the punk scene, hosting “the 100 Club Punk Special”, which included the Sex Pistols, Siouxsie and the Banshees, The Clash, Buzzcocks and The Damned. It was a night that has proved a touchstone in punk history. Now, 100 Club’s history is translated to a new generation via Simons’ cultured touch.