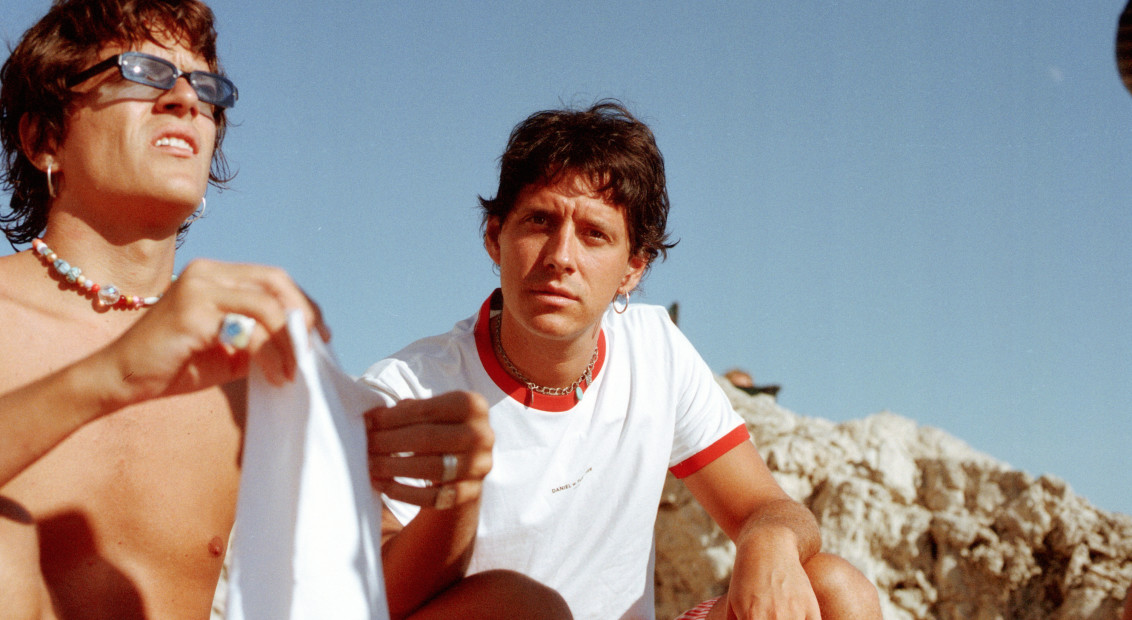 Time flies, so to keep you in the loop, we’ve rounded up all the important snippets of fashion news from the past seven days into one neat feature. This week includes a Dsquared2 throwback and a special Raf Simons announcement.

Perhaps Bruno Sialelli has hidden talents as this week saw Lanvin introduce its new skate-influenced sneaker, the Curb. Taking its cues from mid-’00s skate shoes, the Curb blends Lanvin’s savoir-faire with a comfy, chunky base. Proving its performance levels, Lanvin released the shoe with a video of Hawaiian skateboarder Evan Mock cruising through NYC wearing his new Curbs. Watch the full video in the link below.

The wait is over! To celebrate the launch of LANVIN's newest cult sneaker The CURB, @Rayscorruptedmind and @EvanMock directed and filmed themselves taking the shoes for a test ride. “For years skate culture influenced almost everybody so it’s pretty sick that it is getting more attention in fashion, which I love“ said @Rayscorruptedmind. The CURB is now available for purchase worldwide in select LANVIN Boutiques and online for pre-order at Lanvin.com. When asked about the sneakers’ performance ability @EvanMock reviewed saying, « They’re big and bad, like the big bad wolf » while @rayscorruptedmind said « Since they are bulky they will last forever ». Creative Direction: @EvanMock and @Rayscorruptedmind Styled by: @EvanMock and @Mazurbate Designed by: @Brunosialelli Music by: @fantasycamp #lanvin #lanvinbybrunosialelli #lanvincurb #evanmock #rayscorruptedmind

Yes, you read correctly. For the first time ever, this October Raf Simons will be showing a womenswear collection under his eponymous label. After almost 30 years of killer menswear, it’s a big moment for the Belgian designer that will be at the front of everyone’s schedule. Until then, we have a good month to predict what Raf Simons womenswear will look like. Answers on a postcard.

LA brand Amiri have teamed up with Mr Porter for an exclusive men’s capsule collection. Titled Palm Trees and a Cool Breeze, the collection sees founder and creative director Mike Amiri hone in on his luxury West Coast rock ‘n’ roll aesthetic with a line-up of distressed denim, Baja flannels, aloha shirts and SoCal tie-dyes. In a colour palette that reflects California’s landscapes and architecture, it’s the perfect collection for sunshine dreaming. 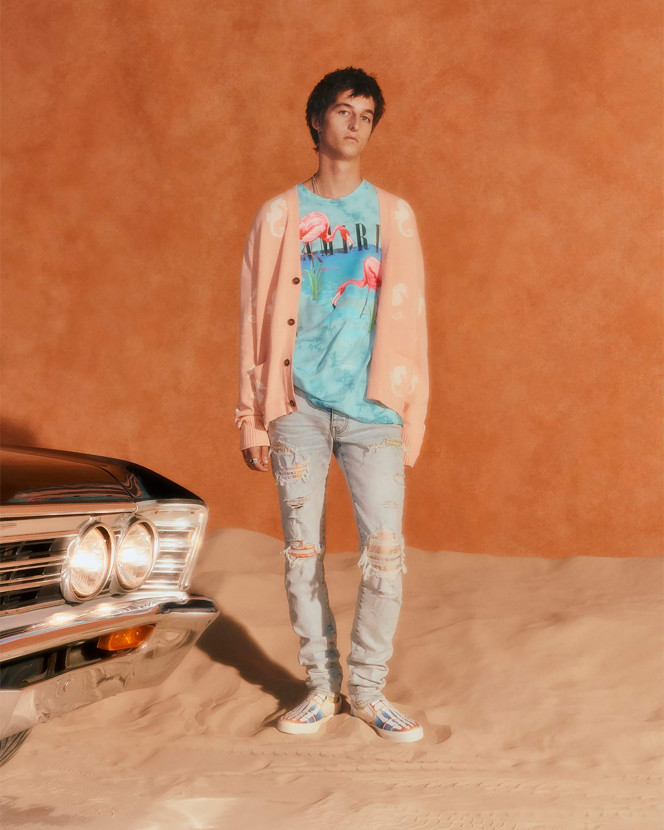 Daniel W. Fletcher took his pre-spring collection to the beach

Daniel W. Fletcher knows how to get our attention. With his new pre-spring 2021 collection, the northern designer gave us sun, beach and French-American musical duo Faux Real (if you haven’t heard of their excellent tunes and moves, sort it out). Needless to say, we were immediately sold.

And that’s before we even mention Fletcher’s latest sartorial offering, all deckchair stripes and Cuban collars. 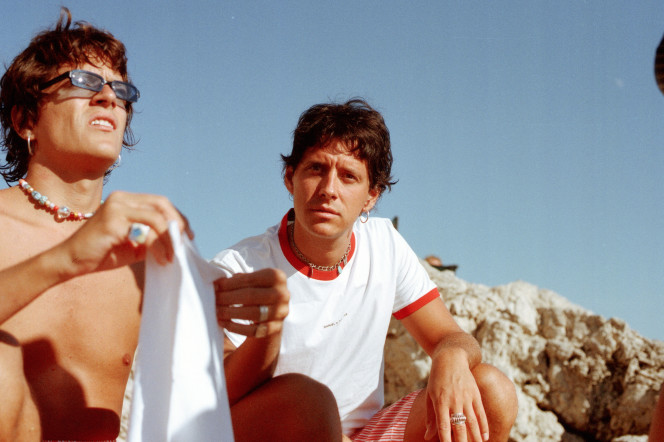 Gucci loves painting on walls. Throughout his tenure at the house, Alessandro Michele has decorated walls around major cities with his seasonal campaigns. Now, this ongoing ArtWalls project turns its focus to the house’s iconic Jackie Bag, “a hobo model first created in 1961 that became emblematic of the 60s and 70s jet-set lifestyle.”

Where did the bag get its name from we hear you ask? Jackie Kennedy obvs, who used to wear hers everywhere. Now there’s a stamp of approval you can’t argue with.

Redesigned numerous times over the years, now it’ Michele’s turn: introducing the Jackie 1961, fusing the band’s traditional silhouette with contemporary features and a “non-binary attitude.” All very Alessandro. Photographed on models around London’s Belgravia by Angelo Pennetta, these images now appeal larger-than-life across walls in Manhattan, Milan, East London, Shanghai and Hong Kong. You literally can’t miss them. 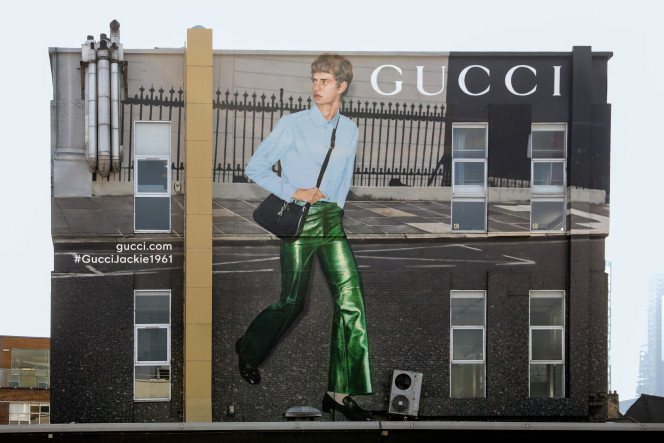 Dsquared2 looked back to their beginnings for FW20

Dsquared2 hits the big 2-5 this year, marking a major year for the Caten twins. In celebration, the duo’s FW20 saw them reach back into the archives, pluck out some gems and redesign them in tune with today. Now comes the collection’s accompanying campaign, full of low slung denim, winter flannels and furry boots. Pairing a thick oversized knit with the skimpiest leather shorts – now that’s cosy done the Caten way. 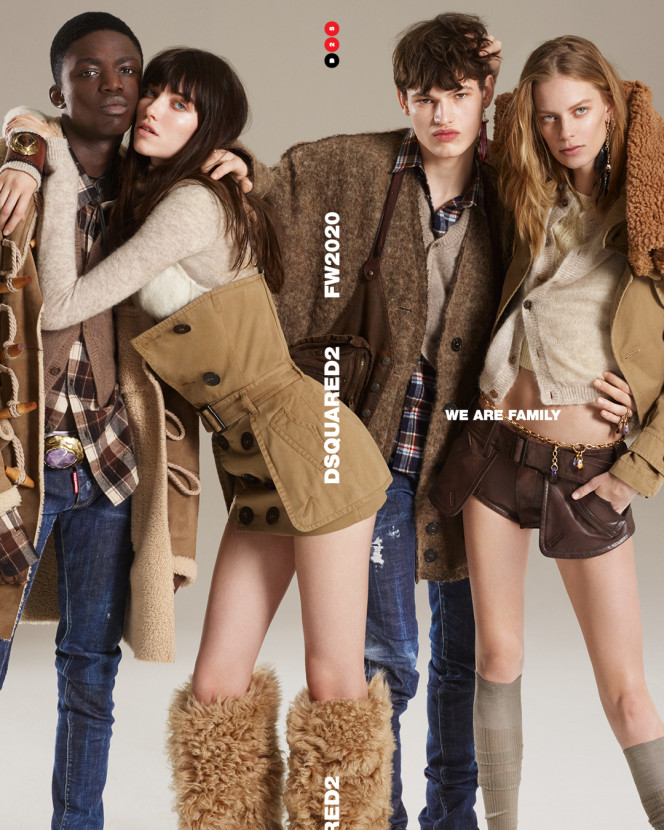