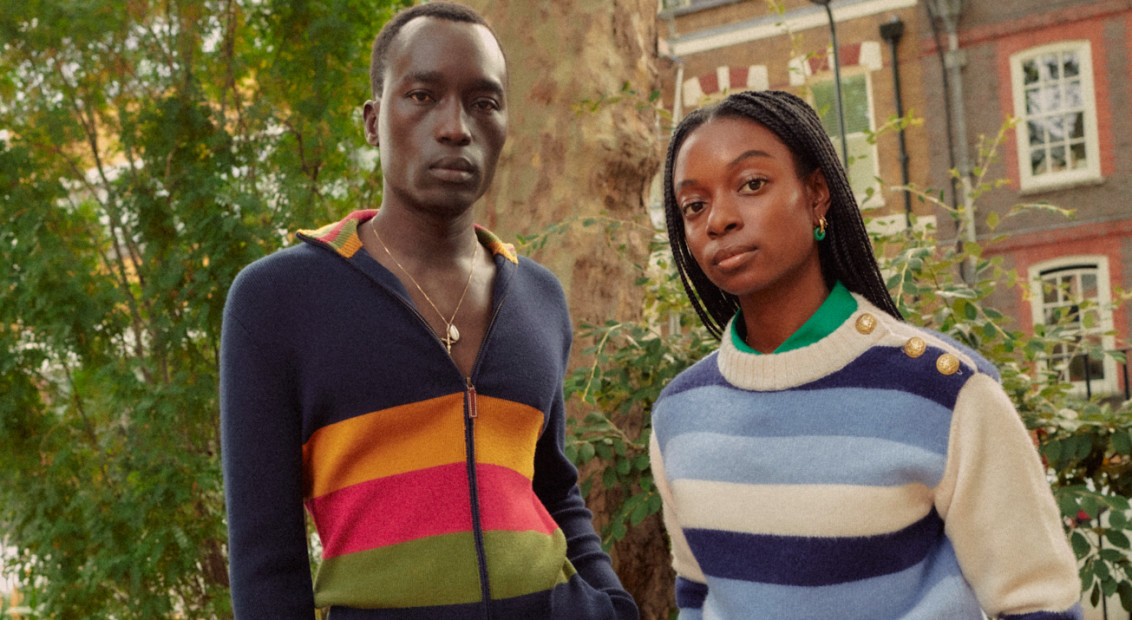 When MATCHESFASHION first launched its Innovators Programme back in 2017, it was conceived as an alternative, off-calendar platform where the most exciting young names in womenswear were afforded the space and support to reach their full potential. Its inauguration celebrated the new guard; non-conformists including Art School, Claire Barrow and Matty Bovan who had graduated with straight A’s from Fashion East. As MATCHESFASHION’s head of buying Natalie Kingham pointed out at the time, the initiative relieved pressure on emerging designers, providing financial and advisory support that freed them to do what they do best.

Now, the Innovators Programme has returned at a time when its support is needed more than ever. Fittingly, Kingham and MATCHESFASHION’s head of menswear Damien Paul have widened the safety net this year, with an expanded roster of young talent that for the first time includes menswear. A total of twelve designers will participate in the year-long programme, during which they will benefit from support across social and editorial channels as well as a healthy cash injection into their marketing outreach.

With names including Charles Jeffrey, Wales Bonner, Stefan Cooke, Bianca Saunders and Art School among others, it’s a vital lifeline to some of our most treasured designers. Below we speak to an edit of the designers involved about the programme alongside images of their work modeled by their chosen muses.

“I am super excited to be part of the Innovators Program and to be with such a great group of designers, we got to know each other through many MATCHESFASHION events and their support means everything. I love the way they’re able to connect us and make us feel like we’re part of something bigger. It means everything to me to have such great support and know that we’re in this together, I can’t wait to discover the full potential of our collaboration and see how it’s gonna help us grow.

On his chosen muse:

“For this project I wanted to choose someone I love, and I immediately thought about my boyfriend, Ignacio – it made perfect sense to choose him. It was a simple and evident choice because he wears [the label] so well and represents everything I love in a human being. He’s free, authentic, spontaneous and brave, doesn’t shy away from who he really is and I admire that.” 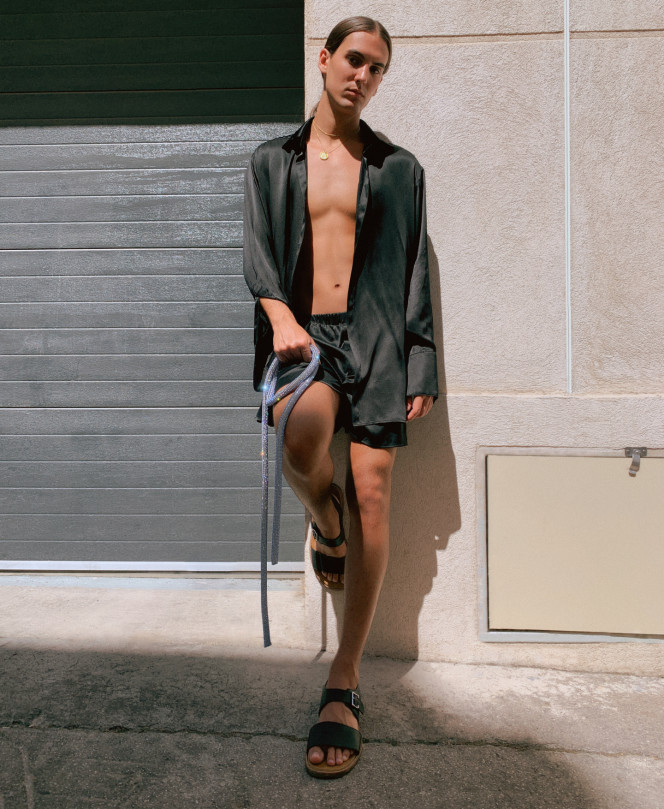 “The commitment to us as designers is really important – it means that we can plan our business for a significant amount of time in advance. I think its security, and that really means so much right now. With this, it means you can take more risks in the future because you know what’s going on financially and you have additional support, and in turn, it’s an innovation because of that. It also means that there’s a flagship place for people to go to for those clothes, which is really good.

“We picked Anton to be photographed in our clothes as he reminds us of how we were at ten-years-old – full of possibility and enthusiasm for a world that is so rapidly changing from one generation to the next. Anton is Stefan’s nephew and it’s been amazing watching him grow up; it’s exciting seeing the way he dresses and uses fashion as a form of communication, and how he is encouraged to do so.” 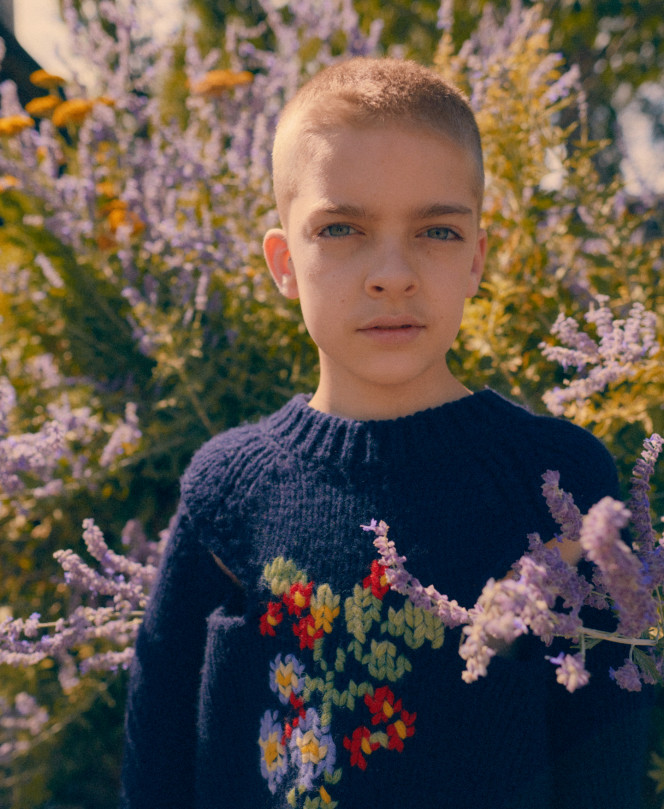 “I’m really excited to be a part of the MATCHESFASHION Innovator’s Programme. I have been working with MATCHESFASHION for almost five years, so we have a really brilliant relationship. It’s always really wonderful working closely with the team so I’m really excited to work more closely and to share the story behind what I’m working on and to really work closely with the mentors.”

On her chosen muses:

“Dennis is a model I have known for the last five years – he was in my graduate show at Central Saint Martins. He embodies the beauty, elegance and strength of the men I have in mind when I work on my collections. Rhea is a talented artist and I really admire her work. She is someone who I find inspiring and she’s a very engaging person.” 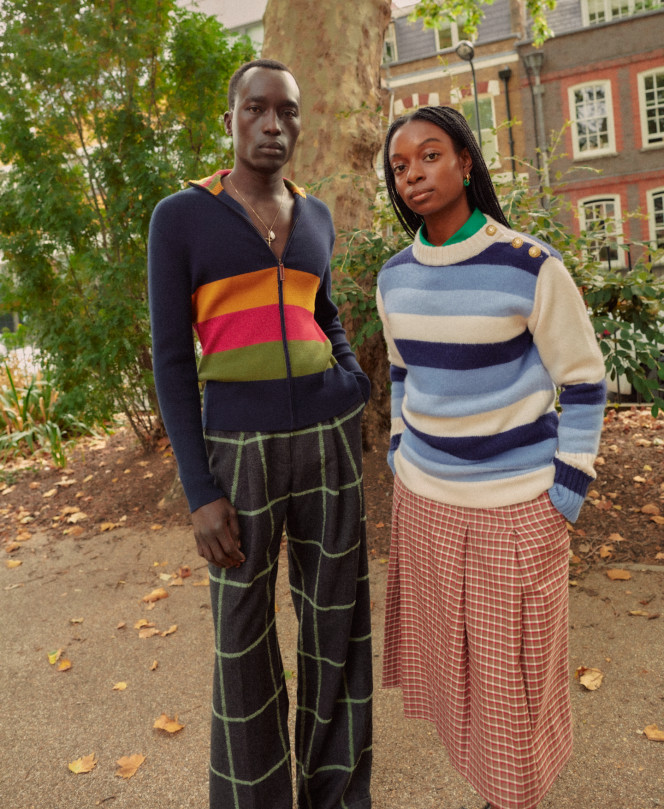 “Being part of the MATCHESFASHION Innovators Programme is quite an emotional experience for us. Natalie Kingham, who is the head of buying, has been one of – if not the most – important figures in my life coming into the industry. To have MATCHESFASHION support and her backing is vital to us being able to evolve as a brand and being included in such an amazing group of designers is something we’re incredibly proud of.” – Eden Loweth

“MATCHESFASHION is somewhere we have always wanted to be stocked, we love what it stands for and Natalie has been a real beacon for us the whole time, from when we were fashion babies to where we are now. Really shout out to her, her support means so much.” – Tom Barratt

“Alex has been a muse for the house since we met several years ago – for me she is a friend, confidant and someone who continues to inspire me in everything I create. Her effortless, unconscious style and attitude gives my clothes energy and a realness that, until meeting her, I hadn’t ever seen before within my work.” – Eden 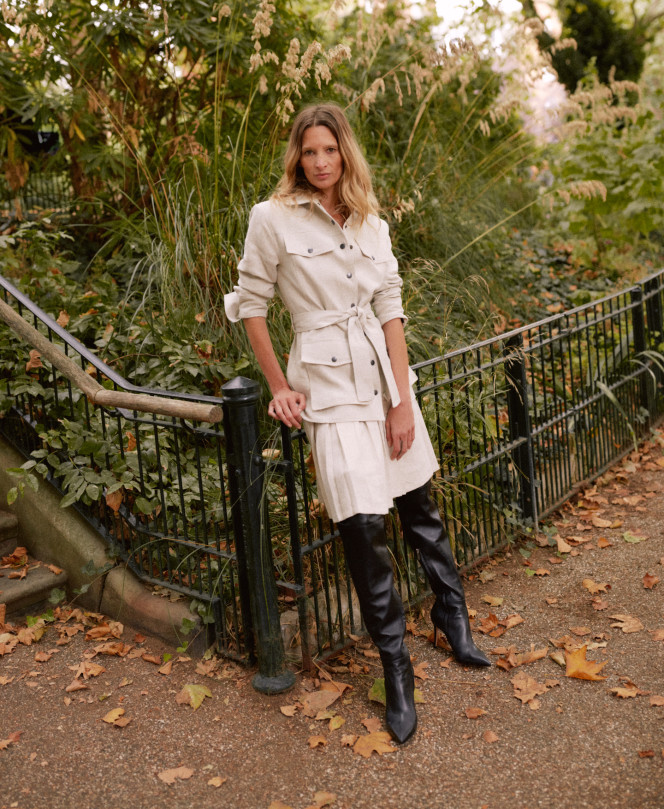 “I think it’s always been a dream of mine to be with MATCHESFASHION, it’s such a well-known company that believes in its designers and sees real growth. We think about sustainable clothing and creating sustainable brands is quite important and I think MATCHESFASHION has set the tone for that. As a brand that started from scratch, it’s important to have retailers that want to see the brand grow and are willing to support brands to progress forward. From the very beginning, MATCHESFASHION has worked hard with me and I have learnt so much from them being one of my supported stockist.

On her chosen muse:

“I chose Kevlin, a music artist, as my muse as he emulated the vibe of my FW20 collection, Videolight. We met at the casting for the show and he really had the style and strut to carry the collection exactly how I wanted it to be. He was confident enough to be his cool-and-collected self and had the right vibe I was looking for to represent my work.” 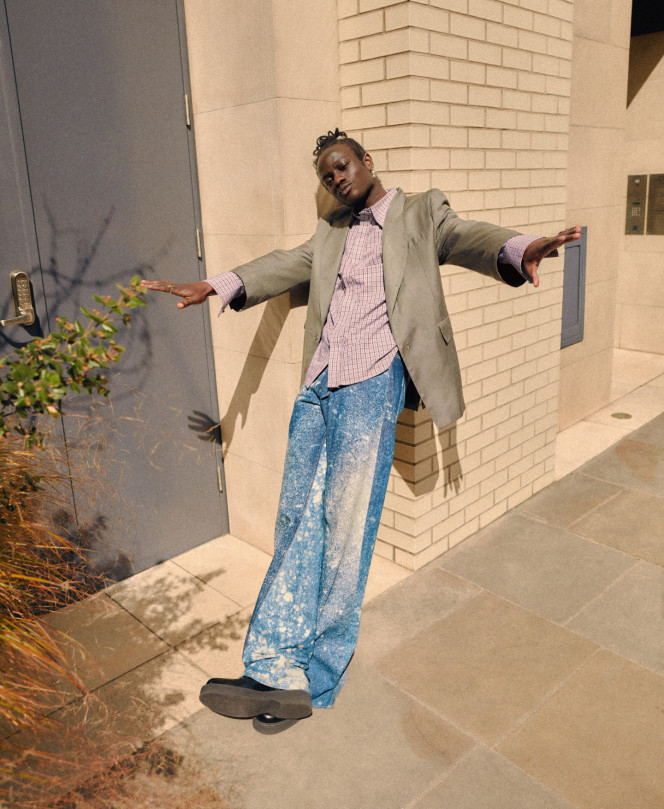 “Being part of the MATCHESFASHION Innovators programme is such an honour, to be recognised as somebody that is continuing to do something special with their work. MATCHES is one of the reasons we are where we are now, they were such huge supporters when we started, and they did it with such charm it’s been such an authentic relationship. They’ve helped us formulate our product range further.

The fact that we’re able to exist on the website in this way and to be able to speak about our products along with the big guns, the bigger brands, it’s been a real an honour to be on that level and see our products. MATCHESFASHION is a huge website and has a lot to say and if we’re part of that voice for a period of time, then that’s amazing.

On his chosen muses:

“I think I met Judith at an afterparty – for me, she personifies the LOVERBOY muse and woman: someone who adores music, fights the good fight, and loves the dark side of things. Lucia is a fellow Scot who is obsessed with music – I’ve been following her band for ages. There’s something about her that I find so compelling.” 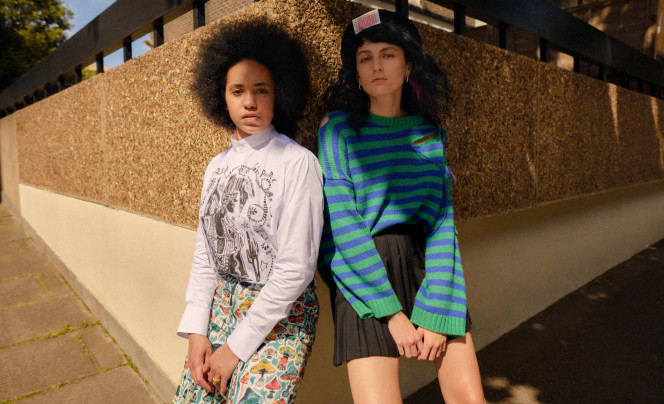 “Being a part of the MATCHESFASHION Innovators programme means so much because I think at a time like now to have this support is like that hug you’ve always wanted and needed. As a young designer who is still really figuring it out, I know who I am, I know what I stand for, I know what I love, but I’m still trying to find those next steps. I think it really gives the space to grow, innovate and fine-tune who I am. It’s really the greatest honour you can have as a young artist, to have someone who can almost guide you, someone in the global marketing and retail space who can lead you into the next stages of your career. I’m just really excited.”

‘Trey is someone who completely and utterly expresses all facets of individuality through the way they dress. My clothing is all about self-expression and individuality and Trey embodies the love and excitement that I hope my clothing gets across to the viewer. Trey makes me want to push myself more and I think that’s the point of your muse: someone who pushes you out of your comfort zone.” 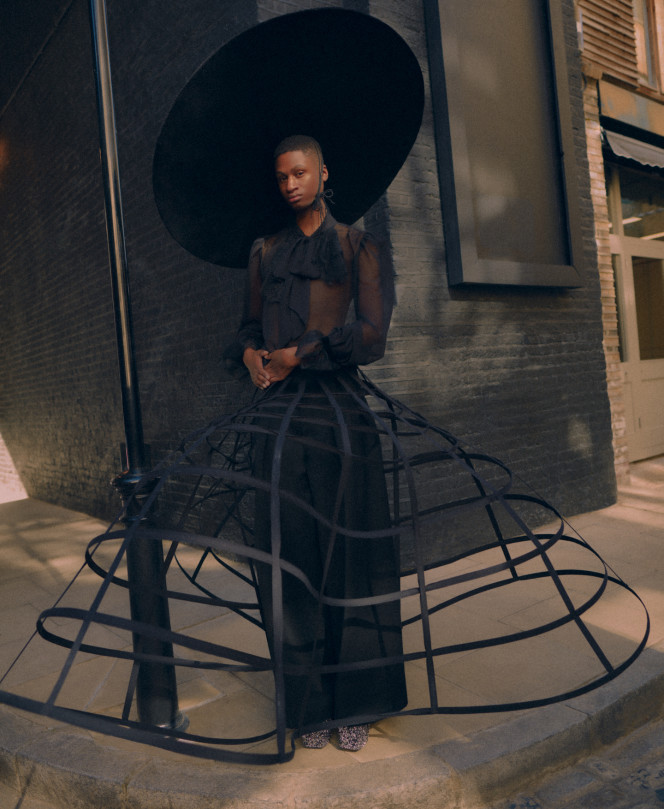