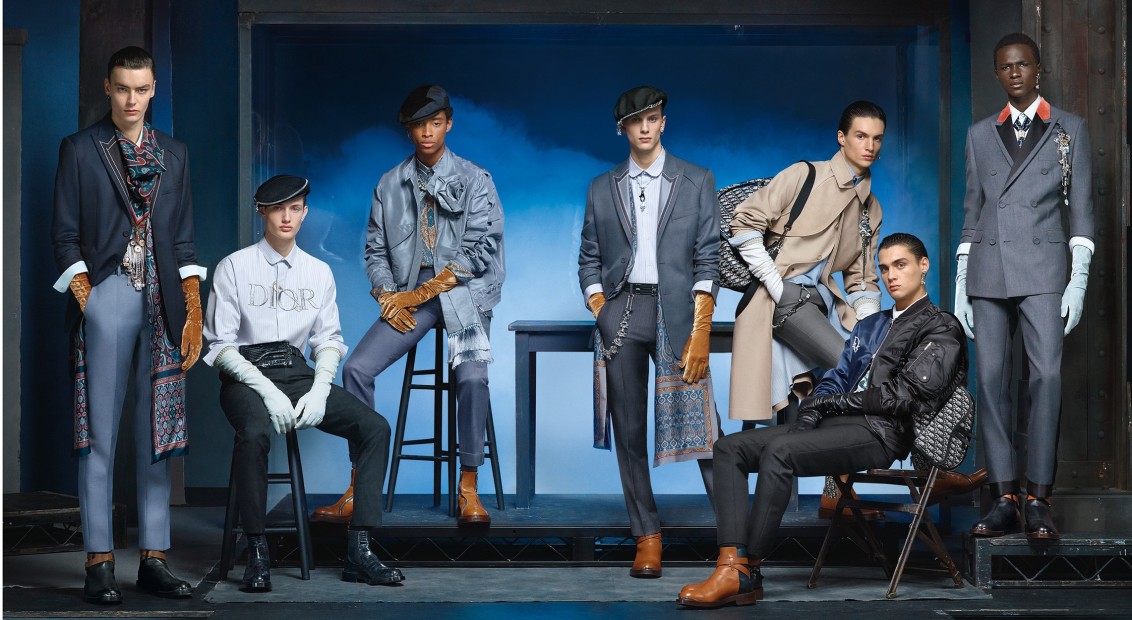 Picking up where he left off with Dior’s latest menswear show, Kim Jones pays tribute to the late Judy Blame in his latest campaign, re-purposing the same ethereal backdrop we saw earlier this year for a series of moody group portraits that evoke the style of the old Dutch Masters.

“I loved the show we did to celebrate Judy Blame and wanted to highlight the couture aspects of the collection by recreating the set for the shoot,” said Jones of the new campaign, shot by Steven Meisel. Surrounded by glass walls, a selection of models dressed in key looks from the collection are arranged like sitters in a group portrait from Rembrant or Jan de Bray (see: The Syndics of the Clothmaker’s Guild, 1662).

The silky elegance of the collection, emphasised by long opera gloves and arabesque scrolls of paisley, is fused alongside the familiar hallmarks of Blames’ inimitable legacy. Suiting adorned with padlocks and safety-pins symbolise that rebellious, subversive spirit Blame made his own – one he will always be remembered for. 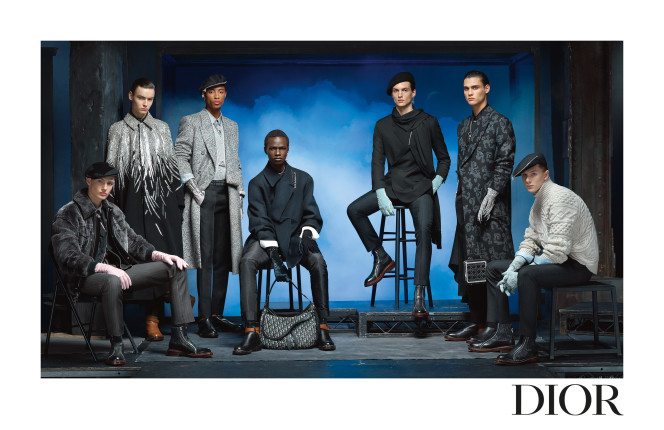