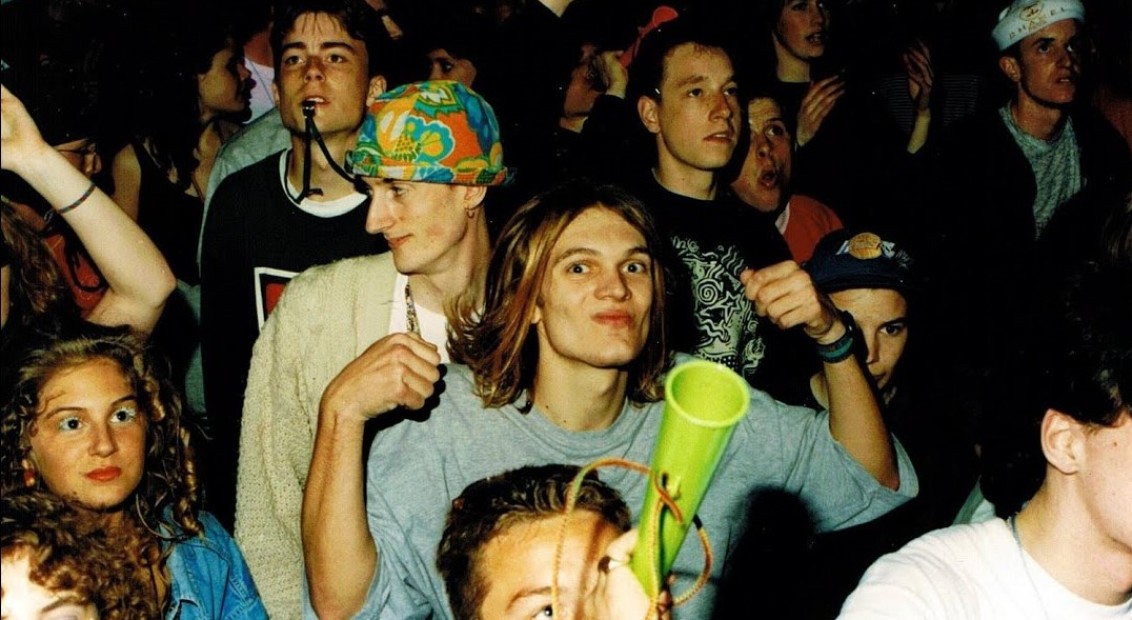 Jeremy Deller: art for the people

Turner-Prize winning artist Jeremy Deller is a maverick with a hugely varied practice rooted in activism and community. His broad and cross-pollinating interests result in complex sociopolitical works, often with a strong grassroots and wide appeal. From historical re-enactments to musical performance, political posters and city-wide processions, his interventions are performative and participatory, driven by a firm belief in accessibility and art for all.

A Penchant for the Public

Born in 1966 and raised  in London, Deller studied at the Courtauld Institute after attending Dulwich College – not the usual route for the anti-establishment artist he was to become who shuns the corporate art world that operates out of the capital. His work is rarely confined to galleries or museums, instead Deller prefers a more direct line of communication by exhibiting his work in alternative public spaces.

One of his earliest exhibitions, Open Bedroom (1993), set the tone for Deller’s habit of doing things his way. Held at his parents house while they were away on holiday, the exhibition was, in the artist’s words, a way of turning, “the slightly embarrassing situation of still living with mum and dad in my mid-20s into a ‘feature’”, with a series of small works that, “would have looked ridiculous in an art gallery.” Anyone was welcome provided they made an appointment – many did. 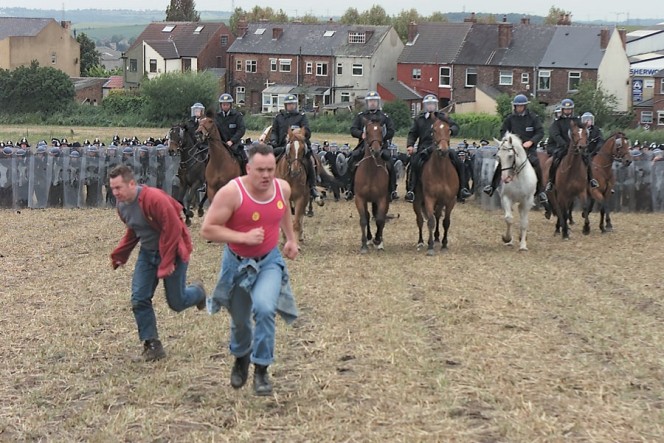 This public component to Deller’s practice reached new heights nearly a decade later with The Battle of Orgreave (2001), a filmed re-enactment of the infamous 1984 miners strike that remains one of Deller’s best-known works. Together with the public arts organisation Artangel who commissioned the work, Deller staged the event with the help of around 800 volunteers and 200 former miners.

By using veterans of Orgreave, who had found themselves chased through the south Yorkshire village by mounted police, Deller revisited an open wound in British history with a striking sense of realism. Deller said, “I’ve always described it as digging up a corpse and giving it a proper post-mortem, or as a thousand-person crime re-enactment.” 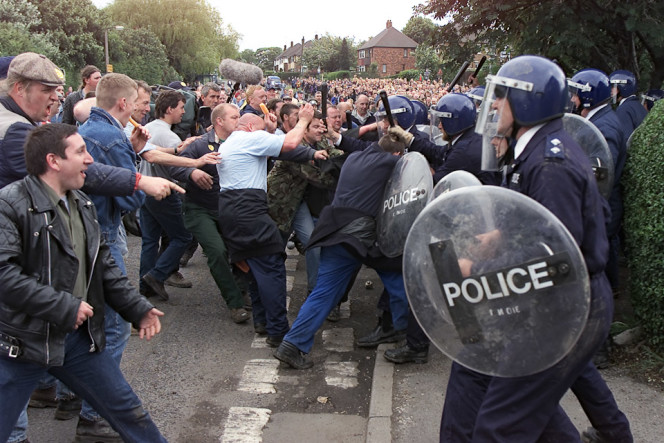 When Deller deals with objects they are usually not made by him and loaded with political connotations. In It Is What It Is (2009), a burnt-out car was towed to 14 cities across the US. The car had been struck by a bomb in Baghdad that killed 35 people and became a catalyst for conversations with local people about the Iraq war.

More recently, Deller harnessed a different kind of public participation for Sacrilege (2012), rendering Stonehenge into a giant bouncy castle that visitors were encouraged to jump up and down on. 100 years since the monument was ‘gifted’ to Britain, Deller marked the anniversary with a new kind of social ritual, one that, in its irreverence and slight absurdity, asked us to consider what this mysterious and quintessentially British monument really signifies. 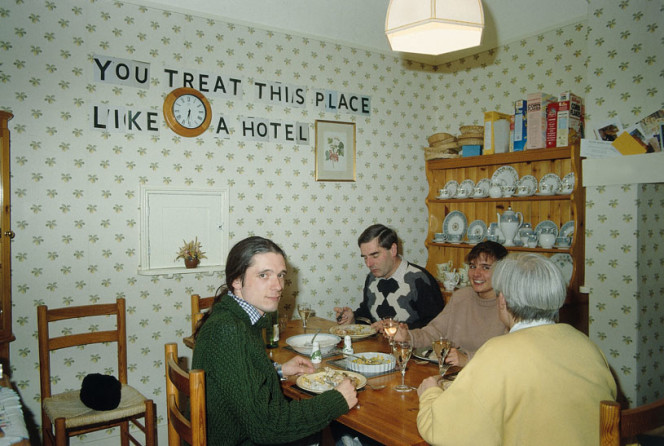 Music has always been central to Deller, who uses it as a vehicle of historical study and collective participation. The intricate relationship between music, politics, popular culture and historical events were first mapped out in The History of the World (1997), a sprawling  wall-chart, mapping the connections between Acid House and Brass Bands. That work provided the blueprint for Acid Brass (1997), in which Deller employed a brass band from Stockport to riff over acid house anthems (many of which were staples of the Manchester scene of the late 80s) and Detroit techno, both genres the artist saw as, “two authentic forms of folk art rooted in specific communities”.

The work was crucial to Deller’s practice in terms of opening his imagination to the potential of collaborative projects with the public. “I realised that I didn’t have to make objects anymore,” Deller recalls. “I could just do these sort of events, make things happen, work with people and enjoy it. I could do these messy, free-ranging, open-ended projects, and that freed me up from thinking about being an artist in a traditional sense. I had been liberated by a brass band.”

Other highlights include works that combine music with film, such as Our Hobby Is Depeche Mode (2006), which traced the Essex band’s die-hard fan base across eastern Europe. More recently, Deller made a documentary for the BBC exploring the cultural legacy of Britain’s rave scene during the 80s (Everybody in The Place: An Incomplete History of Britain 1984-1992). The period is deeply embedded in Deller’s work, an epochal moment of spontaneous cultural subversion during which the rave scene represented, “a death ritual marking the transition of Britain from an industrial to a service economy.” 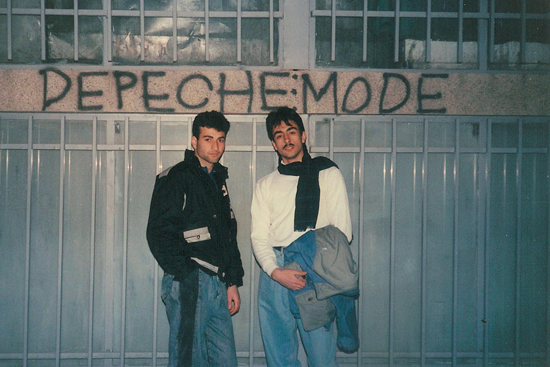 Deller’s work is astutely political without appearing partisan or committing to any party affiliation. Together with Deller’s anthropological interest in cultural histories and the democratic potential of art, this means he rarely strays far from the subject. Take English Magic for example, his 2013  contribution for the British Pavilion at the  Venice Biennale, in which he presented an immersive meditation of British national identity  by referencing myth, folklore and popular icons. Or in Do Touch (2015), when, in collaboration with several of Finland’s largest  historical museums, he transposed museum objects into shopping malls and railways stations for any passer-by to handle. Deller here demystifies the traditional art world and literally brings art to the masses.

Deller’s public activism also takes the form of widely available posters, to disseminate political messages. His middle-finger response to Theresa May’s government slogan was ‘Strong and stable my arse’ (2017), and in the wake of Cambridge Analytica, he produced posters with step-by-step instructions on how to delete a Facebook account. These posters allow Deller to infiltrate our streets and homes virally, underscoring his commitment to producing quietly revolutionary works. 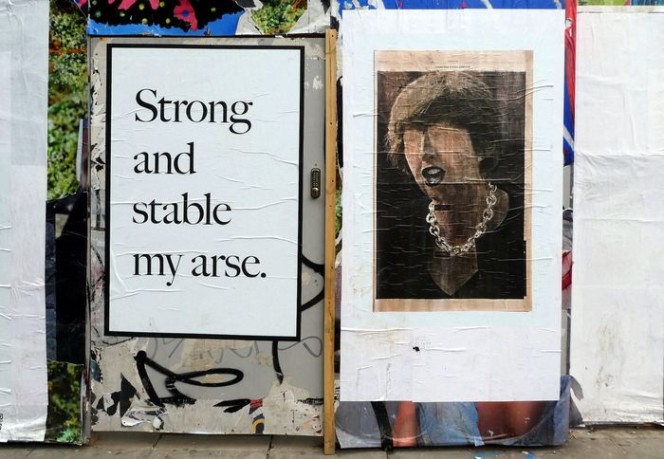