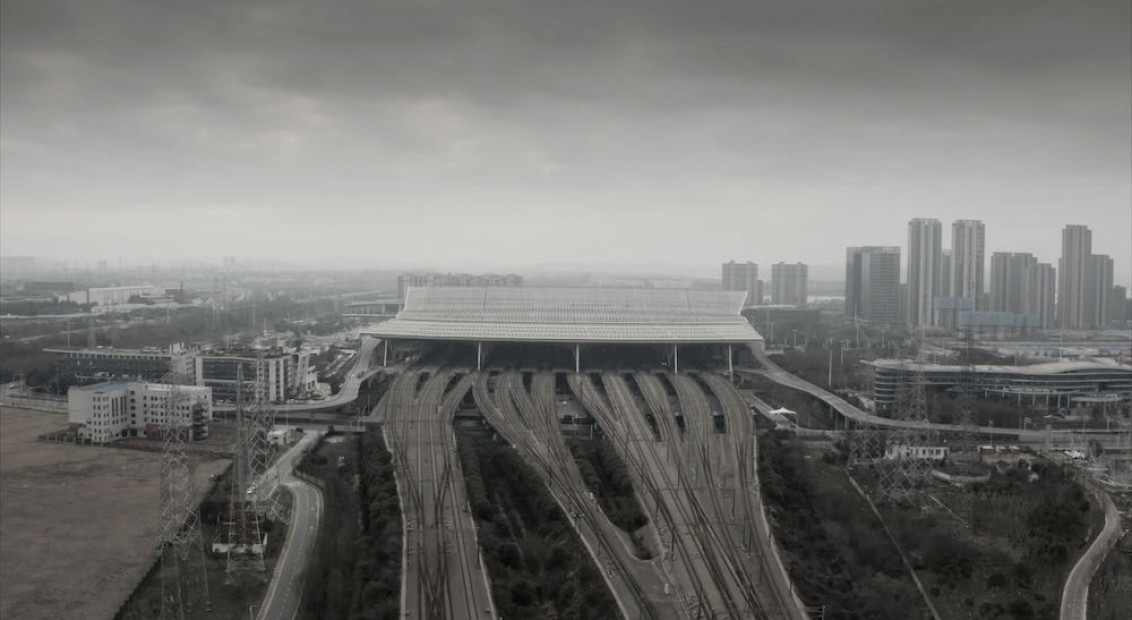 A figure dressed in a hazmat suit segues through empty streets with a Ghostbuster-esque cannon trailing a fog of disinfectant, bodies mummified in plastic are hauled onto hospital beds and a vast train depot stands ghostly still, all soundtracked by an ominous electronic beat. Watching the trailer for Ai Weiwei’s latest documentary Coronation, filmed at the epicentre of the deadliest pandemic in living memory, you could be forgiven for mistaking it for the latest post-apocalyptic blockbuster.

That’s not to say there’s aren’t distinctly dystopian threads to the story that emerges. Beginning in December last year, the documentary follows the first human diagnosis of Covid-19 and the subsequent efforts made by the state to hide the truth. Medical professionals that dared speak out were silenced and statistics regarding the number of cases and rate of transmission were concealed. Just over six-weeks later the city is placed under full lockdown, signalling the beginning of a nightmare we are yet to wake up from.

The real story here is about China’s crisis control. Specifically, the speed with which they were able to mobilise pervasive measures to suppress the outbreak: from transporting 40,000 medical workers to the city from across the country, to ramping up surveillance, media control and massively expanding medical infrastructure overnight. The response to the crisis tells us a lot about contemporary Chinese society and the role of the state within it. The documentary ask us to consider the imlplications of this relationship, specifically whether individual human agency can hope to survive in the face of such stringent collective obedience.

Filmed by residents of Wuhan and directed remotely by Weiwei, the film is a peephole to a social paradigm radically different from our own but where many of the same questions still apply.

Watch the film for £5 here.