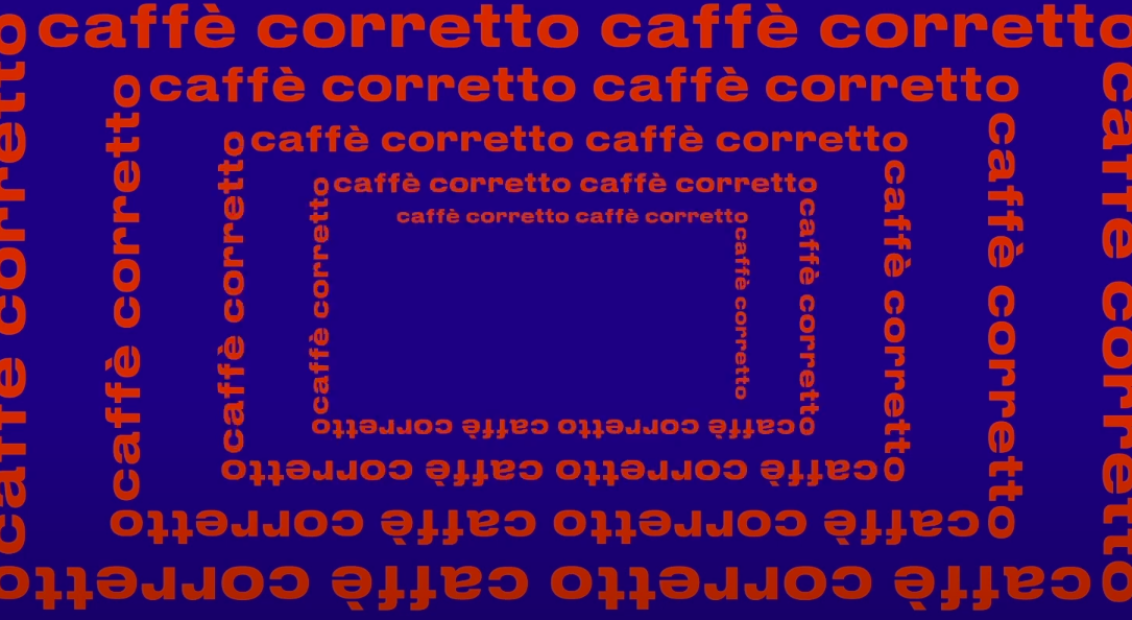 Music, as with life, is a matter of sliding doors, a healthy dose of irony, and some badass grooves. It is with these principles, some ten years ago on the hills surrounding Florence, that this story begins. There, musician and composer Pearz (aka Francesco Perini) and graphic designer Raissa Pardini, first met at a time when were both performing around Italy. In 2011, Raissa left Italy to pursue her graphic design career in Berlin and the two parted ways, reuniting again in London a few years later.

After relocating to London with his band, Hacienda, Francesco became an esteemed session and touring musician with the likes of Tess Parks, M!R!M, Suki Waterhouse and Go!Zilla. Yet during the recent lockdown, Francesco began to create music himself, channeling a multi-faceted sound that mirrors the musician’s many cultural and aesthetic inspirations, from 1970s Italian soundtracks to his love for imagery rooted in retro advertising and design. In parallel, Raissa was building an impressive career with her bold and colourful style, building on the psychedelicized Art Nouveau aesthetic forged in 70s San Francisco and creating imagery for brands – Dr. Martens, Vans, Fred Perry – and bands – Squid, Idles, The Orielles.

When the two re-connected, the visuals to Pearz’ debut single Caffè Corretto were born. An ode to the Italian tradition of pouring a drop of Sambuca into espresso taken from Perini’s upcoming EP Nocturnal, the accompanying video, designed by Raissa, is a nod to the golden days of Italian advertising in the 1930s and 60s. The animated sequences of Futurist-inspired geometries not only compliment the track’s dynamic groove, but set the scene to an imaginary advert for Pearz’ very own coffee blend.

On a scorching late July afternoon, the duo went back to Florence where everything started, to chat about friendship, collaboration and, of course, to sip a caffè corretto.

Francesco Perini: Do you recall when we first met? I think it was many years ago around 2011.
Raissa Pardini: Yes. In Limonaia, this club in Fucecchio, Tuscany. It was the only venue where you could listen to international bands in our area.

FP: It was special because it was a point of connection for several Italian provinces, Florence, Pisa, Lucca. You could meet with young people not necessarily from your town.
RP: The owner, Francesco, was very much into British culture, so when Indie became a thing he started hosting those kind of bands, and I would DJ there. It was among the Tuscany hills; it was very suggestive to play there.

FP: The first time I saw you, you were spinning some records after one of our Hacienda gigs. Every time we performed there it felt like playing on home turf, it was always sold out.
RP: It was just a matter of time before we met, we were destined to. Then you came to play in Milan, where I had moved to study graphic design, and there we got to know each other better.

FP: Those were very fun days!
RP: Hacienda were a very much loved and followed band. Even if you had not been local, I would have listened to you because you were one of the only bands in Italy at the time with an international sound.

FP: Thanks. I’m a big fan of your work as well. It was in Milan when you showed me one of your first works. You had just started making magazines and posters for your DJ nights. I remember they were distinctively 60s rock ’n roll and 70s punk, all styles that I was really into back then.
RP: Yes, you and the guys crashed at mine after the gig. 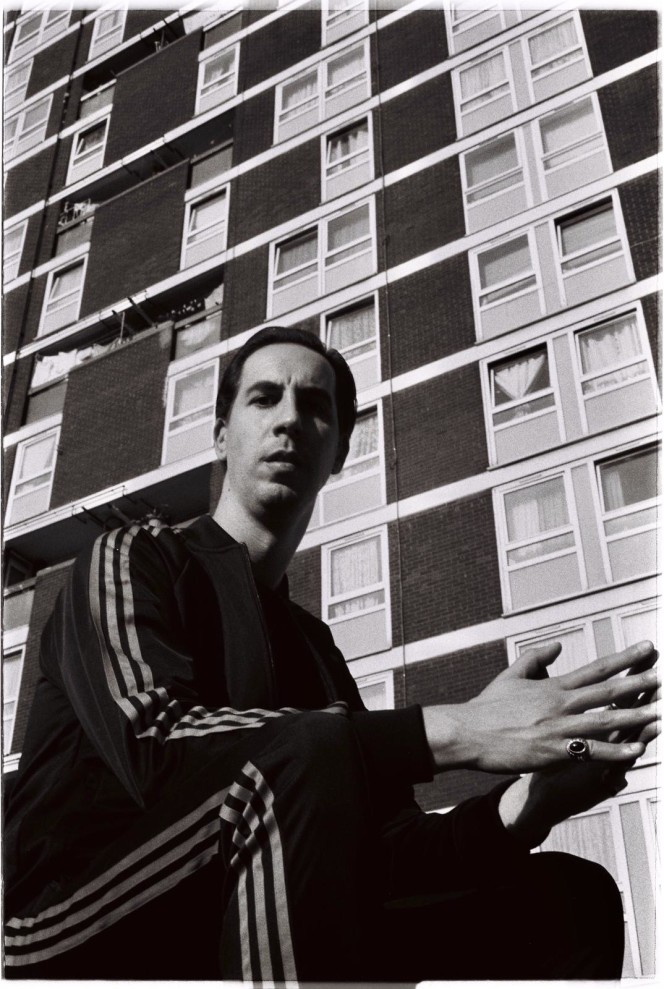 FP: When, in 2013 Hacienda decided to re-design their logo, you made it. It looked like a logo from the Nuggets compilation series. Since then, I started following your artistic path, so when I had to choose who to work with for Caffè Corretto, I didn’t have to think twice.
RP: When I noticed that some of your promotional photos were shot by Alessandro – who was in the band too and he also happens to be one of my best friends – I thought it would have been nice to keep it in the family. I think that we share a way of approaching and understanding music that is very similar, so that gave me a chance to use some details and graphic solutions that maybe other bands would not let me use. Working on the video was something exciting for me too.

FP: From the very start I wanted to work with people I respect and esteem professionally, so that I wouldn’t have to impose too many restrictions on their creativity. When I saw Musica, your exhibition in London, I understood you were perfect for me because I didn’t even have to guide you. You’re free to do whatever you want to do.
RP: We had so many chats about music over the years – those [formed our] friendship. Seeing you play on stage with artists as different as Tess Parks and M!R!M – whose first gig I actually put on in Viareggio [Tuscany] – I witnessed all the sides of your musical skills. I think that during lockdown you put your bold music ideas ahead to do something solo, and your style really came out. The same happened to me since I moved to Glasgow and I stopped working for a company to start my own studio.

FP: You always hustled, you’ve always been creating. I’m not surprised you ended up finding your own style and working for acts as big as Idles.
RP: When you sent me the single I was glad because I could spot in it many of our conversation topics. I noticed there were many styles and influences that I believe were rooted in your passion for retro Italian music, but that also went beyond that sound. The track reflected your aesthetics that flow from the way you dress to the way you speak or act. To me, it was a matter of working on those Italian traits that define us, that we are proud of, that make up our culture and that also define your music.

“I believe that being in the Mediterranean, being surrounded by the warmth of the sun and vivid colours doesn’t only influence music, but also the way we furnish homes, or the way we dress – think about how sunglasses are such an Italian staple.”

FP: I like Italian 70s aesthetics, especially relating to interior design, architecture, lamps, massive ashtrays. All things you used to spot in most people’s houses and that stayed untouched over the years to the point they became kitsch. [Italian PBS] RAI TV graphics have always inspired me too, both those of sports shows and of adverts like Campari.
RP: Definitely. When I worked on the graphics for Caffè Corretto, I looked for colours that mirrored the track’s groove and dancing feeling. Being inspired by Futurism, I could trace in the song many references to the drink adverts by Fortunato Depero, who worked especially with Campari. There’s Campari orange and nocturnal blue. I think Italian TV has always been deeply inspired by design and graphics, even chairs in the studios.

FP: I think this sense of style went on until the 90s. Growing up as a teenager I used to be into Mod culture, 60s style and riding scooters, although I wasn’t strictly a Mod. Although I’m not so much into those things anymore, the love for retro design and graphics remained. We’re talking about Italy now, but Iran or East Germany had some amazing graphics in those days too.
RP: I also believe that the sense of community is important to us. We have pride in being part of a group of people who fight to preserve the concept of beauty and style regardless of trends or being absolutely strict like those who go to Mod nights only.

FP: Exactly. Personally, I don’t think it’s a matter of dressing up in a costume if you like 70s style. It’s like punk, it’s an attitude you carry inside. I think that for people like us this style isn’t a trend lasting a couple of years, it is something we have carried with us for a long time.
RP: I could picture us going clubbing to Fabric first and then dancing Northern Soul later on the same night. We appreciate things both design and music, as long as they are properly done with style.

“Being inspired by Futurism, I could trace in the song many references to the drink adverts by Fortunato Depero, who worked especially with Campari. “

FP: Here in Florence, where there’s a big house scene, I had many friends saying that this track has a house feeling to it. Maybe I wanted to join both of my sides: my present and my past.
RP: I think you did. I believe that being in the Mediterranean, being surrounded by the warmth of the sun and vivid colours doesn’t only influence music, but also the way we furnish homes, or the way we dress – think about how sunglasses are such an Italian staple.

FP: In Italy there’s always a particular and bold approach to fashion .
RP: However, I feel that all these influences aren’t very much listened to by Italian people. I think that having a similar background we both felt the need to go abroad.

FP: It’s true. It’s actually abroad that I developed a broader interest for Italian culture.
RP: Living in multicultural places definitely enriched us, they inspire you. I started to appreciate Italian things only when I went abroad as well. Maybe the caffè corretto too, you even wrote a song about it.

FP: It was a bit extreme sometimes [laughs]. Some may think it’s romantic, but many times me and my mates would drink it at 6am to stay awake and face the school day after a night out.
RP: Traditions inspire us, but it takes a bit of time to understand and appreciate them. Now that I’m re-watching The Sopranos, I am seeing many extreme things but they’re rooted in Italian culture, like countryside festivals.

FP: Absolutely! I’d love to do small Italian parish festivals. Actually, when I first started playing live with Hacienda around 2004 and 2005 we’d tour these small local venues around Florence that would pay us in wine.
RP: That’d be hilarious to see [laughs]. I’m very excited for the EP to come out.