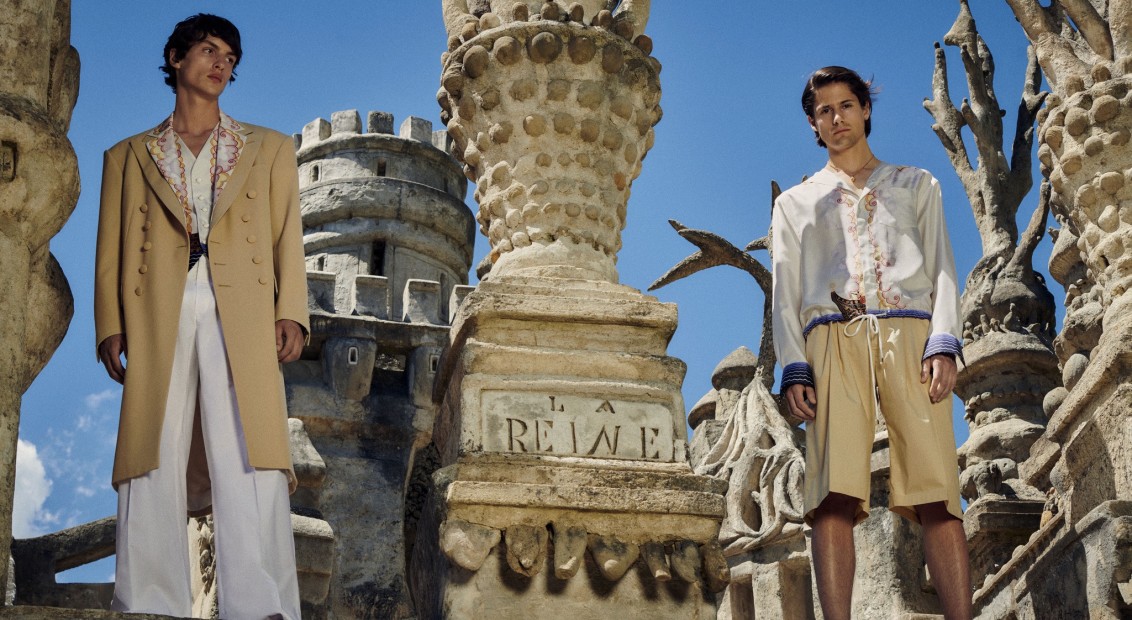 Since taking the helm at Lanvin, Bruno Sialelli has consistently played between the lines: balancing between fact and fiction, real and fantasy, subconscious and conscious, memories and reality. In tune with the playful nature of the storied house’s founder, Jeanne Lanvin, this Pre-Spring 20201 season saw us advance on this wonderfully eclectic journey, guided by Sialelli. 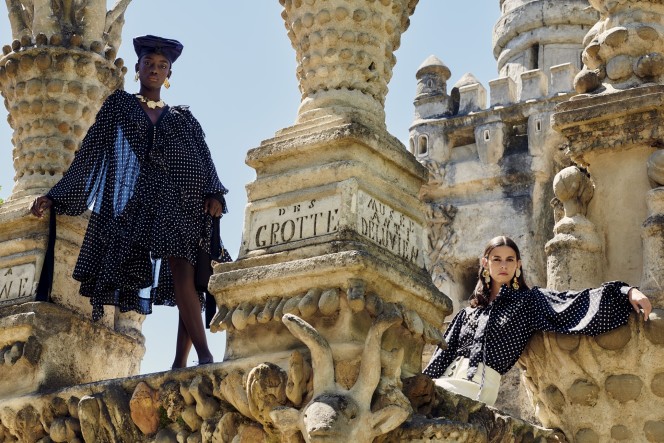 Devised during lockdown, for SS21, Sialelli dug deep and let his mind wander through introspective recollections – pulling fleeting images from movies and magazine editorials into a sort of headspace moodboard with transportive energy. As the press release read: “They are simultaneously reflective of a subconscious desire for escape, adventure – joie de vivre, recaptured again.”

For this, Sialelli took us to Le Palais Idéal, an extraordinary, whimsical castle of grottoes in Hauterives, France. The labor of love of French postman Ferdinand Cheval, he spent 33 years constructing the incredible building out of pebbles collected in a wheelbarrow on his rounds. Appearing like the world’s most exceptional sandcastle, the palace is sprinkled with short quotes and poems hand-carved by Cheval himself, one example being “Out of a dream I have brought forth the Queen of the World.” A work of pure inventive imagination and stoic determination, you don’t have to listen hard to hear how the building echos Sialleli’s own design artistry.

Cheval’s incredible feat of design was quick to influence, receiving recognition from luminaries like Pablo Picasso, Niki de Saint Phalle and André Breton in the 1920s – the decade Lanvin’s vision began to garner global recognition and where Sialelli roots his latest collection for the house. 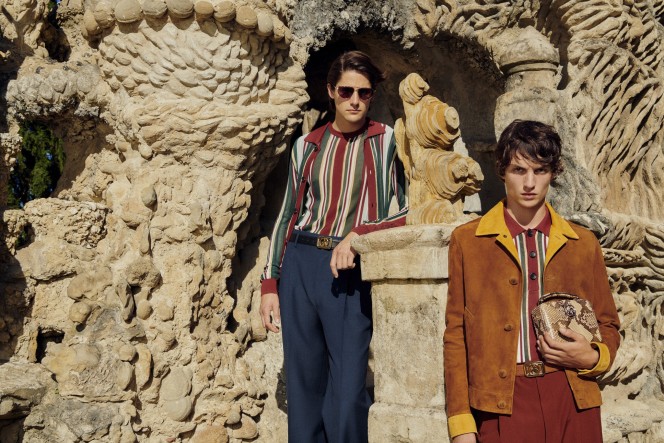 Taking this idea of ambitious imagination and tuning it with Lanvin’s house codes, Sialelli’s own pebbles consist of delicate pieces embued with a quintessential Frenchness. Foulards, blouses and louche, pastel tailoring formed the backbone of the collection while Lanvin blue features heavily and the house’s emblem, designed in 1923 by Paul Iribe, inscribes buttons rounded like a bottle of the 1927 Lanvin parfum Arpège. Elsewhere, the house’s signature ‘Sugar’ bag is revived and reshaped, and styling details like silk gloves, turban hats and oversized sunglasses refer to the glamour of “interwar couture and the fantasy of fashion proposed by cinema.” 100 years on from the 1920s, this feeling has energised optimism.

Expanding Lanvin’s collaborative history, this season saw Sialelli further evoke the 20s through a collaboration with the estate of the Russian-born French artist Romain de Tirtoff, known by his pseudonym Erté. Within the collection, his lavish art deco designs become elegant prints sprinkled throughout. Drawing influence from diverse, historical sources – such as Russian iconography, Byzantine mosaics, Greek pottery and Indian and Egyptian art – you can connect the dots from Erté to Sialelli with relative ease.