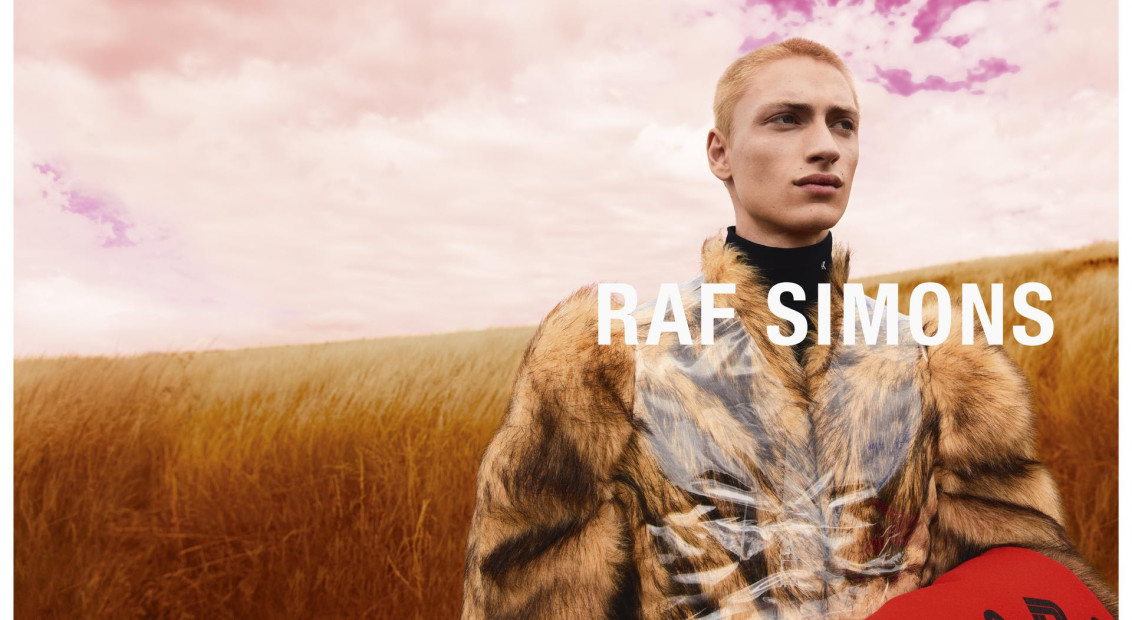 Today, Raf Simons has unveiled his FW20 campaign and he’s taking us to the countryside, trekking through cornfields beneath trippy, candyfloss skies. 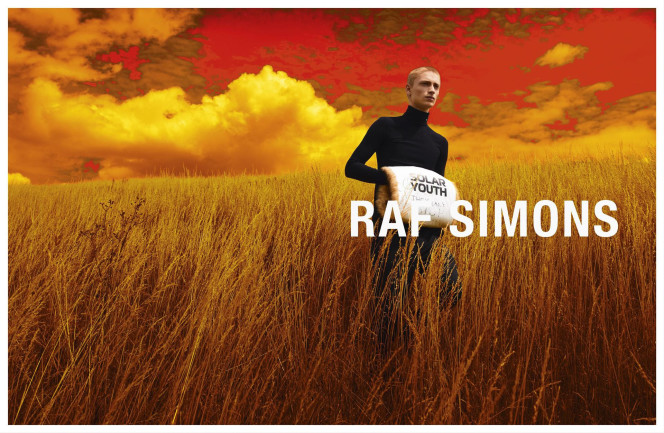 Photographed by longterm collaborator Willy Vanderperre and styled by Olivier Rizzo, the imagery sees models Luca Lemaire, David Musefano and Lennert De Lathauwer fully clad in the Flemish designer’s FW20 collection – a futuristic vision that introduced a new “Solar Youth”, armed and ready for an unpredictable future – as they explore a technicolour vision of nature. Within the campaign, this blend of dystopian optimism (so Raf) is echoed throughout. 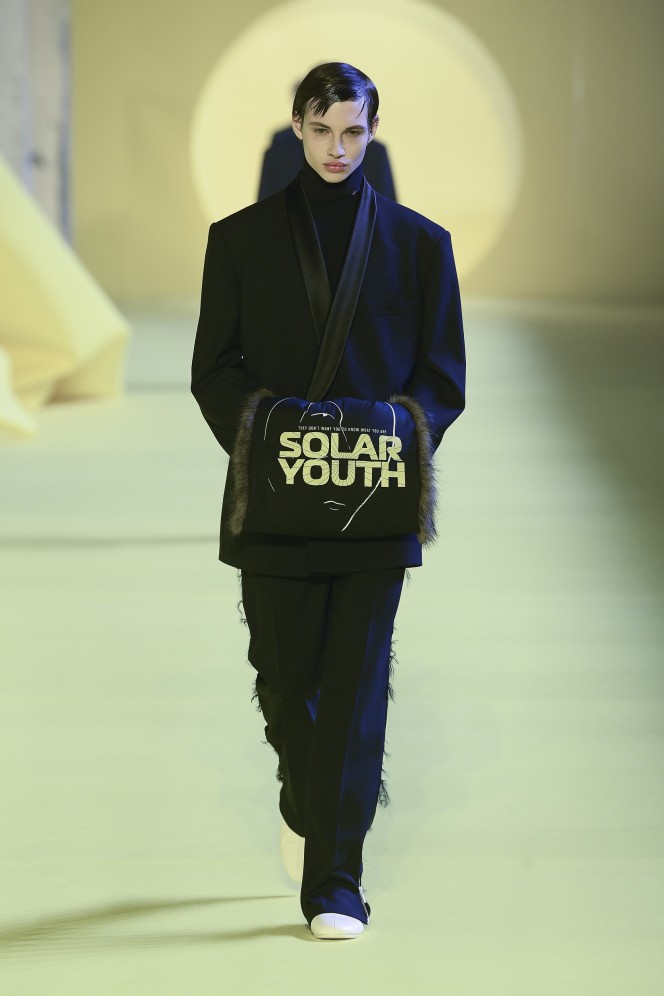