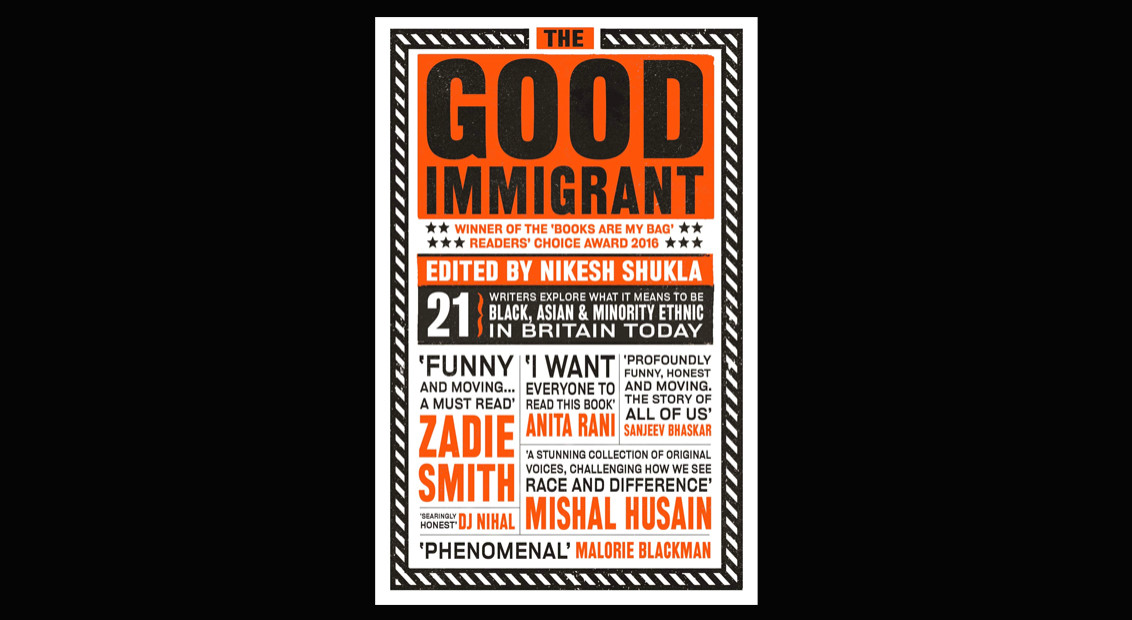 The Good Immigrant by Nikesh Shukla

Released in 2016, The Good Immigrant collates 21 essays by different writers on what it means to be a person of colour living in the UK today. Its editor Nikesh Shukla (Coconut Unlimited, Meatspace) grounds the study in the idea that immigrants entering this country are subcategorised as either ‘good’ or ‘bad’. Those in the former category are accepted into mainstream white society where they are upheld as paragons of multiculturalism, while those in the latter are defined in terms of their ‘otherness’.

This premise sets the tone for an exceptional range of theoretical studies, recollections and analyses that unpick the systemic and latent forms of racism that undergird British society. These narratives are as educating as they are essential, recalling the experience of those who are made to look in from the outside, whose voices are rarely heard and whose cultures are so poorly understood. In one excellent essay from Chimene Suleyman, she talks about the origins of her family name in Cyprus, where pronunciation and language are seen as remnants of cultural trauma. In the UK she argues, no such distinction is accommodated because as she suggests, “standardisation is the backbone of empire”.

In another excellent piece by Riz Ahmed, the London-born actor, rapper, and activist describes the same structures of racism that he is forced to endure in both airports and auditions. In both private and professional life he is constantly reminded of his ‘otherness’, as he writes, “The pitfalls of the audition room and the airport interrogation room are the same. They are places where the threat of rejection is real. They’re also places where you’re reduced to your marketability or threat-level, where the length of your facial hair can be a deal breaker, where you are seen, and hence see yourself, in reductive labels.”