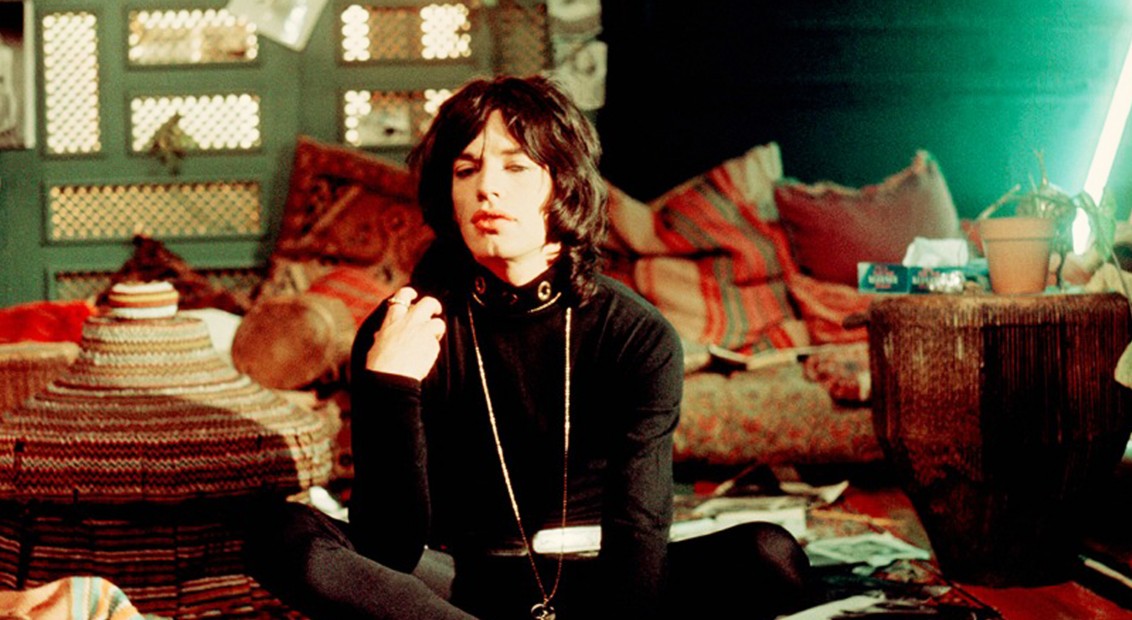 Nicolas Roeg: twisting the psyche and turning rockstars into actors

Nicolas Roeg often claimed that ‘time’ was his greatest obsession, and his aim as a filmmaker was to maximise its malleability in order to reveal narrative depths. This non-linearity became the calling card of Roeg’s, and his run of five films from 1970 to 1980 – Performance, Walkabout, Don’t Look Now, The Man Who Fell to Earth, and Bad Timing – was as defining to his career as they were to cinema as a whole. Provocative, otherworldly and genuinely odd, the British filmmaker pioneered a radical, new style of filmmaking that blended British realism with a sense of mystique that tugs at the edges of our consciousness.

Growing up during World War II in Southern England, it’s said that Roeg used to watch the dogfights in the sky and wanted to be a fighter pilot himself. However when the war ended, Roeg found himself in pursuit of new dreams, working at the bottom of the film industry chain, lugging films cans up and down Wardour Street and operating the clapperboard.

It was here, during his lunch breaks, that Roeg discovered the Editola, a primitive, reel-to-reel dubbing machine that allowed him to play footage both forwards and backwards, shifting ideas of time and speed. This experience had a formative effect on Roeg that was set to radically inform his future career.

Roeg’s first major break was at Borehamwood Studios where he began working with the cinematographic department, assisting on sets and setting equipment. And by the 60s, he’d worked his way up to being a director of photography, designing compositions and lighting for films including David Lean’s Lawrence of Arabia (1962); François Truffaut’s Fahrenheit 451 (1966) and The Masque of the Red Death (1864) for b-movie king Roger Corman. Roeg would spend twenty years honing his craft as a camera operator and cinematographer. 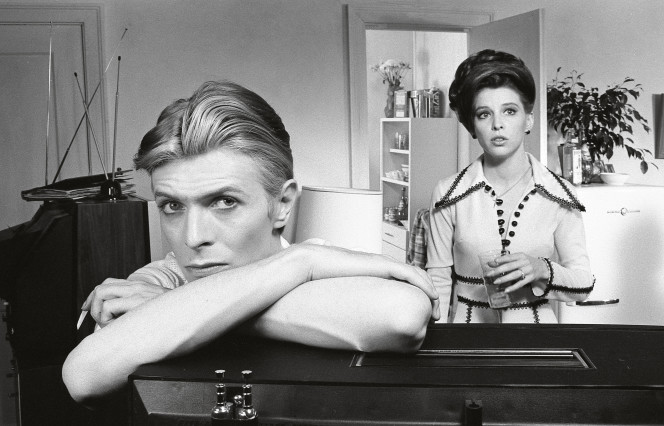 The Man Who Fell To Earth by Nicholas Roeg,1976
Taking the reigns

These experiences working alongside directors fed Roeg’s ambition to spin his own narratives. By the late 60s, this ambition turned reality with a little help from Scottish artist Donald Cammell and a certain Mr M. Jagger. Set in the height of late 60s London (the darker side to the earlier swingin’ sixties verve), Roeg’s identity-bending debut film, Performance, was a bohemian heady mix of gangsters, drugs and sexual abandonment that has since cemented as a cult classic. Starring James Fox as a gangster on-the-run holed up in the Notting Hill apartment of rundown rockstar Turner (played by Jagger). As the film goes by, the duo’s identities become blurred as drugs and psychological games collapse the walls of reality.

Themes explored within Performance would reappear throughout Roeg’s career: within the haunting supernatural mystery Don’t Look Now (1973), the hallucinatory sci-fi cult classic The Man Who Fell to Earth (1976) (starring David Bowie as a beautifully exotic intergalactic visitor), and the dark and sensual tale Bad Timing (1980) starring Art Garfunkel. This period proved Roeg’s sweet spot, highlighting his excellent use of fractured editing and unhinged camera movements to probe the human psyche and scratch at reality’s surface.

Having truly established his name within the industry, in 1983, Roeg was approached by Muppets creator Jim Henson to direct an adaptation of Roald Dahl’s children’s novel The Witches. Applying his approach to Dahl’s unnerving children’s classic proved a stroke of brilliance, providing a whole generation of kids fuel for endless nightmares. Perhaps the only horror film made for children, Roeg’s visual language proved the perfect level of sweet and sinister, utilising classic cinematic horror techniques to create genuine moments of terror that clung to the collective consciousness. While underperforming at the box office, the film proved a major success with critics and audiences since – a running theme throughout Roeg’s career; it takes a bit of time for us mere mortals to wrap our heads around the filmmaker’s ideas.

In 1994, Roeg was awarded a British Film Institute Fellowship and in 1996 he was made a Commander of the Order of the British Empire, having truly earned his place at the vanguard of British cinema. In 2018 Roeg sadly passed away at the age of 90.

Performance was the film that set Nicolas Roeg on his directorial path. Co-directed with Scottish artist-cum-filmmaker David Cammell, it’s effectively two films in one: beginning as a British gangster movie with tropes that would go on to define the genre, halfway through, Jagger turns up as the washed-up rockstar Turner. Living in a bohemian menage-a-trois with Anita Pallenberg (Pherber) and Michèle Breton (Lucy), Turner’s appearance transforms the narrative into a hallucinatory trip that, with its exploration of identity and sexual fluidity, defined that darker cultural streak that followed the swingin’ sixties.

Set in late 60s Notting Hill – something of a dangerous slum district back then – the film is a vivid time capsule of the experimental bohemianism and libertine Chelsea lifestyle of the era. From Turner’s enviable boho pad (with its patchwork of Moroccan rugs, dandy decor and a bath big enough to fit three) to its real-life cultural impact: it was rumoured that Mick Jagger and Anita Pallenberg – then in a relationship with Keith Richards – played out sexual scenes in the film ‘for real’. When Richards heard the rumours, he apparently took to sitting in his car outside the house where the film was being shot.

While being Roeg’s first time behind the camera, Performance optimised many of the visual tricks Roeg would gradually introduce to the cinematic world, not least the iconic Memo from Turner scene, in which Jagger sings an original track created for the film (with slide maestro Ry Cooder on guitar). With an overhead lamp swinging back and forth to create a disorientating effect, Jagger flickers between his two personas. This sequence predated many techniques later used in music videos.

But the film’s path to cult classic wasn’t without its troubles. It’s said that Warner Bros were expecting a sweet, fun-loving film akin to The Beatles’ A Hard Days Night. But Roeg wasn’t one to appease, and taken aback by the film’s bloodshed and nudity, the film company ended up shelving it for eighteen months before unceremoniously dumping it in cinemas. In 1999 it made the British Film Institute’s list of the 100 best British movies ever made. Correctly so. 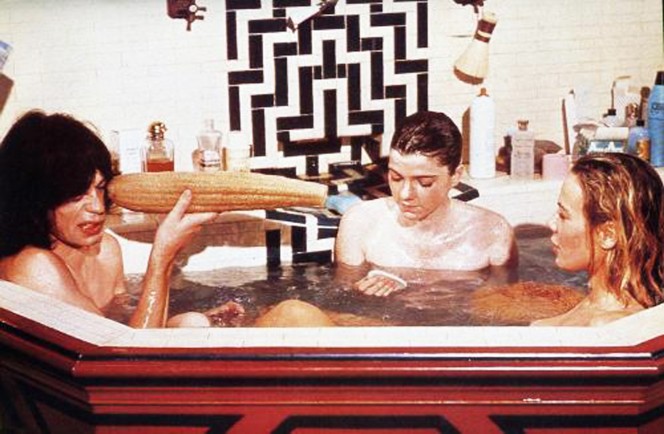 Roeg’s creepy adaptation of Daphne du Maurier’s short story centres around a grieving couple played by Donald Sutherland and Julie Christie, who, in an attempt to come to terms with the accidental drowning of their daughter, relocate to Venice (maybe not the best place considering…). A hauntingly brilliant work that helped outline the horror blueprint, as the narrative dives into esoteric topics of clairvoyance and apparitions, the camera takes us through the narrow, labyrinthine streets of La Serenissima, hinting at shadowy characters with every turn. A showcase for Roeg’s masterful camera work, recurring imagery of water, the colour red and broken glass act as foreboding motifs throughout.

For many people, Don’t Look Now is remembered for that notorious sex scene between the lead couple. Causing a major fuss at the time for its naturalistic style and charged sensuality, audiences were fooled into believing that their performance was more than just acting. However, Sutherland later denied this, saying that Roeg filmed 15-20 second takes with two noisey unblimped Arriflexes (a 35 mm camera) and then stitched the footage together to create this vivid imagery. Intercut with flash-forwards of the couple getting dressed afterwards, the scene is a snapshot of Roeg’s brilliance. 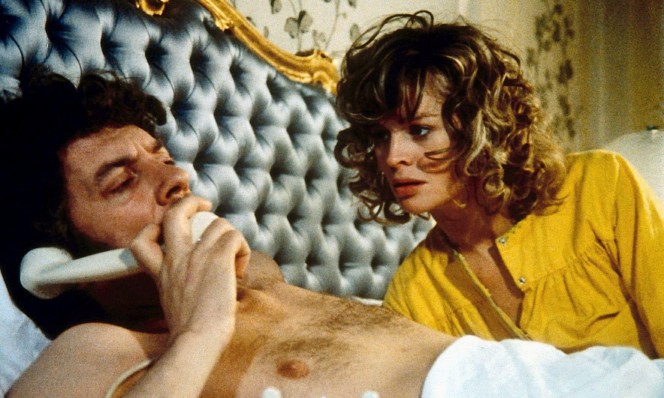 What to watch by Nicolas Roeg: