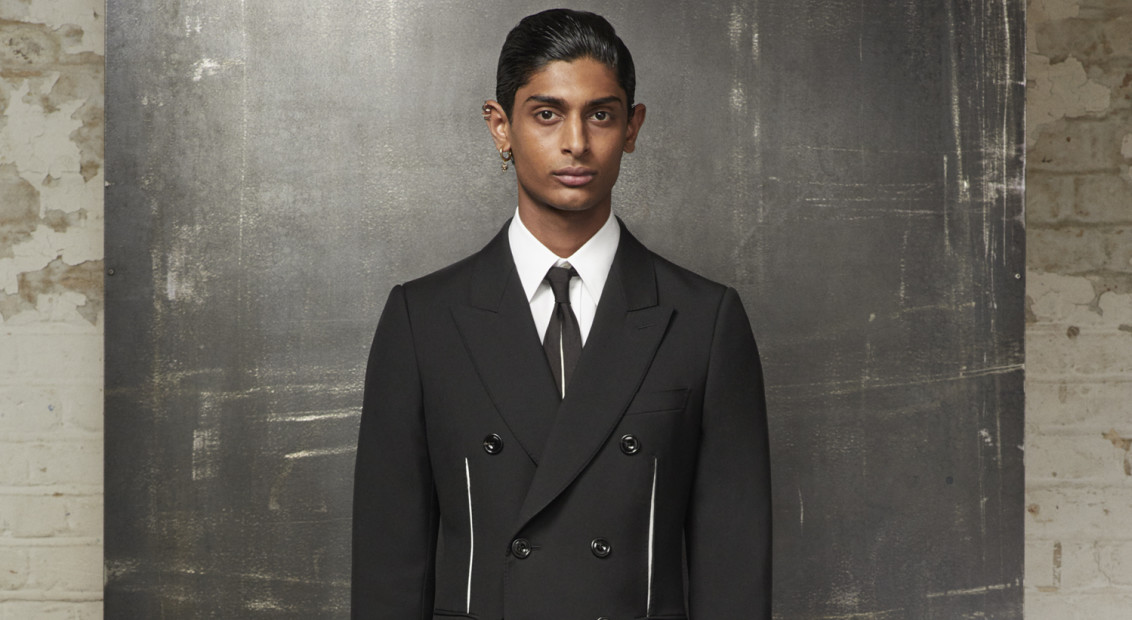 Expanding on McQueen’s tailoring legacy – Lee McQueen cut his teeth working as an apprentice on Savile Row and at theatrical costumiers Berman’s and Nathan during his formative years – the collection boasts sharp lines and signature shoulders, cut with a romantic edge that echoes the ongoing alignment between the label’s menswear and womenswear. 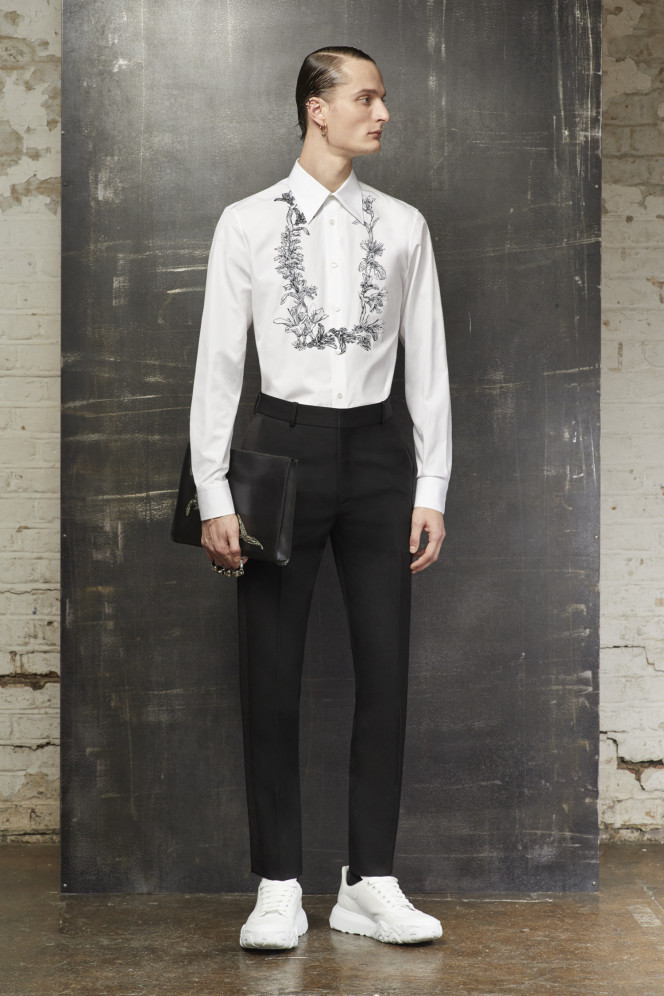 McQueen’s defiant streak is ever-present, as is his trademark elongated, elegant lines –cutting a sharp silhouette that twists tradition with modernity. Elsewhere, McQueen’s (and in turn Sarah Burton’s) love of nature and horticulture is emphasised through a reinvention of the brand’s exploded floral embroideries. Throughout, delicate white line detailing takes inspiration from a design team trip to McQueen’s beloved Scotland led by Burton, which saw them explore the country’s indigenous wildlife and arts and crafts movement. 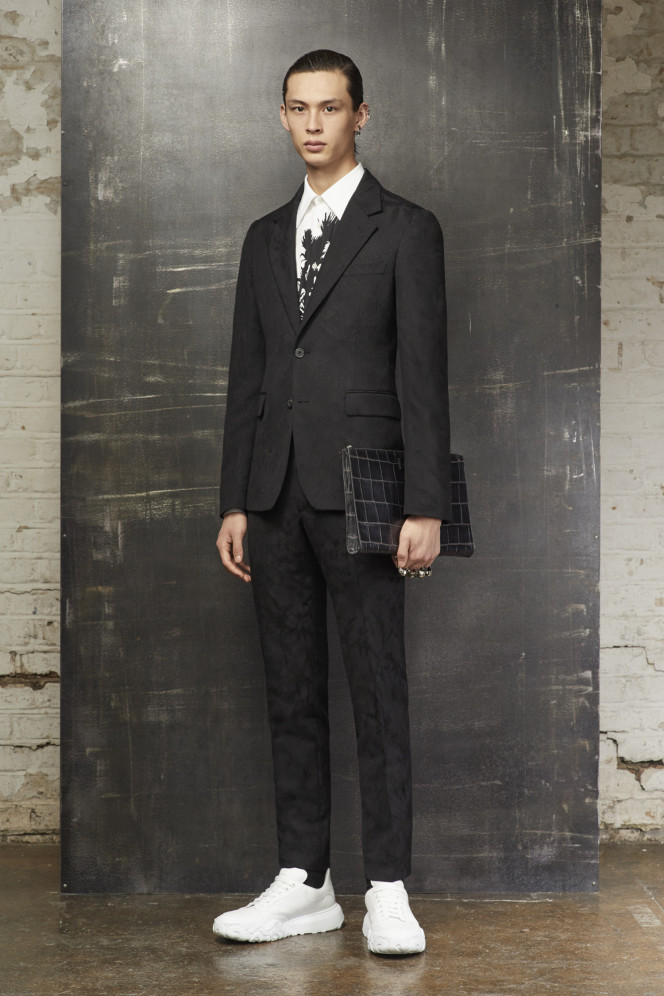