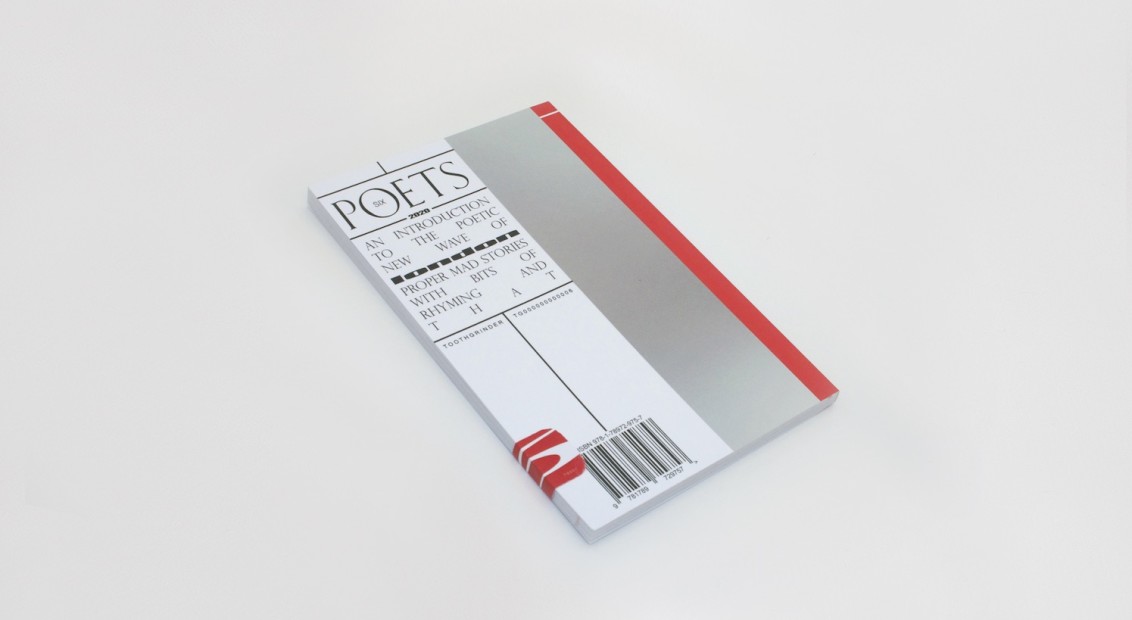 Based in South London, the two Green’s have a strong ethos that encourages new form and innovative ideas: each book is printed using 100 percent recycled recourses and has a genuine, meaningful idea to express. Having initially made its name publishing the acclaimed poetry anthology Away With Words, co-edited by writer and bookseller Elinor Potts, now, in 2020, they are releasing their most disruptive title yet: Six Poets, a showcasing of six new writers, all pushing boundaries in language, form and meaning. In an exclusive preview, the six poets talk us through their work, words and whims. 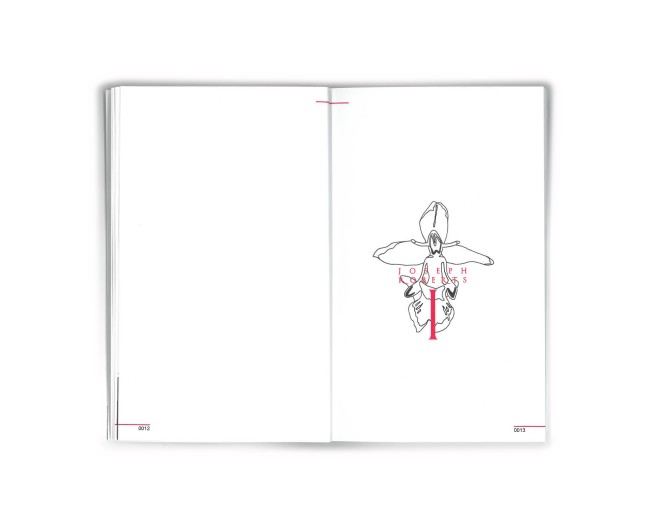 “Poetry to me is playing with words to describe and evoke a feeling in a visual way. I’m a big fan of Fluxus and concrete poetry because of the way words become more than their meaning, the way you look around the page can create a space to let something breathe or sink in.” 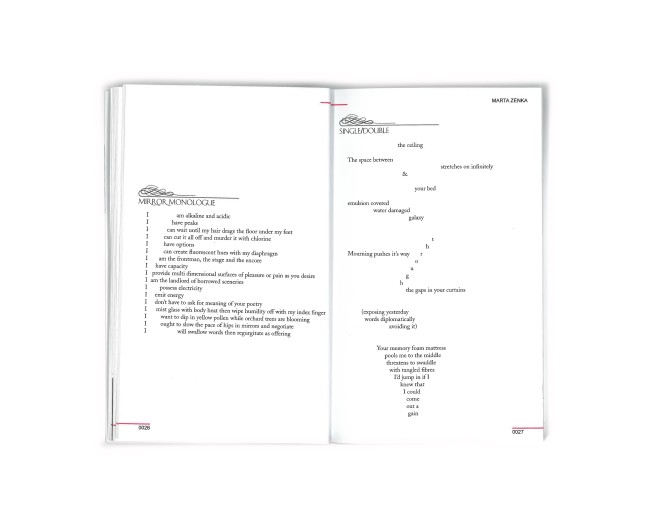 “My offerings in this divisive book of spells are mostly in opposition to the monotony of social happenings. Between the politically serious and the minor-decision making events of the day, banalities and clichés of language sneak in like unwanted gastric battles. The poems are bickering, self-righteous, unattractively self-aware and wholly paranoiac; a product of the times.”

“These six poems are like six ugly little children looking up at you with hopeful eyes, or six hopeful little children looking at you with ugly plotting eyes, depending on the day or clime, or which version of the riddle you’re telling this time. In the case of these sprogs I took inspiration from dictionary.com, the Lion Graphic Bible and the backsides of my eye-sockets, which I basted with hi-fat buttercream as often as financially viable so as to fortify the cloying richness of my own vision.

In order to create a sense of subtle reliability, I wrote all the poems in English save for Alleluia, which is written in Oat Milk Dialect. I tend to write about fear and futility so often that onlookers would be forgiven for thinking that I’m not very keen on ‘life’ and all it ‘contains’ or ‘offers’, a grave (albeit natural) misreading. I hasten to offset this dark overtone by sprinkling that effervescent spuff of hope into the augens of my snaggle-toothed sextuplets like a zinging and vital citrus granita lying supine upon the pannacotta to which it is both antithesis and ever-loving foil. Thus I divulge, from one gory waiter to another, how zenith and nadir – like the separated white and yolk of a chicken’s egg – can (and should) be rejoined in a veritable pudding of emotion. The machinations of the universe are at once baffling and as discernible as banana muffins upon the counter, says I. Effectively I don’t know what any of these poems are about but I’m overjoyed to see them in print and featured in a magazine with over 70k Instagram followers, which I’ll make sure to be extra flippant about when I share online.” 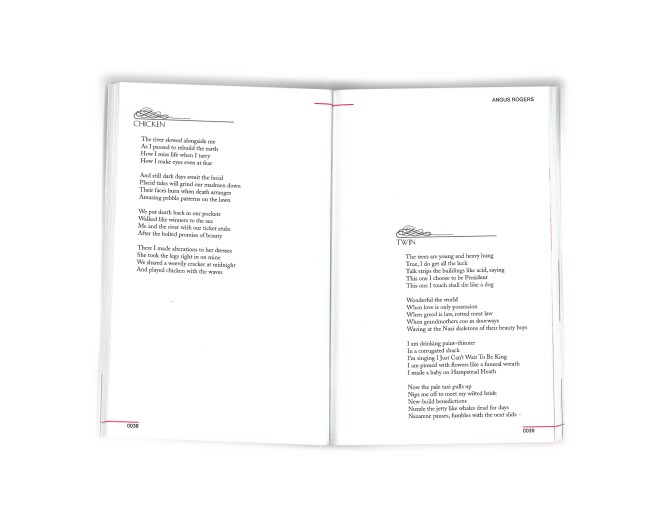 “I hope that my poems in the book have a sense of the everyday about them, ranging from the banal to the absurd. I’m interested in continuing the modernist tradition of adapting and using various fragments of speech to construct multiple characters and scenes internally within poems. My works of this nature take particular influence from David Jones’ In Parenthesis and Eliot’s The Waste Land (with its working title – He Do the Police in Different Voices – borne in mind). Currently, I’m paying close attention to the poetry of Lynette Roberts, Yone Noguchi, and Gwendolyn Brooks, as well as developing Phanopoeia.org, which aims to improve access to Modernist poetry books and resources, with an emphasis on less-acknowledged Modernist communities, including Japanese and Welsh Modernist poets.” 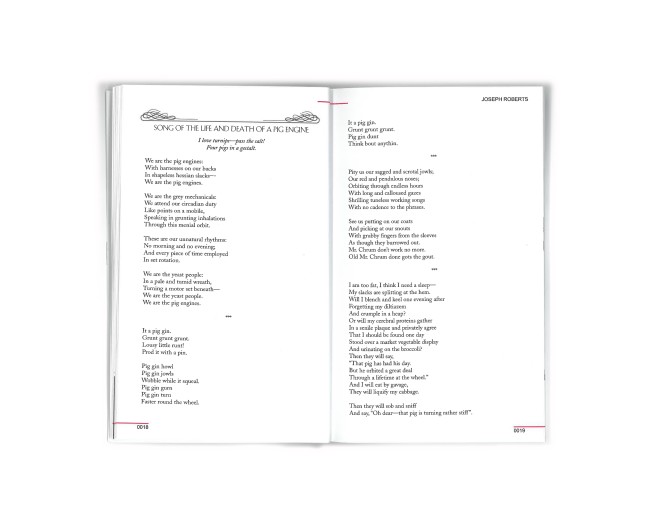 “Someone wrote to me recently on Instagram saying that my lyrics “channel childhood energy like a medium”; I share this statement not to boast, but because I think it articulates the spiritual dimension of my poetic practice. In each of these poems, I channel the energies of particular times and places, allowing the aura of these environments to enter and pass through my physical body before being expressed in the form of words. None of them are written from the perspective of a child, yet each one offers a voice that is distinctly youthful: open, curious, and unwilling to accept inherited narratives. From this perspective I can, for example, yoke sexual shame to Mini Milk ice creams, landscape painting to ecocide, and sift through the feelings that arise as I explore my grandmother’s homeland over Google Street View.” 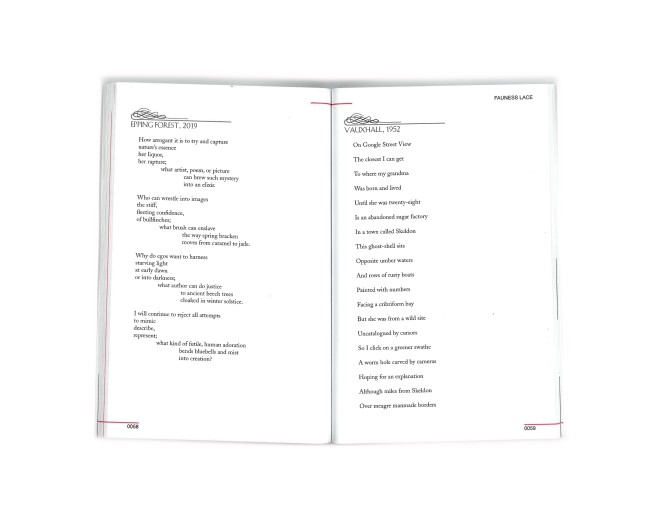 “I’ve grown increasingly interested in the performative potential that poetry can have which is why the title of my collection (A Play In A Church About Love) is a misnomer. It is not a play, really, instead intending to explore the role which words assume when they presented as poems on a page under my name (Tom Butler, “poet”). As such, the six poems, and the way they are shaped into some attempt at theatre through stage directions and monologues, are undermined by ego, fail in their attempts to better this terrible world and don’t get close to offering adequate relationship advice. I hope readers find the play enjoyable and silly.”

Six Poets is released via Toothgrinder Press on 11th July. 25 perecent of all sales will be donated to theblackcurriculum.com, in support of the Black Lives Matter movement. Pre-order the publication here.