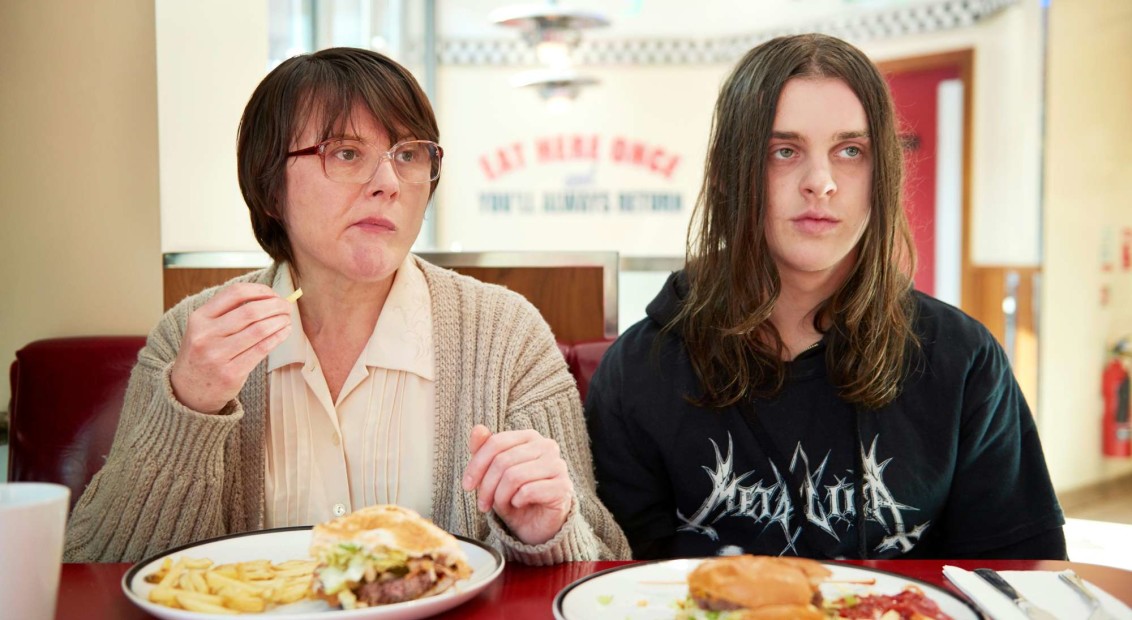 But, mommm…
This week’s film choice comes in the form of Days of the Bagnold Summer, an adaptation of Joff Winterhart’s 2012 graphic novel depicting a single mom, Sue (Monica Dolan) and Daniel (Earl Cave), her metal-loving, introvert son. After plans for Daniel to spend summer with his letdown dad in Florida inevitably break down, the mum and son pair are left together for six-weeks of forced bonding.

Following a break-out year, Cave has established himself as a key player on all ‘ones to watch’ lists, and he more than lives up to expectations here – perhaps he got some goth tips from his dad – displaying an adolescent sensitivity and disorientation we can all relate to.

Set to a wistful Belle and Sebastian soundtrack, it’s a heart-warming watch with lashings of British humour.

Days of the Bagnold Summer is available to stream via BFI Player now.

Ooh la la
This weekend, French icon Vanessa Paradis is in London (virtually). Her gig at Kentish Town O2 Forum may have been cancelled, however you can still catch the iconic chanteuse performing via livestream.

With a career stretching back decades – from the song that launched her career back in ’87, Joe le taxi, to her most recent 2018 record Les Sources – Paradis has a back catalogue that matches her star power. Moving from soulful to sultry in the drop of a beret, here’s a bit of French glamour to brighten up your weekend. Tres bien!

After months of waiting, London galleries are beginning to open their doors once again and White Cube is one of the first to do so, re-opening both its Bermondsey and Mason Yard spaces.

At Mason’s Yard, doors open with an extension of their Peter Schuyff exhibition. The first comprehensive show of his work in London, the show spotlights the Dutch artist’s psychedelic, abstract works, created by layering repeating patterns in such a way that they appear to ripple and shift depending on the viewer’s angle and perspective. Like a magic eye only without that frustrating struggle to see the secret image hiding inside.

Meanwhile, White Cube’s Bermondsey venue extends its Cerith Wyn Evans exhibition, No realm of thought… No field of vision. In this hypnotic exhibition, the Welsh artist explores his fascination with traditional Japanese Noh culture, combining new paintings and sculpture with multi-sensory installations. Read our take on the show here. 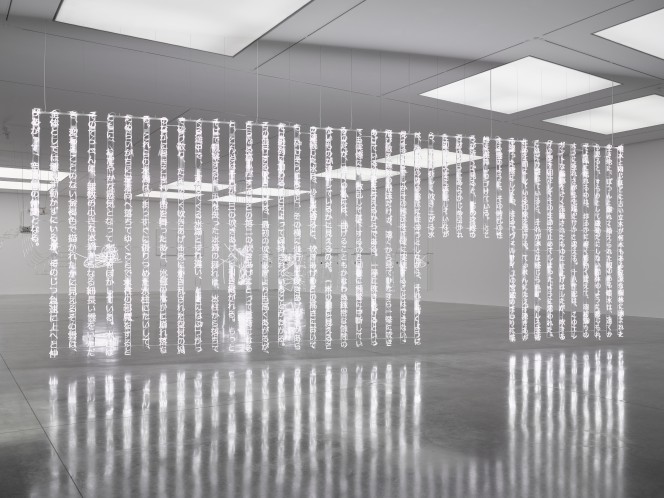 You ‘avin’ a laugh?
The Comedy Store is bringing some much-needed laughs, delivering its club experience directly to your home by streaming some of its greatest shows. Transmitting a new archive show every week – with all the heckles and put-downs included – this week’s show is The Best in Stand Up, featuring some of the finest comics on the circuit, including Omid Singh, Alun Cochrane and Bethany Black. Profits will be split between the performers and the upkeep of The Comedy Store’s London and Manchester venues.

The Best in Stand Up will be streamed nightly, tickets are available here.

New music alert: Phoebe Bridgers returns (a day early) with her sophomore record, Punisher. Released via Dead Oceans, it’s an evocative and soulful reflection on love, lust and lost that cements Bridgers as one of the most exciting talents around.

Featuring contributions from the likes of Conor Oberst, Julien Baker and Nick Zinner, we recommend dropping the needle on this one and soak it in – a little bit like Bridgers’ bathtub performance on Kimmel.

Revisit our 2017 interview with Bridgers here.

Belly Filler
If you’ve ever had one of Dishoom’s bacon naan rolls, you’ve probably dreamed about it every night since. But now the moment has arrived: Dishoom is making your dreams reality by launching its DIY bacon naan roll kit.

Available now, the kit allows everyone to recreate – in our opinion – one of the best meals in town. Includes ingredients for two – naan dough, streaky bacon, cream cheese, chilli jam and coriander – here’s your chance to really impress.

Plus, for every kit sold, Dishoom will donate a meal to Magic Breakfast, its charity partner providing meals to children in need. So you’re literally helping people by eating more. Amazing.

Introducing our first-ever 'at-home' cookery kit, replete with the ingredients to create two first-rate Bacon Naan Rolls in the comfort of your own kitchen (with chai). Launching tomorrow (18th June), a limited number will be released daily at 3pm for same-day delivery to our neighbours in King’s Cross, Kensington and Shoreditch via www.dishoom.com/bacon-naan-roll. Freshest ingredients, dishoomed straight from the café kitchens to your door to be baked, sizzled, assembled and devoured. Most pleasant.