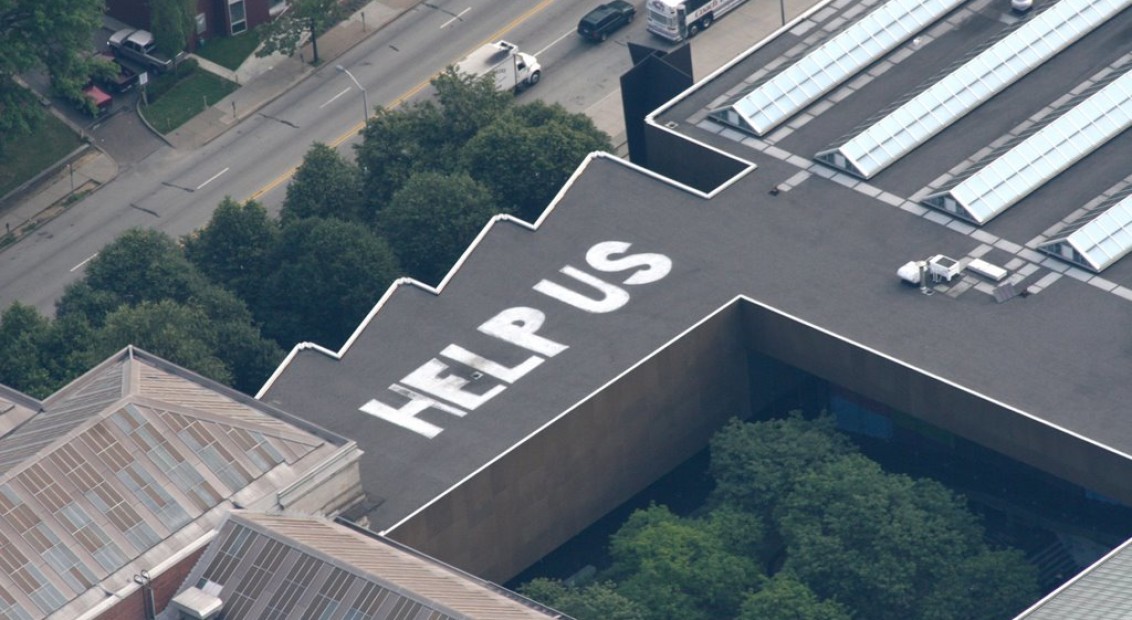 Mark Bradford is an African-American artist whose multi-layered collaged paintings map his experience of race, gender and marginalised communities. Having represented the US at the 2017 Venice Biennale, Bradford is a key voice in America’s contemporary cultural canon whose internationally exhibited work addresses underrepresented issues.

One of the world’s most acclaimed contemporary painters, Mark Bradford (58) only began to  exhibit work in his mid-30s. Born and raised in South LA, where the artist still resides, Bradford spent much of his early years working at his mother’s beauty salon in Leimert Park, south LA’s heart of African American art and culture. After graduating high school and obtaining his hairdresser’s license, Bradford looked set to join his mother’s business full-time. Although he instead decided to become an artist, the salon would play a crucial role in his work.

Bradford’s early paintings in particular, produced soon after graduating from California Institute of the Arts in 1997, utilised found material from the salon to create the kind of densely textured canvases that are now his signature. 43G Spring Honey and 45R Spiced Cognac were both produced using the end-papers for perm-rods in 2001, paying homage not only to his mother’s salon (and hair dye colours) but the social fabric it kept tightly bound. These enormous works were built up from layers of end-papers stuck on top of each other and then singed with a blowtorch to form a grid pattern that bore traces of the abstract expressionist influences Bradford encountered at CalArts. 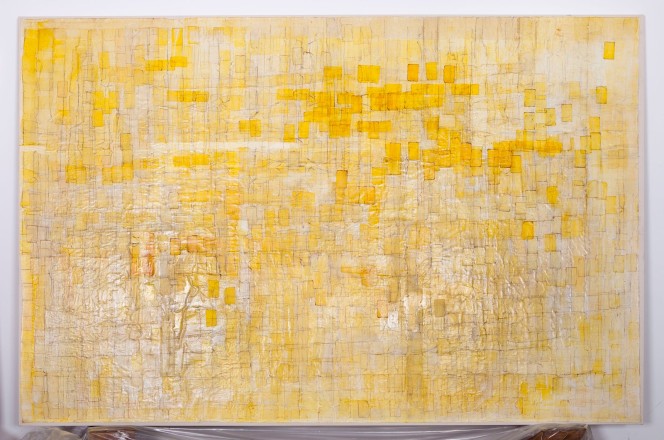 Freestyle, a landmark group show of young African American artists at Harlem’s Studio Museum in 2001, was Bradford’s launch-pad onto the international scene. He created Los Moscos soon after, a coming of age painting that brought new material and techniques (now owned by Tate). The end-papers were replaced with layers of printed found material collected around his Inglewood studio – flyers, posters, advertisements – sanded down in areas to reveal the colourful stratigraphy beneath. The result is a map-like image that visualises the familiar macro perspective of urban grids while rendering the micro, street-level perspective with locally found materials. 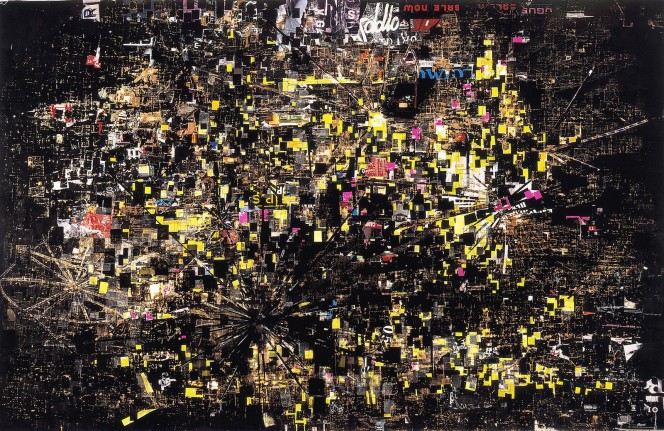 The urban grid has been a recurring visual motif for Bradford ever since, whose practice has also grown to encompass video and sculpture. From Mithra (2008), a life-size wooden ark made to commemorate the victims of Hurricane Katrina in New Orleans, to his recent film on the police shooting of Philando Castile (an official selection at Sundance 2018), his entire ouevre is arguably informed by violence and trauma. Nowhere was this more viscerally communicated than in Bradford’s US Pavilion for the 2017 Venice Biennale. In one of five rooms named ‘Spoiled Foot’, a kind of primeval swelling hung from the ceiling that forced visitors to the edges of the room, alluding to the experience of marginalised communities and Bradford’s own as a gay black man in America. Elsewhere, thick ropes made from recycled paper curled their way around the rotunda’s dome in a reference to the Middle Passage.

The violence that Bradford sees throughout history energises his work and shapes his heavily scarred canvases. From the Battle of Gettysburg to HIV, Hurricane Katrina and LA’s Watt’s Rebellion, these cataclysmic and incendiary moments are given physical expression in his work through techniques of ripping, twisting, burning and scratching. To encounter one of his works therefore is to be confronted with the violence and trauma of America’s past and present. 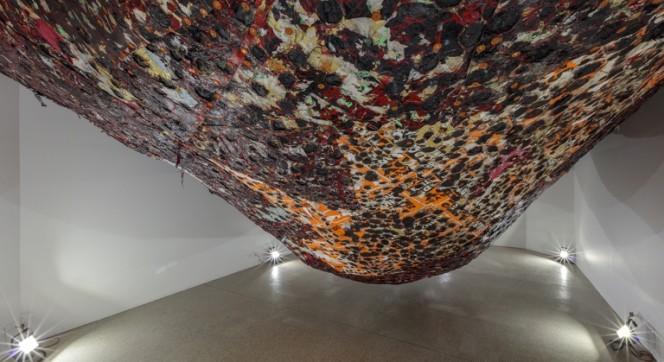 Co-founded in 2014 by Bradford alongside activist Allan DiCastro and art collector Eileen Harris Norton (who first bought his work), Art + Practice is a non-profit organisation combining social services with improved access to contemporary art that celebrates artists of colour.

Initially funded by Bradford through his 2009 MacArthur Foundation genius grant, the artist has since provided much of the organisation’s $1 million annual budget himself to ensure the foundation remains as independent as possible. Despite this, the organisation bears no sign of Bradford’s name and other than being funded by him, no connection with his art.

Art + Practice is entirely orientated towards working with 18-24 year-olds on a campus-cum-gallery in Leimart Park (round the corner from him mother’s salon) where it provides key services to young people while broadening their awareness of black art. Exhibitions have surveyed the work of LA legends like John Outterbridge and Maren Hassinger, or examined the history of the hugely influential Leimert Park-based Brockman Gallery. Currently on show are artworks by trailblazing women of colour including Lorna Simpson and Lynette Yiadom-Boakye.

Working in collaboration with social service provider First Place for Youth (which helps foster kids in LA develop crucial skills to transition into adulthood), the organisation provides an opportunity for the largest foster care population in the nation to stand on their own two feet. One of the organisation’s first interns, Josiah Green, is now enrolled in the Photography and Media program at CalArts. 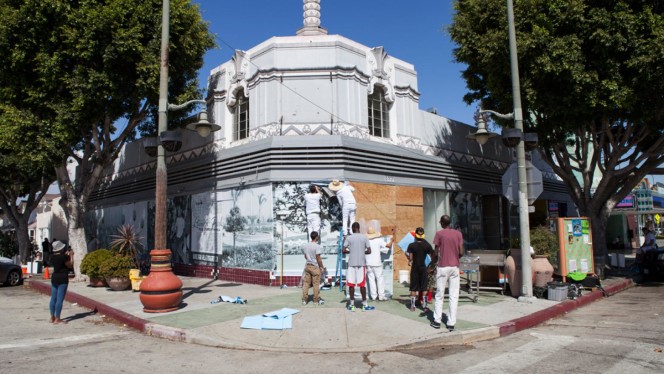