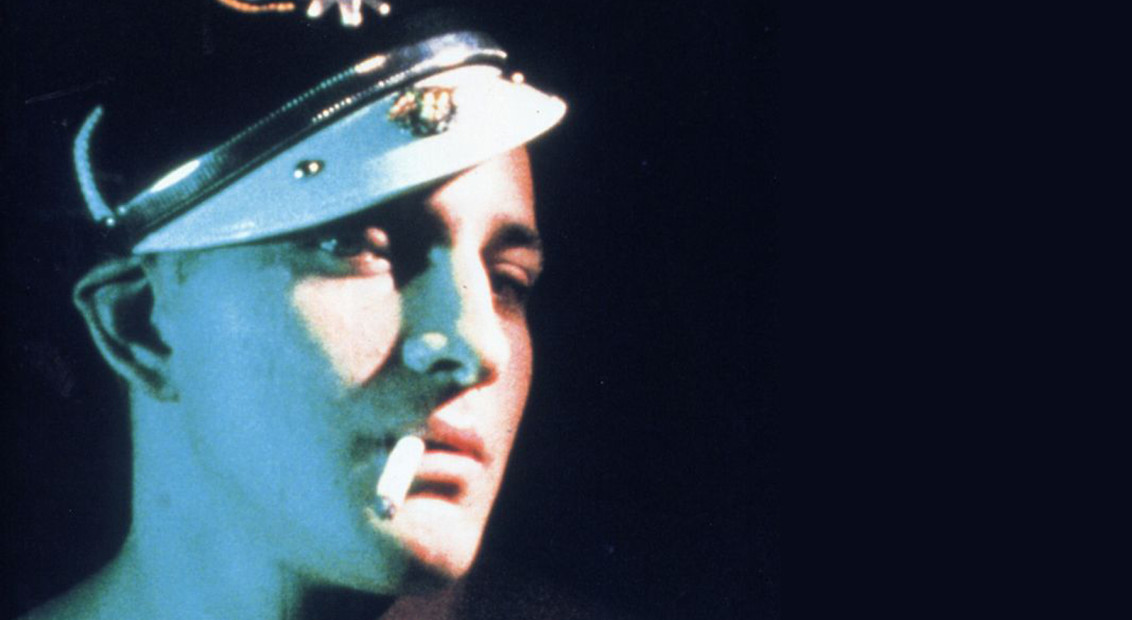 Situated on the fringes of cinema yet as influential as any in the centre, Kenneth Anger’s work is not for the faint-hearted: it’s not some smooth ride in a plush cinema seat, it’s a grab-you-by-the-throat-and-tie-you-to-the-chair affair. But like most domineering experiences, you’re left with an instinctive craving for more.

Writing about Anger’s life is somewhat difficult, blurred by drugs, rumours and Anger’s own bending of the truth, but his story begins in suburban middle-class Santa Monica, California, where he was already rubbing shoulders with the children of Hollywood’s elite: at the age of four he played the prince in Max Reinhardt’s 1935 adaptation of Midsummer Night’s Dream – alongside Mickey Rooney and James Cagney, coincidentally – and a few years later he found himself partnered in a dance class with fading child star Shirley Temple. A fascination with Hollywood quickly evolved, yet Anger – as would become his raison d’etre – twisted it to suit his own devilish palette.

Soon, a ten-year-old Anger began making the type of short films a ten-year-old probably shouldn’t be making. His first official work is the fifteen-minute Fireworks (1947), made when Anger was seventeen-years-old,  sees a young gay man (played by Anger) savagely brutalised by a pack of sailors. One of the first films to feature explicitly homoerotic content, after its public release, homophobic outrage against the perceived pornographic content of the film led to an obscenity trial; in the end, the California Supreme Court declared that the work was art, and Anger was acquitted. 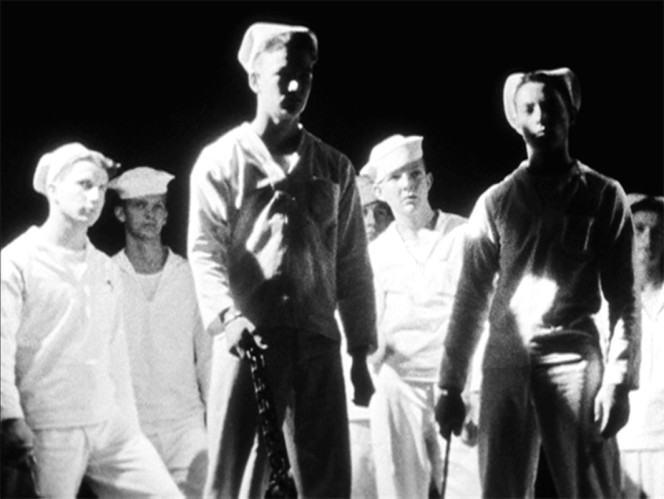 From that initial taste of filmmaking, controversy and cult, Anger forged his path, laying the blueprint for his Magick Lantern Cycle – a series of experimental, underground films with romping rock ‘n’ roll soundtracks and occultist undertones, including Inauguration of the Pleasure Dome (1954) and Scorpio Rising (1964). But it was his seminal 1972 work Lucifer Rising that has become Anger’s calling card – a film set within ancient ruins, where Egyptian gods and high priests invoke Lucifer with ceremonial Magick rituals (more on that later). Anger is also notorious for Hollywood Babylon, his tell-all book about Hollywood scandal that caused its own.

A heady mix of occultist rituals, homoeroticism, and sex, drugs, and rock ‘n’ roll, Anger’s avant-garde approach was perfectly aligned with the zeitgeist bubbling away in 60s/70s LA and beyond. And Anger was there for it all. He’s rubbed shoulders with everyone from Mick Jagger to Jean Cocteau, sexologist Alfred Kinsey and Church of Satan founder Anton LaVey (although call Anger a Satanist and he’ll curse you with his tongue). He’s worked with and befriended such artists as Marianne Faithfull (a collaborator on Lucifer Rising) Tennessee Williams and Marjorie Cameron – fellow Thelemite, star of Pleasure Dome and onetime wife of Jet Propulsion Laboratory founder Jack Parsons, the man whose occultist LA-based group, The Gnostic Mass at the Church of Thelema, briefly included Scientology founder L Ron Hubbard in its congregation. Oh, and on the sideline Anger has long been a tutor to students – among them guitarist Jimmy Page – in the work of Aleister Crowley and his esoteric religion, Thelema. If you wish to peer behind the curtain of society’s psyche, Anger is a host worth having. 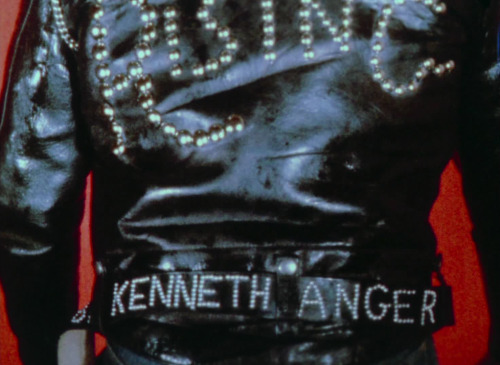 A high-speed cut-and-paste collage of leathered bikers, revved-up motors, orgies, Hollywood rebels, Christian iconography and fascist imagery, Kenneth Anger’s twelfth short in 23 years, Sorpio Rising, is as sonically loud as it is visual. Hanging on a loose narrative, the film links the members of an outlaw biker gang to Christ and his apostles, cut to an immaculate soundtrack of early 60s rock ‘n’ roll. Led by the methamphetamine-snorting lead man, Scorpio – imagine if James Dean had been drawn by Tom of Finland – we see the group prepare for a night of crude debauchery. Considered by some to be the first drama film to feature a rock ‘n’ roll soundtrack, Martin Scorsese later cited Scorpio Rising as the major influence on the use of music in his films – ie. Be My Baby in Mean Streets – while the use of Bobby Vinton’s Blue Velvet is said to have inspired David Lynch.

Shot in and around Brooklyn garages and workshops, Anger presents the motorcycle as a vehicle of rebellion, freedom and raw power – dubbing the process of building one as “American mechanical folk art” – reflecting the group’s embellished looks in their glistening bike mechanics. The filmmaker has since explained that the zodiac sign of the Scorpio rules sex organs and machinery – hence the film title.

And where Anger is, controversy so quickly follows: a LA theatre manager was found guilty of obscenity in 1964 for screening Anger’s film due to its flashes of nudity and homoeroticism. The ruling was soon overturned and the film received a national release, further adding to Anger’s subcultural clout. 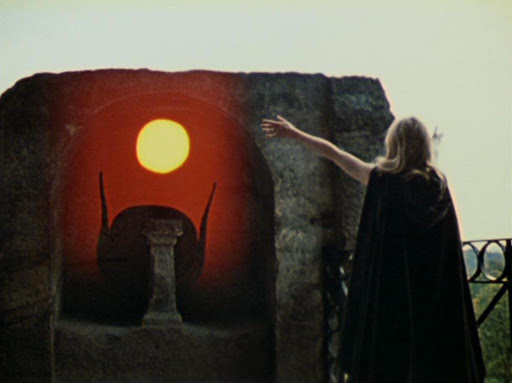 Ten years in the making, Lucifer Rising (1972) is Anger’s masterstroke. Though barely half an hour-long, the work is an all-encompassing visual deep-end dive. Set within a visceral, technicolour vision of ancient Egypt, gods summon the angel Lucifer in order to usher in a new occult age, all the while traversing Icelandic volcanoes, the Pyramids of Giza, the ancient solar temples of Stonehenge and Externsteine in Germany.

While the spectre of occultist Aleister Crowley looms large over Anger’s entire catalogue, Lucifer Rising takes clear reference from the teachings of Crowley’s religion, Thelema: it’s descriptions of Lucifer as the light-bearing god and an analogy of the coming Aeon of Horus directly reflects the Thelemic prophecy described in The Book of the Law.

Dig deeper into the film’s back story and its subcultural weight is clear: it was set to star Mick Jagger as Lucifer, but while the singer eventually backed out following the ’69 Altamont incident, his then-girlfriend Marianne Faithfull did appear in the film as the demon Lilith; while the soundtrack was created by Bobby Beausoleil, a follower of Charles Manson who, having been convicted for murder in 1970, wrote most of the score in prison. (Jimmy Page was initially hired to write the score, which was released in 2012 as part of a special release boxset – all 12-string and Theremin, it’s well worth a listen.)

“Lucifer’s message is that the key of joy is disobedience. Isis (Nature) wakes. Osiris (Death) answers. Lilith (Destroyer) climbs to the place of Sacrifice. The Magus activates the circle and Lucifer – Bringer of Light – breaks through.”  – Kenneth Anger

What to watch by Kenneth Anger: