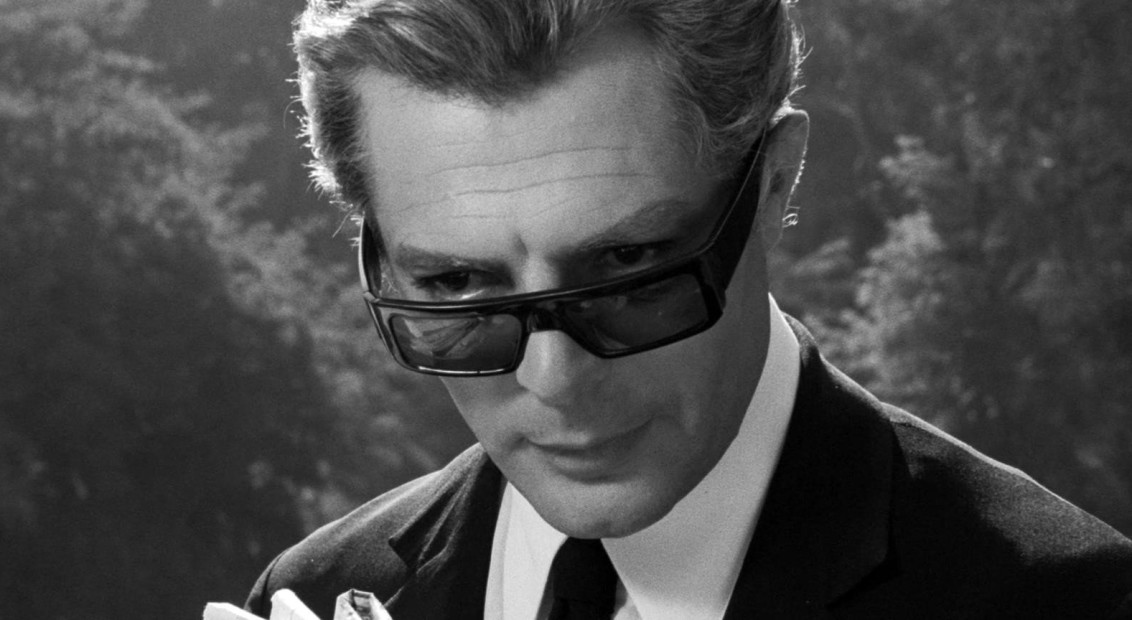 Have you ever found yourself wondering how a film is born in the volcanic mind of a director? What if all the thoughts, indecisions and life dilemmas were themselves worthy of a film? Fellini came to these same conclusions in 8 ½, an ethereal, psychedelic and surrealistic journey into the troubled mind and existence of acclaimed director Guido Anselmi (Marcello Mastroianni), who works as the projection of Fellini himself. Anselmi is stuck in a creative stasis, pressured by the press and the industry’s expectations on his next science fiction feature film, and estranged by his close friends and loved ones.

Augmenting the dreamscape land that permeates the whole film, is Mastroianni’s abundant use of comic book language – both a sign of the character’s refusal to deal with the burdens of adult life and a witnessing of the early 1960s obsession for everything pop. Matched by Nino Rota’s nearly childish and lullaby-like soundtrack, it’s a top combo.

With its iconic, surrealistic climaxes – from the shadowed dance scene that inspired Tarantino to the ending circus-like ring a ring o’ roses – 8 ½ is a precious insight into the wild creative mind of Federico Fellini.

8 ½ is available to stream on BFI Player and Amazon Prime. 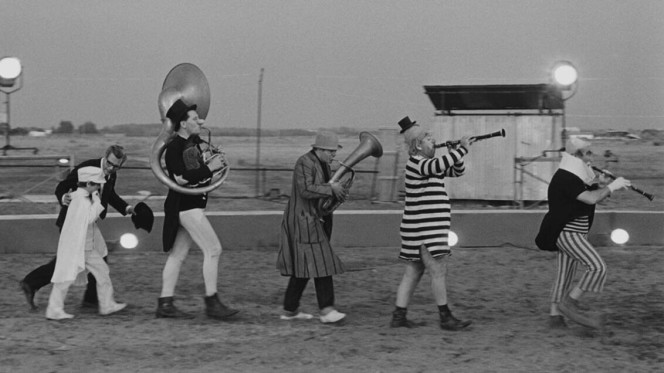 The Double by Richard Ayoade, 2013

Second up this week we have an innovative screen adaptation of Fyodor Dostoevsky’s celebrated novella The Double. Transposing the action from 19th century Russia to a surrealist modern-day America, Richard Ayoade directs out the story of Simon, a timid and downtrodden office clerk working in an ominous government organisation (Jesse Eisenberg) whose life is destroyed by the sudden arrival of his exact double in his office (also played by Eisenberg, naturally).

While Simon is so unassuming his colleagues barely know he exists (even the doors of trains and elevators continually shut on him), this new 2.0 model is infinitely more charming, witty, smart and successful. And as the doppelgänger swiftly climbs the corporate ladder and attracts the attention of our protagonist’s sole love interest (Mia Wasikowska) along the way, Simon sinks further into mediocrity and uncontrolled madness.

With its uber-stylised visual tone and Brutalist influences,  Ayoade underscores his influences – Billy Wilder and Lynch to name but two – with his own quirks and perverse wit. Darkly emotive and gripping as expected but, thanks to Ayoade’s touch, it’s unusually heartwarming in parts, and a compelling entrance to Dostoyevskyan literature.

The Double is available to stream on Amazon Prime. 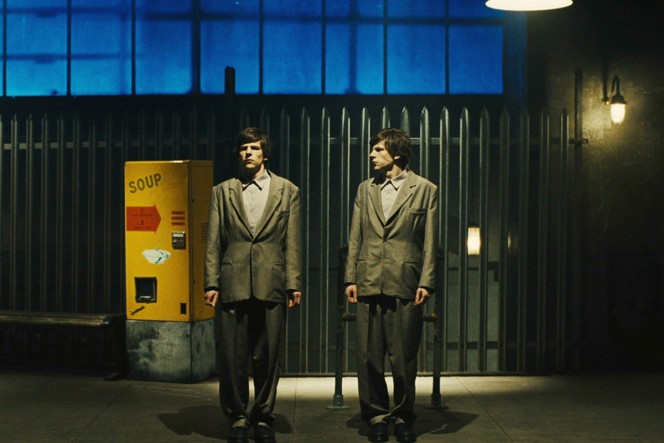 The Double by Richard Ayoade, 2013

Hoop Dreams director Steve James originally only intended to make a half-hour film, but when he was tapping into a story about the heart of American life, he doubled down to create one of the best documentaries of all time. In Chicago, we are introduced to William Gates and Arthur Agee, two African American teens betting everything on becoming NBA stars. We listen to them map out their lives from their bedrooms, surrounded by posters of players they hope to emulate while domestic life crashes all around them.

We watch them grow, feel their hardship and pray for their success. As both approach adulthood, they must weather the insane pressures of America’s high school sports programme, where a single missed shot can mean the difference between success or disaster, college scholarship or small town has-been. As injuries and broken households take their toll, their dreams begin to unravel and their innocence, too. What was once so pure becomes shattered and smeared by the ugliness they cannot escape, telling a story that is repeated across millions of American lives.

Hoop Dreams is available to stream on Amazon Prime. 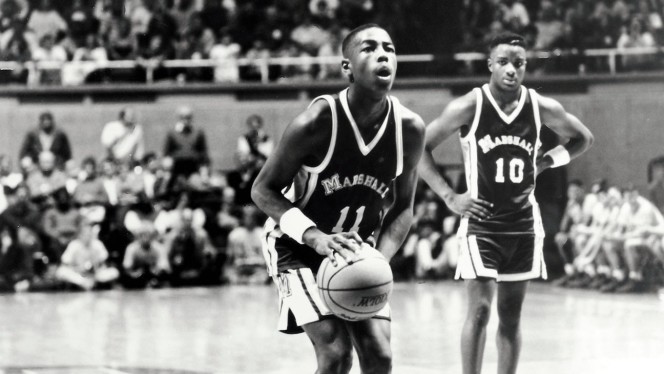