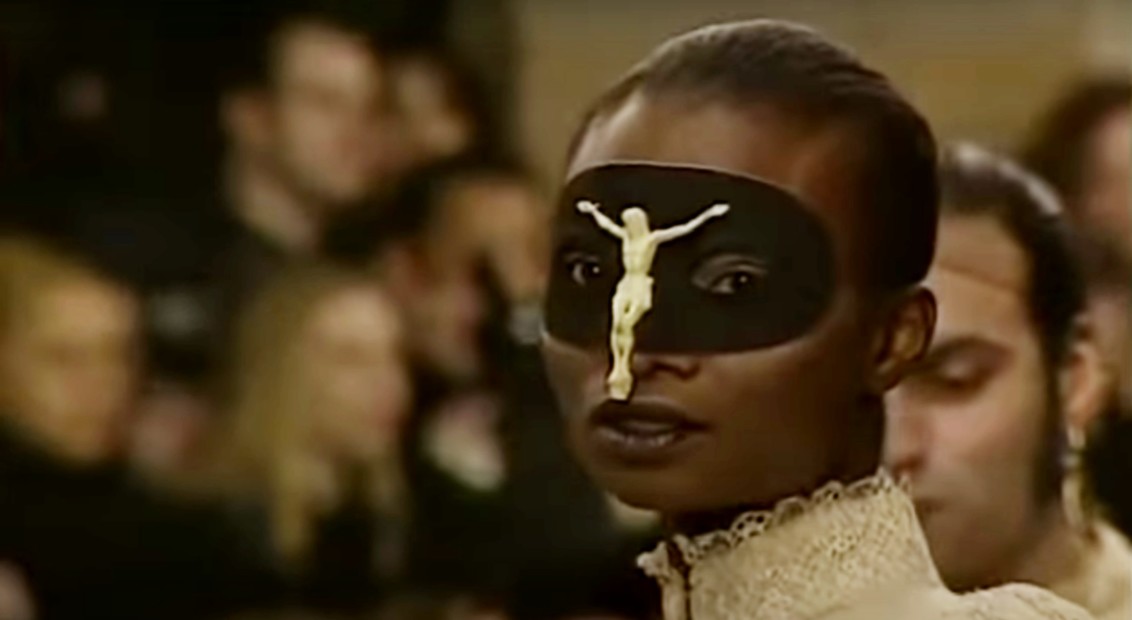 Throughout the 90s, Alexander McQueen carved a reputation as one of fashion’s most controversial visionaries. From collections based on Jack The Ripper to latex corsets filled with live, writhing maggots, nobody knew what to expect from his fabled, fantastical shows. Anticipation was sky-high by 96, when fans, friends and journalists crowded the entrance of a dilapidated East London church to see Dante, his game-changing FW96 collection. Inside, they were greeted by an eerie, candle-lit set and one front-row guest already seated: a model skeleton, placed cheekily next to the influential Suzy Menkes.

The collection itself made a powerful statement on war, religion and brutality. Never one to shy away from historical research (his FW95 Highland Rape collection was based on English invasions of Scotland), McQueen delved into the archives of photojournalist Don McCullin, splashing his images of the Vietnam war across structured tank tops. He also looked to artist Joel Peter Witkin – whose Sanitarium famously inspired the closing scene of McQueen’s SS01 VOSS collection – for inspiration, recreating a crucifix mask from a portrait taken in 1984. 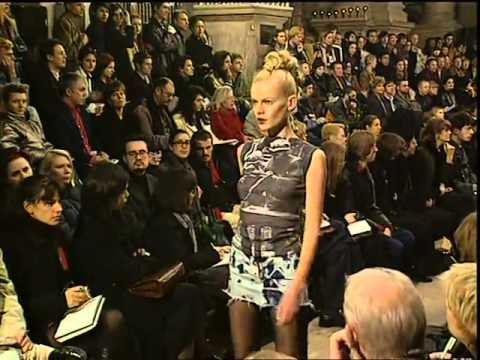 Blasphemy reigned supreme on the runway, with models like Kate Moss, Debra Shaw and Kristen McMenamy stomping through the church, oozing a kind of destructive sex appeal. They licked their fingers seductively and toyed with the crowd, throwing in gestures that would make any vicar blush. As always, McQueen’s muse was powerful, cocky and untouchable, to the extent that journalists at his shows would describe them as scary or intimidating.

Menswear cropped up occasionally, too. McQueen famously sharpened his skills as a tailor on Savile Row, but the Dante man had no interest in formality. Instead, he had swagger, confidence and a wardrobe full of military gear: combat trousers and oversized parkas were worn with boots, string vests and an attitude. The designer was also doing co-ed before it became the norm, sending out bare-chested men and women in variations of his then-signature ‘bumster’ trousers. 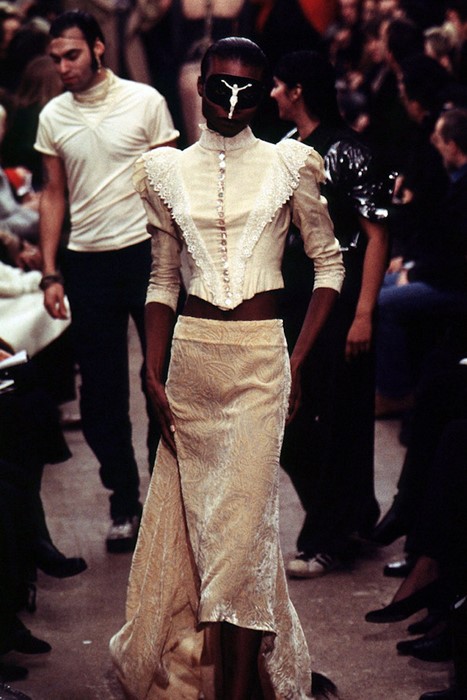 In retrospect, the show marks a turning point for the designer. The bleached, frayed denim and deconstructed blazers proved his skills to an industry still sceptical of his staying power, but the show also built on his existing blueprint of twisted Victoriana. Lashings of lace and brocade were sprinkled throughout the collection, building on his design DNA and forming a series of house codes, inspired by his friend, muse and fellow trailblazer, Isabella Blow. These weren’t just clothes, they were additions to a growing portfolio designed to put his business on the map. 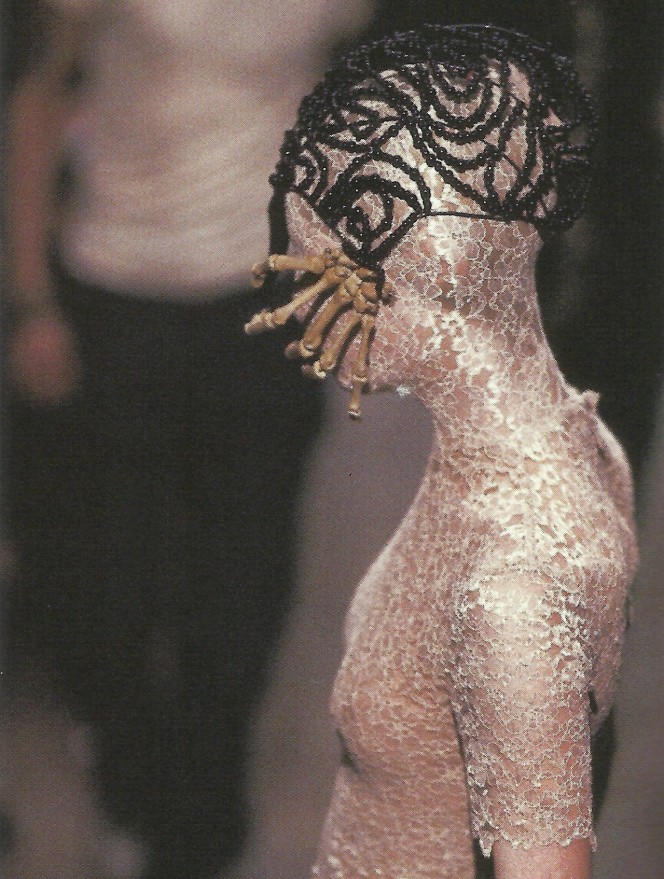 Lace dresses and bodysuits came with attached masks, one of which was partially covered by a creeping, skeletal hand – no doubt a reference to Menkes’ front row companion. There was also a black prototype of the red lace veil look that would be later immortalised in the fiery climax of his FW98 showing Joan, which riffed on similar themes of religion, purity and brutality.

In many ways, Dante was the blueprint for a handful of those show-stoppers, as well as a clear indication of his skills as a couturier and cultural commentator.  As models sashayed to a soundtrack interrupted by the sound of missile strikes, it became clear that McQueen wasn’t a provocateur for the sake of it. Instead, he was a designer brimming with the potential to shake up the system for good.