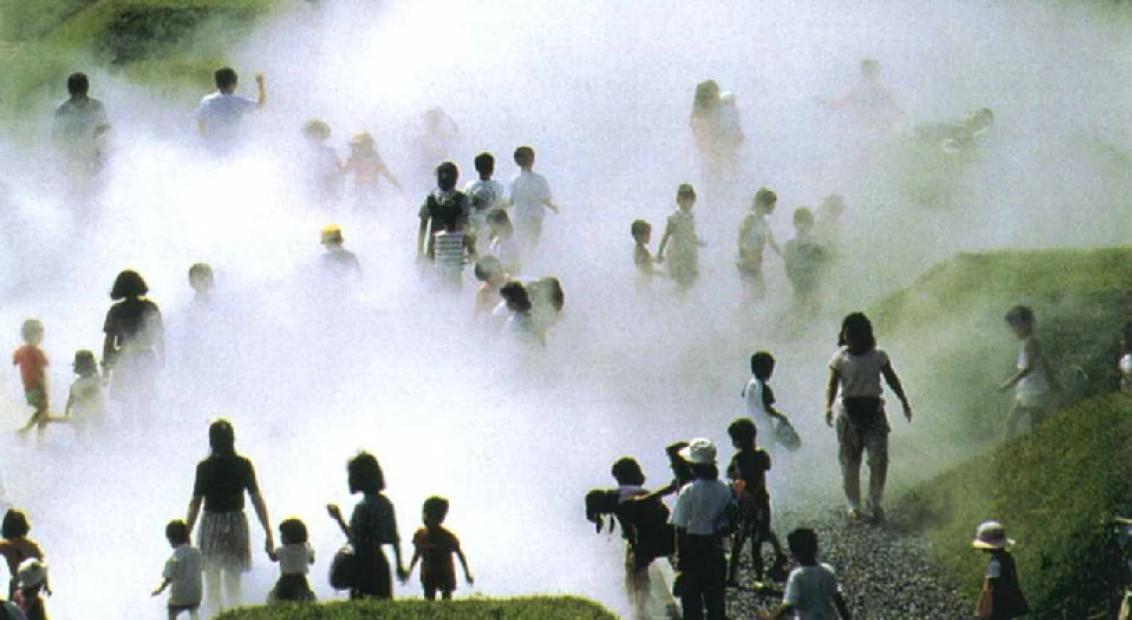 Over the past 50 years pioneering Japanese artist Fujiko Nakaya has gained international stardom for her ephemeral fog sculptures. These enchanting installations, which can be found at Bilbao’s Guggenheim and The Australian National Gallery in Canberra, are like nothing that has ever come before in art history and embody the most exciting synthesis of technology and art.

Though she is globally synonymous with her work in fog, Fujiko Nakaya initially specialised in oil painting, studying in Paris and Madrid after travelling to the US and graduating from Northwestern University in Evanston, Illinois. Her father, Ukichiro Nakaya, a preeminent global authority on snowflake formation and glaciology, nurtured an interest in nature and its mechanics from a young age. In her early work, Nakaya translated her father’s influence into paintings of rotting flowers, dissolving clouds and transient natural processes of decomposition and mutability.

On returning to Japan, a fateful meeting with groundbreaking US artist Robert Rauschenberg in Tokyo changed Nakaya’s work, and life, forever. In 1967 Rauschenberg had just co-founded Experiments in Art and Technology (E.A.T), a visionary organisation aimed at facilitating collaboration between artists and engineers. Nakaya became Tokyo’s representative and a few years later produced a fog sculpture for the Pepsi Pavilion at Expo ’70, Japan’s first global art fair. Her immersive cloud, which periodically shrouded the pavilion in fog, had never been produced on such a scale and won audiences over immediately. 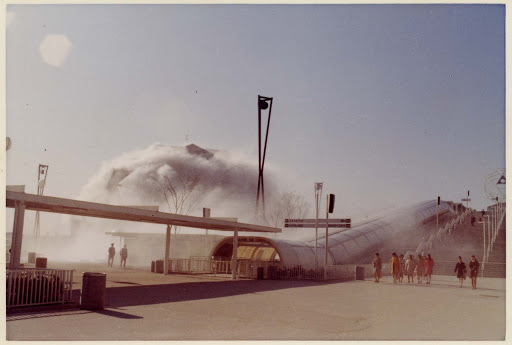 Fujiko Nakaya's installation for the Pepsi Pavilion at Expo' 70.

The man behind the magic was (and still is) Tom Mee, otherwise known as the fog spinner of San Gabriel (California), where the physicist has transformed arid deserts into fertile oases. His patented technology works by pumping water through a microscopic aperture onto a needle valve, shattering the jet into droplets so tiny they remain suspended in the atmosphere.

Throughout the 80s and 90s, Nakaya introduced video art into her practice – opening Japan’s first video gallery in 1980 – but it was her sculptures that spread around the world with fog gardens, falls and geysers. More than just immersive works, Nakaya’s installations are spiritual experiences, enveloping audiences into disorientating, transcendent isolation. They not only recreate nature but form a dialogue with it, altering their output in sync with atmospheric conditions and encouraging greater ecological awareness by facilitating an embodied experience of nature.

In this sense, the artistic philosophy of Nakaya’s work resonates with the likes of Berndnaut Smilde and Olafur Eliasson, both of whom harness the performative and sensory power of environmental phenomena as a way of addressing humanity’s precarious relationship with the natural world. 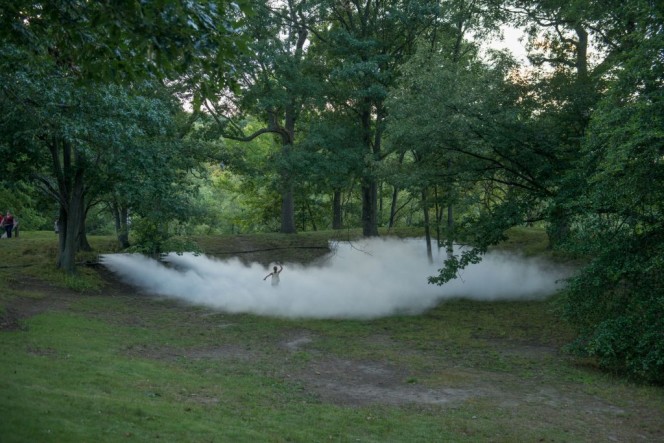 Of all Nakaya’s site-specific installations, in locations ranging from Bristol to Tokyo, Riga to San Francisco, few match the theatricality of her 1980 collaboration with legendary American choreographer Trisha Brown, another friend of Robert Rauschenberg with whom he also collaborated.

Premiered in New York, during the summer of 1980, the essence of the work (which is regularly still performed today) explores fluidity and perpetual motion. Four dancers, including Brown herself in the original performance, improvise dance loops, weaving among each other in a series of intricate, repeating patterns while swaddled in Nakaya’s fog. As their limbs arc and windmill through the mist, cutting vapor trails in their wake, the fog is momentarily dissected before sealing itself again, mirroring the repetition of the dancers. 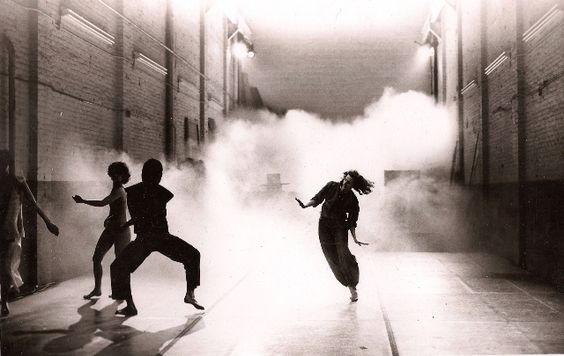 At first the movement seems random: four bodies moving independently of one another, threatening to touch but never doing so. Then, a subtle movement from Brown, a lunge or an arm swing, is mimicked by the rest, catalysing a moment of fleeting synchronisation that dissolves almost as quickly as it emerged.

As the fog thickens, the dancers’ limbs become barely distinguishable. Patterns, movement and synchronisation blur into insignificance as Brown visualises the evanescent nature of dance via Nakaya’s ephemeral sculpture.

Both artists specialise in transient moments of wonder and awe. Nakaya however, emphasises the conceptual borders of art, distancing herself from commodity with her impermanent, minimal sculptures, that are, in her own words, “A subtle balance both constantly born and constantly dying.”