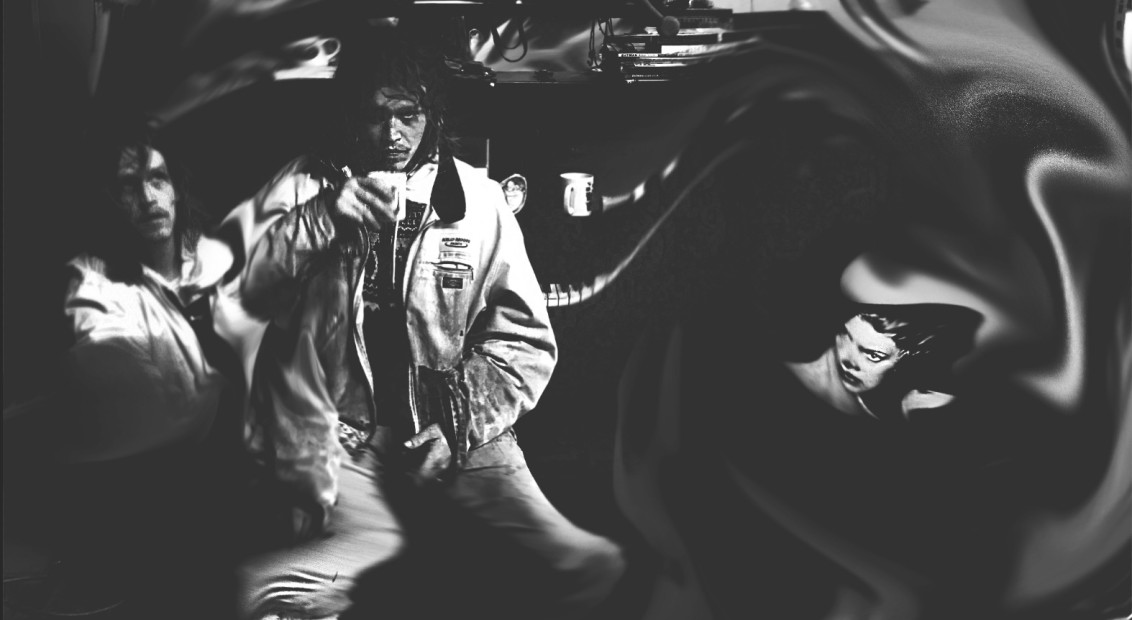 Global lockdown hasn’t brought much change for actor and musician Caleb Landry Jones. Holed up at his parent’s farm in rural Texas, there are few signs of the pandemic that is wreaking havoc worldwide, and for Jones, who spent countless hours alone recording marathon sessions of unheard songs in the barn he is now speaking from, life goes on as normal.

At the end of this week however, Jones will release his debut album, The Mother Stone, a project years in the making which has been gently simmering alongside the 30-year-old’s on-screen exploits. They include the psychotic, MMA-loving little brother in Jordan Peele’s Get Out, the small town ad-man in Three Billboards Outside Ebbing, Missouri (2017) and most recently, the odd-ball gas station owner in Jim Jarmusch‘s zombie comedy, The Dead Don’t Die (2019). Jones has excelled in each of these roles, pushing a kind of zany stoner act that has become his niche, but it was his meeting with Jarmusch that set the ball rolling on his new album.

Recorded at the legendary Valentine Studios in North Hollywood, where the Beach Boys, Bing Crosby and Frank Zappa all logged hours in its art-deco booths, the sixteen-track album draws from an eclectic range of psychedelic references for an experimental trip that clocks in at just over an hour. Produced by Sacred Bones Records, the Broolyn-based label with John Carpenter, David Lynch and Jarmusch himself on its roster (the latter has produced two albums on the label with Dutch composer Jozef van Wissem), The Mother Stone is a culmination of nearly fifteen years of musical outpouring that’s been refined and edited into an accomplished debut.

Below, Jones recalls handing out demos at gigs, his fateful meeting with Jarmusch and how he uses the same set of muscles on screen as he does on stage.

Finn Blythe: Did you come from a very musical background?
Caleb Landry Jones: My mum’s a songwriter, so I grew up with her. She’s a teacher and in the summer when she had more time she’d play a lot of music, and so I grew up around that. I was always under the impression that you had to play a certain way or music had to follow certain rules. It probably wasn’t until I was a teenager that I realised that wasn’t the case and there were a lot of people before me that stretched it so far, you know? That kind of gave me the feeling that maybe there is a space somewhere in there for me too… but as a kid it didn’t feel like that, it just felt good to play, put your hands on the keys or bang on the pots and pans.

FB: What about music in the area of Texas where you’re from? Is there a particularly strong identity to the local scene?
CLJ: Robert [Hudson] and I, who plays on the record, we had a band in high school so the only music scene that I really saw was whenever we were out to play, and a large part of that was spent younger than 21. We were always playing at places where it was all ages, so we didn’t get into too many bars, we only saw the scene around what we were doing. I remember The Black Angels [from Austin, Texas], I really liked their first record, The Brian Jonestown Massacre… but I don’t think that’s relevant to Dallas, that was just what me and Robert were into at the time. We met a guy named Hal Samples who owned a gallery in Deep Ellum and we became friends. He was really important in giving us the space to come and play on a weekend or at an art show or some get together, anything.

FB: Tell me about this meeting with Jim Jarmusch and why you decided to show him your music.
CLJ: I wrote the first piece on the record knowing I was going to meet him. So I kind of started this theme – at the time it was in a different structure, but it’s more or less what’s on the record. For some reason I had it in my head that it was going to be a more solid way of getting myself across to another human being. It turned out words were just as good.

“I was always under the impression that you had to play a certain way or music had to follow certain rules. It probably wasn’t until I was a teenager that I realised that wasn’t the case” 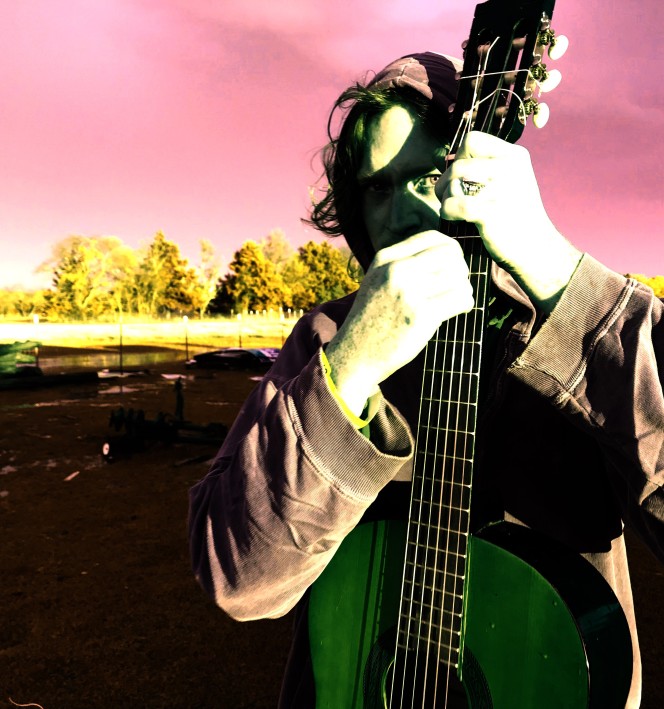 FB: So at that point in your life, did you ever dream of becoming a musician or was it more to supplement your acting?
CLJ: We were just doing it. I had one job selling Green Mountain Energy, standing up the tables and trying to sell what I thought was green energy but they were backed by Bush or something, so… [laughs]. I hardly sold anything, I got fired at a later date, following a miscommunication… anyway it’s another story. I remember I was at a Radiohead concert for In Rainbows and I remember handing a demo of mine and Robert’s out to anyone with a VIP badge [laughs].

Long story short, we wanted our music to get out there and be heard and become like a big band, I guess. There was no way that was happening overnight, it was going to be a ten year kind of thing before I was going to get anywhere with it. I’d already gotten a few jobs acting, Breaking Bad gave me like five grand, that was enough for me to make a move and it felt like the music world was going to be somehow more accessible through acting. At that point, acting started to become something that became a lot more interesting than I thought it could ever be. I felt this urge to do something right away and acting really felt like that was going to be the bridge, that was going to bring me into a space where I could do the things I’d been wanting to do, on whatever scale. And it took ten years of that…

FB: Those hours you spent alone in the barn working songs out and playing around, did you ever feel like that solitary practice ever helped you with acting?
CLJ: I don’t know if that particular aspect did, but more problem-solving. They’re the same beast. One’s got to perform in a different way than the other, but it’s all the same thing in another way, it’s all the same bag of stuff.

FB: How have you found them to be similar or different?
CLJ: I mean they both have their set of limitations. Both involve following an idea through to its execution, doing whatever you can. It’s all the same, you’re working with other people and at the same time using similar parts of yourself… it’s hard to explain in words. It feels more or less like the same thing, just different mediums. One’s sculptures, the other’s painting, you know? One’s swimming, one’s flying – mentally and emotionally you’re working in the same way, I think. 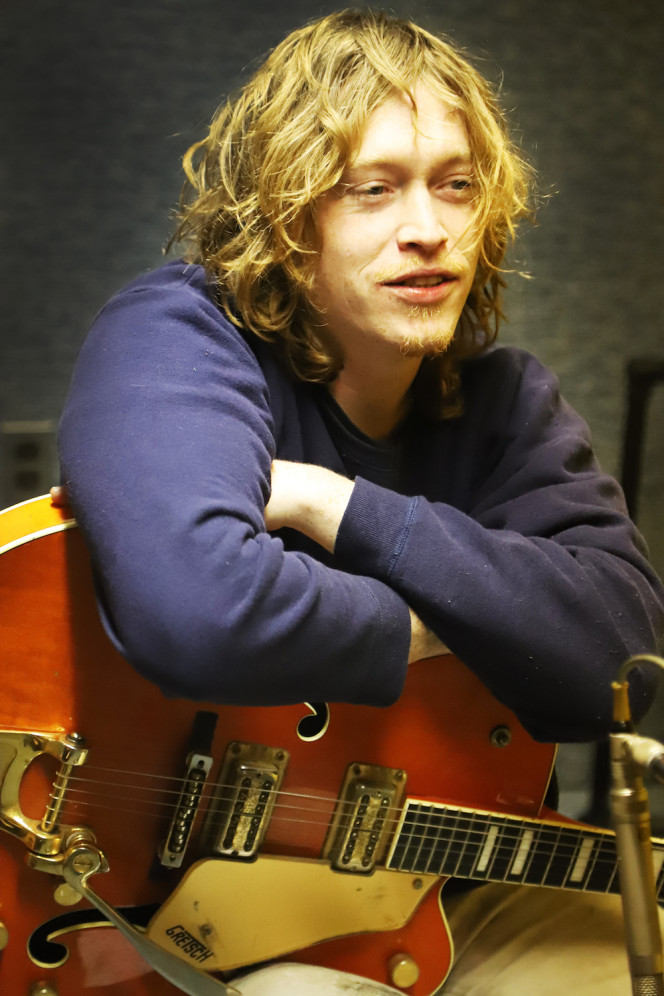 FB: Before you met Jarmusch, you had a back catalogue of songs you’d written but were holding back. What changed?
CLJ: I’ve been making music not necessarily to put out, but just to simply make it. Because this record was more than just me and involved like, 21 people in the end, it was like, “Of course we’re putting out this record. What are we doing if we don’t put this out?” Whether you like it or not, it’s time to do it, scared or not scared. I’m always very paranoid and fearful, but meeting Caleb [Braaten, co-founder of Sacred Bones Records] and talking to him over at Sacred Bones and just having Jim talk about someone else in the way he did, spoke volumes. When I spoke to Caleb it just seemed right and natural and I felt lucky.

FB: What was the step up like recording in Valentine studios? How did it change your way of thinking and what kind of perspective did Nick lend to your tracks?
CLJ: Oh yeah, it’s the whole reason it sounds the way it does. I was just lucky that this guy’s as great as he is at what he does, that he found my music and was excited by it was great. If that didn’t happen we wouldn’t have done it, it wouldn’t have happened at all. I think we pushed each other in a really fantastic way. It’s a mammoth of a piece you know, it’s a lot, and I’m just so blessed and lucky. I met Robert as a kid and that was vital to everything you know, it’s important to keep meeting more people that are going to let you continue to create, hopefully, a lasting friendship as well, but I find it’s very rare you know, it can’t be taken for granted.

FB: I found it quite burlesque, very orchestral… there are moments where it plays on the border of chaos and it seems to be falling apart but it always comes back.
CLJ: Someone sews it back up again, it gets its sea legs suddenly or pukes it all out and now feels better [laughs]. 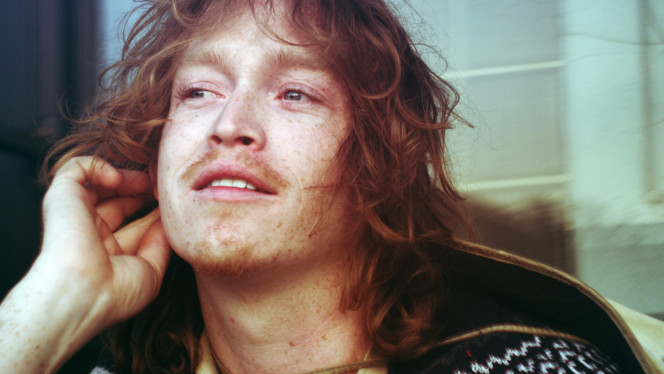 FB: There are a lot of familiar references, especially in those orchestral glissando passages there are shades of Sgt Pepper and The White Album. There’s an experimental feel and willingness to play with the mood of each track.
CLJ: I mean you mention Sgt Pepper and The White Album, both of which are extremely influential in so many ways, not even just musically. I think there are certain things I’ve seen and heard that have marked me and I find a way to assimilate some of that as a way of getting something out of myself. I don’t know exactly what it is but there are these artists that I’m heavily influenced by and it almost sounds like you can hear them in your head when you’re trying to write something and you kind of just go in the vein because it feels natural.

You got to do it that way or you got to play with these things and sometimes it feels like those are the only tools at your fingertips, that’s just how it has to come out. You know it’s going to come out differently because you’re a whole different person with a different series of images, sounds, memories and emotions. So hopefully there’s still this independent character in there that kind of exists outside of all that as well, but I don’t think I’ll ever be able to distinguish what that is or know why.

The Mother Stone comes out tomorrow on Sacred Bones Records.