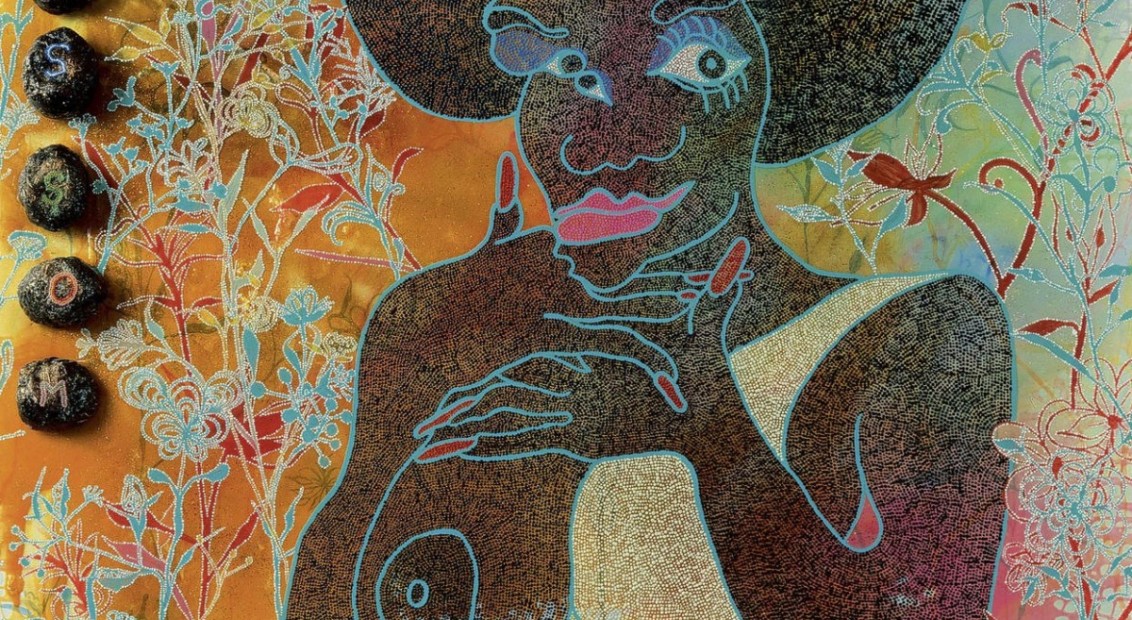 Chris Ofili is a British artist synonymous with the YBA era. Exhibited in numerous international museums and galleries including Tate Modern London, MoMA and Serpentine, his work is famed for incorporating found materials and abstract textures.

Born in Manchester to a Nigerian father and Caribbean mother, Chris Ofili was one of the few artists with non-European heritage to be included in Charles Saatchi’s landmark 1997 Sensation exhibition of the Young British Artists. His practice has often looked beyond this country’s shores for inspiration, drawing from a wide cultural milieu that combines the sacred and profane for bitingly political works that address issues of black culture in Britain.

One year after that now legendary exhibition, Ofili won the Turner Prize, becoming the first black artist to receive the honour and first painter since Howard Hodgkin 25 years before him. Shortlisted alongside Tacita Dean, Sam Taylor-Wood and Cathy de Monchaux, it was Ofili’s strikingly vibrant (and to some, outrageous) works starring a mythical black superhero called Captain Shit which made him that year’s outstanding favourite. 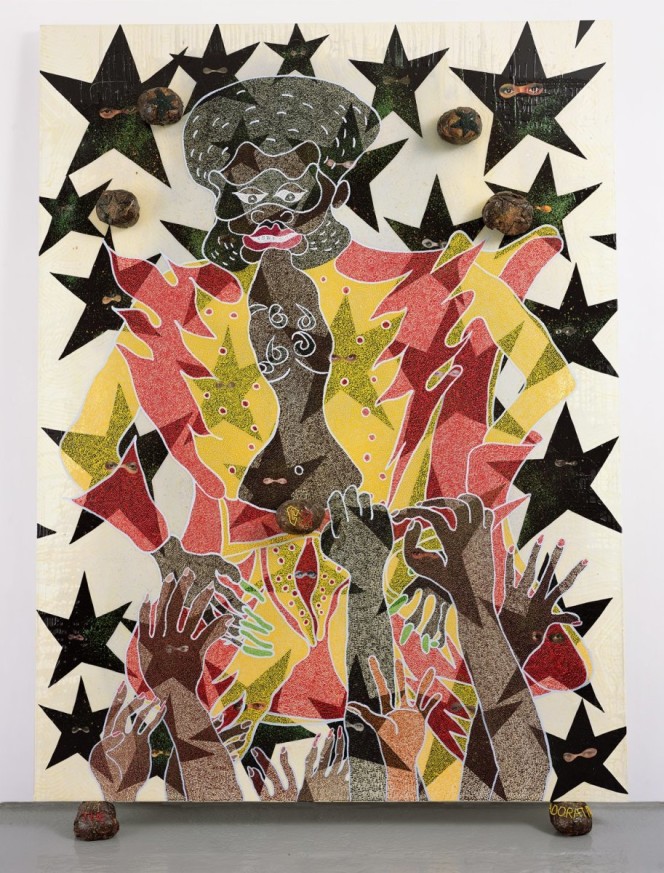 Inspired by his love of Marvel Comics, the painting features references to prominent black figures in popular culture (James Brown and Mohammed Ali), and, to the horror of the tabloids, combined glitter and resin-coated dried elephant dung, inspired by his visit to Zimbabwe (where the artist also became fascinated with cave art).

In 2003, Ofili’s irreverent practice gained further international attention by representing Britain at the 2003 Venice Biennale. Working in collaboration with British architect David Adjaye, Ofili transformed the Pavilion into a kaleidoscopic vision of colour for an exhibition titled Within Reach. Works like Afronirvana (2002) and Blossom (1997) combined the artist’s now signature use of glitter, dung and resin to portray a pan-African state of mind, a colourful and romantic story of the continent as imagined across its diaspora.

After moving to Trinidad in 2005, as much to break new ground as an artist as escape his comfort zone in London, Ofili has expanded his choice of medium further. Departing from the dung and glitter that earned him notoriety in his twenties, he embraced new forms, materials and colour schemes, including tapestry for his excellent 2017 exhibition Weaving Magic at the National Gallery. 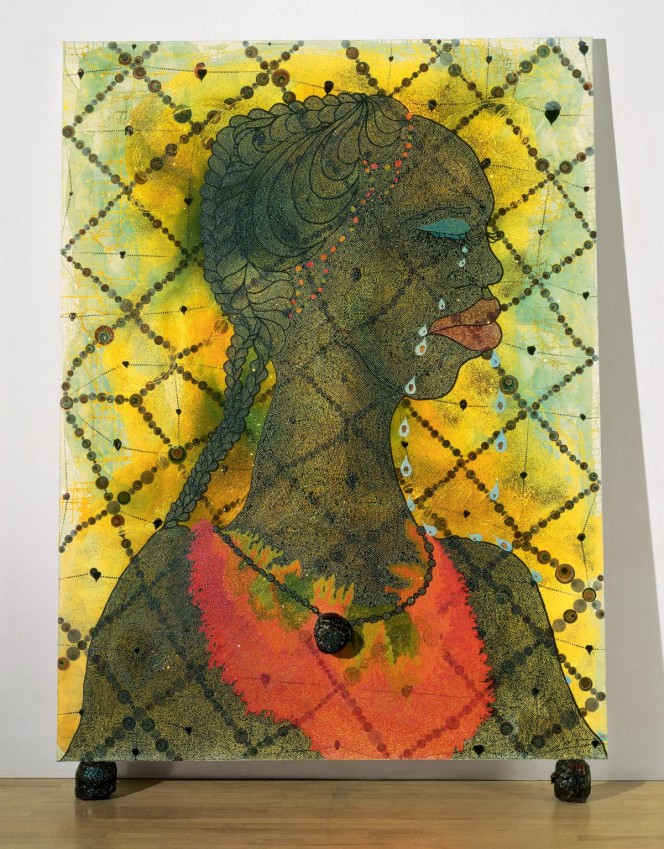 Created in the late 90s, No Woman No Cry was a key work behind Ofili’s 1998 Turner Prize success and remains one of his best-known paintings. Set against a golden background, the work is a portrait of a black woman crying, with each tear encircling a collaged image of  Stephen Lawrence, the teenager who was murdered in a racially motivated attack in London, in 1993. The murder proved a watershed moment in British society, not only because of its brutality, but for the way in which it uncovered  issues of entrenched institutional racism.

Today, the case is synonymous with multiple police and judicial failings which included an orchestrated cover-up operation conducted on behalf of the (then) MES to shield the perpetrators. The 1999 Macpherson Report, which concluded the murder inquiry was marred by a combination of professional incompetence, institutional racism and a failure of leadership, has been referred to as, “One of the most important moments in the modern history of criminal justice in Britain.”

Ofili’s painting pays tribute to the dignity and silent grief of Lawrence’s mother, Doreen, who led a campaign for an inquiry into the failed murder investigation. Painted on a coarse linen canvas, the diamond pattern of adjoining circles that criss-cross the work are taken from a reproduction of a work by the British abstract artist Bridget Riley.

The woman’s necklace pendant is made of elephant dung (the work rests on two clumps of dung whenever it is exhibited) and running across the work in four barely visible phosphorescent lines are the words ‘RIP Stephen Lawrence 1974-1993’. Though the dense layering of material is reminiscent of Ofili’s earlier works from the 90s, the painting marked a departure from his previous grotesque, cartoonish collages to the figurative style we see today.