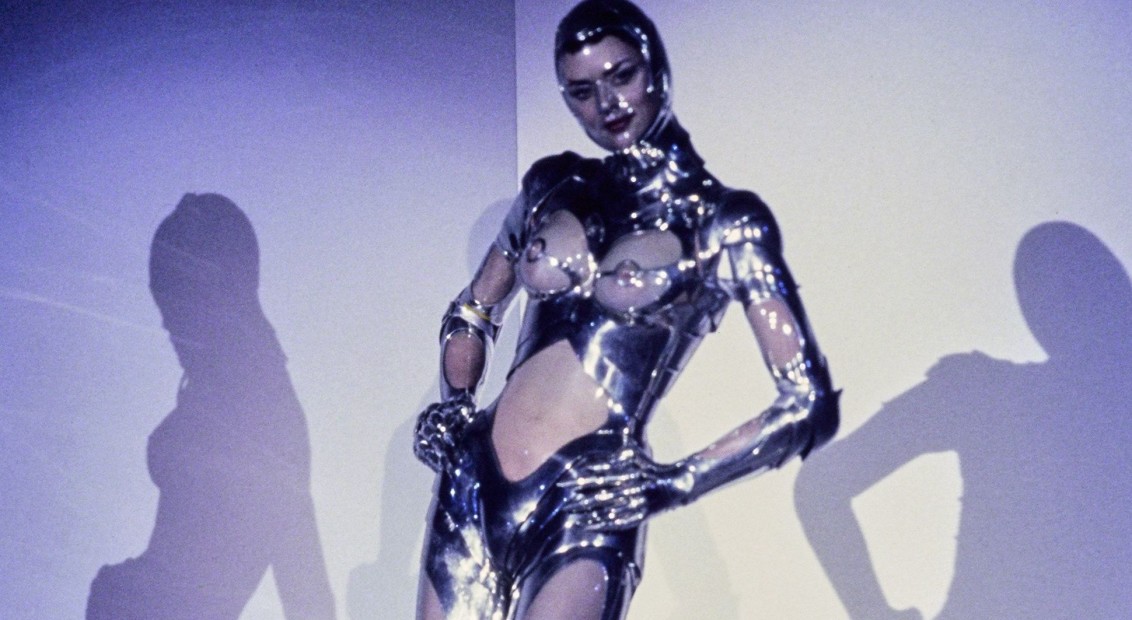 Fashion shows don’t get much more iconic than Thierry Mugler’s FW95 couture spectacle, which doubled up as the designer’s 20th-anniversary celebration. Although his first collection, Cafe de Paris, came in 1973, Mugler spent the 80s carving a reputation as a ready-to-wear powerhouse, bringing charisma, sex appeal and unashamed flamboyance to the runways. In 1992, he made his couture debut – and by 1995, his shows were the highlight of every single season.

These hour-long extravaganzas were less like fashion shows and more like stadium concerts. Runway time was split into sections and broken up by intervals, which grew more spectacular as the years went by: from drag striptease (courtesy of the inimitable Lypsinka) to theatre revue (Les Insectes, SS97), nothing was off-limits.

FW95 pushed this formula to the limit, turning each runway entrance into a work of high-performance art. The show even wrapped up with a live concert by James Brown, whose signature screams were interspersed throughout the high-octane soundtrack, which veered from house to classical at the blink of an eye. 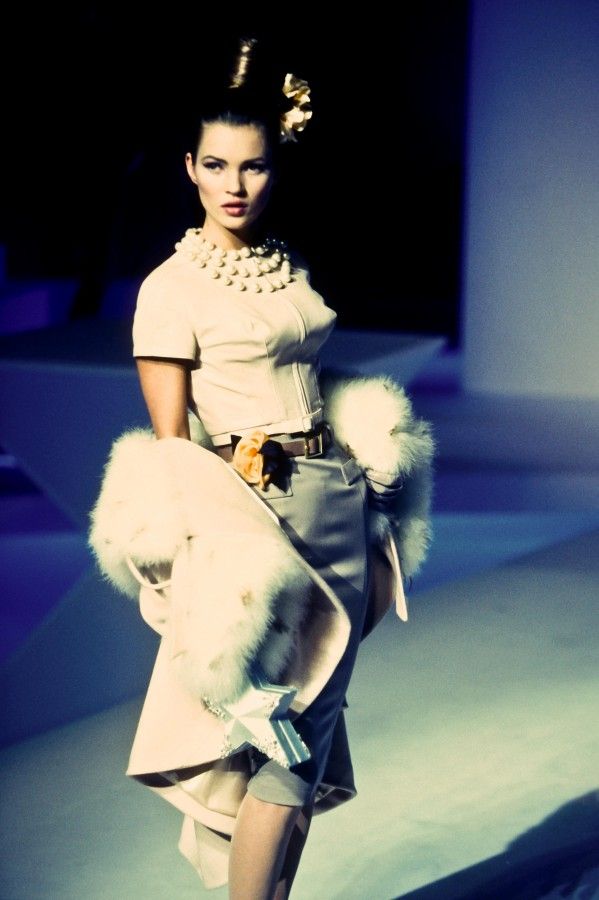 The collection itself infused couture construction with a hint of sex appeal. From ball-gowns with buttock cut-outs to lashings of black latex, Mugler’s fetish-inspired looks shook up a couture industry previously known for demure, low-key presentations. Alongside other couture giants like Jean Paul Gaultier, Viktor + Rolf and Martin Margiela (whose ‘Artisanal’ line was made entirely from found objects), Mugler was instrumental in the couture revolution of the 1990s.

Subtly, Mugler’s casting also rallied against ageism and fatphobia. There was no blueprint when it came to choosing the personalities that would bring his collections to life, only a focus on charisma and an innate sense of glamour. In his eyes, anyone could become a living, breathing embodiment of heightened perfection and this focus on personality amped up industry fascination with supermodels, giving them minutes instead of seconds to captivate their audiences.

The most memorable work of performance art in this show came around twenty minutes in, with the debut of Mugler’s seminal ‘Cyborg’ suit. He had experimented with metal breastplates and sci-fi fantasies for years before this, taking inspiration from artists like Hajime Sorayama and his “sexy robots”, but this was next-level. 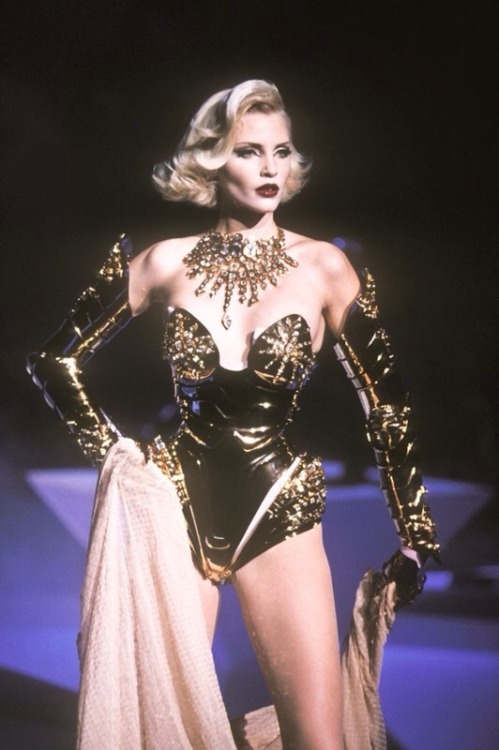 Initially clad in a floor-length robe and enormous hat, the model slowly disrobed to reveal her face, covered entirely by what looked to be metal and plexiglass. She continued to strip, revealing a silver, metallic bodysuit with transparent windows that gave a glimpse at the human flesh beneath.

Robotically – partly a commitment to the role, partly evidence of the suit’s actual limitations – she walked the runway, performing a brilliantly bizarre striptease. It was a strange, undeniably avant-garde fusion of flesh, metal, sex and desire which nodded to the growing fascination with technology, driven by the looming prospect of the internet and key academic texts, like Donna Haraway’s 1986 essay A Cyborg Manifesto.

Although Mugler’s imperial reign over couture was finished by the late 1990s, the spectacles he created are still some of the most iconic in fashion history. From supermodel casts to high-camp theatrics, they act as a cultural time capsule.

By the end of the decade, lavish extravagance had been replaced by minimalism and a rejection of excess, which also marked the rise of so-called ‘anti-fashion’. But in many ways, Mugler was about more than just beautiful looks: he was about innovation, theatricality and boundless imagination. For those reasons, his legacy ranks as one of the industry’s most influential.