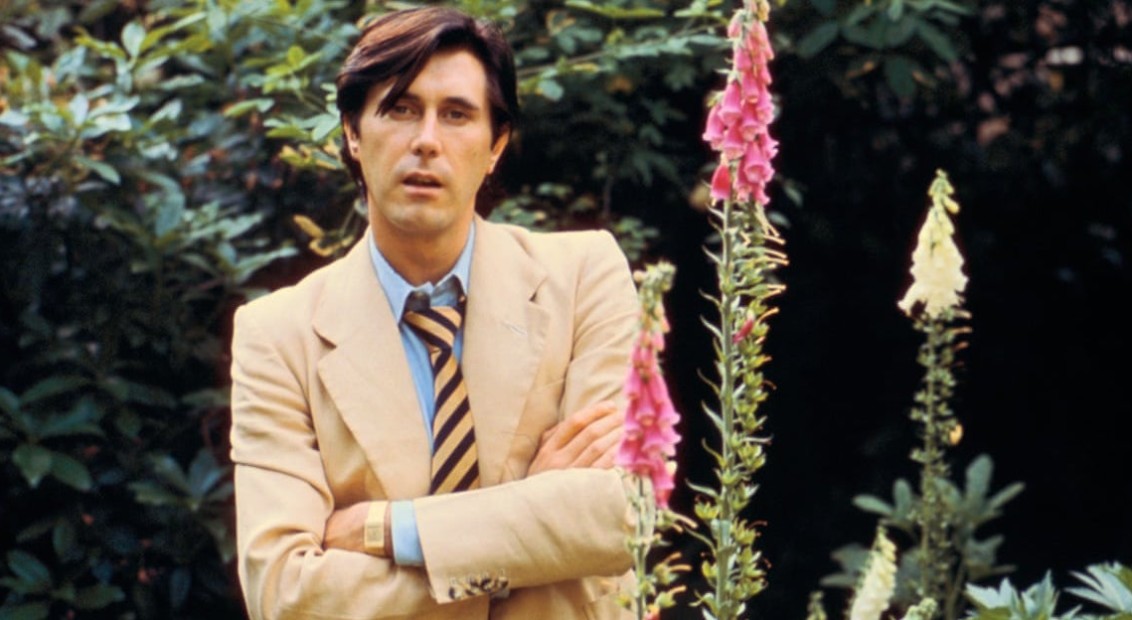 Often referred to as “The Man who shot the Seventies”, Mick Rock’s career has charted some of music’s most seminal moments: Lou Reed‘s Transformer, Iggy Pop‘s Raw Power, Ramones‘ End of the Century, Syd Barrett’s The Madcap Laughs, amongst many others.

“The NHS have always been there for me growing up in the UK and for all members of my family,” said Rock. “If this virus is a reminder of anything, it’s how much we need the NHS. They are our lifeline. We owe them every effort we can think of to protect their own lives while they are protecting the lives of others.”

See the photos below, alongside Rock’s stories reflecting on each. 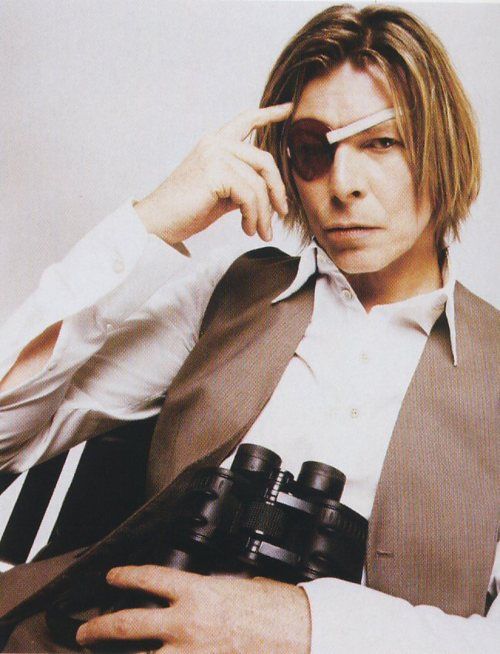 “I hadn’t done a studio session with David in a number of years, although we had been discussing it for a while. A shoot for a US magazine and the desire to have some new photos to include in our first photobook collaboration, ‘Moonage Daydream’ gave us the impetus. I pulled together a number of elements to play with. The eyepatch and the binoculars stirred thoughts in us about a pilot from an imaginary second world war movie, which we were making up as we went along. We shot a lot of different images. Somehow this one didn’t surface. Until now!” 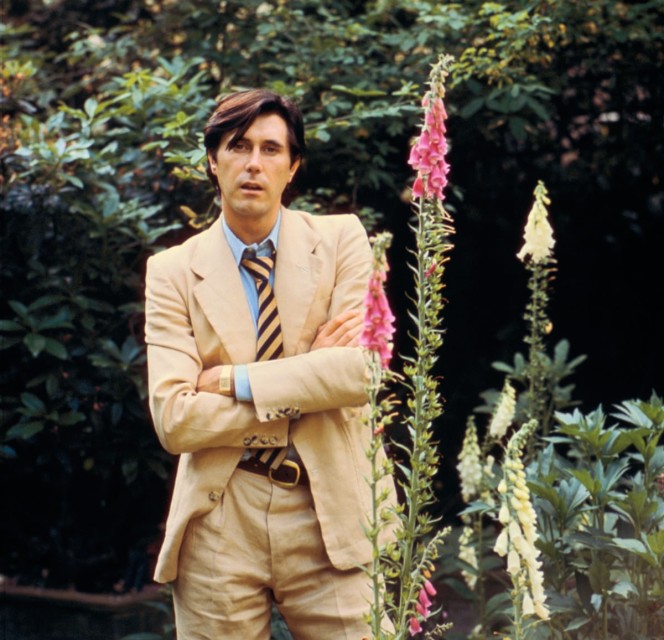 “In the garden of his house just off Holland Park Avenue in 1975, around the time of the Roxy Music single ‘Love Is The Drug’. I was living in my first house on Portland Road, a few minutes’ walk away. He wore a great elegantly rumpled khaki suit. I called it his ‘Our Man In Havana’ look, after the Alec Guinness movie. Bryan always looked good on film, and we were both happy with the results. First I shot him in the house. Later we went into his extensive garden. This one slipped through the net of our selections.” 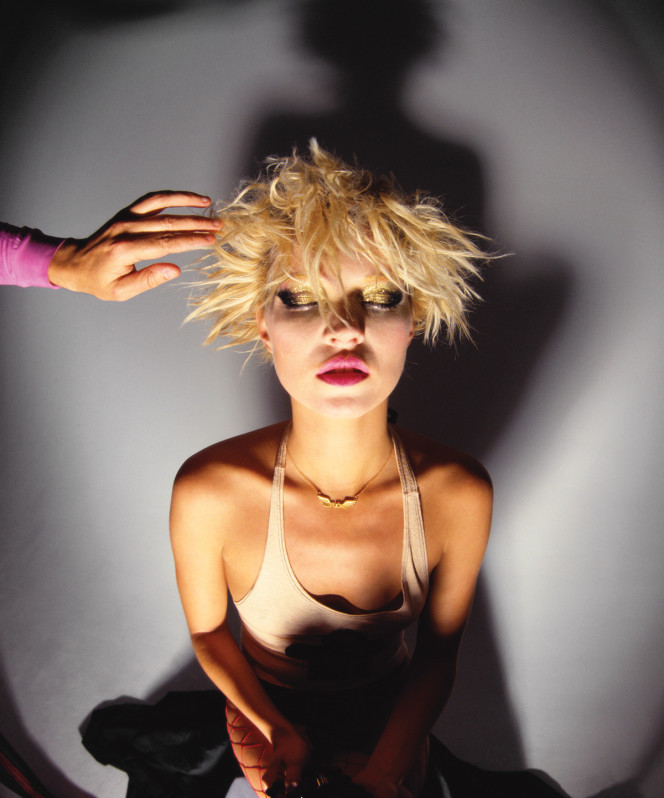 “I can’t remember if this was before or after the Bowie session, but I do remember that Kate was a couple of hours late, however she made up for it with her highly cooperative attitude. As always, I shot a lot of frames, with a variety of lighting setups. I shot with both flash and photoflood and loved the shadows that I conjured up. The images I’ve shown most over the years are those where she is wearing tees with images of mine of Bowie, Iggy and Lou Reed, made up specially for the session. This one was grabbed when the hair stylist was playing with her hair. I always liked it but never found the right occasion to surface it.” 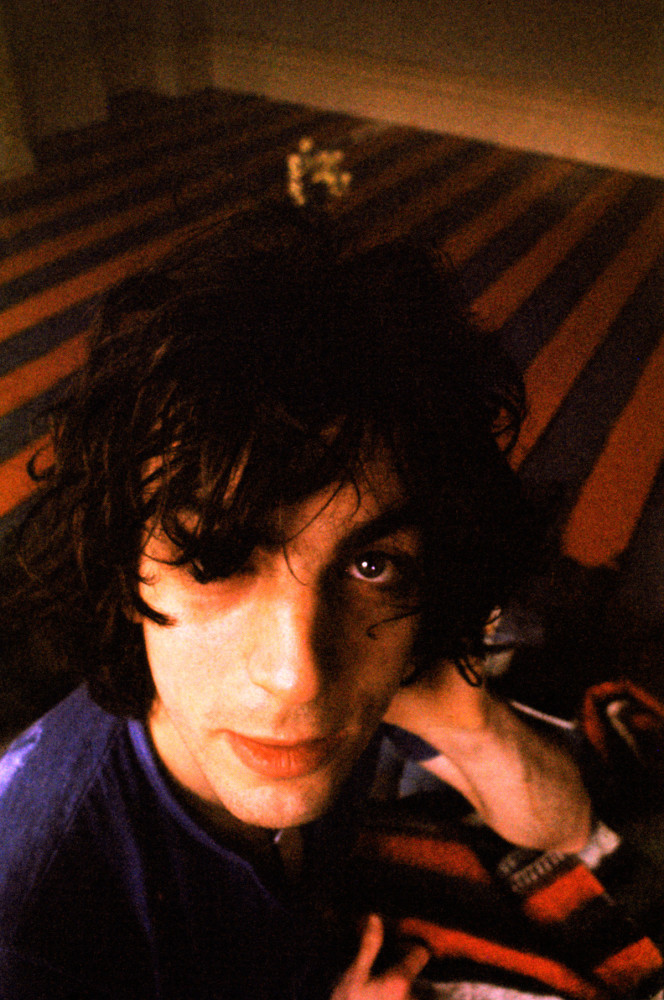 “In his flat at Wetherby Mansions, Earls Court, London in the autumn of 1969. I was there to shoot his album cover for ’The Madcap Laughs’. This was the third time we had planned this, but this day he had woken at a reasonable hour. I didn’t live far away at the time and was able to catch him before his attention wandered elsewhere! He was still in his underpants when I arrived. His girlfriend who we all called ‘Iggy The Eskimo’ answered the door naked and that set the tone for this magical session! There was no furniture in the room, just a mattress and a record player. First I shot with him and Iggy on the turquoise and orange floorboards that he had recently painted. Then I shot him solo on the mattress. These were the most personal and intimate images and Syd told me they were his favourites. But everyone else was most drawn to the floorboard photos.” 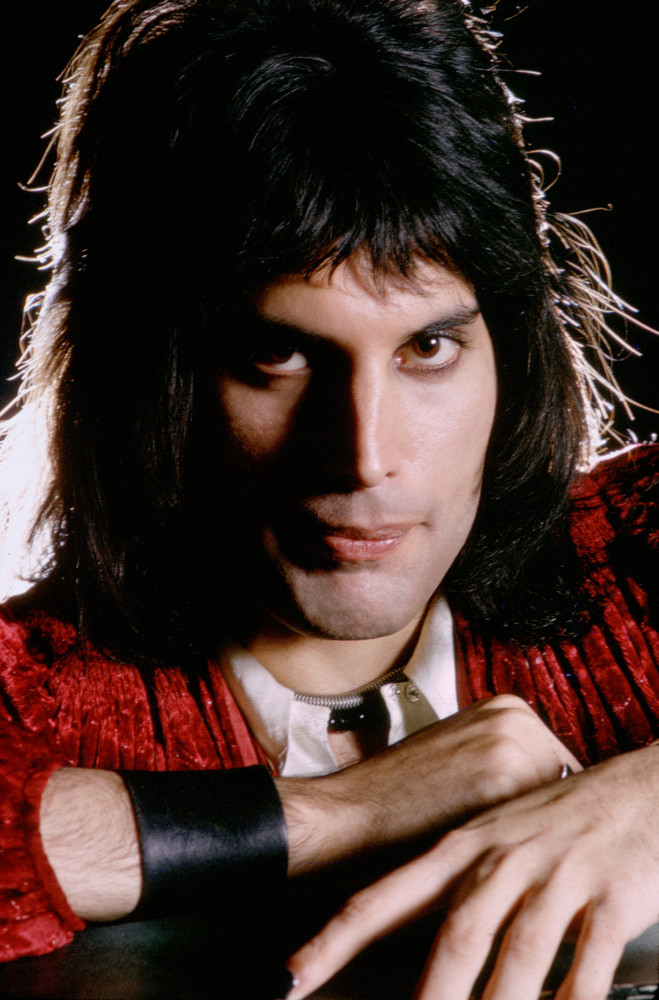 “This was shot as part of a session in mid-1974 at my then studio on Great Newport Street, near Leicester Square, London. I did several great sessions with him in those days. It was always very comfortable. He liked the images I came up with. I enjoyed our interaction. The one caveat was that he wanted to be shot with his lips closed. He had an overbite that made his front teeth protrude somewhat. He explained to me that he had 4 additional wisdom teeth at the back of his mouth. He didn’t want to have them removed because it would reduce his palette which he believed hamper his naturally extensive vocal range. He looks very cool in this image. I can’t explain why it got overlooked until now!”