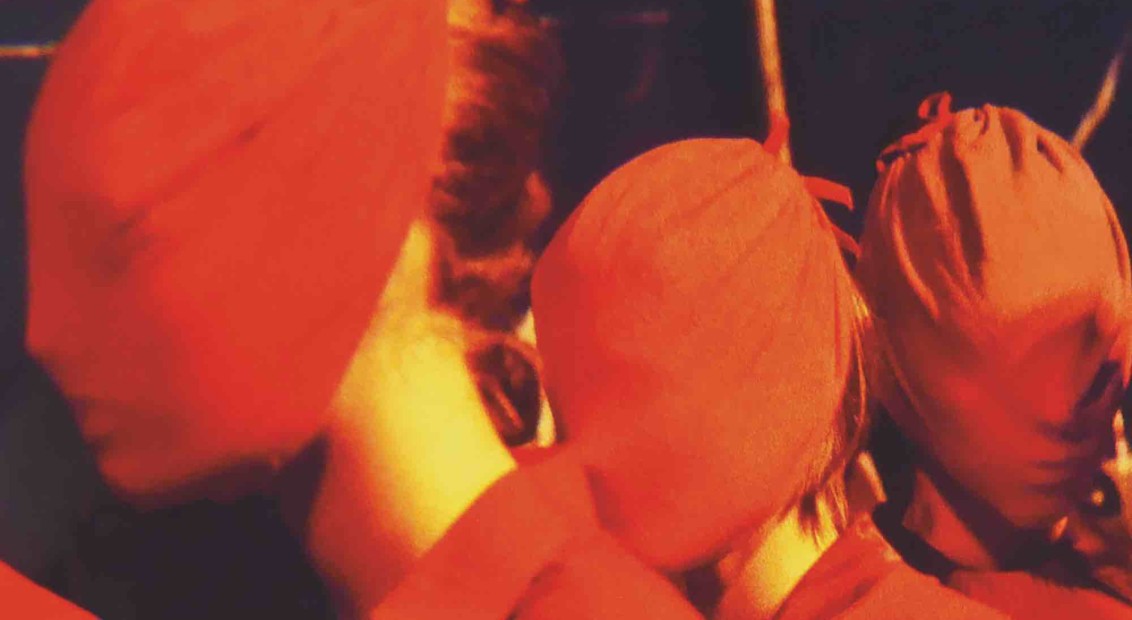 In his own words

In his own words

In 2017, Reiner Holzemer earned critical acclaim with a thoughtful, comprehensive documentary charting the life and work of Belgian designer Dries Van Noten. Buoyed by success, he set about looking for a new protagonist. Holzemer’s search took him to Antwerp’s ModeMuseum, where he first discovered the work of fellow Belgian iconoclast Martin Margiela – who also happens to be the most elusive designer in the industry, if not the world.

“He definitely took some convincing,” Holzemer laughs as he discusses the designer’s reputation. “In the beginning, Martin wasn’t sure that he wanted to have his voice in the movie. But we needed these recordings – so much information about his archive wasn’t public. Martin said he just didn’t like his voice, and when I responded that nobody likes their voice on tape, he said: ‘Oh, you talk like my mother!’”

The mood of this playful exchange characterises the candid documentary, which now stands as the first example of the designer describing his archive on record. From decades-old moodboards to fascinating stories about Martin’s childhood, working process and earliest inspirations, Margiela: In His Own Words is more than just a film – it’s a vital contribution to fashion history. Ahead of its release on streaming services, we caught up with Holzemer to discover more about working with the industry’s most mysterious auteur, and what it was like to delve into his legendary archives.

Jake Hall: What was your first exposure to Margiela?
Reiner Holzemer: It was the exhibition of Margiela’s work for Hermès, at ModeMuseum in Antwerp. I was struck first by the timelessness of what I saw: these outfits were fifteen years old, and I thought you could still wear them immediately. It was pure, elegant, timeless. There were some examples of work for his own brand too, some transparent tops and other pieces. They were so interesting, and so different to his work for Hermès, which I thought was even more interesting. I didn’t know so much about Margiela at the time.

JH: It must have been a shock to realise you’d set your sights on the most elusive man in fashion…
RH: Yes, I had heard his name from time to time but I didn’t know that he was anonymous and never showed his face until that exhibition. We tried to get in touch with him, and it did take a while before we were able to meet. I found out that he had this idea to make a movie for his exhibition at Palais Galliera, but, of course, I had the long documentary in my mind. We had to find a way to convince him, and luckily we succeeded.

JH: What was that process like?
RH: He took some convincing. For me, the important thing was to meet him. I hoped that once he had seen how I worked, he would agree on a movie – whatever that looked like. I knew there wasn’t much visual footage out there other than his shows, but I had no expectation of what the movie should look like. At first, I agreed to the exhibition movie, and Martin said I could shoot pieces before they were on display – but we would have to start in a week. So I put off my appointments because it felt like a one-time chance. 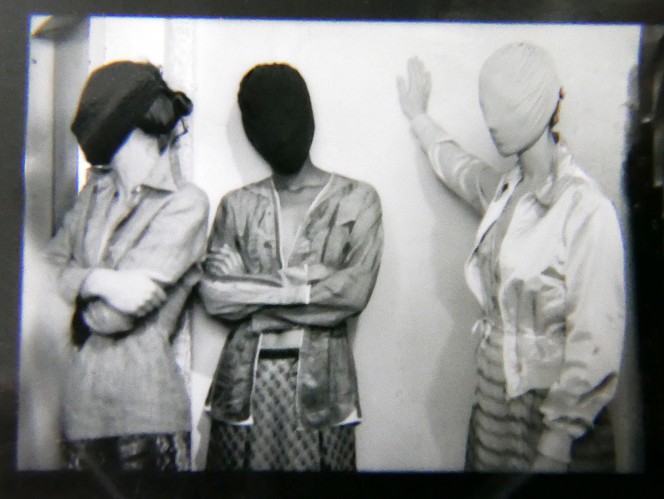 “His work at Margiela is often irritating. I remember first seeing the veils and asking myself: is it surrealism? Is it pornographic? I never imagined it was just about focussing on the silhouettes and not the faces of the models!”

JH: How did you manage to expand that into a feature-length documentary?
RH: We first shot for five days together, where I was quietly observing. Sometimes he would want to introduce something or give an explanation, so we had little conversations. Then, step by step, I was daring to ask him questions I wouldn’t at first. We met for the first time with a representative from Palais Galliera, who mentioned they were preparing a catalogue of Margiela collections. I asked: “How did you get that information, did you interview Martin?” Martin immediately said: “No, no, I never give interviews!” So I knew I had to avoid that expression.

JH: There are some real candid moments, like Martin talking about trying out designs on his Barbies or being inspired by Courrèges. How did you get past that reluctance to be interviewed?
RH: He opened up over time. I called them conversations, and he felt that I respected his work and him as a person, which builds trust and confidence. He was involved in every part of the process. At first, he said we should begin with his time at the Academy, but over lunch we had a conversation. Martin mentioned seeing a video when he was seven years old, and wanting to become a fashion designer in Paris. I said we should tell that story because it was extraordinary in my opinion.

JH: The scenes of Martin opening boxes of sketches from his childhood are amazing, too.
RH: With Martin, it’s often the case that he has to digest ideas. Four weeks after that initial conversation, he said, “Are you still interested in that childhood thing? I thought about it and talked to my mother, who found all these things that I prepared as a boy. I didn’t know that she kept the dolls, paintings, Barbies, lookbooks… it might be interesting to put them in the movie.” Of course, I was more than happy! He prepared a speech the night before, but when we filmed, I just listened carefully and asked some questions. For example, people would say to him that he shouldn’t become a fashion designer. I wanted to know how that impacted his feelings, or even his personality. 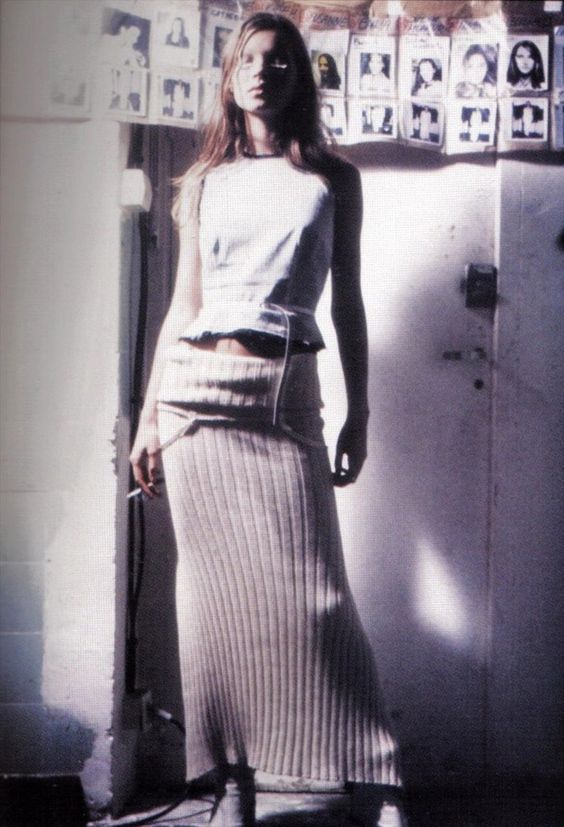 JH: You mentioned that the Hermès years were your first introduction to Margiela. How did your perception change as you saw more of his own archive?
RH: The Hermès pieces are easy to understand, they’re elegant and timeless. But his work at Margiela is often irritating. I remember first seeing the veils and asking myself: is it surrealism? Is it pornographic? I never imagined it was just about focussing on the silhouettes and not the faces of the models! It’s like [journalist] Cathy Horyn says in the movie: he made people think more about fashion. He made me think a lot more, too.

JH: Which collections or pieces from the Margiela archive stood out to you?
RH: My favourite collection isn’t the most typical: it’s when he came up with the idea of photographing a garment, printing the photographed garment onto fabric and then making a new garment out of that [SS09]. I loved the fisherman boots and the punk sweater, too. He saw one with huge holes and wanted to make one for his own collection, but he wanted the biggest holes possible. He asked his mother what were the biggest knitting needles you could buy, but when she showed him, he said they were too small. So his father came up with the idea of using brooms! Then there’s the sock sweater, the grocery bag piece… I don’t want to wear it though, I would sweat in it. It’s very expensive now. It sold at an auction for €20,000. I like that you can see how time passes in his work. It’s not super brand new and chic, it gets more beautiful over time.

JH: Having worked with Dries and Martin, what have you discovered about the fashion industry?
RH: It’s a tough business that really demands a lot of physical and creative energy. When you’re doing the same thing every day, it’s easy to generate huge output. But fashion has to be something new all the time. As a filmmaker, I couldn’t make twenty 90-minute documentaries in a year! Dries refused to make more than four collections a year, but for one collection he would sometimes end up with 1500 pieces. You see the finished product, but not the looks that he skipped. I was so fascinated by how many decisions he had to make in a day, too. I asked if he ever counted, and he just said, “No, but now you know why I always wear a blue sweater and a blue shirt!”

“At a certain point, you probably have to make the decision between working as much as possible and stepping back, delegating more. For Martin, that wasn’t easy – he’s happiest when he’s by himself making the things he wants to make.”

“When I showed the first rough cut, we watched non-stop for two hours, and his first reaction was to stand up and hug me for half a minute, so he was really touched. Two minutes later, his other side came out when he said, “OK, now we have to watch again and make a detailed list of mistakes.”

JH: You also touch on the misconception that designers earn huge amounts of money.
RH: Definitely. Everyone thought Martin must be such a rich guy, but from what I can see from how he lives and dresses, it’s all very normal. Before Martin had an investor [Renzo Rosso], he had to do jobs for Hermès and other brands to make an income. Once he sold his company – and I’m not blaming Renzo, because it’s the whole industry and not just single people – but how many collections did he have to make in the end? At a certain point, you probably have to make the decision between working as much as possible and stepping back, delegating more. For Martin, that wasn’t easy, he’s happiest when he’s by himself making the things he wants to make.

JH: Finally, it becomes clear in the documentary that Martin’s a perfectionist. So I’m curious to know: what was his response when he watched?
RH: Martin isn’t someone who says quickly or easily that something is fantastic. He’s quite a sober guy in a way, which ties into his family, where he comes from and his approach to fashion. When I showed the first rough cut, we watched non-stop for two hours, and his first reaction was to stand up and hug me for half a minute, so he was really touched. Two minutes later, his other side came out when he said, “OK, now we have to watch again and make a detailed list of mistakes.” The list wasn’t short! But he told me I could do whatever I wanted with that list, and there are still parts missing – when he started opening up about his childhood, he suggested we make two 90-minute movies. Either way, it was very important to him that his name appeared close to mine in the credits. To me, that’s proof that he gives his seal of approval.

More information on how to download Martin Margiela: In His Own Words can be found on the official website.