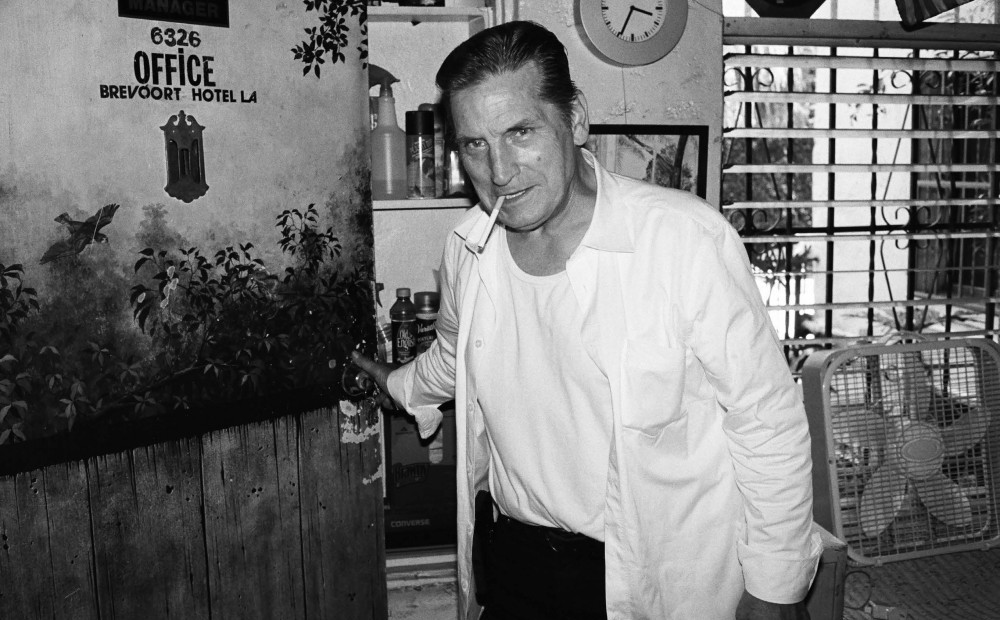 Behind every great artist, there’s usually a handful more. This was the case with Andy Warhol, whose fabled Factory became a New York hub for glamorous trailblazers and industry rebels to hang out, congregate and share ideas. Here, a handful of ‘superstars’ were born: from Ultra Violet and Viva to trans pioneers Candy Darling and Holly Woodlawn, these muses inspired some of Warhol’s best work. But it was his trilogy of films created with director Paul Morrisey – Flesh (1968), Trash (1970) and Heat (1972) – that made a star of Joe Dalessandro.

These films, combined with Warhol’s stamp of approval, transformed Dalessandro from a physique model into a subcultural sex symbol, whose influence still burns today. In particular, his work made a mark on Brazilian musician Thiago Pethit, whose Moon music video was a reiteration of Flesh. The two connected soon after, becoming an “odd little family”.

Back in 2016, the duo sat down in Dalessandro’s Los Angeles home for a candid interview, first published in HERO 16 and photographed by the legendary Brad Elterman. Like most of us, Pethit was fascinated by the glory days of Warhol’s Factory, recently showcased in a comprehensive Tate retrospective of the artist. To commemorate its launch, we delved into the archive to pull a handful of Dalessandro’s quotes, which offer an intimate insight into one of the art world’s most influential collectives. 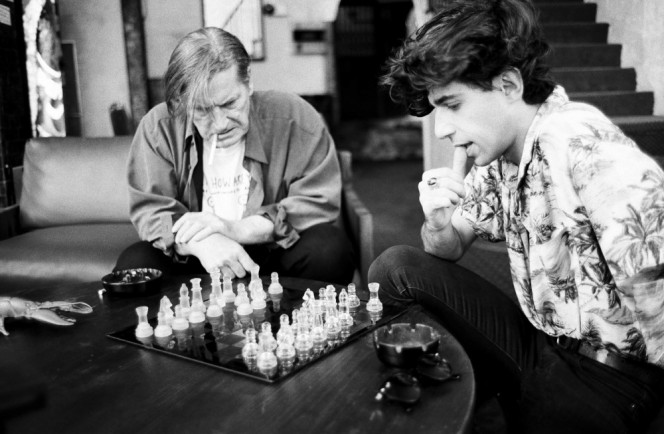 ON MEETING WARHOL FOR THE FIRST TIME

“People would come up to me and know about me through something else. Like with the Andy Warhol situation, I went to him because I was interested in Campbell’s soup, I just wanted to get a bowl of soup [laughs]. So I showed up at his place and they kept telling me he was an artist but I didn’t know how art had anything to do with soup. I was a young kid and over time Paul Morrisey became my mentor.

To me, these movies they were making were just silliness, they weren’t really movies, but yet they had a big following and people wanted to see me, they wanted to see how I reacted to certain situations. Paul taught me the importance of films. So yeah, the Andy Warhol thing was an accident, but Paul groomed me and made I sure I would be able to react the right way and I allowed that to happen by realising that I needed to get some good information and interact with the world.”

ON HANGING OUT WITH THE SUPERSTARS

“Candy was very quiet. But I didn’t socialise with any of these people really. I was very nice to them when we came together to do any work, but we didn’t hang out really. They were all afraid of me because I was the popular one with Paul and it’s important to be popular with the person who is putting you in front of the camera, that’s the person who makes you look good and gives you a good story.”

ON THE MAGIC OF THE ‘PAUL MORRISEY TRILOGY’

“It was a combination of Andy’s name and ideas and Paul putting these different people together in a scene that made these movies so interesting. I always said that Paul had the greatest eye for casting, and I believe that’s because he wanted to know everything about a person on the first day of meeting.

Nobody wants to tell everything about themselves, but he had a way of worming it out of you and making you tell him everything about yourself, so he could pretend that he knew you. That’s how it was when we worked on Flesh and Trash, he put together this group of people and told us this small synopsis of the story, of what he wanted us to talk about, and we just went from there.”

ON HIS TRASH CHARACTER’S DRUG ADDICTION

“Because [Paul] picked out interesting people, we were able to improvise a small story and it was like a documentary for people. They thought they were seeing a piece of truth. I remember when people thought I was the drug addict from Trash, they all wrote me letters saying, “Joe, please don’t do drugs, please, please.” People saw them as documentaries, not films, they thought it was us telling our lives. Paul would tell us bits about what direction he wanted it to go towards and then put in the nudity he wanted. He’d always get me to do scenes that I thought weren’t necessary, but I’d do them and felt that if Paul said it’s right then I’d do it.”

“You know why that came about? It was because they offered Holly to come to Cannes and these different places, and Paul would tell me that I had to accompany her because she was afraid for her to go by herself. So I had to make sure Holly got from New York to Cannes without being stopped.”

“I have this thing where I see people by what they show me, so if you dress as a woman and come over, I’ll treat you as a woman. I’ll treat you as you portray yourself to me. Whatever you show to me is what you want me to see. I found out about Andy’s wig when he was in hospital. I didn’t go see him because they told me that Andy didn’t want anyone to see him because he didn’t have his hair on, and I was like, “What do you mean he doesn’t have his hair on?” And they told me it was a wig, I was like, “What’re you talking about?” I thought they were just joking to me because I always saw him with hair!”

ON PAUL MORRISEY AS A HOLLYWOOD MENTOR

“One time we were out here on the West Coast at a party at Jane Fonda’s place, and there were a lot of people there and everyone was drinking and playing hoopla and Paul said, “Don’t go near those people, they’re just looking to get you into bed.” I was like, “What’re you talking about?” But I didn’t go near them, I did what he said and stayed away. Then he came back after the party and said, “I don’t think you should drink when you go out because I took note that when you drink you don’t stop, you drink too much, you’re an alcoholic.” I told him, “No, I can stop, I just like drinking.” But the truth was, he took note that I drank a lot. So now, I can go to the parties but I can’t drink, and I definitely can’t sleep with anybody, you know?”

“I was in a period where everything was messed up and there were protests and stuff, but all that time you felt that, down the road, everything was going to be different because all these people would grow up and be the people in power, and everything would change for the better. Well all those people grew up and became bigger assholes than the people who went before them. How does that happen? All of these people back then, every single one of them smoked a joint, there’s nobody that went through the 60s that can say they weren’t part of the scene, because everyone tried to be part of it. That’s why I had this belief that when these people came into power, everything would change. It changed, but for the worse!”

“I remember one time he was doing an interview and they asked about his sexual preference, which is a stupid fucking question to ask Andy, but he answered with, “I wouldn’t throw Mick Jagger out of bed.” I thought that was brilliant, so I started using that too!”