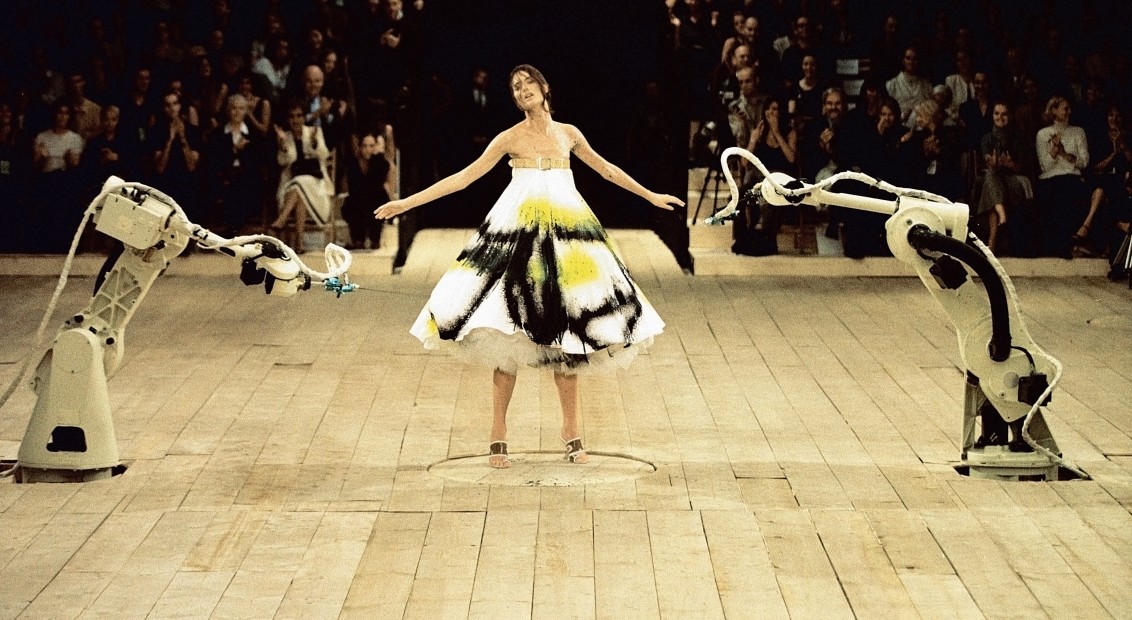 In 1993, mere months after graduating from London Central Saint Martins fashion school, Alexander McQueen set about creating a collection called Taxi Driver – a reference to the Martin Scorsese film, but also a nod to his own dad’s occupation. Despite quickly garnering critical acclaim, the designer went out after the show and found himself too broke to pay to put the clothes into the cloakroom. He bundled them into bin bags and left them outside a King’s Cross nightclub. Hours later, they were gone.

Stories like these only add to the reverie around McQueen, an influential maverick whose earliest collections were DIY spectacles with controversial, meticulously-researched concepts. But as a result, he often didn’t have the budget to properly archive the pieces – so many have been incredibly difficult to find.

Well, at least until now.

Couturier Ruti Danan, who worked alongside McQueen throughout the 1990s, has preserved a series of pieces from various collections, scheduled to be auctioned in Boston this weekend. Die-hard fans can get their hands on patterns, sketchbooks and rare show invitations from some of his earliest shows, as well as key pieces like the Highland Rape tartan and the sharp-shouldered, tailored grey jacket, worn in The Hunger over a latex corset filled with live maggots.

To commemorate this rare unveiling of the designer’s fabled archive – a full catalogue of which can be found on the auction house website – here’s a selection of the standout collections available to, at least, partially, bid on. 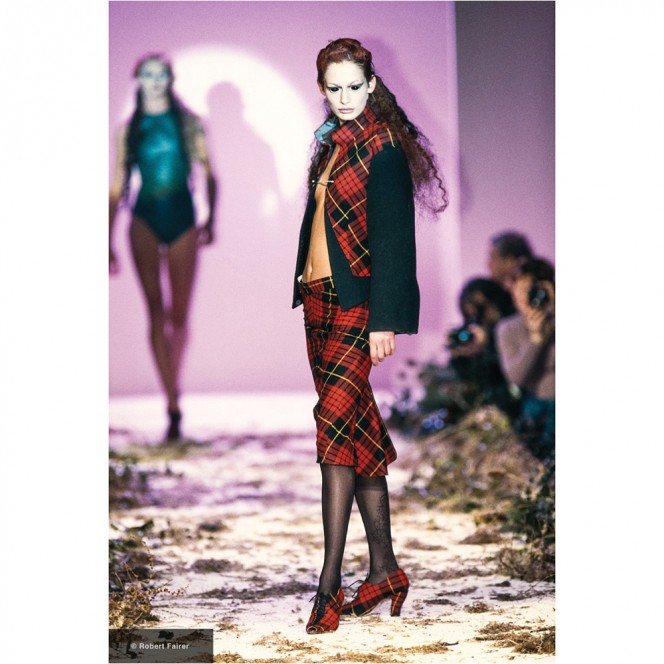 Arguably McQueen’s most controversial show ever, Highland Rape saw the designer explore his Scottish heritage through a series of looks spiced together from lace and tartan – plenty of which, from jackets to pencil skirts, are on auction, and predicted to draw hundreds of thousands of dollars.

Although critics accused the designer of romanticising sexual assault, the ‘rape’ in question actually referred to Great Britain’s frequent invasions of Scotland, specifically during the 18th and 19th centuries. McQueen took this to the extreme, staging a theatrical show filled with bloodied, frenzied models darting onto the runway, their clothes appearing slashed by force.

Some had their breasts hanging out of otherwise conventional black dresses, whereas others wore skirt variations of the iconic ‘bumster’ – already one of his staples, despite being only a few seasons deep into his career. Although it marked the latest chapter in a turbulent relationship with the press, it was seen as the show that put him on the map. 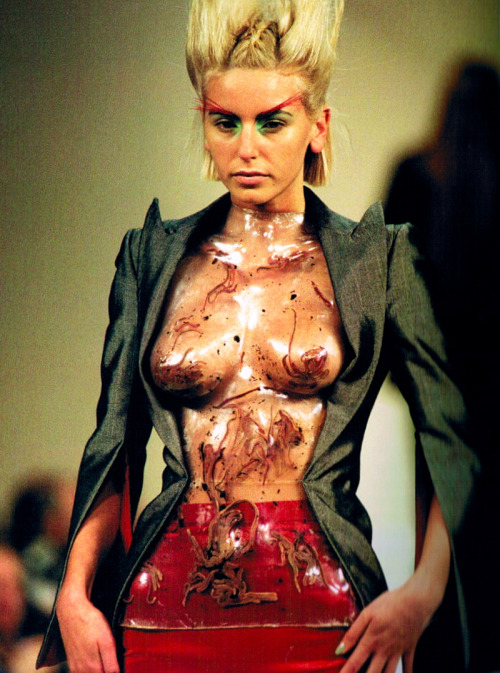 McQueen often took inspiration from films. SS96, named after the vampy, sexed-up horror Hunger, starring Catherine Deneuve alongside Bowie and Susan Sarandon, was no exception: from bondage straps to bloody handprints, the references were quite literally stamped across the collection.

A fascination with flesh defined the texturally experimental looks, which used wet-look chiffon and chain-mail organza to offer glimpses of the body beneath. One model even wore a fencing mask, her face barely visible under the stiff, grey mesh. Sexy yet unsettling, the collection also yielded a series of chinoiserie looks up for auction this weekend – as well as a latex corset, whose bodice kept a series of live maggots stuck to the model’s torso. 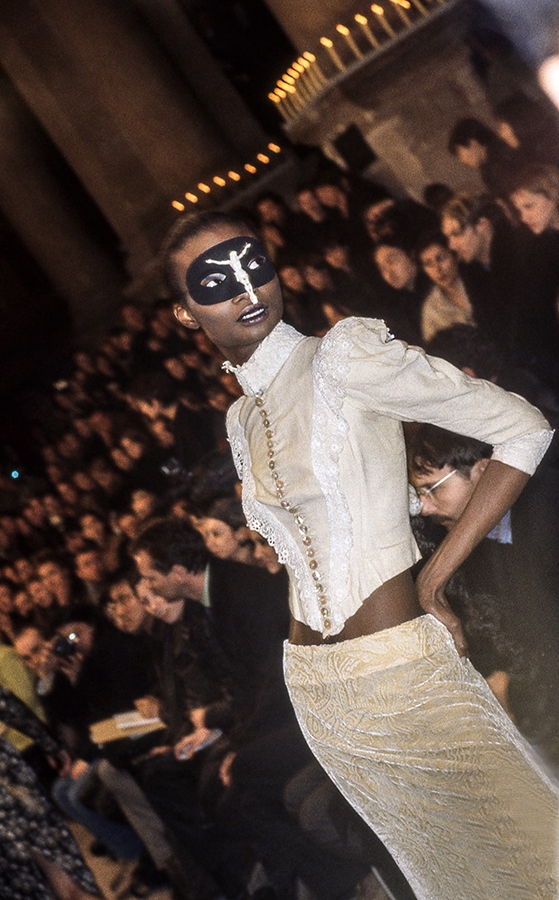 Models including Kristen McMenamy and Debra Shaw gave a satanic showing for FW96, a collection filled with creepy crucifixion masks, acid-washed denim and intricate black lace. Held at a candlelit church in East London, Dante marked the designer’s first exploration of the duality of religion, which continued right through to his posthumous FW10 Angels & Demons collection.

A black, cropped military coat with gold rope detailing is amongst the highest-valued pieces in the upcoming auction, which is unsurprising – McQueen’s Victoriana obsessions and Savile Row training combined to make him one of the most formidable tailors in the industry.

Fashion moments don’t get much more iconic than the climax of No. 13. Wearing a voluminous, white strapless gown, fastened at the chest with a tan leather belt, Shalom Harlow stepped onto a revolving platform to be blasted by two robotic machines, armed with black and yellow spray paint guns. Framed as a battle between human and technology, the gloriously dramatic moment remains one of the industry’s finest.

Elsewhere, the collection featured variations on McQueen staples – like the kick-flared, black trousers set to be auctioned from Danan’s personal archive. Other highlights included Aimee Mullins, a Paralympic athlete who wore a one-of-a-kind wooden leg carved with an intricate, floral motif. 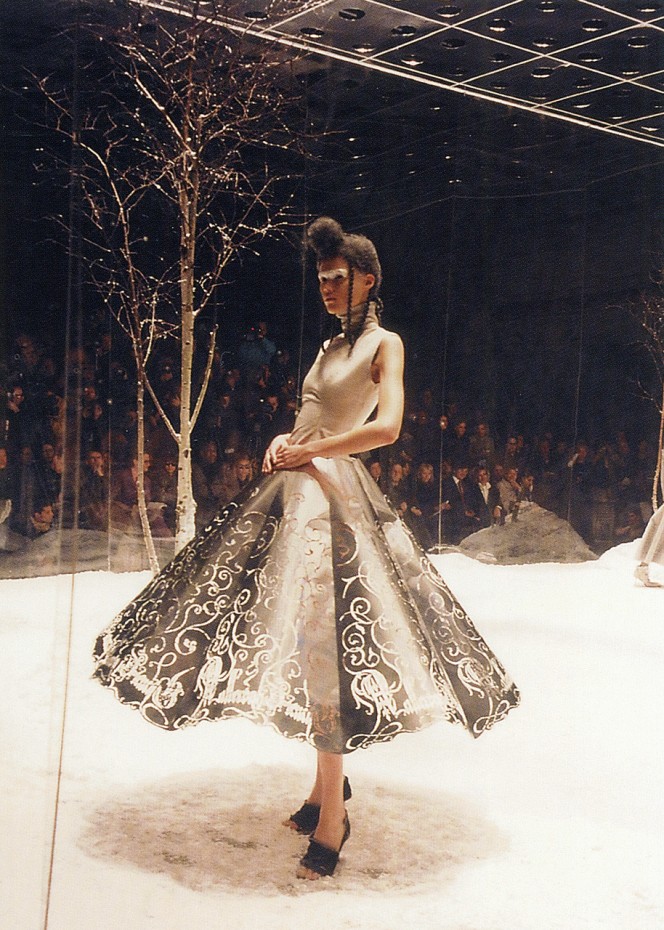 One of McQueen’s final collections before being partially bought by Gucci in 2000, The Overlook again had a cinematic inspiration: The Shining. For FW99, McQueen staged a recreation of the fateful blizzard scene inside a huge Lucite box, where models stalked a snow-covered runway with lashings of white eye make-up and snow-flecked up-dos.

Up for auction will be the blush pink, S-bend trousers, again pulled from Danan’s own personal collection. They’re one of the lightest looks in a collection otherwise filled with laser-cut leather, pin-striped suits and modified obi belts – and one of the last shows in a crucial, pre-Gucci chapter of McQueen’s legacy, which still stands as one of the industry’s most influential.