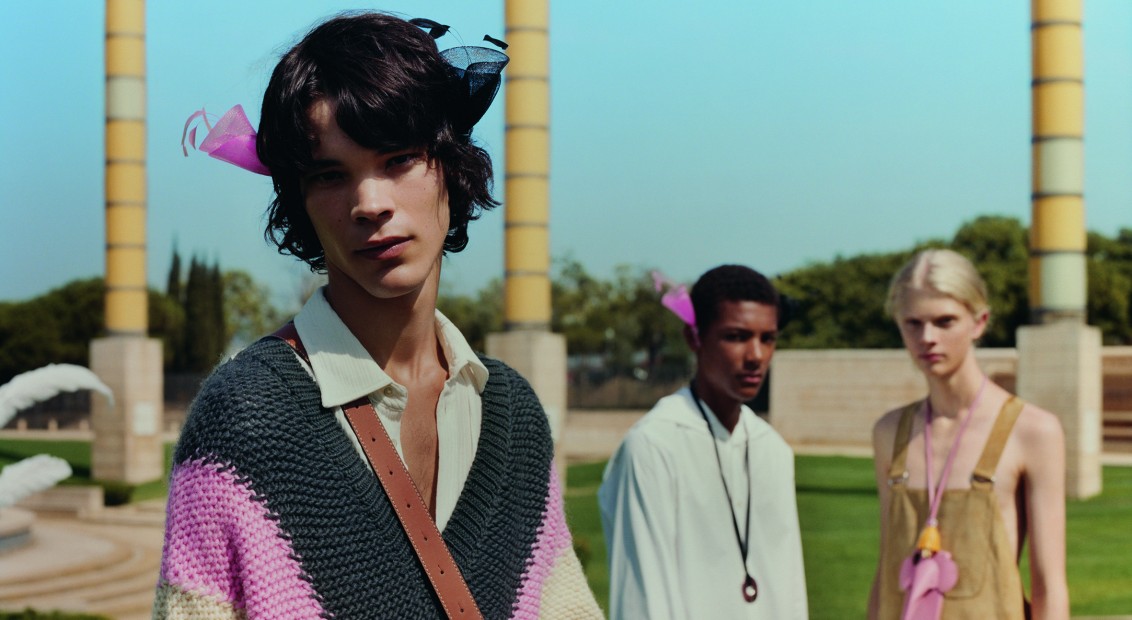 Having previously teamed up with Tyler Mitchell to shoot its FW19 menswear lookbook in Spain’s Toledo, SS20 sees Loewe reunite with the US photographer to capture the brand’s SS20 in amongst the architecture of Barcelona’s Olympic Park. 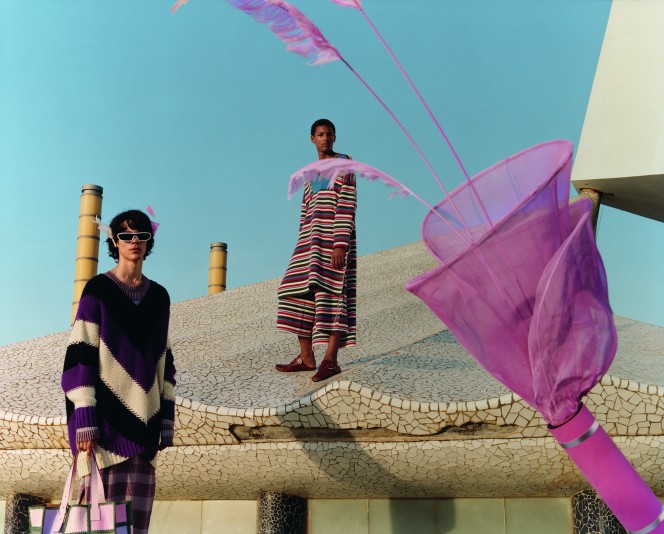 At the centre of the imagery stands Santiago Calatrava’s incredible 136-metre high Montjuic Communications Tower, built to transmit television coverage of the 1992 Summer Olympic Games in Barcelona and designed to resemble an athlete carrying the Olympic torch. Against a clear sky, models are styled head-to-toe in the house’s SS20 collection by Benjamin Bruno as ‘nomadic pilgrims’ who appear as if beamed from another dimension on a futuristic odyssey in search of harmony. 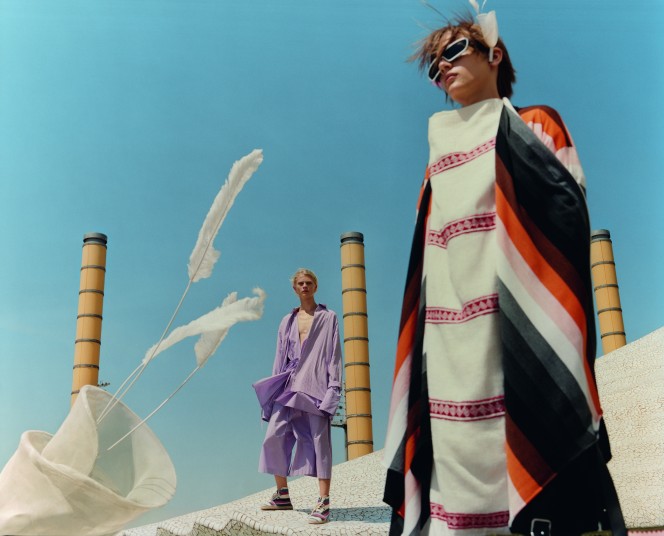