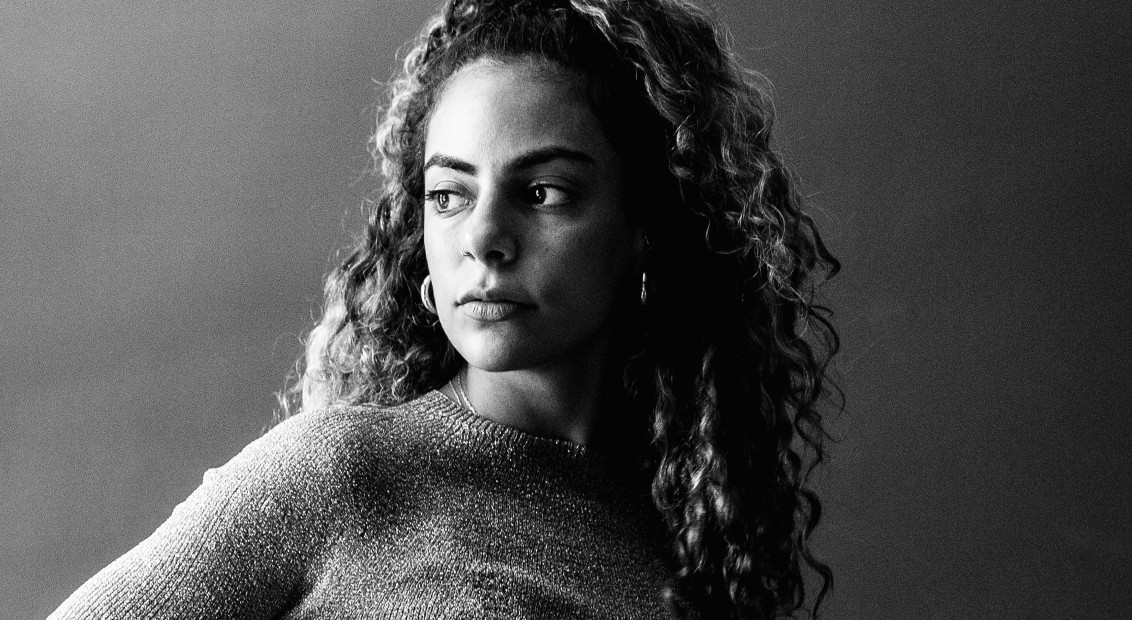 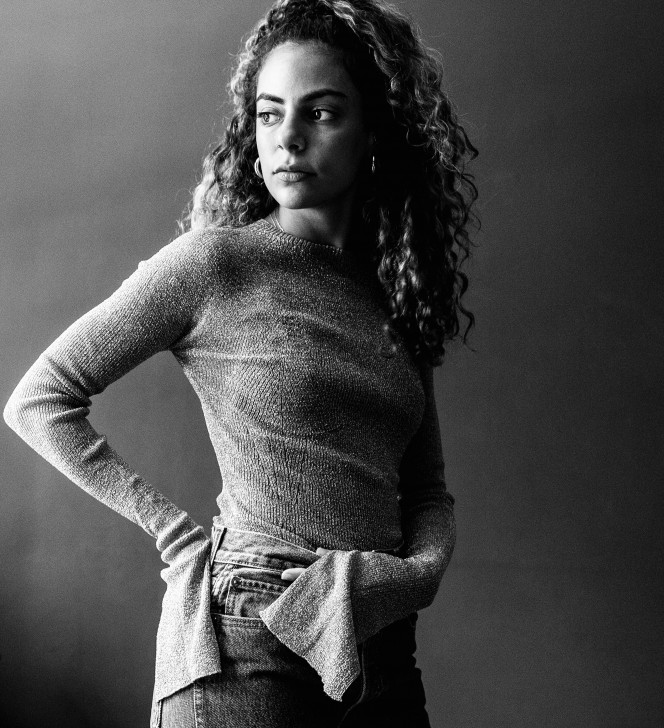 Arabella Noortman: How does your heritage influence your work and voice?
Rand Faris: I think especially in this day and age, we’re growing. We’re celebrating people having a voice back where I’m from [Jordan], so there’s a lot more women – Arabic women – who are building up their voice and trying to use it to say something. I personally wouldn’t call myself a poet, because I look around me and there are a lot more established women for whom this is their profession, and this is what they’re fighting to be. So, I feel like to call myself a poet feels… I don’t want to sound phoney –

Arabella: Do you have impostor syndrome?
Rand: A little bit, because I started writing when I was younger. As a teenager you just write about love, and boys, and then I think I stopped. I picked it up again right before I went to university, because I remember my grandmother was sick – she had dementia – and because she lived in the States and I lived in Jordan, our relationship was based over the phone. During one of our telephone conversations she was forgetting what we were talking about a lot, and it just compelled me to write something for her that she could read over and over again when she was forgetting. It was a poem, it wasn’t just a letter, and after that I felt a push of confidence to start writing again.

Arabella: You include Arabic in some of your poems and in one you say the Arabic language has the “ability to create a world of pure tranquillity.” Could tell me a bit more about what you mean by that?
Rand: Every language obviously has its own ways of expression. I think Arabic is very poetic in a conversational way. Sometimes when I listen to Arabic, to an Arabic song or poem, the images created through the words are very poetic and calming and tranquil. 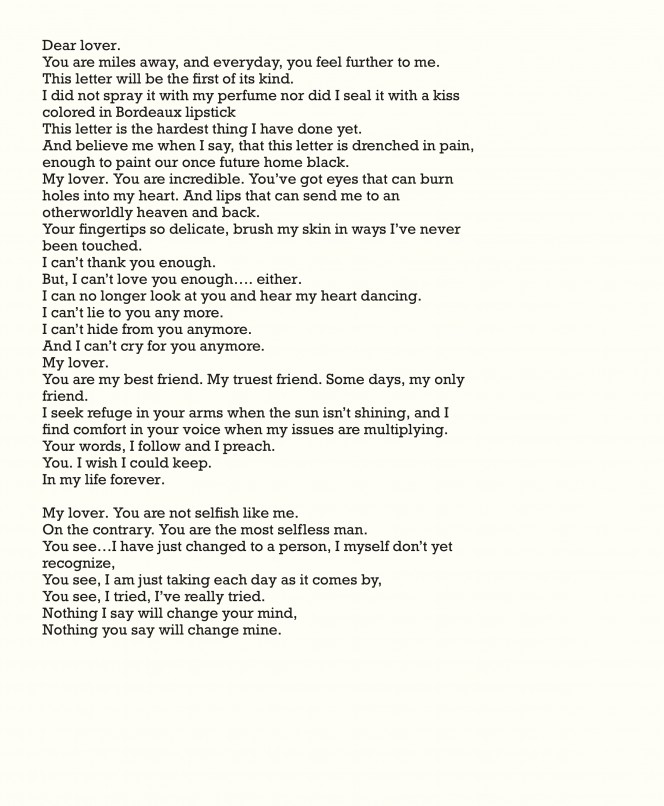 Arabella: In terms of applying your poetic process to English and Arabic, conveying feeling or encapsulating image, how does your approach differ with each?
Rand: I still don’t feel strong as an English writer or an Arabic writer. I feel there’s a gap in my English because my vocabulary isn’t big enough. That’s why I think a lot of my poetry is more conversational, rather than being heavy on metaphors, imagery, or using big words. When I started to watch more spoken word being performed, it made my poetry more performance-like, and found ways to make it more rhythmic.

Arabella: You say your English vocabulary isn’t as extensive as you’d like it to be, I feel your poetry is incredibly powerful, because of its inherent rhythm. I don’t know how consciously you’re doing it, but the way you repeat words, the way you use punctuation…
Rand: Thank you. I really appreciate that. It’s funny because when I’m writing I don’t think about that stuff. The moment I realised poetry could be more conversational was when I was given a Charles Bukowski book, that’s another thing – I never really researched poetry, or read poetry, or learned poetry, I just started writing. If you asked me to name five poets, I couldn’t tell you, “This is one poet that I love and this is why.” I started reading poetry when it came my way. Someone gave me a Charles Bukowski book, I read it, I loved it, I couldn’t put it down.

Arabella: Why do you think poetry matters today?
Rand: I think poetry is powerful because it allows people to see certain situations in a different light. It’s just another way of opening people’s eyes or telling stories. Take Charles Bukowski, for example. I didn’t have the same life experiences as him, I didn’t walk the same path as him, but a lot of what he talks about I can relate to, even though I’m not a depressed middle-aged man. But the way in which he shares his stories just pulls me, and suddenly I’m interested in this alcoholism, I’m interested in his promiscuity, I’m interested in all these topics that I haven’t been through, because he can tell his story in a way that catches me. Now that our attention span is so short, we need things that are going to grasp our interest quickly, but also have the power to keep us there.

“I think poetry is powerful because it allows people to see certain situations in a different light. It’s just another way of opening people’s eyes or telling stories.”

Arabella: What’s it like being a poet in New York?
Rand: New York is such a vibrant place for artists, and people in New York especially are so open to any form of art. Anything can be considered art.

Arabella: A blessing and a curse probably.
Rand: Definitely. But that’s the cool thing, especially for poetry. There are so many open-mic nights, it’s such a celebrated form, and there are so many poetry-based places where a lot of known poets started out, and where a lot of new ones feel encouraged to go. It’s such a welcoming community. Even if you’re a poet who’s just starting out, you can go and sign yourself up. People just really want to share and inspire others through writing.

Arabella: In my research on Arabic poetry, one of the most famous works I came across is by Imru’ al-Qais, which is this beautiful love poem. There’s such a profound connection between poetry and romance, I wondered what that connection means to you?
Rand: I think love is the most intense shared emotion between humans. It makes or breaks us. When you’re in love everything is beautiful and when you’re heartbroken, it’s the worst kind of pain you can experience. Love is the strongest emotion and the one that makes you act without control. Love is an emotion in which you lose yourself, that completely takes over. You act irrationally, you do things without thought, it’s all-consuming. That makes it hard to express how you’re feeling, so I think the closest way to express feelings of love is using poetry, because you’re going to try and use all these metaphors and images and ways that can come close to what love is, even if it will never ultimately be what you’re feeling.