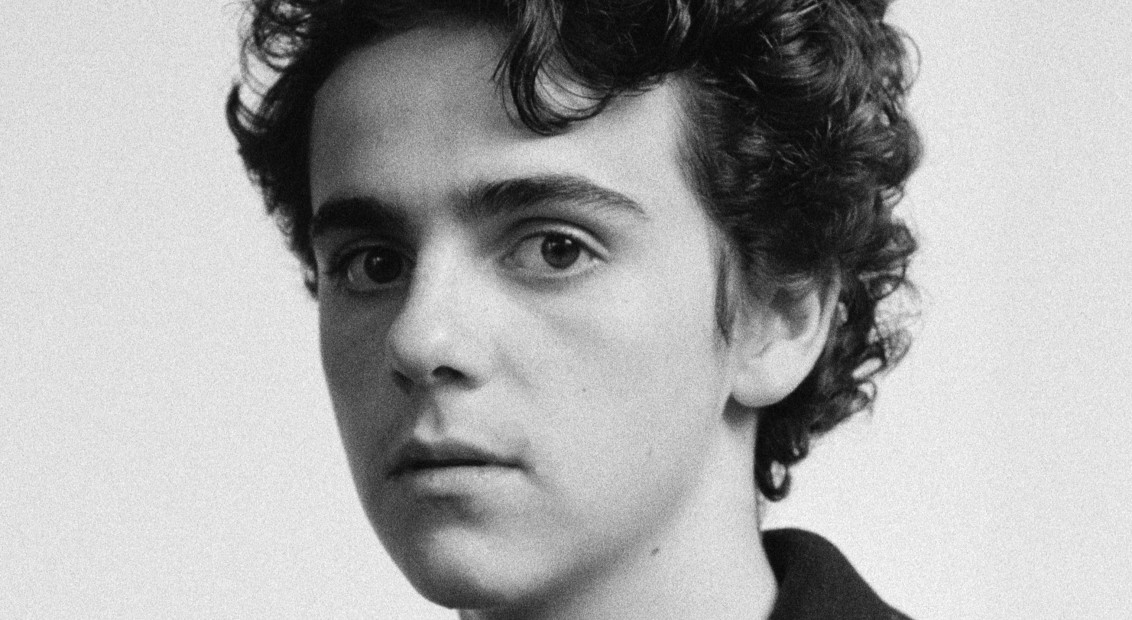 Jack Dylan Grazer is straddling two worlds: there’s the high-schooler with a strong distaste for arithmetic; and then there’s the rising star making waves through roles in blockbusters such as It, Shazam! and Beautiful Boy. It’s quite the balancing act, but one the fifteen-year-old actor is learning to master through a burgeoning self-awareness that comes with navigating a fast-lane to maturity.

A far step from his first appearance on stage at six years old, during which he adopted a British accent and warbled out an opera ballad, Grazer is currently gearing up for his role in Luca Guadaginino’s upcoming HBO series, We Are Who We Are, a love story set on an American military base in Italy. So we figured it’s the perfect time to sit down with the actor and see what’s happening. 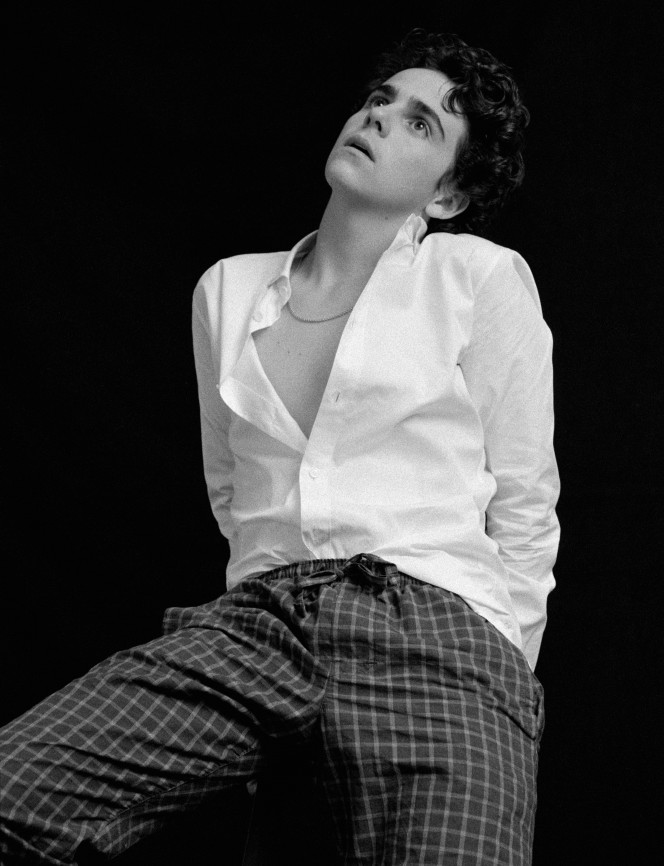 Lindsey Okubo: Let’s start by talking about the on-set chemistry between you, Zach [Levi] and Asher [Angel] in Shazam! It was amazing to watch and I imagine that the influences you have on-set play a large role in your life. How has your understanding of yourself been influenced by the roles you’ve played?
Jack Dylan Grazer: Oh for sure, I think that if I wasn’t living through the opportunities that I have with acting… Oh my god, I’d be a mess. I would be all over the place [laughs]. This is my outlet. This is my world. I tried doing sports when I was little and it just didn’t work for me and then I started doing theatre and was like, this is my tribe, this is where I belong, this is my niche. To live in these fantasy worlds has been so cool because when I was growing up, I used to dress up as Captain Hook or Batman and do little scenes in the mirror. I just enjoyed living through these characters.

Lindsey: You must feel a certain level of freedom as you disassociate from who you are?
Jack: Yeah, it’s so liberating. Some people choose to bottle things up, but for me, being on a stage or in front of the camera is freedom. Being someone else is really just me being me in a weird way, it’s who I am, it’s living out loud, which I’ve been doing my whole life.

Lindsey: Yeah, and growing up nowadays we really do have larger platforms to express ourselves, to live out loud and actually be heard compared to past generations.
Jack: It’s definitely easier to speak your truth, be your real self, choose your destiny and not have a pre-orchestrated future. It’s easier to carve your own path because people are more understanding – or more empathetic.

“Some people choose to bottle things up, but for me, being on a stage or in front of the camera is freedom.”

Lindsey: Are there ever any moments where you do feel vulnerable in those instances? With acting, you really have to open yourself up and be in tune with your emotions in a way that most people aren’t, it’s your livelihood.
Jack: Totally. But when you surpass that wall of being afraid, of being vulnerable, you ’ll find there ’s comfort there. With acting, you’re also this other character and you get to speak your so-called “truth” through this character who may or may not be similar to you.

Lindsey: Right, but how do you then fend off moments of doubt when you’re stretching your understanding of yourself? It’s the thought process of like, I know who I am but how do I become someone else?
Jack: Of course there ’s going to be doubt, but when you know that you have the capability then it ’s easier. You have to have some sort of empathy for your character and an understanding of why they ’re doing what they ’re doing. A while ago I watched this interview with actor Steve Railsback, who is this super nice hippie dude, but he played Charles Manson in Helter Skelter (1976). Charles was a sickening human but Steve was like, “I can understand why my character does what he does. I can convince myself of his motives.” That’s a tough thing to do but it ’s just that, it’s convincing yourself of your character’s motives instead of holding onto your own.

Lindsey: Going back to what you were saying earlier about our generation being able to empathise to a greater extent, I’m wondering how do you differentiate between understanding and empathising?
Jack: Empathy is putting yourself in the person’s shoes and comprehending the outcomes, while understanding is like, okay, I get where you’re coming from but I’m not going to fully go there.

Lindsey: Do you ever feel suffocated by the fame while still figuring out who you are?
Jack: Originally I felt, yeah, kind of suffocated, but what really grounded me was school and the fact that it ’s super important to me. I plan on going to college and if I start thinking of school as a necessity, like an essential, like brushing my teeth, or taking a shower, then it ’s not as big of a thing. I do my final take on-set and then it ’s back to school. I never want to neglect it.

Lindsey: That ’s funny because I feel like now more than ever, people are questioning the importance of the schooling system – where does school become important for you and what value do you see in it now?
Jack: Education in any field informs your art because there are always so many references to draw from, it’s so useful and I apply these when it comes to acting or anything creative. Subject-wise, I ’m super into English, history and world civ, but it doesn’t need to be drawing from school directly, it can just be life experiences because I like to know a bit about the character and what that kind of person they are.

Lindsey: Right, but there’s also something to be said about the people we are learning from. What makes a good teacher to you?
Jack: I think it’s important when a teacher focuses on each student individually, instead of teaching students as a whole. It’s important to understand everyone has different learning capabilities, everyone learns at a different pace and has a different process.

Lindsey: Taking that a step further and applying it to your own career, you’ve spoken about wanting to direct and write…
Jack: Yeah I definitely want to extend into other creative factions – I want to stay in this environment and industry because it’s what I love. The cool thing about my experiences on-set is that I’ve always been able to apply my own creative input. Like on It, me and Finn [Wolfhard] were always coming up with stuff. The majority of the dialogue between him and I was improvised and Andy [Muschietti], our director, was super fantastic about that. 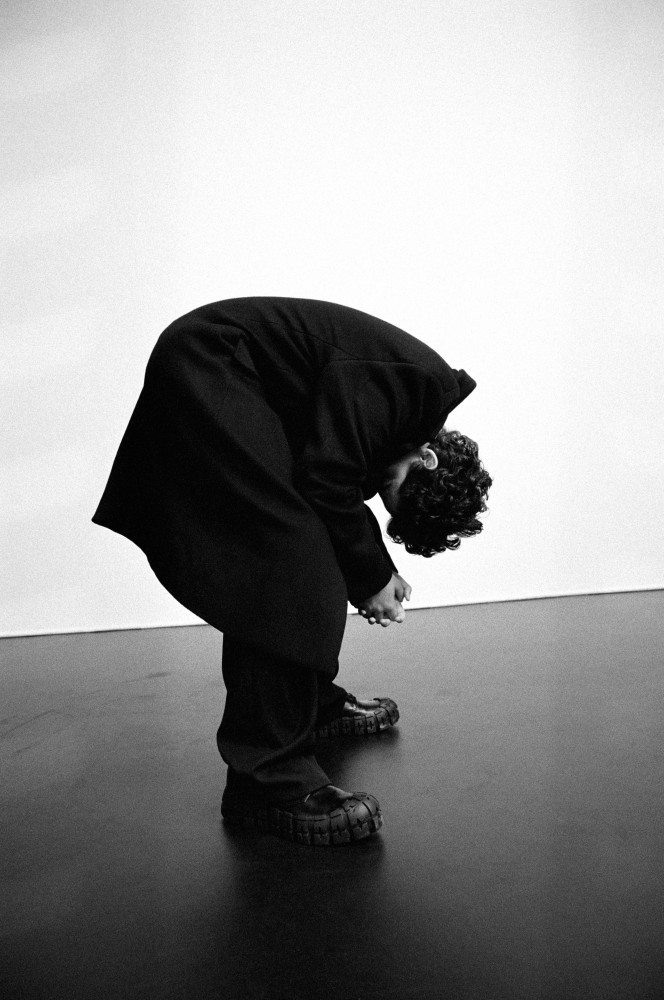 coat, trousers and shoes all by PRADA FW19

Lindsey: What do you think is the inherent power of storytelling?
Jack: I think it’s the ultimate entertainment. It’s so vast, there are a multitude of conduits that go into telling a story and there are so many ways in which to be a storyteller. I’m equally interested in both telling the story and being a character in the narrative. On-set, we’re all building the story as one, it’s a team, an ensemble. That being said, I think the key to being a good director is being flexible and doing away with the formalities, to allow for free reign.

Lindsey: And it’s also about having trust in the people that you’re working with. I feel like that can be a difficult thing when so many of us have our walls up – how do you begin to break them down through storytelling?
Jack: I’ve worked with actors before where I’ll be in a scene with them and they’ll be trying to flex their jawline to look good for the camera when it’s a serious scene. That’s great, but if you’re there in the body of that character, in that moment he wouldn’t be flexing [laughs]. It’s that self-aware thing where it ’s like, “Wow, how good does my jawline look right now?” There are levels to it. For instance on social media, I’m a pretty open book but there are things I won’t share because it’s not other people’s business. I keep it lighthearted, I keep it easy, not because I want to make it seem like the life of Jack Dylan Grazer is all fun and games but it’s like, what’s the point in sharing if that’s not my purpose? I think my current purpose is to entertain and that’s what I want to do. My goal is to be funny, to be moving, to be a storyteller.

“There are always flaws in creativity but it’s all part of the art. It’s different for everybody, but for me, I love showing off what I do.”

Lindsey: Does entertaining ever get tiresome for you to the point where you feel like you’re always performing instead of just being?
Jack: I guess sometimes. But I really do feel at home performing. I remember the first time I ever went on stage to do a play, I was six, doing a British accent, singing opera and I found myself. I was like, I can’t do anything but this, I won’t allow myself to do anything but this. Now I’m here and have realised that I want to stretch myself – and sometimes it does get tiring to entertain. Humour is my number one trait, I like making people laugh – that’s my favourite thing.

Lindsey: To what extent is sharing that creativity for yourself?
Jack: If you’re a creative person and you’re confident in that, then it’s better to be open about it and express it to people who you feel you can share it with. I’m not saying show it off to the world if you don’t want to, but be proud of yourself and have assurance in yourself. There are always flaws in creativity but it’s all part of the art. It’s different for everybody, but for me, I love showing off what I do.

Lindsey: Does it have anything to do with needing validation at the same time or are you past that point?
Jack: I don’t know if it’s validation. I guess the simplest way to put it is that I’m just proud of what I do and if someone’s like, “Oh, it’s shitty,” I’m like, “Oh, okay, cool, I don’t care.” Unless it’s intelligent, constructive criticism of course.

Lindsey: How do you define personal growth?
Jack: You’re never done evolving. It’s pretty hard to detect when you’ve reached your full potential, which is like the blood of everything we do, it’s how we operate. By having dedication, commitment and discipline you’re able to access your ability and that’s my ultimate goal, as a human being and as an artist.