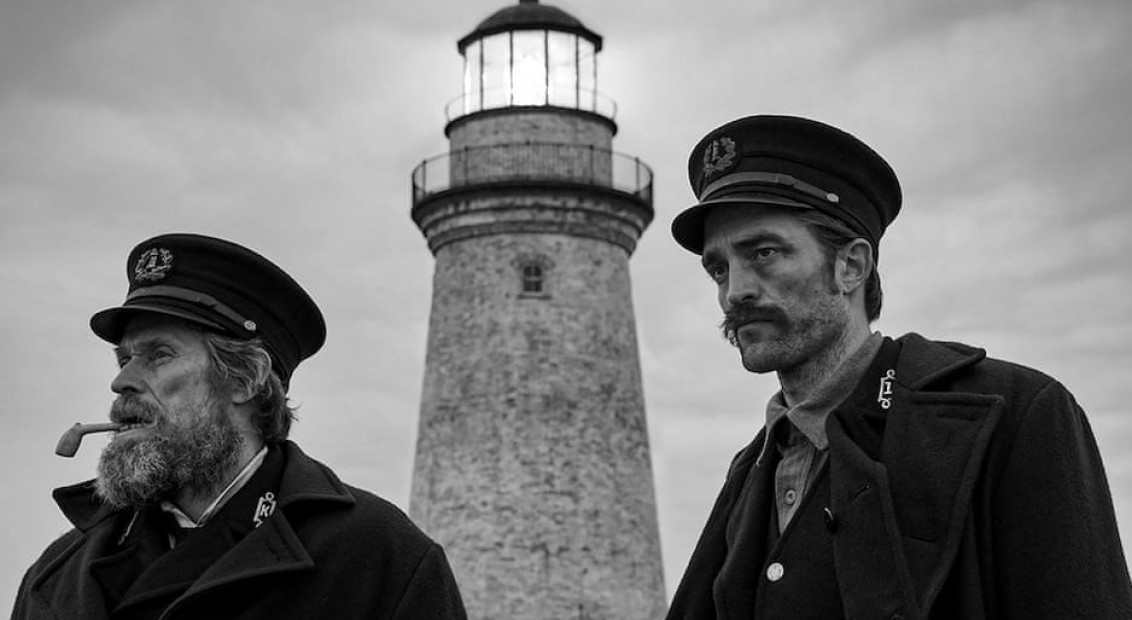 The chilling true story behind Robert Eggers’ masterpiece, The Lighthouse

Through an impenetrable fog, the keel of a small vessel cuts through dark, threatening waters. Aboard, two figures stand hunched at the bow with their backs to us, their thick overcoats drawn tightly to shield them from the icy spray. One is old (Willem Dafoe), with the lined face of a seasoned mariner and a clay pipe protruding from beneath a wild beard, while the other is young (Robert Pattinson), a foreboding expression etched across his handsome features.

Cut to their arrival, ashore a desolate, craggy rock. The pair have the appearance of two men resigned to their fate: four weeks alone on the island, manning its lighthouse until they are to be relieved of their duty. So begins The Lighthouse, the latest film from Robert Eggers (The Witch), produced by A24 and written collaboratively with his brother, Max.

With the same gothic overtones as their previous project, The Lighthouse is a tale of delusion, distrust and ultimately, insanity, played out between the veteran ‘wickie’, whose barnacled hardiness carries shades of Captain Ahab, and his young assistant, on the run from a troubled past. Over the course of the film, this relationship flits between violent confrontation and inebriated camaraderie, mutual contempt and tender confiding, set within the framework of the gothic male overreacher.

The origin of this remarkable film has its roots in the true story Smalls Lighthouse, which unlike The Lighthouse‘s Maine setting, stands 20 miles off the coast of St David’s Peninsula, Pembrokeshire. The lighthouse that stands on those wave-battered rocks today replaced the original timber structure that was erected between 1775 and 1776. It stood on 9 oak pillars, allowing the sea to flow freely beneath, and despite the unrelenting conditions, stood for the best part of 80 years.

In 1801, the lighthouse was occupied by a two-man team of Thomas Howell and Thomas Griffith. After several weeks stationed in the cramped living apartment, the waves crashing beneath their feet, Mr Griffith fell ill. Weeks passed and in spite of numerous distress signals, no help arrived and the man soon died. Known for fierce and frequent arguments, Mr Howell was reluctant to dispose of the body for fear that he would be accused of murder, and so he kept it with him in the small room, working, eating and sleeping beside his fallen friend.

Once the body began to decompose, Mr Griffith constructed a make-shift coffin which he lashed to an outer shelf of the lighthouse. In the merciless wind however, the coffin began to disintegrate, until the detached arm of Mr Howell fell within view of the hut where, according to Mr Griffith, it appeared to wave at him as it blew in the wind. For the proceeding weeks, he kept the lamp alight, guiding safe passage through the night, with the body of his decaying friend right outside.

Once he was relieved, the ordeal is said to have had such a profoundly disturbing effect on Mr Griffith – rendering him unrecognisable to friends and family – that lighthouse teams were from then on changed to rosters of three men. The story has inspired everything from novels to operas and in 2016, a film of the same name that director Robert Eggers admitted he was jealous of prior to writing his own interpretation of the fabled tale.

Tagged with: Robert Eggers, The Lighthouse Show me more: Film+TV