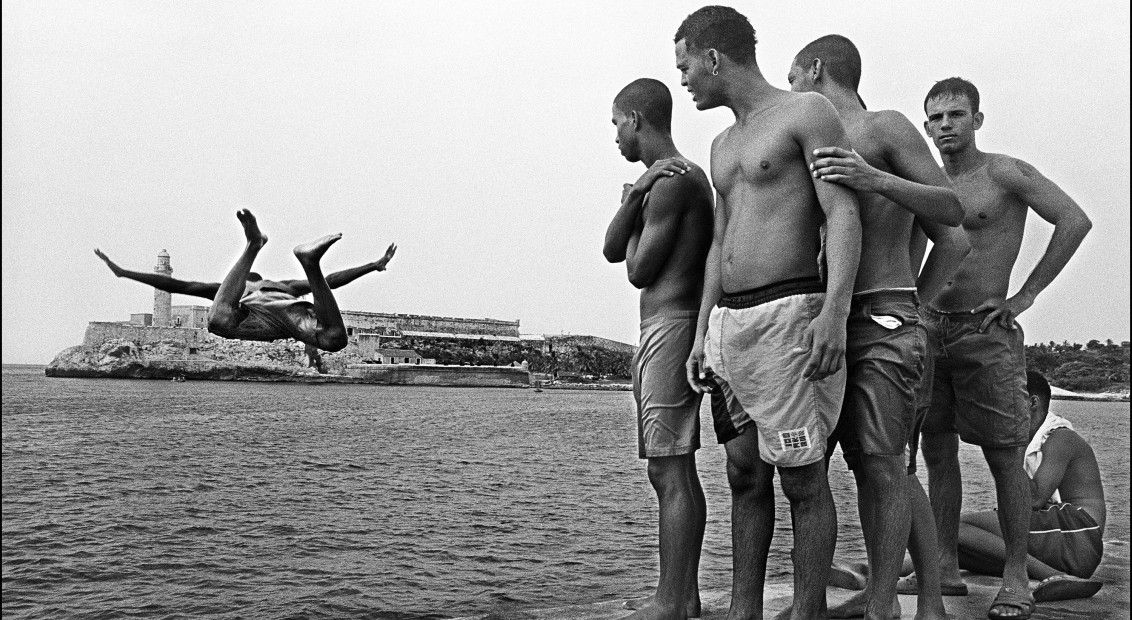 Chronicles of an Island

Chronicles of an Island

Born in Havana, 1961, just one year before the Missile Crisis, Raúl Cañibano is part of the younger generation of photographers to have emerged in the wake of Cuba’s revolution.

During the subsequent years of debilitating trade sanctions and economic downturn, quality of life on the island deteriorated rapidly, culminating with the collapse of the Soviet Union and Cuba’s Special Period, during which economic crisis reached fever-pitch and famine brought the country to its knees.

These uncertain times form the backdrop to Cañibano’s journey, who initially left his job as a welder in the early nineties to teach himself photography before financial reality set in and he was forced to return to his old job. Almost thirty years later, he is one of Cuba’s most successful living photographers, an emblem of its resurgent arts scene and with his first UK solo exhibition arriving at The Photographer’s Gallery. 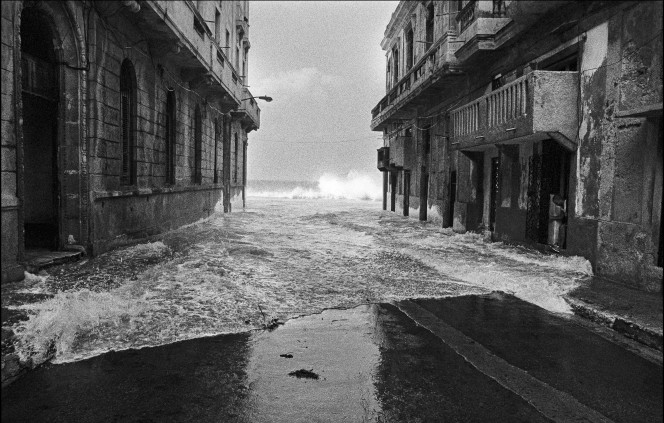 Chronicles of an Island sees Cañibano present two of his most celebrated series, Ciudad and Tierra Guajira, both of which remain on-going investigations into Cuba’s rapid social and economic development. Exemplifying Cañibano’s novel composition and destabilising perspectives, both series’ strike at the heart of an island that spent a significant part of the 20th century frozen in time, isolated from foreign intervention.

As well as evoking the influence of surrealism on Cañibano’s eye (André Breton is, among others, a major influence), his work carries an acute anthropological resonance, mapping the faces, customs and physical environment of a country facing the imminent arrival of global tourism. Unlike Cuba’s state controlled documentary photographers of the sixties and seventies, Cañibano has little interest in political leaders or celebrities. Instead, his focus is on the everyday lives of ordinary people, often blurring the line between public and private, solitary and supportive, impoverished and idyllic. 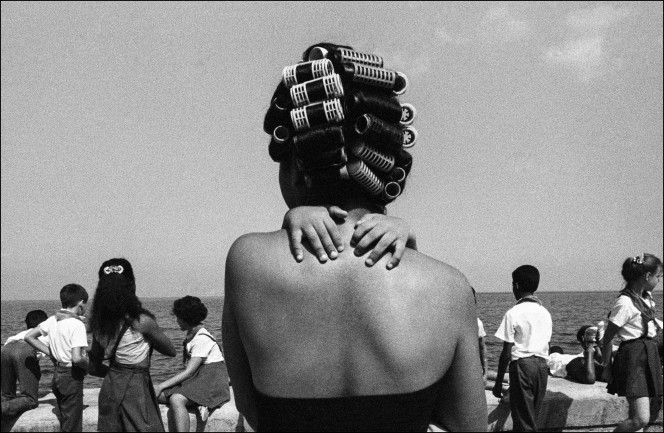 In Cañibano’s elegiac series Tierra Guajira, he presents a love-letter to Cuba’s countryside and its farmers. Having lived part of his childhood in the Argelia Libre sugar mill in the town of Manatí, this exploration of rural life in Cuba reflects a longing to return to those halcyon years in Cienfuegos (the country’s sugar, tobacco and production centre). Travelling between villages and relying on the kindness of strangers, almost all of whom worked the land, Cañibano reveals the poetic quality of soil as a source of life, celebrating an ancient union between the land and its people, and a recapturing of childhood innocence.

Back in the city, Ciudad reflects Cañibano’s Joycean predilection for wandering the streets with observing eyes, recording life in its most chaotic and ordinary yet fundamentally truest form. Like Joyce, who sought to reconstruct life by immersing himself in it, Cañibano’s exploration of Havana arose from restlessness. The 7km Malecón oceanside walkway, an omnipresent location throughout the series and often dubbed ‘the world’s longest sofa’, is a well romanticised and long established stage for lovers, philosophers, travelling minstrels and old friends to meet, socialise and be seen. Through Cañibano’s lens, this anachronistic boulevard is presented as a timeless frontier, a symbol of social ritual and Cuba’s indomitable vitality.

Raúl Cañibano: Chronicles of an Island will be on display and available for acquisition at The Photographers’ Gallery from the 13th September 2019.