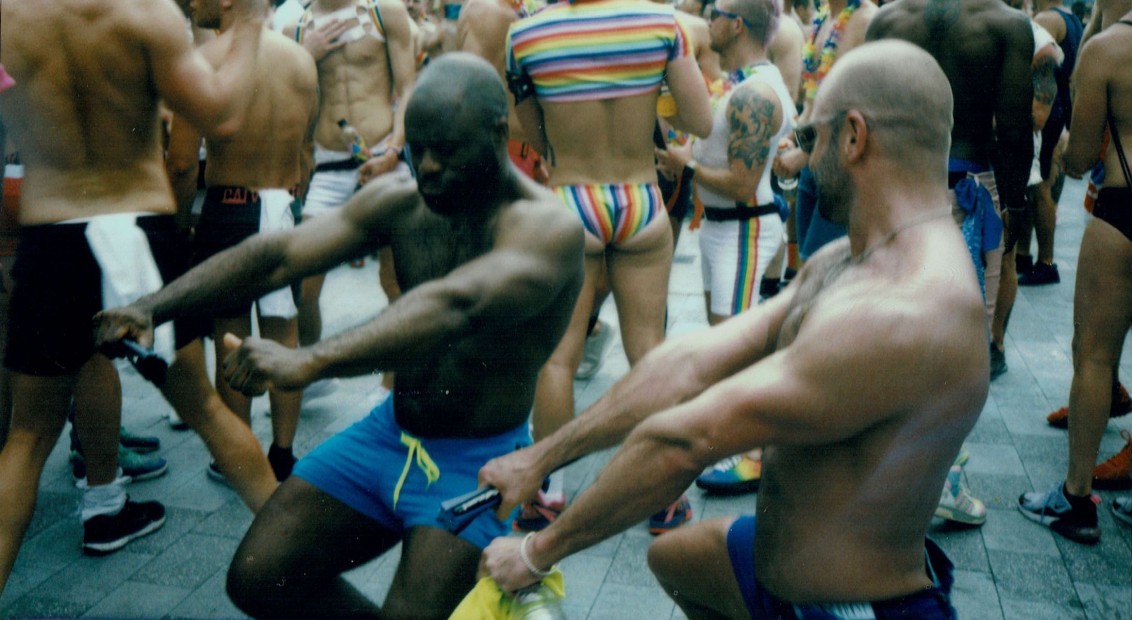 This year marks the 50th anniversary of Stonewall, and World Pride’s debut in the United States. Add that milestone with the current political climate and this year’s Pride celebrations were given extra potency and the LGBTQ+ community’s sense of radiant solidarity was that much stronger.

The son of a pastor in the Deep South, photographer Carlos Vara grew up in a very religious and conservative environment. Having come out as gay when he was nineteen – “my father didn’t accept it all and still doesn’t” – Vara was suddenly part of this community that he knew little about. “I felt very alone and misunderstood and when I came out of the closet at nineteen in Nashville, it didn’t help not really knowing anything about the community I was a part of,” he tells us below. “I wasn’t aware of the history of our civil rights and all of the different reasons Pride is important to so many people. “

Wanting to dive into the LGBTQ+ community and meet all the different kinds of people who make it so special, Vara set out to capture this year’s Pride celebrations across LA, New York City and Nashville. Polaroid camera in-hand, Vara’s resulting images capture the vibrancy and strength of a community coming together to relish in and continue the fight for love. 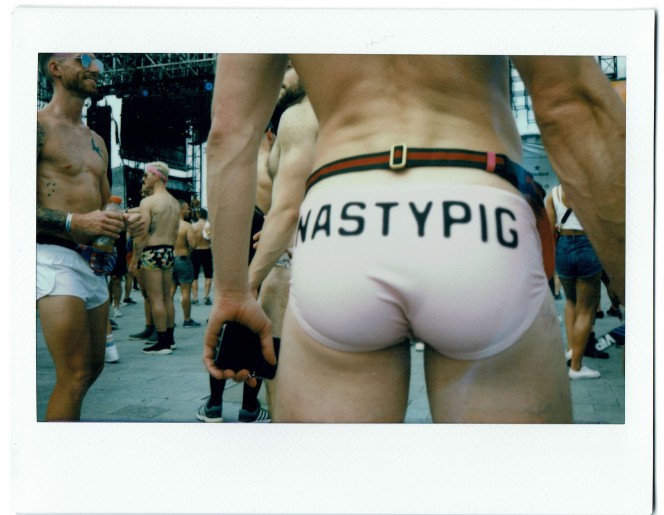 Stevie Cannell: You went to Pride in NYC, LA and Nashville, how did the celebratory energy differ from city to city?
Carlos Vara: One of my favourite parts of this project was getting to see and experience the differences in energy and aesthetic from city to city. In LA, the vibe was very flashy, and I mean that in the best way possible. It was amazing – the streets were packed, the tallest possible heels were worn, clothes were full of colour and glitter, and that’s if there were clothes being worn at all. It was very lively and full of intense celebration from dawn to dusk. Nashville Pride was less intense. It’s significantly smaller than LA and NYC, but being a Nashville resident myself, I was thrilled to see how many people showed up. Public Square Park was packed with people from all ages and backgrounds celebrating love. Nashville Pride is special in the sense that the city itself is pretty progressive but it’s surrounded by a part of the country that is very, very conservative. I could really feel the sense of freedom, joy and fellowship that this weekend brought.

New York Pride was unlike anything I have ever seen in my life. There were literally millions of people from all over the world in New York for the weekend and it was abso-fuckin-lutely amazing!! The energy of it was very New York in the sense that literally anything goes. Over the weekend, just walking down the streets of Manhattan, I saw everything I could’ve ever imagined to see. I saw men on leashes, jockstraps galore, full latex outfits… I even had someone drop his pants on the street to show our friend group that he had three testicles. You name it, I probably saw it at New York Pride. I was deeply inspired and touched by the level of confidence and unapologetic self-expression I was able to witness at this Pride. You could really feel a unified sense of celebration and respect for all of those who paved the way for the LBGTQ+ community. One of the biggest cities in the world became a safe space where everyone could be there most authentic self without any worry or judgement from others. It was really beautiful. 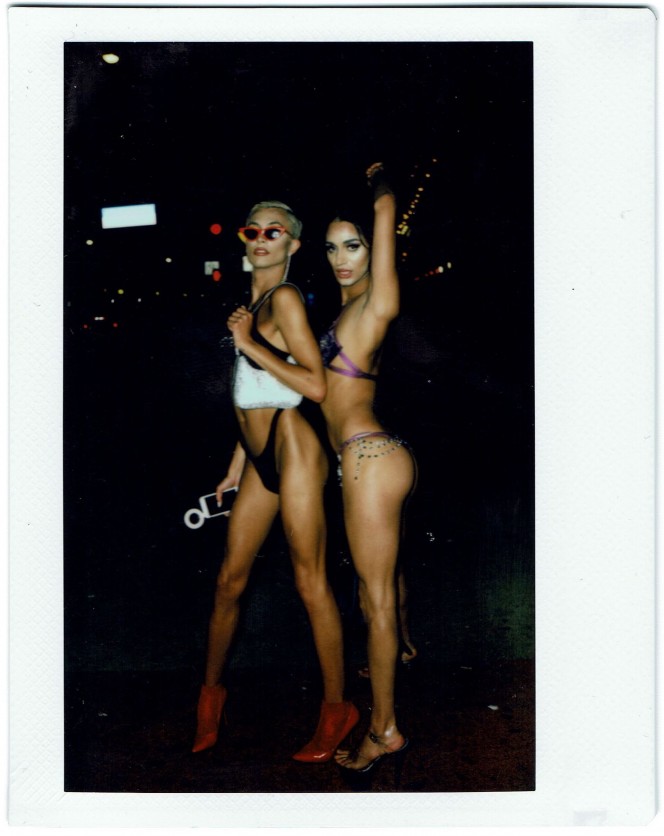 SC: Can you tell us about a particularly memorable moment or favourite image?
CV: One of my favourite moments was in LA during the parade on Santa Monica Blvd. The street was packed with thousands upon thousands of the happiest people, either marching in the parade or watching on the sidewalks. I came across an extremist Christian group shouting the most hateful offensive things you could imagine from behind a little fenced-in area that was monitored by the police. It hit me like a ton of bricks. My dad is a pastor and I grew up in a very religious conservative environment. I didn’t come out of the closet until I was nineteen and when I did, my father didn’t accept it all and still doesn’t. I think my body and mind went into a bit of a shock, because for the majority of my life I had been so ashamed and scared of my sexuality. Barely three years after coming out and finally learning to accept myself, to be confronted yet again with homophobic behaviour… and in West Hollywood of all places. There was a little crowd surrounding the protestors, the majority of them screaming back at them. But one image that really stuck with me was this one person that stood right in front of the screaming protestors and said nothing but proudly waved their Pride flag in the air for well over 30 minutes, right in the face of such extreme hate. I cried. It was touching.

“One of the biggest cities in the world became a safe space where everyone could be there most authentic self without any worry or judgement from others. It was really beautiful.” 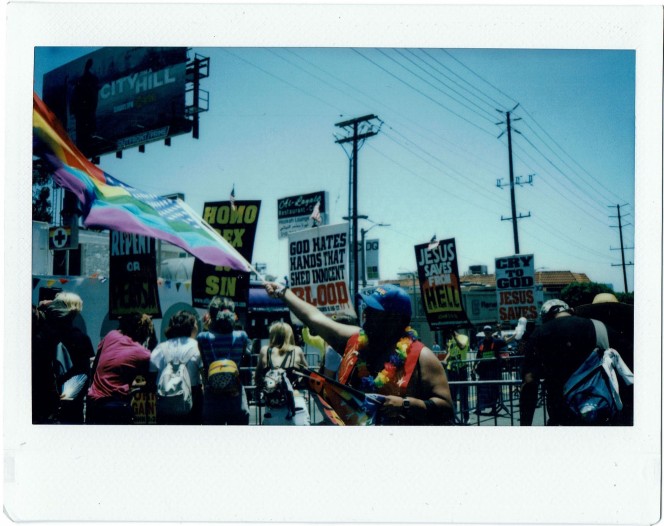 SC: Did you feel a more determined attitude from the gay community given the recent socio-political regressions?
CV: Definitely! With America’s current political climate being the way that it is, there was definitely a massive amount of zealous energy in the atmosphere. LGBTQ+ rights have come a long way, but we still have a long way to go. And right now in the US, many rights and social justices that our community has fought for are being taken away and attacked by the current political administration. With this year’s Pride not only occurring during one of the most politically divided era’s in our country’s history but also during the 50th anniversary of Stonewall, you could definitely tell that the attendees this year were not only celebrating Pride but standing in solidarity and fighting for progression. 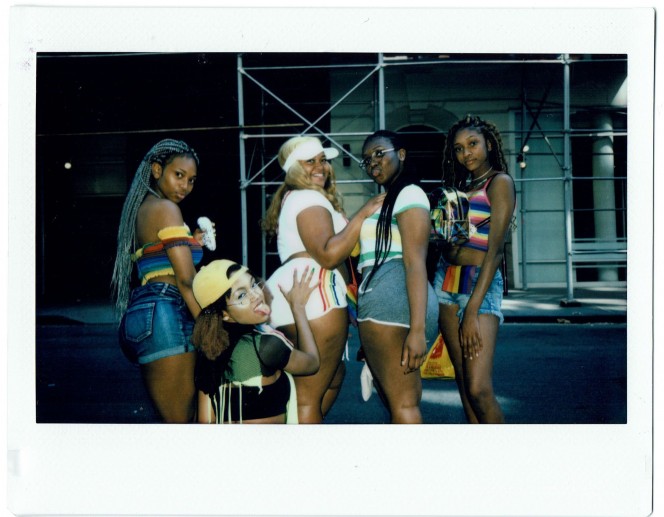 SC: Why did you choose to document the events on Polaroid?
CV: Within the past few years I’ve become obsessed with instant film. I’m a musician for a living and bought a camera just to document life and the people around me. It started with me just taking pictures of my co-writers during sessions and friends at parties but then it eventually turned into a full-on obsession. The thing I love about instant film is that it captures an authentic unedited moment in time. You only have a small number of shots to use so it forces you to really be intentional about the moments you capture. I wanted to capture the energy, aura and intention of the people I photographed. Instant film allowed me to capture the beauty and emotion behind Pride, what it is and what it means to people. 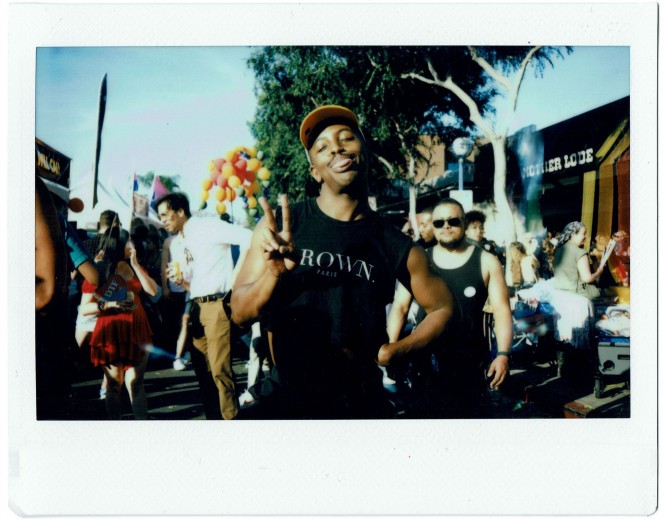 SC: How did you approach people for photographs? What was the general response?
CV: I love people. I think the most amazing thing in the world is being able to take a picture of someone and try to capture who they are in that exact moment. These photos were taken everywhere from bars to clubs, house parties, parades and street corners. I wanted to photograph people from all different walks of life within the LGBTQ+ community and so I did my best to find people experiencing Pride in the way that is authentic to them. When I saw a situation, interaction or person that I felt needed to be captured, I would just walk right up to them and tell them about the project I was doing and ask if they would like to be apart of it. 99.9 percent were more than happy to be a part of it. One of the most amazing feelings in the world is making people feel beautiful and allowing their light to shine through a photograph.

SC: Did you set out with a particular objective? If so, did this intention remain the same throughout the project?
CV: More than anything, this project was a form of self-discovery, liberation and education. Growing up in a very religious environment I never really had the opportunity to explore my sexuality or even experience and get to know people or communities outside of the heteronormative world. I felt very alone and misunderstood and when I came out of the closet at nineteen in Nashville, it didn’t help not really knowing anything about the community I was a part of. I wasn’t aware of the history of our civil rights and all of the different reasons Pride is important to so many people. With this project I wanted to dive into the community as far as I could go and meet all the different kinds of people who make it what it is. I wanted to experience all of the different energies in the queer community and try my best to capture just a fragment of it. This project really opened my eyes to the diversity of our community and how all of the different groups and people within it come together to make something so magical. When people see these images, I hope that they feel something, maybe just a little glimpse of someone’s spirit, beauty and self-expression. 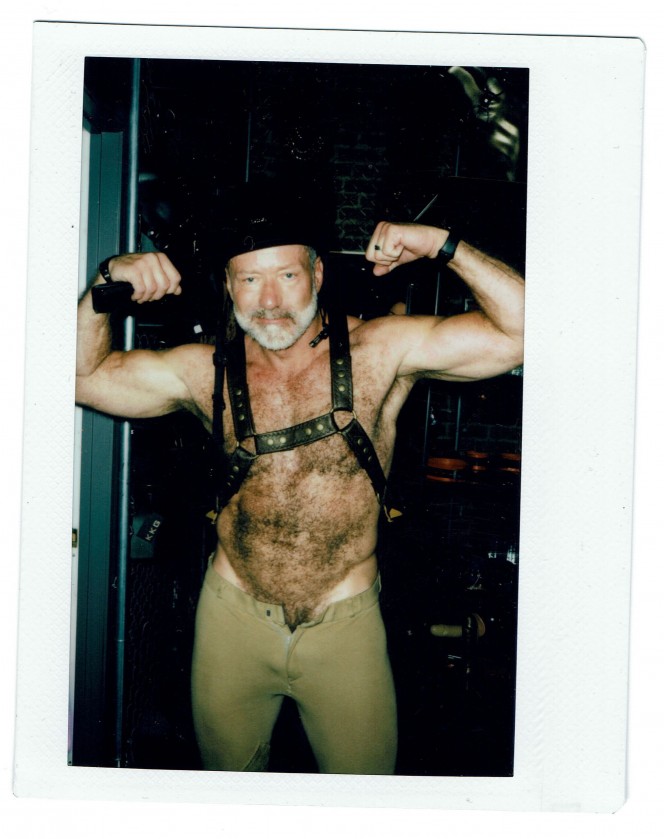