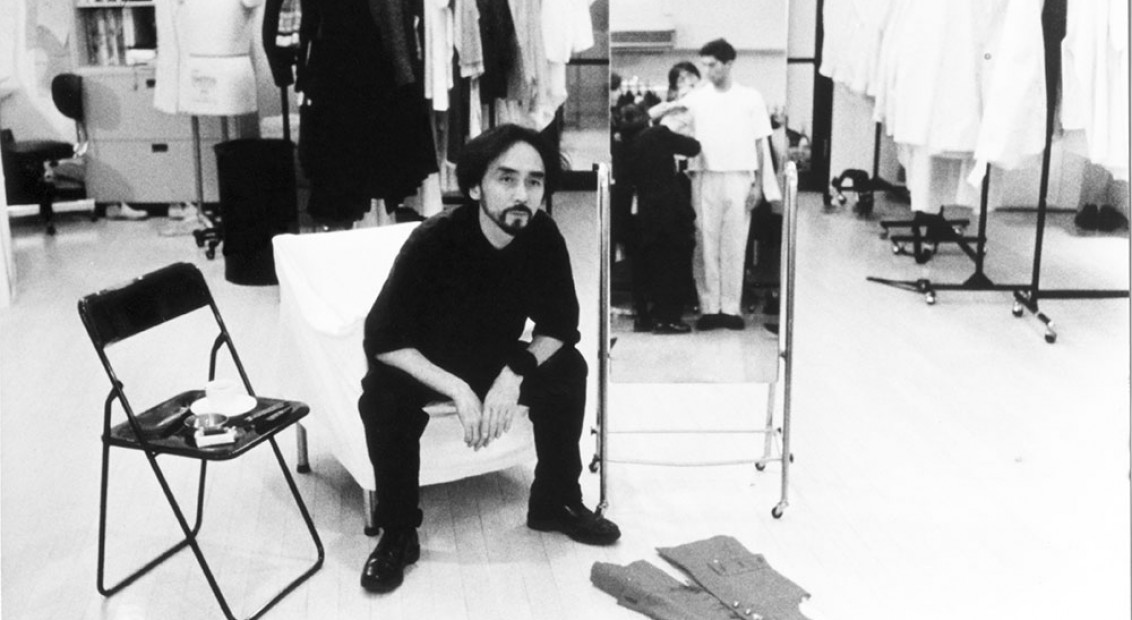 Kicking off this month comes a Yohji-themed season of events, beginning with three screenings of Wim Wenders’ 1989 Notebook on Cities and Clothes, a series of philosophical musings with the revered Japanese designer at its heart. Together with Aro Archive, the London-based archive fashion mecca of Japanese and Belgian designers, Joseph Delaney (co-founder of SORT zine) has helped head up a number of special projects on the designer, scheduled to be released throughout the year.

The documentary was originally commissioned by the Centre Pompidou, who approached Wenders to make a film about fashion and its connection to identity and urban living. Knowing nothing about fashion and generally sceptical of its materialist values, the approach prompted Wenders to famously remark: “Fashion. I got nothing to do with that,” in his narration of the film. Wenders referred to it as a “diary film”, and over the course of one year, followed Yamamoto as a one man crew, eventually befriending the man who had, at the beginning of the decade, shaken the fashion world with his anachronistic designs. 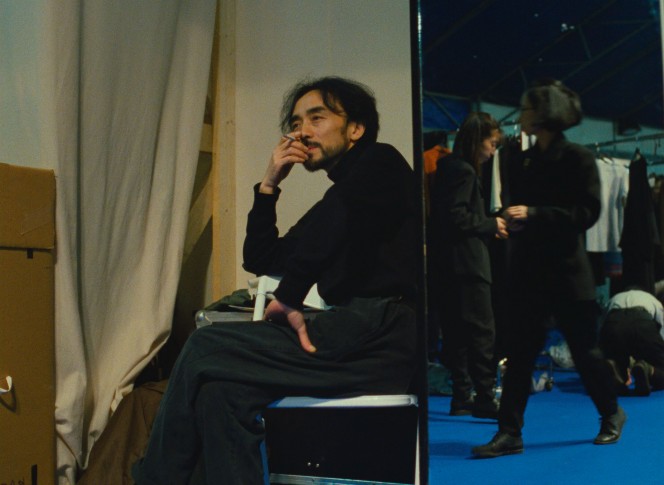 Delaney began working with Aro Archive (formerly Strut Archives), which operates as a research facility for design houses, museums and educational institutions, on special projects designed to give public access to the archive’s specialist focus of Japanese and Belgian designers.

“Last summer we hosted the UK Premiere of We, Margiela, a documentary about the anonymous collective around Maison Margiela, as well as taking pieces from the archive to create original content, including a number of short films. The archive is due to relocate and expand, after which we’re ramping up this output, beginning with this mini-season of Yohji-themes events and creative projects.”

The documentary is just one of several that are scheduled to be screened as part of seasonal insight into the enigmatic designer. Though others exist, including The Chau Ngo’s 2016 Dressmaker, Wenders’ inimitable eye and outsiders insight combine to make this particularly watchable portrait extend far beyond the expected fashion confines.

“It’s an artful and meditative film, so definitely one to watch in the immersive environment a screening like this can offer.” says Delaney. “It’s a mix of almost voyeuristic fly-on-the-wall perspective, with musings from the director (as he’s so well known for doing) and very thoughtful interviews with the designer. There’s some moments of quiet reflection about the nature of the world more widely, views on everything from design to consumption, that still ring so true today, maybe even more so than in their original context.”

As just one of the iconic designers whose work fills the vaults at Aro Archive, the choice of Yamamoto relates to what Delaney refers to as the unique timelessness of Yamamoto’s clothes and their prescient approach towards non-gendered dressing. “Yohji is Aro’s primary focus in terms of what is collected and archived – it’s also approaching the 20th anniversary of the Wim Wenders documentary, and shortly after the 30th anniversary since the designer debuted his first collection – so in terms of timings that felt like a nice moment of reflection”. “It also reflects our view that a piece should be timeless and something that you can theoretically keep forever, or until a time when you have to give it away or sell it and it retains the relevancy and desirability – even in terms of its monetary worth.”

Notebook on Cities and Clothes will be screened on July 18th, 25th and August 1st, at Hackney’s Number 10 London (formerly Institute of Light, where the archive hosted the UK Premiere of “We, Margiela” last summer). Book tickets online here.