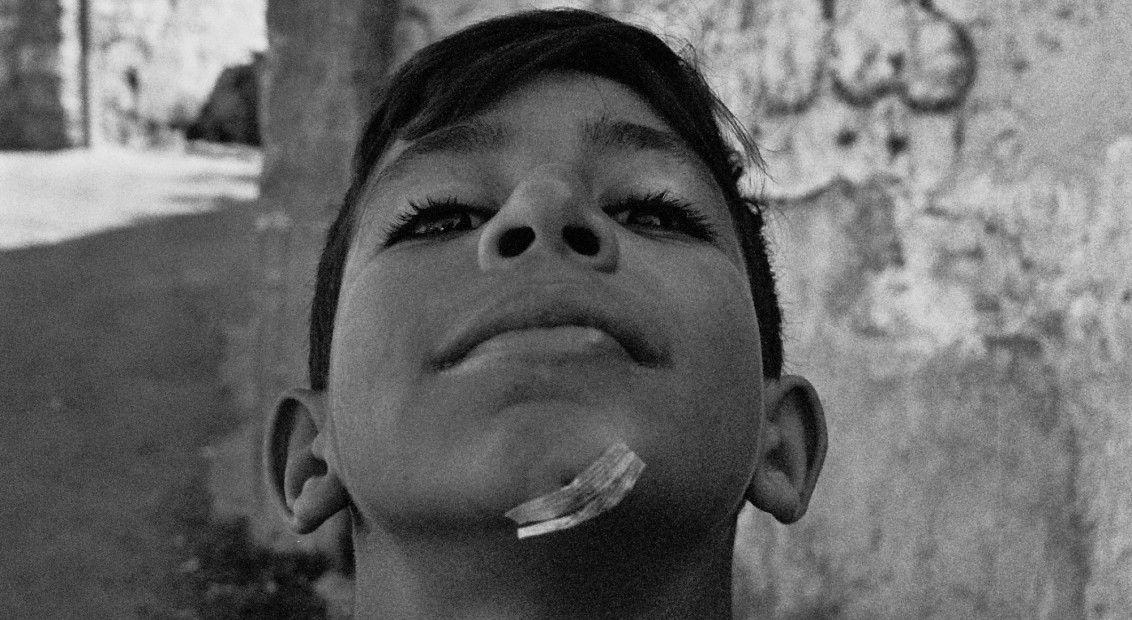 Last year, photographer and skater Reid Allen volunteered with non-profit SkatePal. By day, he was coaching the Jayyousi youth in the finesse of skating, whilst also injecting a dose of normality into their regulated routines. In the evening, he turned his attention to the elders, sharing in the comfort of their domesticity. Capturing this time on film, Allen has collated the imagery as Yallah – a new photobook that explores Palestine with skateboarding as its focal lens.

For Allen, the desired effect of his soul-stirring photographs are two-fold: first, that they will evidence the empowering and expressive outlet of skateboarding’s ordinariness. Second, that they will intimately encapsulate and echo the often-tainted warmth of the Jayyousi people. The Palestinian West bank has been occupied by Israeli forces since 1967, and with more than half the population being 21 years old and younger, the oppression of draconian law is all they have ever known.

“I hope to have truly reflected the hardened faces but warm hearts of Palestine.” Allen tells us below. “The youth who face such a harsh future yet still have fun in the face of it, and the elders who offer such hospitality and smile through their strife. This book is for them.” 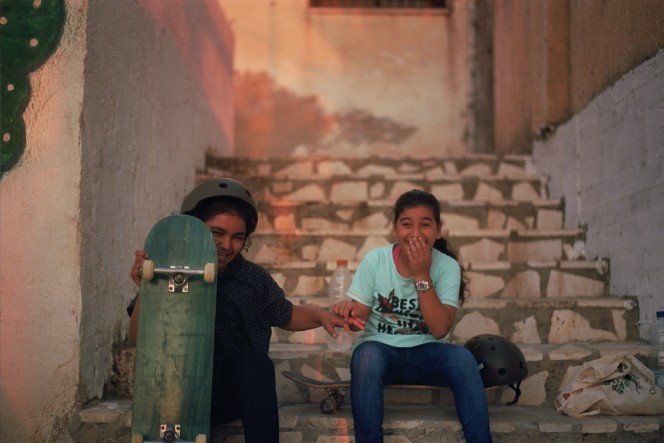 Stevie Cannell: How did you first get involved with SkatePal?
Reid Allen: I knew a few people who had volunteered with them before and I thought it was a great thing to do. I had a chat with them and then got in touch with SkatePal to go out there.

SC: Would you say that the liberation felt during skating is magnified by serious monitoring in Jayyous? That it is even more of an escape in such a situation?
RA: Yes definitely. Skateboarding offers the youth of Jayyous two different things: it presents an opportunity to play, have fun and socialise with their peers; and also the escapism of self-expression, which is arguably more consuming than a team sport, for example, and can be a focus on personal development or just a creative outlet. The immediacy of the situation in Jayyous only goes to magnify both of these aspects, in comparison to the benefits of skateboarding or any other situation. Even in comparison to the other skatepark in the West Bank, Asira Ash-Shamaliya.

“In Jayyous you can see the separation fence from the skatepark, and every Friday there are protests by some of the village’s young people at the fence”

SC: Do you worry that painting skating as such a europhic release may romanticise Jayyous’ circumstance at all?
RA: Of course. Coming back to the last question, this is why I placed focus on ideas of escapism over liberation. Skateboarding is doing incredible things for the youth of Jayyous and everywhere else it has reached in the West Bank. However it doesn’t liberate them from their oppression. That is critical to remember.

Throughout putting together the book, I tried to highlight the positive impact skateboarding is having on the communities of the West Bank, whilst maintaining the context of their circumstance. Without it you are in danger of romanticising the impact of skateboarding.

SC: Was the Palestinian struggle against occupation left outside the skatepark or did you notice that it invaded the kids’ carefree moments too?
RA: That’s a tricky one. In Jayyous you can see the separation fence from the skatepark, and every Friday there are protests by some of the village’s young people there, naturally drawing the attention of many kids in the skatepark. So of course it still invades the kids’ carefree moments, and to say that the occupation is left outside the skatepark would be very over-zealous. That said, the everyday sessions in the skatepark offer the kids an opportunity to put that aside, for however short a time, and consume themselves in skating. 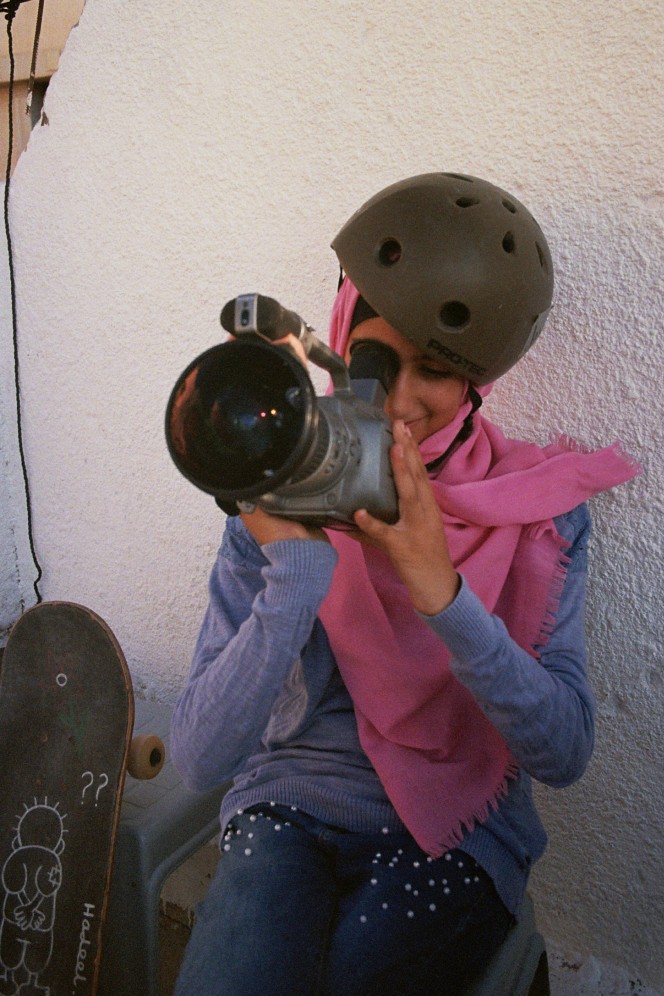 SC: You mention that skating, although integral to the project, was merely a ‘foundational lens’. What makes skating such a welcomed portal into the community?
RA: Skateboarding is a portal into communities in two ways: first, it gives you a purpose. It allows you to see a place and meet communities in a way that being a regular tourist or visitor doesn’t. You spend more time on the street, and you don’t do the same scripted activities people travelling for other purposes might. You drift depending on skate spots, which often takes you to neighbourhoods or places other visitors wouldn’t go. That causes you to make connections and relationships that others may not. Hell, without skateboarding I don’t know how I would’ve ended up in a small rural village in the West Bank.

Secondly, it gives you an immediate connection. You can travel the world and any skateboarder you come across could become a homie for life. This applies to some of the older Palestinian skaters: Aram, Adham, Omar, Abdullah – hold tight. You relate to each other on an immediate basis that, from my experience, is rare to find in other cultures, other than some music subcultures.

What I hoped to achieve is two-part. I wanted to document the incredible things that skateboarding is doing for the people of Palestine. But with the same weight, I wanted to document real people and communities, the forgotten people of the West Bank, those that the West forgets as the media coverage they see is mainly of Gaza. Skateboarding was my way into these communities, from Jayyous to Asira to Nablus to Ramallah 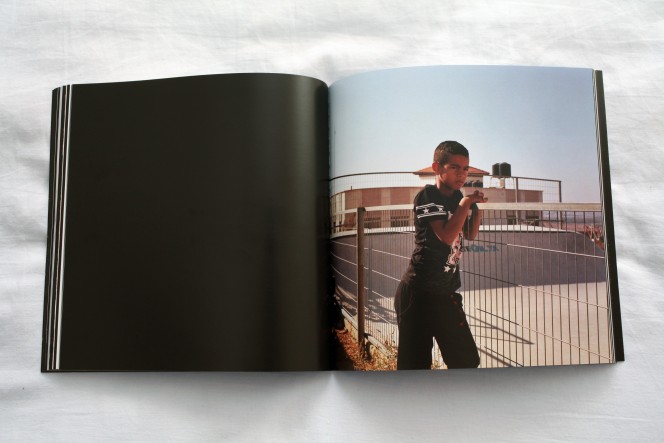 SC: You mention a focus on portraiture photography, why is this?
RA: I am interested in people and faces. Apologies for the cliche but faces tell a million stories. In Palestine, the faces tell stories of grief and hardship but many show happiness or hope, in spite of their situation.

SC: How did locals respond to you?
RA: Palestine is the most welcoming place I have ever been. Both generally and in terms of skateboarding. Only once in an entire month were we stopped from skating a spot. If you’re a skateboarder then you know that’s crazy.

“I hope to have truly reflected the hardened faces but warm hearts of Palestine.” 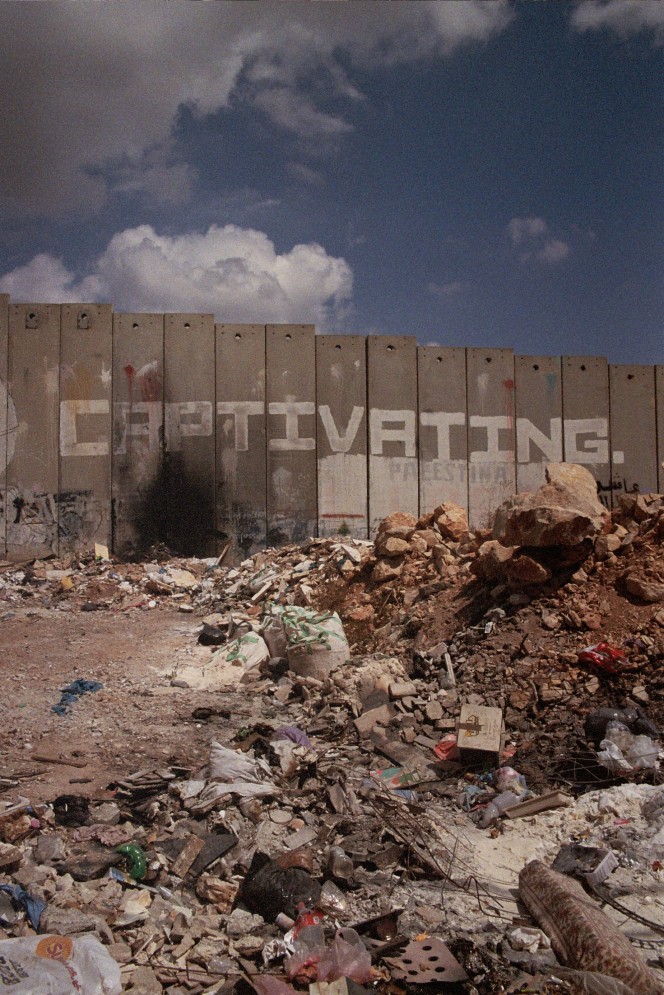 SC: What were their views on skating?
RA: As skateboarding is so new in the Eastern world, especially in Palestine, there’s a more positive view of it than in the West. There’s definitely a lack of understanding of what it is and does for people but it means it’s taken to very positively. It also doesn’t have the gender imbalance that it unfortunately has in the West (although this has rapidly improved in recent years).

SkatePal are proud to say that 40 percent of Palestinians that attend the skate classes and parks are female. Males and females skate together in both skateparks in the West Bank and the classes in Ramallah too, which is very rare in other sports or activities in Palestine, which has quite high levels of gender segregation. So skateboarding is empowering for the young Palestinian women. Yallah! Yallah!

Yallah is available to buy here, with half of all profits going to SkatePal.
See Reid’s work here. Follow SkatePal on Instagram here.