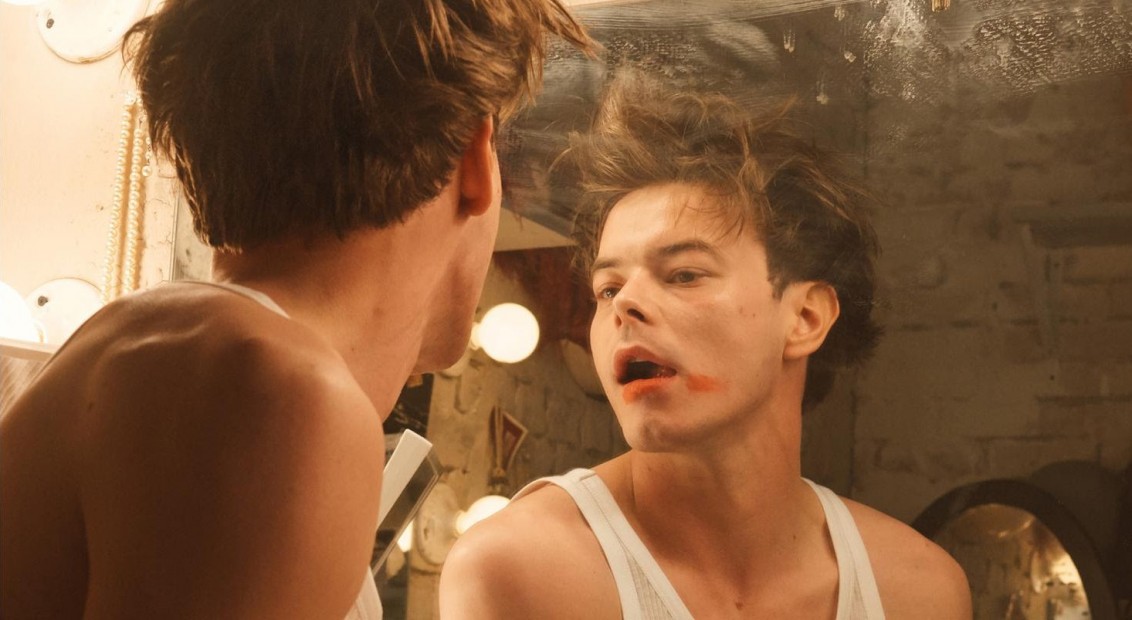 Waiting in the wings, a moment of calm before the curtain raises and the inescapable glare of spotlights. Charlie Heaton’s pre-show moment of introspection mirrors that of Loewe, who, ahead of their SS20 show, have released an appetite whetter of their forthcoming collection starring the British actor. 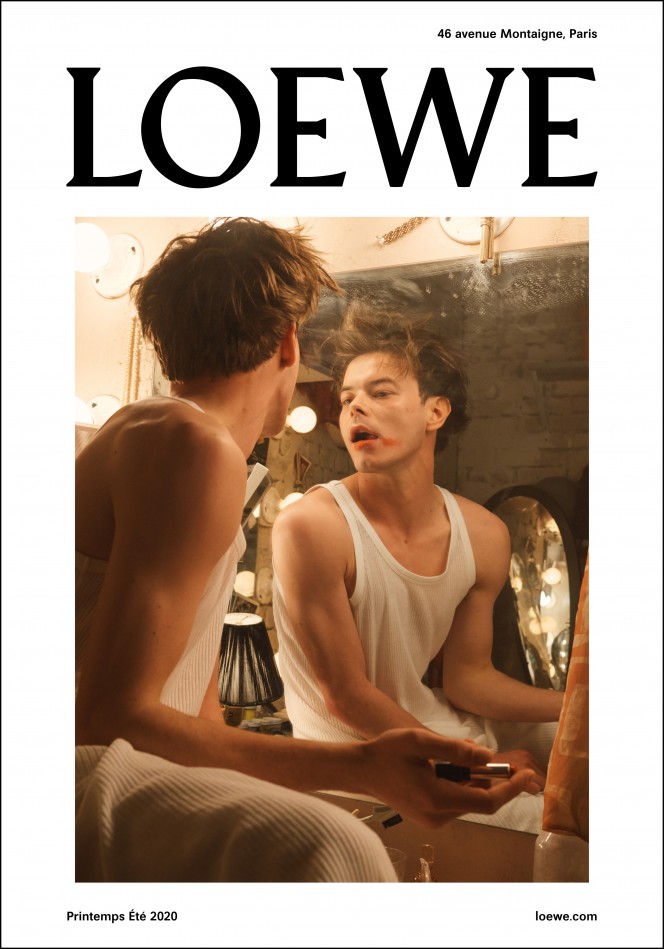 Shot by Steven Meisel, the men’s campaign is released as a triptych. First comes Heaton, face smeared with lipstick but otherwise dressed in a virginal white, ankle length tank top. Next, a tattooed hand is shown, fist clenched over a clod of soil and grass. The image is a another glimpse behind the curtain of Loewe, where a new series entitled, A Show of Hands, will explore contemporary symbols of protest. Meisel will be a part of the series which is set to be released later this year.

Completing the triptych is Loewe’s latest Puzzle Bag, which makes its debut for SS20 but picks up where its forebears left off, as the flagship accessory of Loewe’s handcrafted leather heritage and a tribute to Jonathan Anderson’s rugby-playing ancestry.