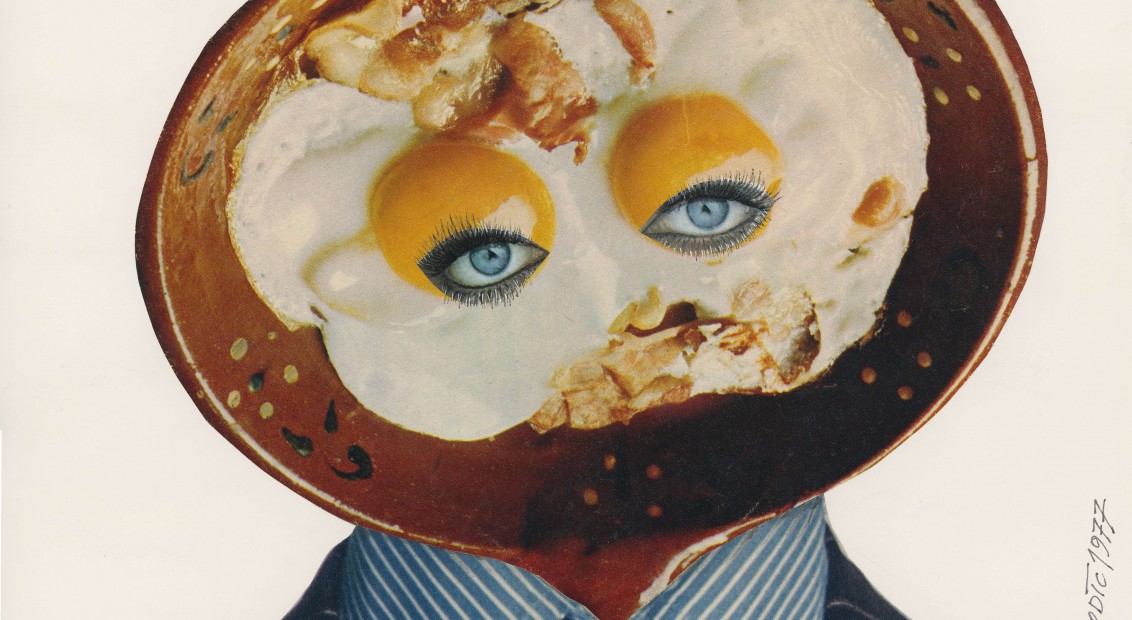 Crack Up – Crack Down

Crack Up – Crack Down

In April this year, the New York Times announced it would cease all political cartoons from its international edition (having already made the move in its domestic paper some years ago) following a cartoon it published of Benjamin Netanyahu, depicted as a guide dog, leading a blind Donald Trump. The decision came in response to claims that the cartoon was antisemitic, but the wider issue it raises, namely, the precarious position of contemporary satire, is one addressed at this year’s Ljubljana Biennial of Graphic Arts. 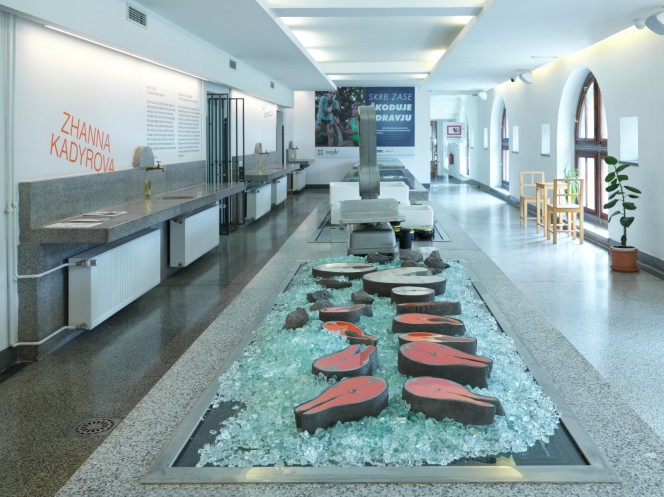 Ljubliana’s Biennial is one of Europe’s oldest, founded the same year as Kassel’s documenta (1955), it has since developed a reputation as a pioneering platform that transcends Eurocentric exclusivity, historically bridging East and West by showing art from both sides of the Iron Curtain. In keeping with this year’s theme, the Biennial’s legacy is one of universal accessibility. By focusing on the graphic arts, a relatively cheap and easily distributed medium, Ljubljana has excelled in providing a global platform to artists who might otherwise not be afforded one.

Its 33rd edition sees the curatorial debut of internationally renowned Berlin-based art collective Slavs and Tatars, who in 2017 exhibited at the (curator-less) Biennale. Originally founded as a book club, they have grown into an interdisciplinary and transnational platform that engage with ideas from Slavic Orientalism to the metaphysics of protest through exhibitions, performance lectures and books. “We were interested in re-activating the geopolitical and graphic currency of the biennial” say Slavs and Tatars, “If in a more dissonant manner.”

Self-professed polemics, Slavs and Tatars featured in Ralph Rugoff’s main exhibition at this year’s Venice Biennale, May You Live in Interesting Times. Their own holistic practice, which operates at the fault-lines of cultural, linguistic and ideological exchange, brings together East and West, uncovering esoteric traditions, rituals and texts as a means of dismantling Western academic hegemony. 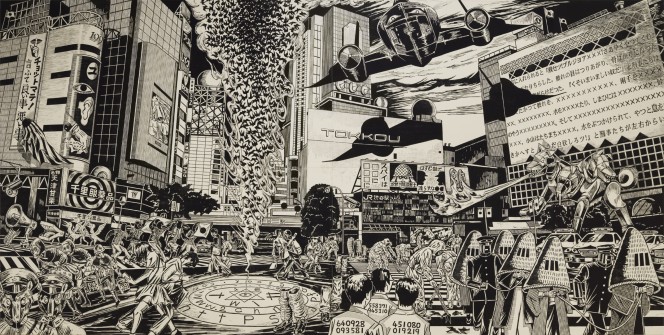 “We are living in times where reality is outstripping fiction across the globe”, say Slavs and Tatars of the Biennale’s theme. “If in the 20th century, this was a phenomenon specific to certain Middle Eastern strongmen or Eastern European communism, today it is an equal opportunity and geopolitical absurdity. A comedian was elected President in Ukraine, the Prime Minister of Slovenia used to be a comedian.”

The Biennale – taglined Crack Up – Crack Down – sees thirty-five international and regional artists brought together to harness the subversive and democratic power of satire. Across nine venues dotted throughout the capital, the versatility and continuously evolving nature of the genre is reflected with wide-ranging media from historical and contemporary artists, including stand-up comedians, activists and booksellers. 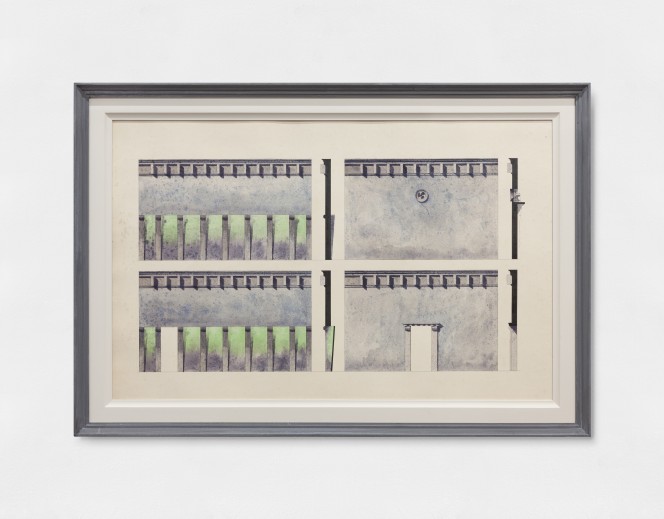 Artists including Pablo Bronstein, Lawrence Abu Hamdan, Turner Prize nominee Nicole Wermers, Cevdet Erek (who represented Turkey at the 2017 Venice Biennale) and Hamja Ashan among others, present new work that ridicules, questions and taunts. As noted by Slavs and Tatars, the selection of this year’s artists was based on honouring the traditions of what was widely considered the ‘poor man’s philosophy’. “We’re interested in critique which is delivered almost commemoratively, with a bear-hug. The Enlightenment legacy of critique in the West often assumes an objective, distant, clinically hygienic position whereas intimacy, dirt and sweat are equally needed.”

Among this year’s most noteworthy works is a series by Beirut-based artist and audio investigator Lawrence Abu Hamdan. Using palatography, a technique used by linguists to identify which parts of the mouth are used to make different sounds, Hamdan takes charcoal coloured imprints from the upper palate to disentangle ‘disputed utterances’. His project of the same title addresses seven cases where a person’s culpability has hinged on such disputes, reminiscent of the infamous case of Derek Bentley and ‘Let him have it’. One tells the story of a doctor who either told a patient they “can” or “can’t” inject a certain medicine, in another, a bungee instructor either says “no jump” or “now jump”.

“We’re interested in critique which is delivered almost commemoratively, with a bear-hug” 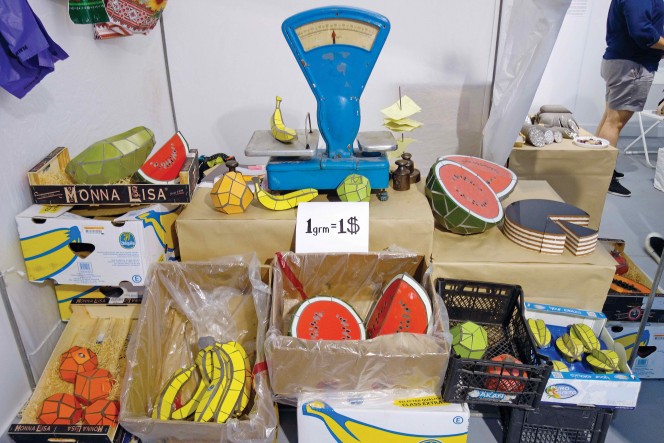 Elsewhere, London artist Hamja Ahsan launches a referendum (with ballot boxes in each venue) in which viewers can vote to, “Join the breakaway Aspergistan Federation: the national homeland of Shy, Introvert and Autistic spectrum peoples as constituted in the book Shy Radicals.” It’s a typically playful, democratic and irreverent project, a “global Introfada struggle against Extrovert-supremacy” in the words of Ahsan, which alludes to the “persecution, erasure, alienation and discrimination” of shy people who do not conform to, “the Extrovert World Order”.

No More Fuchs Left to Give by Arthur Fournier and Raphael Koenig presents lithographs, books and posters collected by 19th century Marxist activist Eduard Fuchs as a means of combatting emerging facism. One of the recurring messages of the Biennale is the symbiotic relationship between socio-political turbulence and the strength of satire, and nowhere is that fact better illustrated. 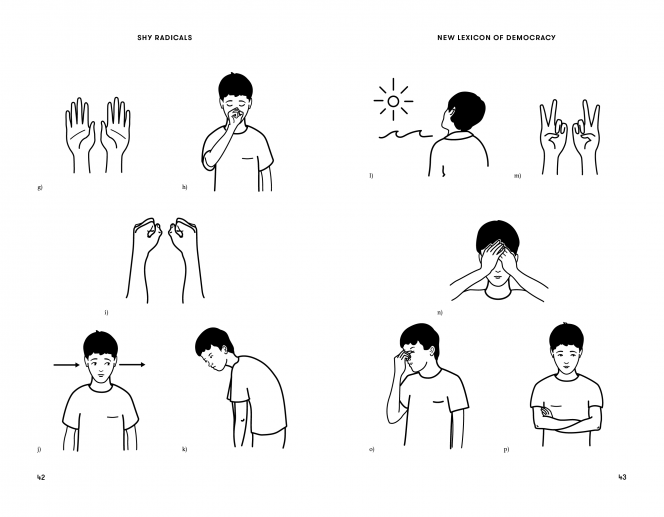 Other highlights include the sexually devious paper cut-outs of Chinese artist Xiyadie, the humorous sculptures of Nicole Wermers that parody our cultural obsession with cleanliness and the woodcut prints of Japanese artist Sachiko Kazama, whose dystopian rendering of Tokyo’s famous Shibuya crossing alludes to a future of draconian state surveillance.