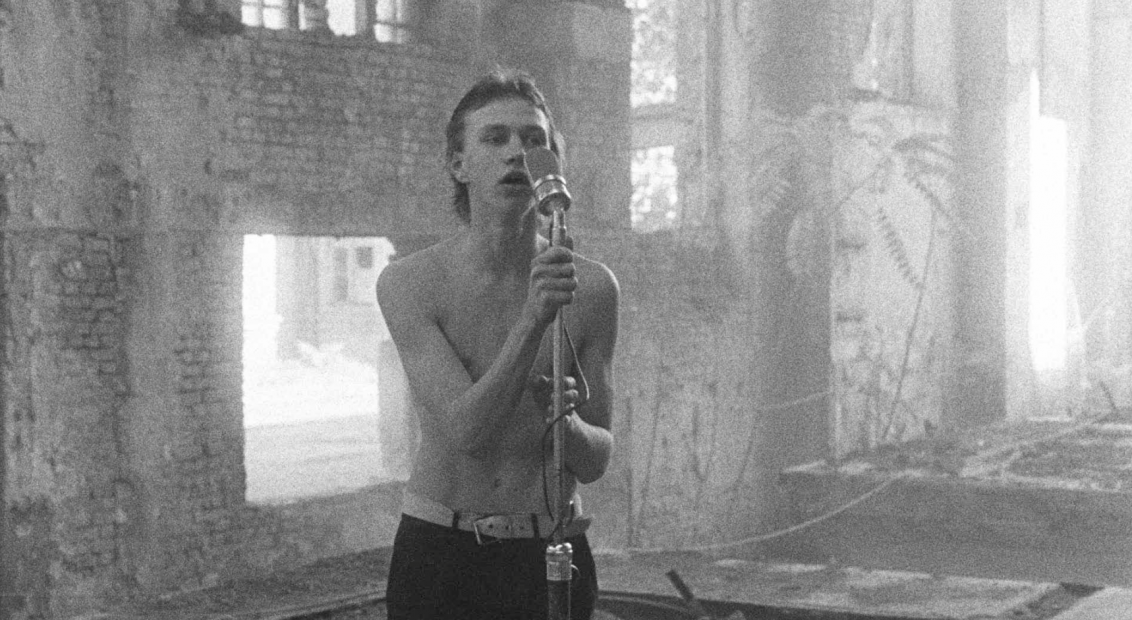 Listen to the debut record by Gosha Rubchinksiy’s band

Top image: Still, ‘YA I TY’ by GRUPPA

As part of Rubchinskiy’s latest art project, GR-Uniforma, a multi-media venture spanning music, fashion, photography and film, have recorded a new ten-track album which is available to listen to and download across all digital platforms now (hit play below). Titled IZ SKAZKI (translating as “From the Fairytale”), the record was recorded across two continents over the course of five months, from August 2018 to December 2018. Work began in a home studio in the village of Podrezkovo, just outside of Moscow, and culminated in December 2018 at the Dean Street studios in London.

What is at its heart a collaborative project, utilising Rubchinskiy’s talented circle of friends, will see former models Stepan Yasinsky and Nikita Bobkov (who both walked at Rubchinskiy’s show in January last year) team up with long-time Gosha collaborator and the album’s co-producer, Pavel Milyakov. Beyond the band’s five members, the project encompasses a clothing collection (dropping 20th April), short films and a book of photography, shot during the band’s recent excursion to Georgia, where they also filmed a number of the album’s music videos in an abandoned electrical factory in Tbilisi.

In addition to the digital release, a vinyl of the new album will also be available in the coming weeks. Stay tuned on gr-uniforma.com and @gr_uniforma’s Instagram page for more information.