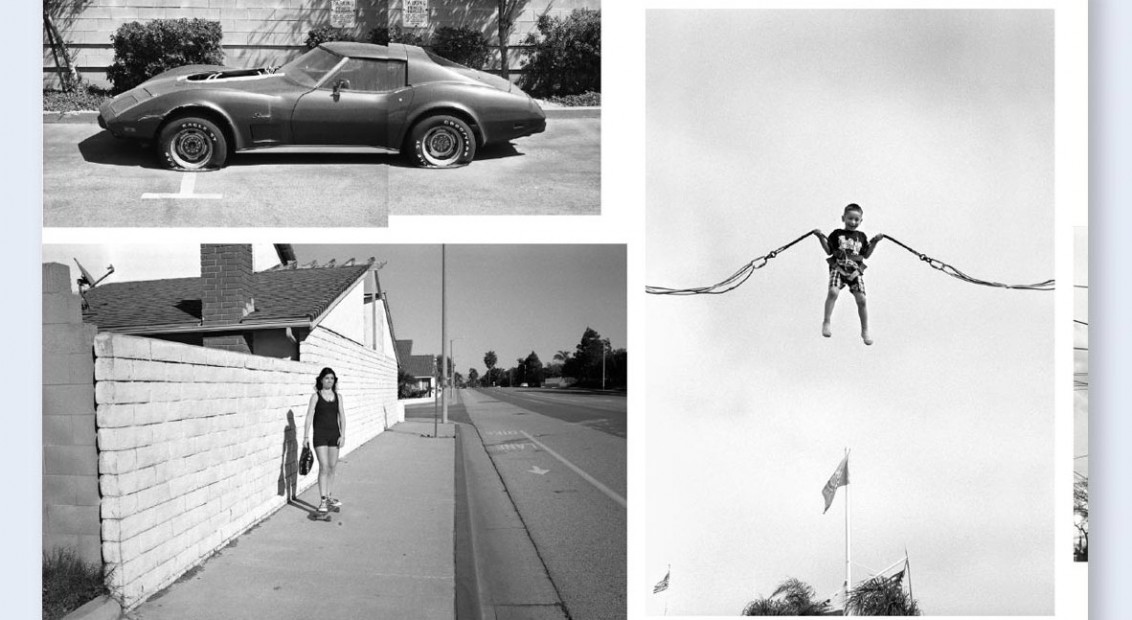 Printed Matter’s LA Art Book Fair is on this week: the lowdown (so you can get down)

Calling all coastal print people: this week LA Art Book Fair (LAABF), presented by Printed Matter returns for its annual round-up of all things print. As the companion fair to the New York Art Book Fair, held every fall, the West Coast event has become a go-to for art bookmakers, printers, collectors and readers – from Los Angeles and all over.

This Thursday, the fair takes over The Geffen Contemporary at MOCA (Downtown LA) in what’s promised to be its biggest incarnation since it kicked off in 2013. You can expect a sweeping range of periodicals, zines, catalogs and artists’ books presented by more than 250 presses, antiquarians, artists and independent publishers, and if that isn’t enough, there will also be a full schedule of public programs  including talks, signings, exhibitions, panels, performances, and more.

Impressive schedule, hey? Panic not, we’ve sieved out the gems and put them in this very helpful format for you. You’re welcome.

CABC: LA as a muse

From Raymond Chandler’s The Big Sleep to David Lynch’s Mulholland Drive and countless other titles, Los Angeles has long proved a fruitful source of inspiration. Across a series of talks and discussions, key-note speaker Hamza Walker – executive director at LAXART and the newly announced curator of Frieze Talks and Music – will be dissecting LA as a muse and site of artists’ books, including their production and dissemination.

Joining him will be Devin Troy Strother and Yuri Ogita, the co-founders of Coloured Publishing, an LA-based publisher of art books, zines and prints focussing on the peripheral and undervalued. Wendy Yao, who founded Downtown LA’s Ooga Booga art and clothes shop in 2004 will also be joined by Farris Wahbeh, director of research resources at the Whitney Museum of American Art where he oversees the archives, visual resources and special collections.

First opened in the 1960’s, Circus of Books was California’s go-to erotic bookstore and gay pornography shop for the best part of the next fifty years. Across its two locations, first in West Hollywood and later Silver Lake, the shop – and in particular the alley that ran behind the original branch (known locally as ‘Vaseline alley’) – served as a major cruising spot for LA’s gay community.  Despite the West Hollywood location closing in February this year (the Silver Lake store shut in 2016), the site is considered a monument of LA’s gay history, a place of sexual and civil liberty where the gay community could express themselves freely and without homophobic rebuke.

Faced with dating apps and online pornography, Circus of Books anachronistic appeal understandably dwindled and with it, the unique social space it had engendered among its community of followers for so many years. For Printed Matter, the cultural legacy of the store is celebrated across a range of different mediums: independent publisher Billy Miller will present a zine inspired by the store with contributions from several artist; while musician and filmmaker Rachel Mason, daughter of the store’s original owner, will show part of her new Circus of Books documentary. 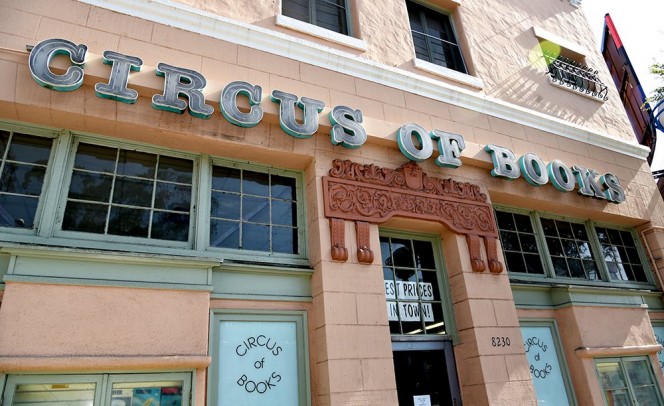 A key figure in NYC’s art and music scene, Spencer Sweeney is a polymath in the most avant-garde sense: former member of the seminal noise-art group Actress; club owner; DJ; and multimedia artist.

At this year’s fair, Spencer’s multifaceted work will be celebrated in style. Organised by Gagosian, Spencer will team up with collaborators Lizzi Bougatsos, Jennifer Herrema (the one and only), and Kurt Midness to record a very special musical performance directly onto 7-inch singles using a record lathe—a device for making individual records by cutting into the vinyl, in real time. These records will then be available to purchase, complete with record sleeves that are themselves limited edition prints by Sweeney.

Set to be a truly special one-of-a-kind performance, this is a guaranteed belter. Peek a selection of Sweeney’s works below. 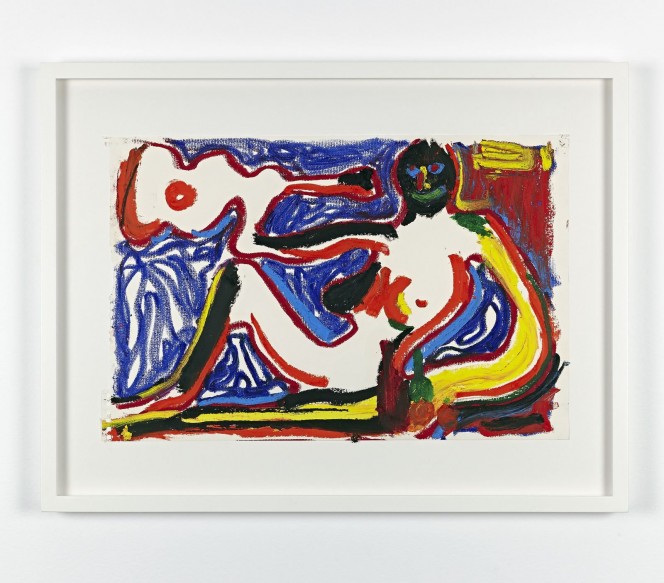 Founded in 1997, The Corita Art Center was established to preserve and honour the legacy of Corita Kent (1918–1986), an American Roman Catholic religious sister, artist, educator, and advocate for social justice.

Having become a nun in 1936 aged 18, Corita later became the chair of the art department in her covent, where she would inspire students with progressive techniques – from taking them to visit Charles Eames’ studio, to trips to the local supermarket to observe people and packaging and blindfolded drawing classes. Corita later became known as the ‘Pop Art nun’ and would go on to have a career as an artist herself.

Celebrating Corita’s unique life, the Corita Art Center will present an exploration of its archive alongside a selection of Cortia’s screen prints.

Born and raised in southern California, acclaimed skateboarder-slash-artist Ed Templeton has spent much of his life riding and working on Huntington Beach – a renowned West Coast hotspot for skaters and surfers, the beach annually hosts the World Surfing Championships.

His 2017 photo book Contemporary Suburbium – a photographic meditation on living in the suburbs of Orange County, California created with his wife Deanna – hones in on this area. Exploring its shift from outsider culture hotspot to tourist destination and home to the rich and famous, Templeton’s images introduce us to the locals, from disaffected youth to the tanned LA stereotypes. Both Ed and Deanna will be signing copies of their book on the Fair’s final day.

Ed and Deanna will both be signing copies of Contemporary Suburbium on Sunday 14th at 15:00. 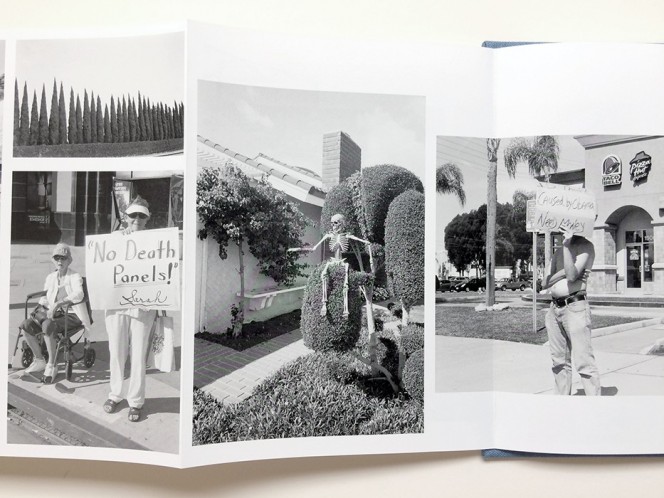 You’ll no doubt know Devendra Banhart by his slinky, psychedelic neo-folk music, but he’s also a dab hand with a pencil. In 2011, shortly after the devastating Tohoku earthquake, the US musician travelled to Japan and produced a series of evocative drawings responding to the natural disaster and its effects on the locals.

Titled Vanishing Wave, these artworks were shown in Tokyo and Kyoto at the time, raising funds to support those in need, and later became a book accompanied by personal texts by Devendra Banhart, Ryuichi Sakamoto, Ryu Takahashi and Yusuke Nagai. Be sure to find Banhart at this year’s fair where he’ll be signing copies of the book.

Banhart will be signing copies of the book at this year’s LAABF on Friday 12th at 15:00. 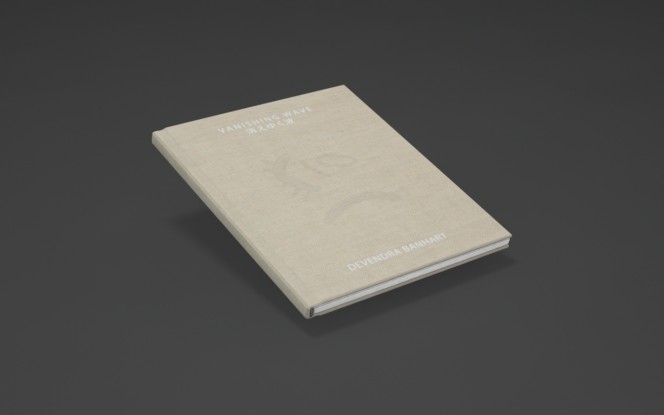 Now, time for some music. From 11:00 – 18:30 on Saturday 13th, LA Chinatown community radio station KChung will be taking charge of the Plaza Stage, curating a killer line-up of live music. Expect DJs, bands, collectives and avant-garde ensembles all tied together in a seven-and-a-half-hour live transmission – now that’s value for money.

PS: Be sure to stay for LA-based music collective Gun Outfit – masters of the sort of hazy americana sounds desert drives are fuelled by. Take a listen below.

KCHUNG Radio take over the Plaza Stage on Saturday 13th.