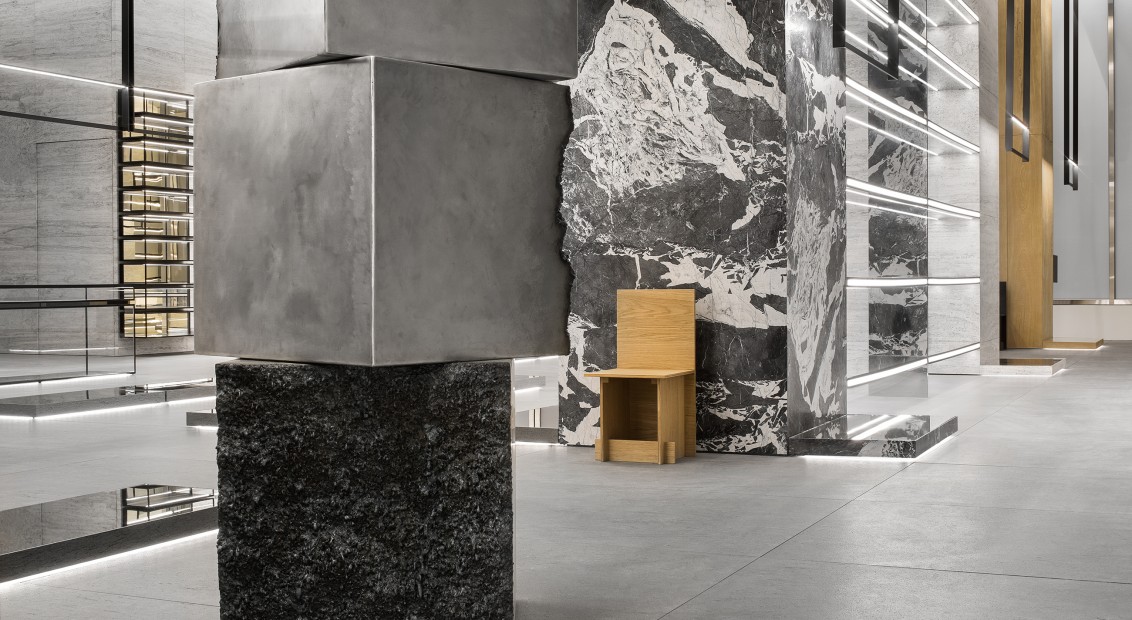 Hedi Slimane has cut the ribbon on his first Celine store. Located on Maidson Avenue, New York, the space features a series of specially commissioned site-specific artworks by British artist James Balmforth and Mexican artist Jose Davila, which will sit alongside Celine’s FW19 collaboration with Christian Marclay (think back to Hedi’s electric debut) on special pieces within the collection itself.

Balmforth’s works are the “outcome of an ongoing exploration and negotiation with materials, processes and transformation”, exposing extreme pressures or heat to mechainical apparatus to create new form, while Davila references architectural utopias or milestones in 21st century art to create hybrid structures that fluctuate between temperature and weight – placing emphasis on content rather than form.

Alongside these artworks, furniture designed by Slimane himself are placed around the store – including a set of leather and wood benches and a brass side table. 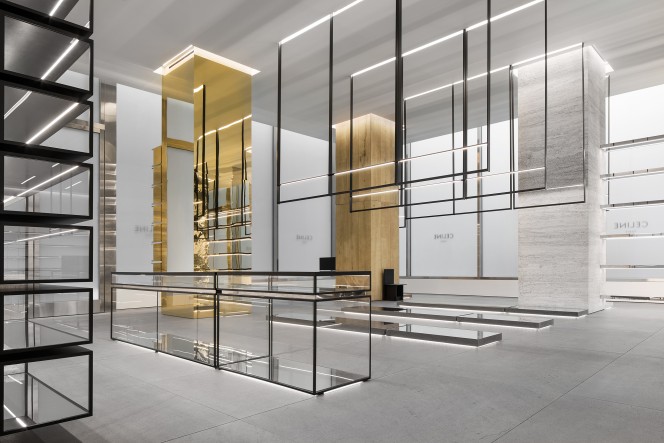 Across 5,000sqft (Celine’s largest location to date), the store’s refurb took nine months to complete in Slimane’s vision. As with the designer’s recent debut collections for the house, the store is built around a minimal, streamlined design concept.

Natural stone is used throughout – basaltina for the flooring, ginger and cream-veined black granite in the walls and shelving – alongside a combination of marbles and grey travertine. 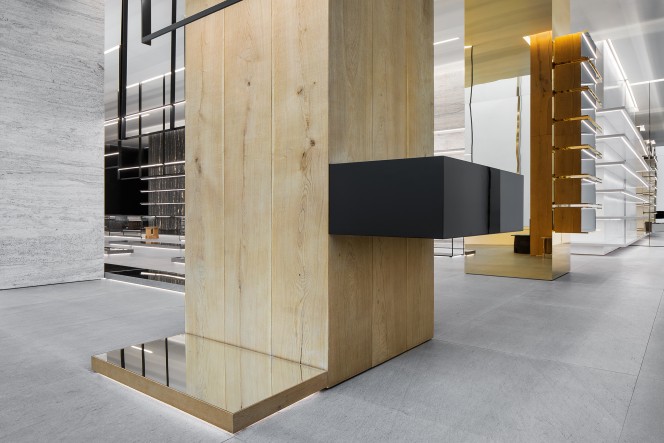 The worldwide design project will be implemented over the coming months with specific artworks comissioned for each store, including artists such as Oscar Tuazon and Elaine Cameron-Weir in Paris and Tokyo respectively. Speaking to WWD, Celine CEO Severine Merle said of the brand’s expansion: “Celine has a great distribution network and high-quality visibility but no large stores. We need to open flagships in major cities, larger stores that can accommodate men’s wear and newly expanded women’s collections.

We have openings planned all over the world, including in New York, Los Angeles, Paris, London, Milan, Shanghai, Beijing and Tokyo. Flagships and larger boutiques will offer men’s and women’s together but some stores will also present just men’s or women’s. The first boutique will be on Madison Avenue. The Paris network will expand in March, notably with the first men’s wear flagship on the Rue François 1er , a historically Celine location. The Avenue Montaigne store will remain dedicated to women’s wear. At the Rue de Grenelle store, the ground floor will be expanded and dedicated to women’s wear and a new second floor will include the men’s collection. There will be men’s wear boutiques in all the major capitals.”