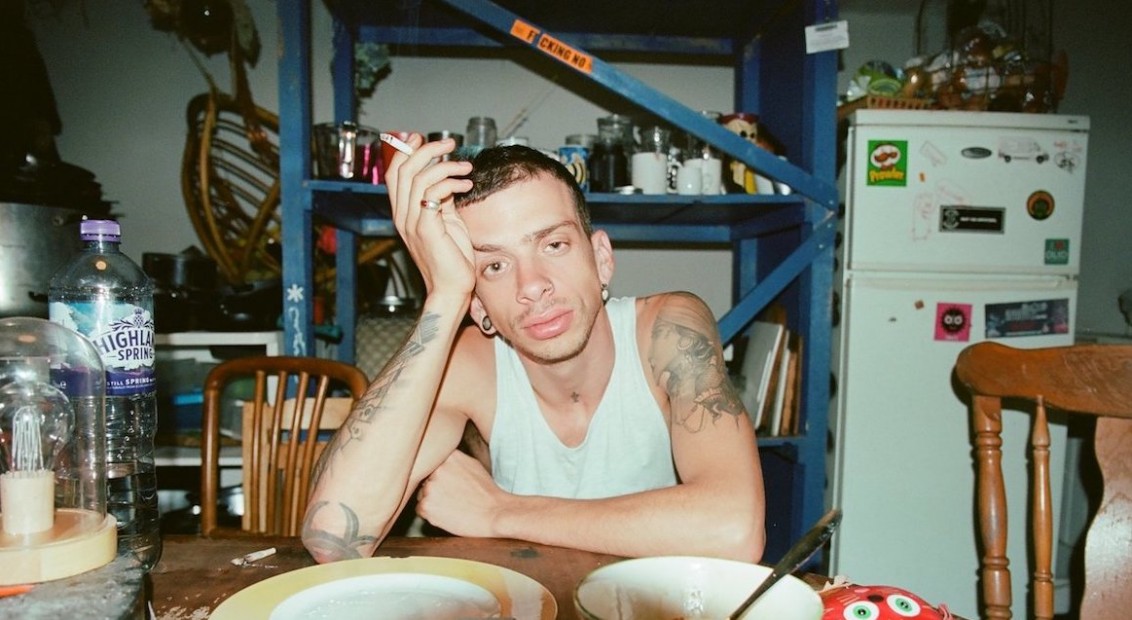 “Why does it have to be so unquestionably ‘feminine’?” Asks photographer Julia Hovve, questioning why the female gaze visual language has has become associated with delicacy and fragility – “full of bubblegum pop and pink filters and cheesy graphic tees.” In her latest series, BOY, Interrupted, Hovve offers her own definition of the female gaze, exploring the changing patterns and portrayals of gender, identity and masculinity from a more authentic POV.

Having moved to Berlin at nineteen, the London-born photographer immersed herself in the city’s thriving DIY youth culture, discovering an encouraging and pro-active community that championed acceptance and diversity. It’s here that she began capturing those fleeting moments of effervescent freedom – photographing the people she loves and instilling the memories of the time they spent together.

Inspired by artists such as Jenny Holzer, Adrian Piper, Barbara Kruger, Hovve’s project BOY, Interrupted, forms a more intersectional version of the female gaze, documenting the way she looks at men while dissecting facets of modern masculinity and the ‘Male Renaissance’ – a term coined by her friend that stuck in Hovve’s interest. 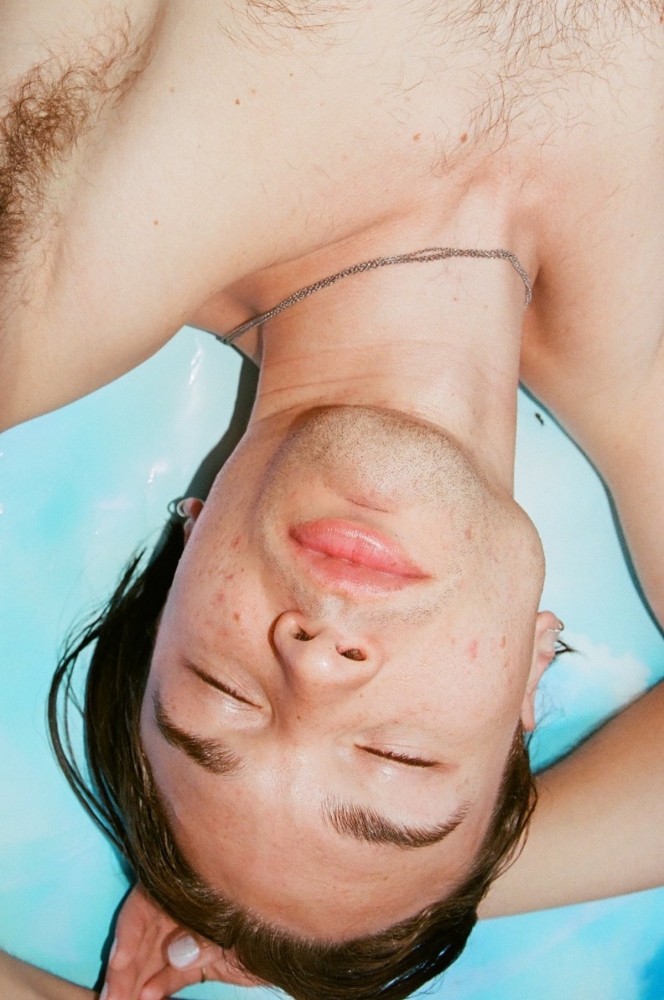 Lara Monro: When did you first become interested in photography?
Julia Hovve: Archiving life in a split second will never lose its magic for me. My teens were dominated by digital and phone photography which came of age with social media – I used to stage shoots with my friends on Motorola flip phones that we sent to boys or put on Myspace. Through my teens I spent less time drawing and painting and more time taking photos. When I moved to Berlin at nineteen, I started going out and photographing the people I met. Everything there seemed so transient and fleeting, it was a way for me to attach meaning and stillness to the life there. When I got the shots developed, it was crazy to see all these beautiful, ghostlike figures that were in such contrast to the energy of the night.

LM: Have you always preferred this documentary style?
JH: There’s something about the essence of reality that makes it all worth it. It’s this real thing that’s happening, but you’re creating a story from it. You know where you were and what it looked like but you don’t know how the story will end up. It’s a compulsion – if I run out of film all I see are these missed shots happening everywhere.

LM: Have subcultures always been a fascination for you?
JH: The way I see it, everyone fits into some kind of ‘sub’ culture whether they know it or not. It’s a thing at the moment to say that subculture is kind of fading, and I have explored that a lot, but it’s human nature to feel the security and intimacy of tribal groups – it’s just that now it exists online. I love the use of clothes and aesthetic as a political statement of ‘otherness’ – the symbolism of it is so weird and cult-y. Growing up with indie, new rave and emo made me obsessed with this transience and how each scene is translated into images. I’m very into observing how these ‘alt’ scenes are manifesting now.

LM: Your work explores identity and gender perception – what draws you to these themes in particular?
JH: Leaving the UK was what really changed my perception of gender. I had always been placed in this box in the UK of what a girl should be and what a girl should look like. Living somewhere with massively different expectations of me unshackled me from these expectations so I could become the person I felt like inside, not the ‘girl’ people had always expected from me. I felt powerful for the first time. I think the idea of binary gender can be so damaging to so many people, and all the traditions and ideas that come with it. Looking at the world around me I realised how stilted it is that we actually generate society between these hard, outdated lines. It made me sad.

“I think the idea of binary gender can be so damaging to so many people, and all the traditions and ideas that come with it.”

LM: Can you tell me about your new series BOY, Interrupted.
JH: I was wanting to see more than a singular form of the female gaze shown by recent artists – it’s 2018, why does it have to be so unquestionably ‘feminine’? There’s all this visual language saying the female gaze has to be delicate and fragile, full of bubblegum pop and pink filters and cheesy graphic tees. I get that its coming from an ironic angle and it has been major in carving out a space for post-internet womanhood, but I‘m more into artists like Jenny Holzer, Adrian Piper, Barbara Kruger – stuff that’s a bit more violent. I wanted to approach the gaze in my own way – the way I look at men, and men existing in the world. The way that gender plays into our perceptions of ourselves and others. I basically wanted to form a more intersectional version of the female gaze.

LM: I love the term that you use; ‘Male Renaissance’ can you tell me what you mean by this?
JH: This was first said to me by a friend in Amsterdam and I have carried it around ever since, thinking about a new mode of masculinity that will hopefully continue to rise above the toxic shit we see that makes life so much more difficult for everybody. This stale kind of masculinity renders its host incapable of seeing past their own selfish desires, and terrified of ridicule to a neurotic degree. We need so much to allow men to also be who they are as people, and not just as ‘men’.

LM: You made a film to accompany the project, how did this come about? Are you a regular filmmaker?
JH: This was for the exhibition BOY, Interrupted in Amsterdam recently where I screened the film alongside work from people like Ninamounah, Jade Jackman and Ayesha Tan-Jones. It was amazing to see how many people came through because it showed the question of what masculinity has the potential to be is a real priority in the collective consciousness right now. People are hungry for social evolution. I’m really getting into film and plan this year on bridging the gap between my photography and working with film – it’s a different way of telling the story – its intoxicating.