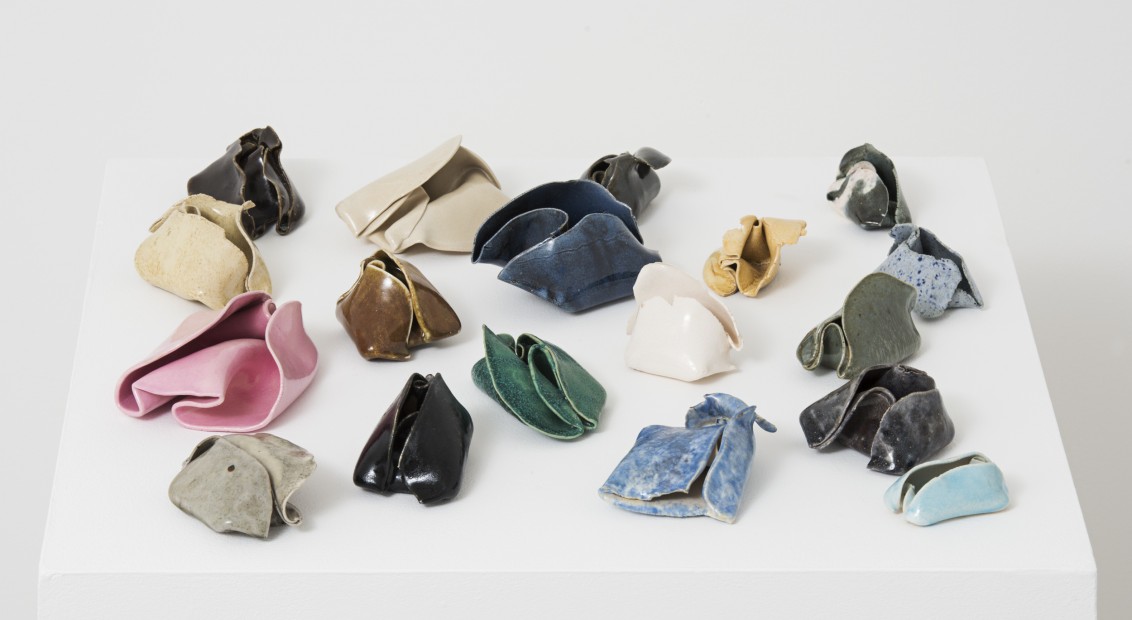 As a body-centric feminist artist, NYC-born Hannah Wilke (1940-1993) was one of the most controversial artists of her time. Considered the first feminist artist to use vaginal imagery in her work, Wilke marked a pivotal period in the art world by confronting ideas of gender, sexuality and feminism head on.

A new exhibition opening today at London’s Alison Jacques Gallery sees works from Wilke’s oeuvre brought together to create a bold retrospective. “Hannah, like many other female artists at that time was working in a white male-dominated art world,” says gallery owner Alison Jacques below, and in light of recent movements such as #MeToo, Wilke’s work resonates with fresh poignancy: “Wilke’s work has always been laced with the idea of a woman not having to play the role of the passive victim, she has a voice and this will be used. A woman’s body belongs to her and is hers to do with as she pleases.” 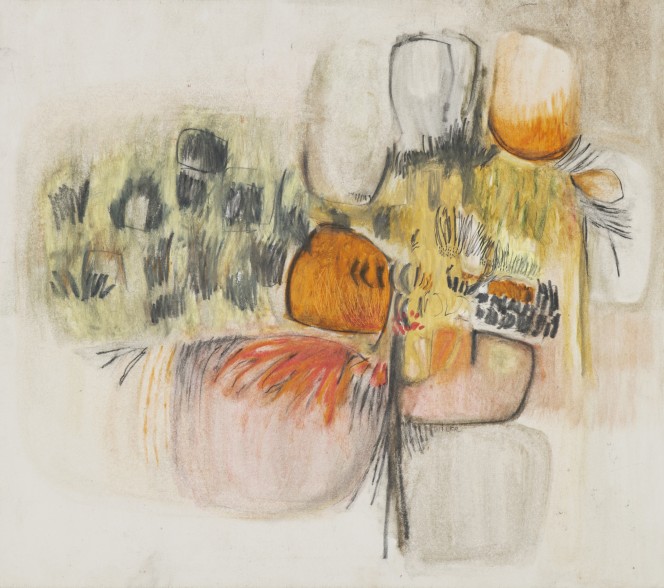 Pieces on display include an untitled work from the 1970s featuring 32 vaginally-shaped kneaded erasers arranged atop a postcard, the material choice mirroring the assumed malleability of women during the 20th century, while the Gestures triptych (1974-76) sees an array of stills taken from an unsettling film seeing her knead, contort and manipulate her face in a series of poses. The piece confronts the viewer with a sentiment she dubs ‘the pathos past the posing’, a vulnerability and sadness which reifies the inherently performative aspects of femininity.

Joseph Bobowicz: A lot of Wilke’s recognition came posthumously. Why do you feel this is so?
Alison Jacques: Hannah, like many other female artists at that time, was working in a white male dominated art world. Only the last week, The New York Times published Anna Mendieta’s obituary for the first time since her death in 1985, a level of respect not afforded to her at the time. Subsequent generations, including younger female artists began to acknowledge their predecessor’s contributions to their own practice and this, in turn, this has led to a re-evaluation of Hannah Wilke’s importance. I personally have presented this work for over twelve years and I believe a strong female voice behind Hannah’s work was needed in order to get the world to wake up and see how great her work is.

JB: In light of movements such as #MeToo how do you see Wilke’s work and messages relating to contemporary gender politics?
AJ: Wilke’s work has always been laced with the idea of a woman not having to play the role of the passive victim, she has a voice and this will be used. A woman’s body belongs to her and is hers to do with as she pleases. It is unfortunate that, even now, there is still a lot of work to be done. In our current show of Hannah Wilke, we have quoted lyrics from a song of Hannah’s from 1982 which seems even stronger in 2018: Stand up for what you want to do, Stand up, theres no one telling you… Stand up when people put you down, Stand up and dance above the ground, you’ve got to stand up, stand up…. 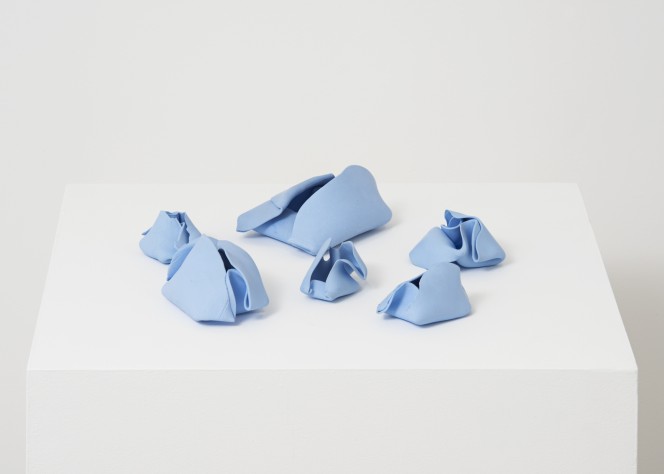 “Wilke’s work has always been laced with the idea of a woman not having to play the role of the passive victim, she has a voice and this will be used.”

JB: Some of Wilke’s works see her pose nude. Her photographic series S.O.S. (Starifcation Object Series) sought to challenge regressive depictions of women by staging provocative poses in her satirical take on the traditional glamorous model role, but she faced criticism for using her looks as promotion. Do you think her conventional beauty made the pieces problematic?
AJ: This is relatively dated criticism. However, contextually, this discourse arose as Wilke’s use of her ‘beauty’ was seen by some feminists as subscribing to a woman’s traditional place in the patriarchy, not fighting against it. Wilke was presented with a ridiculous ultimatum of self-display or feminism because her conventional beauty would not let her be taken seriously in both contexts. However, in her work, Wilke destabilises the male gaze by reworking myths and stereotypes about the ‘beautiful woman’. Wilke refuses the construction of a woman as the pathetic, victimised subject of the patriarchal gaze, offering her body as a pro-active rather than re-active feminist subject. Ultimately, when Wilke continued to use her body as sculpture throughout her life including the intravenus series, where is it is clear she is dying and her body is no longer conventionally beautiful, critics could argue no longer that Wilke was anything other than the pioneering feminist artist that she is renowned as today.

JB: In S.O.S. she chose to adorn her body in vagina-resembling chewing gum sculptures because, “It’s the perfect metaphor for the American woman – chew her up, get what you want out of her, throw her out and pop in a new piece.” Do you think her work has aided in disarming such sexist attitudes or solely exposed them?
AJ: I think within a larger feminist art movement we owe a lot to women of that generation for fighting against traditional ideas of the role of women in society. Wilke’s work used herself and her body to – more than anything – ridicule the fear of the female body in society. The humour in her early work exposed how uncomfortable people were with the way she was behaving, and the art she was making, but her radical and often controversial approach proved to be a step forwards for all women.

JB: How did you go about selecting the works on show?
AJ: As a gallery, we work very closely with Hannah Wilke’s sister and her children who inherited three quarters of Hannah’s Estate. They run the Hannah Wilke Collection and Archive in Los Angeles and together we have been responsible for most of the major museum placements of Hannah’s work. We are very lucky that, through them, we have access to museum-quality works and we can work globally with them to ensure we spread the word on Hannah Wilke. We decided on a time period from the 1960s through to 1987 and wanted to exhibit lesser seen works such as Wilke’s Gestures performance, alongside drawings and paintings,  At the centre of the exhibition will be a sculptural work composed of one-hundred and three flesh coloured terracotta ‘one-fold’ sculptures.