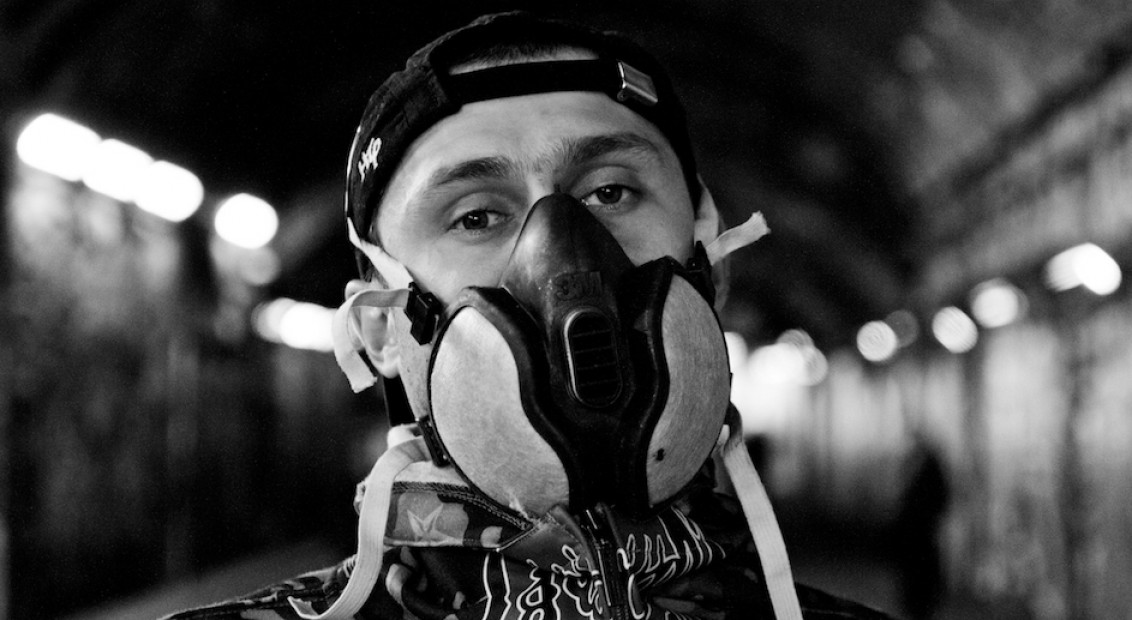 For seven years photographer Marc Vallée has been documenting graffiti writers across London and Paris. Capturing them at work under the cover of darkness, Vallée’s images spotlight an activity often perceived as anti-social, but one that has established a unique subculture that reacts to, and influences, their urban environment. For the first time, a new exhibition at London’s Metro Imaging draws together Vallée’s graffiti projects under one roof.

“For the most part the destination for my pictures has been zines and photo books and that’s how people have engaged with the work,” explains photographer Marc Vallée. “I’ve wanted to mix things up and disrupt how people see the work and this show is the beginning of that.”

Titled Marc Vallée: London & Paris 2011-2018, the show offers a broad look at street art across the two cities. At their heart the works are concerned with the tension between private and public space in the city and how graffiti distorts the line of separation. While the majority of Vallée’s work captures the illegal aspect of graffiti culture, in Writers, he explores Leake Street: a 300 metre stretch of road tunnel under Waterloo station where the practice is permitted.

Of this duality, Vallée told us in a previous interview: “In the context of the city, graffiti can be used to sell a new luxury tower block of flats because graffiti is read as cool, gritty and hip and the developer will use that in ads on the billboards surrounding the construction site. But if a kid tags that block it’s criminal damage, I think that tells us all we need to know.” 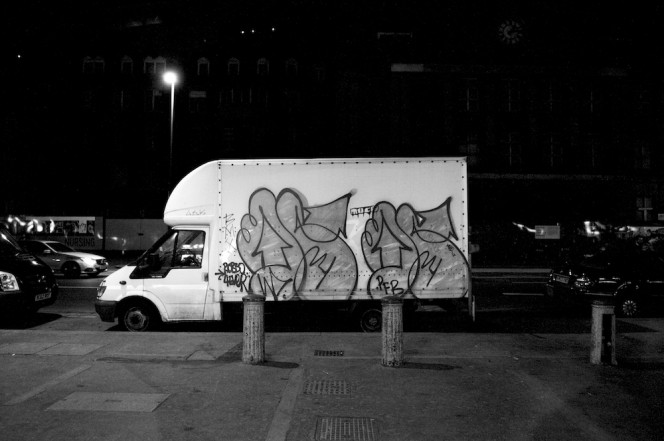 This new exhibition allowed Vallée to experiment with his images as well as show them together. “The London and Paris graffiti truck images have been printed directly on to large metal panels,” he tells us, “which is really something to see and some of the Vandals of the City images are also being printed life size on adhesive vinyl for one of the walls in the space.”

“Disruptive; dirty; honest and essential – this is how I would describe Marc Vallée’s practice,” says curator Steve Macleod. “Marc brings our focus into sharp relief, exploring a world that is frequently overlooked and more often misunderstood. However you do not have to fully understand the nocturnal world that Marc and his subjects often occupy, as there is a serene poetry in every image that goes beyond documentary recording.”