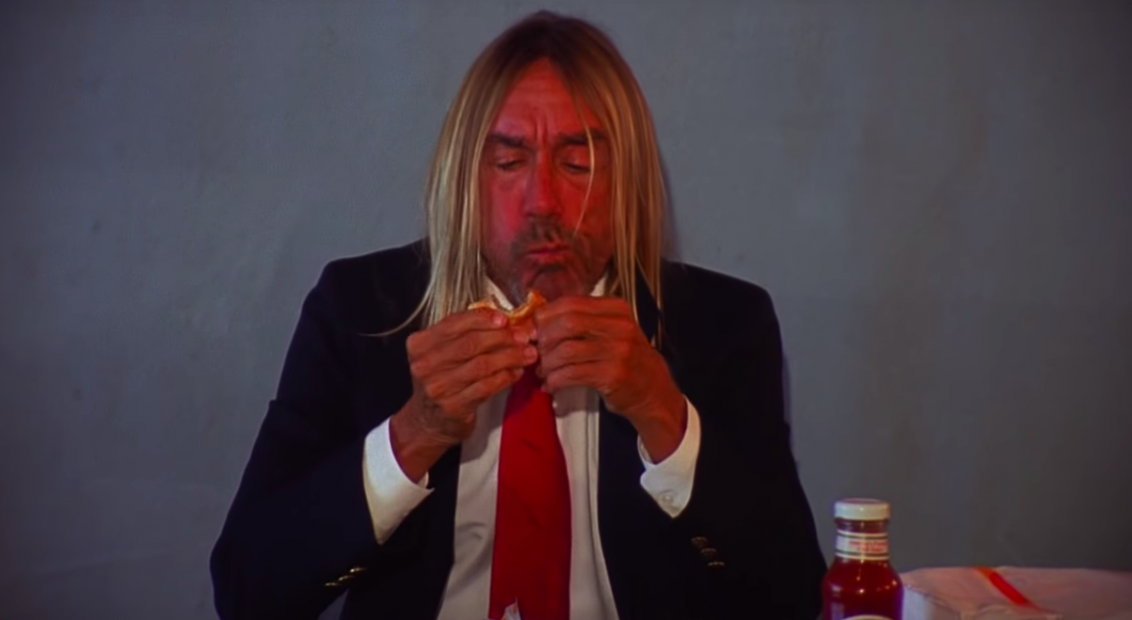 On a list of things we didn’t realise that we absolute need in our life, watching Iggy Pop slowly eat a hamburger is definitely up there. So we must thank LA band (and HEROINE 4 stars) Death Valley Girls for making exactly this happen in the video for their new track, Disaster (Is What We’re After).

Directed by Kansas Bowling, the short film acts as a homage to that infamous clip of Andy Warhol eating a hamburger in Danish filmmaker Jørgen Leth’s 1982 film, 66 Scenes of America.

“We’re strong believers in opti-mysticism and connecting with people through rock n’ roll,” said the band. “Having Iggy dig our music was more than amazing for us. When Kansas told us she had a dream about recreating the ‘Andy Warhol Eating a Hamburger’ short film but with Iggy starring for our music video, we were cautiously excited about the possibility. Next thing we know we’re in Miami with Iggy himself, and a rock n’ roll dream became reality!”

Disaster (Is What We’re After) is the first release from Death Valley Girls’ upcoming record, Darkness Rains, out 5th October via Suicide Squeeze Records.