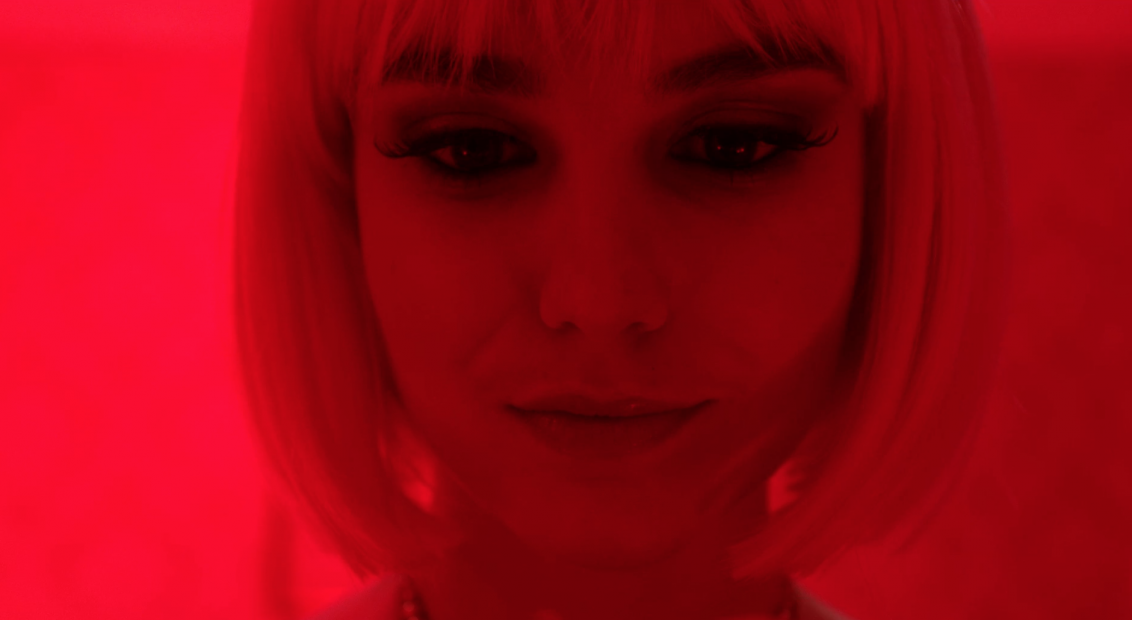 “For me,” says filmmaker Claire Leona Apps below, “it’s sort of an anti-fairy tale, girl meets boy, tries to win boy and then it is taken to extremes in the other direction.” Eschewing the traditional romance narrative, Apps’ debut feature film, And Then I Was French, flips the male gaze on its head, resulting in a startling and powerful portrayal of femininity.

Centred around small-town girl Cara (Joanna Vanderham), the narrative follows her story as she becomes entranced by the charming American newcomer to her university, Jay (Lewis Rainer), before jumping at the opportunity to partner with him in massage class and exerting her darkly sensual fantasies throughout their practice. A young girl’s journey of self-discovery gone wrong, Cara becomes a slave to love and reimagines herself as the kind of woman she thinks Jay desires. In attempt to live up to her inner critic and the pressures of the male gaze, Cara loses her identity and is pushed to psychopathic heights by this toxic obsession.

Fiona Hope: It’s your first feature film, how does it feel to have it available for people to see?
Claire Leona Apps: It’s great, mainly I’m so excited that people are finally going to be able to watch it and that they’re either loving it or are like, “What the heck was that?”, which is kind of what I want anyway! I’d prefer an extreme reaction than indifference to my first feature film.

FH: So where did the concept for the film come from and how did that develop?
CLA: I always say that it stems from my scathing review of certain romantic comedies. There are enough rom-coms that create a scenario where a woman within the male gaze feels like she has to alter everything about her life to get the man she wants. I wanted to investigate where that idea comes from and explore whether that level of self-alteration will actually lead to real happiness? I think if you stifle yourself dramatically it can have quite negative outcomes. 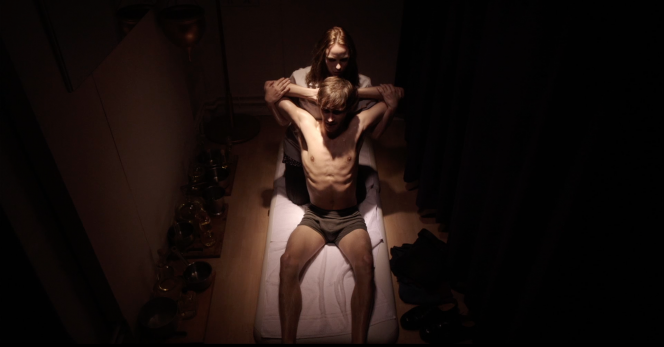 FH: I really like the combination of coming-of-age romance with psychological thriller. What drew you to combine them?
CLA: The film is sort of examining films while being a film itself. Lust is depicted as love in romantic comedies, everything is about immediate quick fixes. Once you start looking into thrillers, you’re actually dealing with a lot of the same tropes, like people seeing someone and becoming infatuated or desperately wanting to kill that one person. There is this weird, immediate gratification or desire for one thing that runs through both genres. For me, there was a way to delicately play that line: Cara is both delicately sweet and ‘romantic comedy’ as well as becoming obsessive once she falls in love. 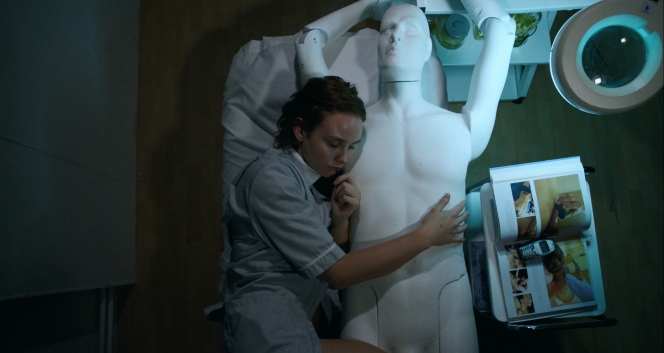 FH: And body image is clearly critical to the film.
CLA: Yeah, there was a lot of talk about weight. Cara is never what you would categorise as overweight, but it’s this whole idea of not feeling comfortable in your own skin or liking what you see in the mirror. Society has become saturated with the idea we should always be improving our looks. For me, that kind of constant tension with our own bodies is the same kind of constant tension that you have in a thriller film. The idea that you’re always fighting something but you don’t really know what it is. That is what I really wanted to draw attention to. The whole film is about if hardcore aspiration is healthy for you and I think you can really articulate that with people’s relationships with their bodies.

FH: In terms of the cinematography, it was very beautifully shot, utilising lots of different angles and vivid colours to mirror the film’s themes as they evolved.
CLA: My favourite directors are David Cronenburg and Park Chan-wook. I’ve always loved strongly controlled colour palettes, so we identified different colours for different characters and then as their character morphed more into their caricature their colour altered or intensified. Even the different times you enter the massage room the colours are slowly altering into a darker place. You’re getting a subliminal transformation from the rom-com to thriller without necessarily being aware of it.

FH: It’s reminiscent of the Strange Case of Dr Jekyll and Mr Hyde and other classic good vs evil narratives in terms of double-lives and transformation.
CLA: Yes, that idea of everybody having a monster and an angel is a duality that runs through the entire film. For example, the character of the aunt is her devil, always passive aggressively digging at her and then her friend Zoe is her angel, always telling her to love herself. I was also inspired by the classic female-go-nuts films like Carrie, Play Misty for Me and Eyes Without A Face. It’s this idea that you can push, push, push someone and it can go too far, causing a negative outcome…

FH: What’s the takeaway moral?
CLA: For me it is sort of an anti-fairy tale, girl meets boy, tries to win boy and then it is taken for extremes in the other direction. The moral is to love yourself for yourself, the one that we seem to forget the most!

And Then I Was French is out now via Amazon.