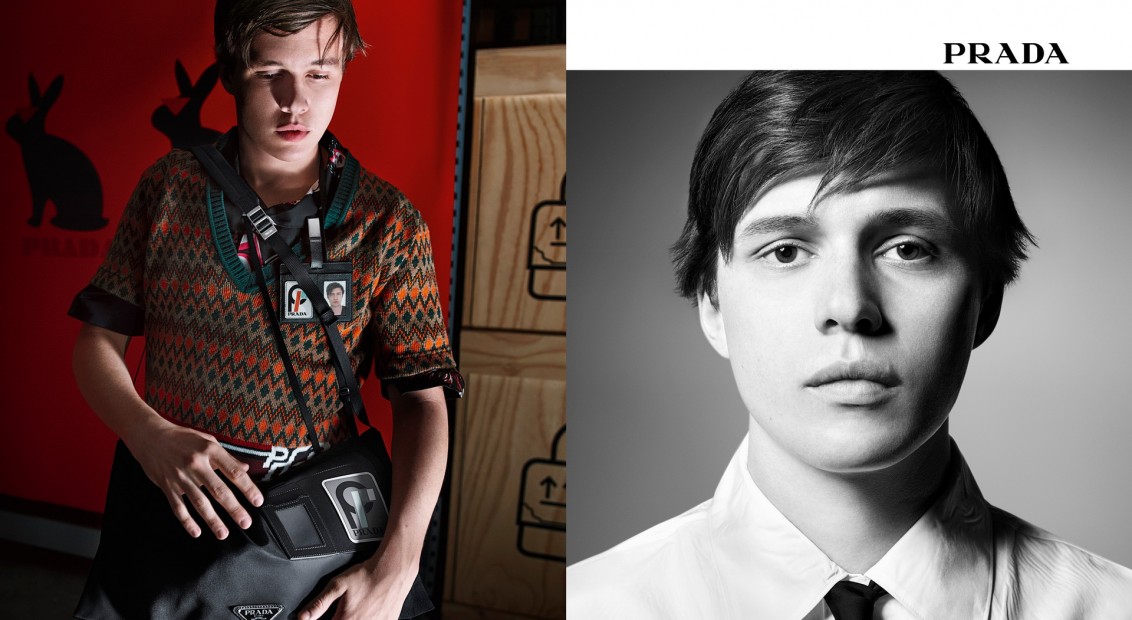 With the latest incarnation of Prada‘s 365 campaign, the Italian fashion house have recruited four of Hollywood’s new guard, Joe Alwyn, Algee Smith, Paul Dano and our current issue cover star Nick Robinson, all photographed by Willy Vanderperre in Milan. (FYI, all four have previously featured inside the pages of HERO). 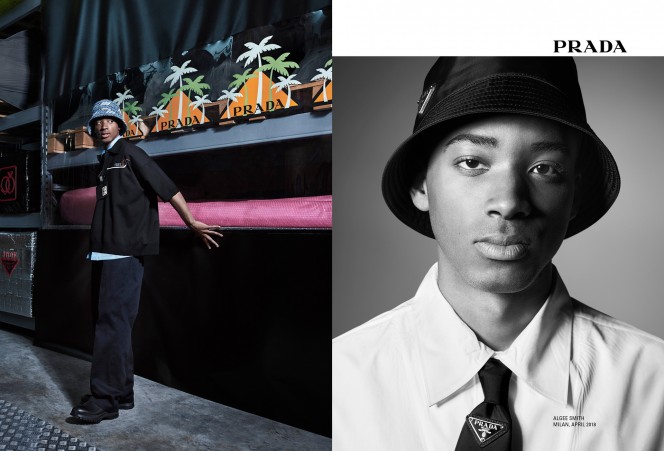 Just as the archive Prada collections that are alluded to on the factory crates in the imagery, the identity of the Prada man is diverse and multifaceted. The message reflects a similar path faced by Joe, Nick and Algee, who despite being in the nascent stages of their acting careers must all navigate issues of identity in their forthcoming roles. Joe is set set to star alongside Russell Crowe and Nicole Kidman in Joel Edgerton’s Boy Erased, Nick Robinson most recently starred as the title character in Fox 2000s Love Simon, while Algee Smith can be seen in the FOX feature The Hate U Give, set to be released later this year. Meanwhile, Paul Dano has recently made his directorial debut with Wildlife, the opening film of Critics’ Week at Cannes and set to be released this October.