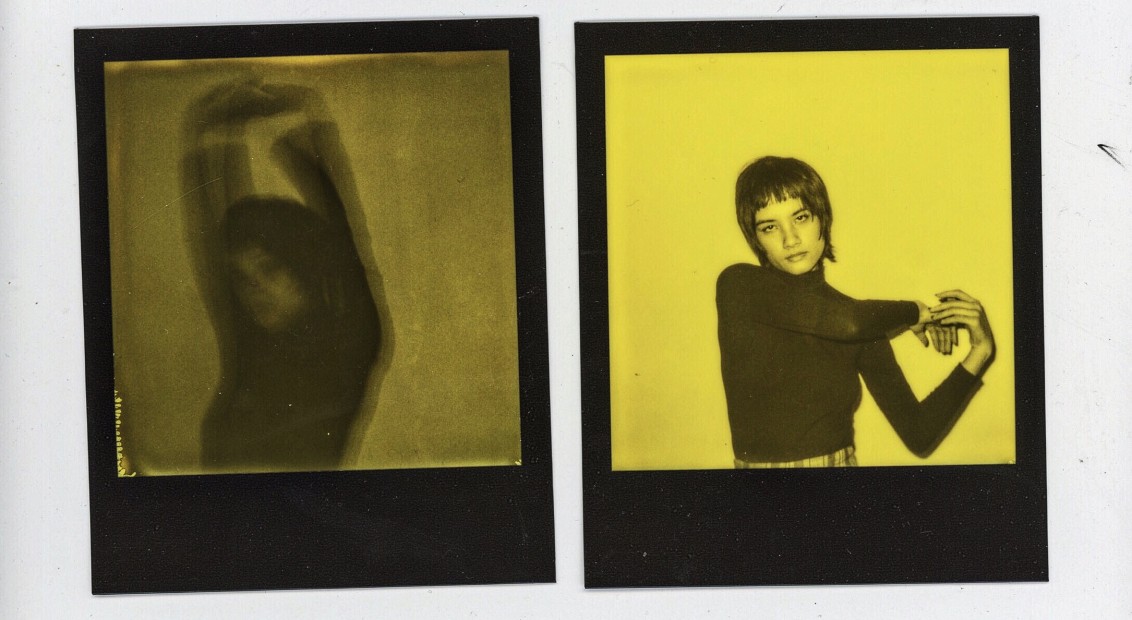 To be Asian in a Western-oriented world is to straddle two worlds, tight-walking the dichotomies between the reality and the stereotype – you know the ones: an innate fondness for Hello Kitty, a penchant for bubble tea and keen abilities when it comes to maths. The pulse of this very narrative can be felt throughout the experiences of the wider Asian diaspora, manifesting in a desire to be seen as individuals rather than perceived as a two-dimensional pastiche.

In a new book series titled, FAR-NEAR, editor-in-chief Lulu Yao Gioiello sets out to challenge these Western conceptions of Asia. By presenting a curated selection of creative expressions that highlight genuine but often side-lined perspectives of the Asian experience, FAR-NEAR blurs Asia’s own boundaries which are often thought to extend only as far as the red sun rises (over Far Eastern Asian countries like Japan, China and Korea, while those in countries like Iran, Georgia, Sri Lanka and Yemen are glazed over apathetically). The result is a cross-cultural publication that broadens views of Asia through image, person, idea and history to progress the unlearning of the inherent dominative mode. 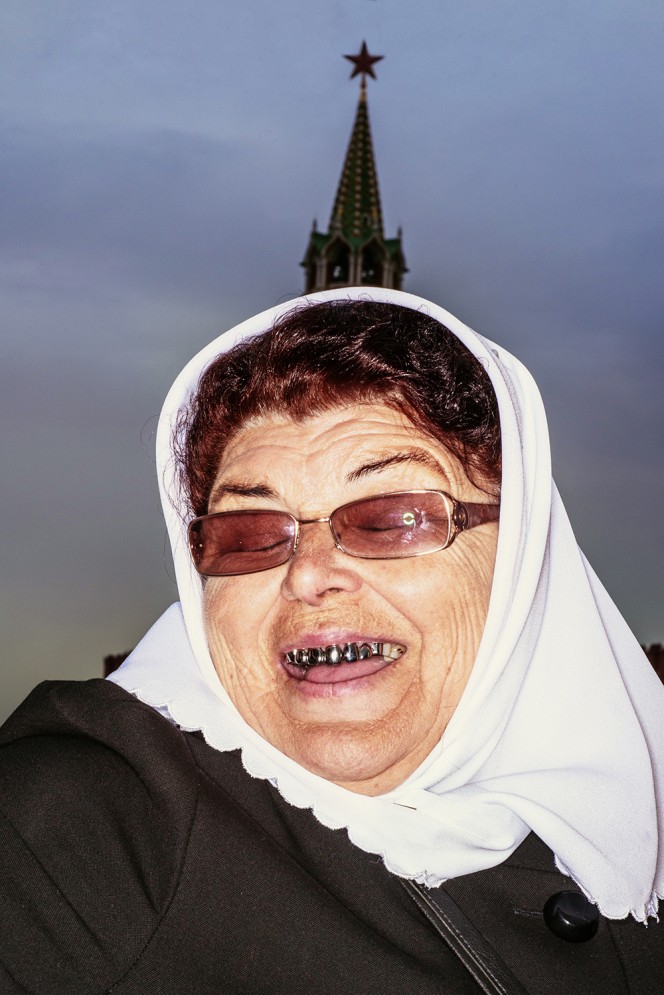 Lindsey Okubo: Initially what was the whole impetus for starting the project? You’ve been working on it for about a year or so now and did you feel like there was a gap in what was out there and what you wanted to see represented?
Lulu Yao Gioiello: I would say that it came from two things. Two years ago, I made my first photo book that was a result of photographs I had taken while I was in Tokyo and Taiwan. I wanted to provide the viewer with an experience of Asia as I see it – as someone who is simultaneously an insider and outside. I wanted to diverge from the cliché or fetishes of the Western eye but still accept its existence in an Eastern world. I still want to do that. When I look back at this book, although I am happy with it, I already see how much my perspective has expanded and how I was even a bit limited and stereotypical myself when taking my photos. I think, somewhat indirectly, that this magazine is the evolution of my objective for the photo book. The other thing that inspired me is a book I read called Black Boy Feelings, a submission-based book for black guys. The submissions were very broad – drawings, photos, poems, message transcripts – and it was a perspective that I hadn’t previously known about. Once I read it I immediately thought, “Why isn’t there something like that for Asian people?” Of course, there is some really great stuff out there like Banana Mag and Sukeban Gang, but I started to think that what I wanted to do was something a little different, something more curated that really showcased creatives and intellectuals in a mindful way; highlighting the unique ways in which we’re unified that aren’t the stereotypes that are given to us. I also decided I didn’t want to limit it to Asian Americans or Asian Europeans.

LO: Why is that?
LYG: Overall, when someone seeks out publications on or about Asian cultures, it’s often not really created by Asian people, but instead a bunch of European creators writing and photographing their experience, or requesting from Asian iconoclasts what they [the westerners] want to see. In turn it only really depicts Asia from a European perspective. What I want to show is Japan from Japan’s perspective, Korea from Korea’s perspective, and so on. But not only that. As I have been further researching, talking to different people of different upbringings and heritage, getting submissions from them and finding what interests them, I am recognising that even the more genuine representations that are out there, those are limited to specific sections of Asia.

LO: Yeah, like East Asian people
LYG: Far East Asian people, yeah. There’s a lot less recognition for those with a Iranian or Georgian or Turkish heritage. I wanted to have people reassess what their perception was of Asia by including a wide range of heritages. You’re already going to have a more open mind when you’re looking through this book because it’s not the expected things that you would see as, and from, Asian artists. 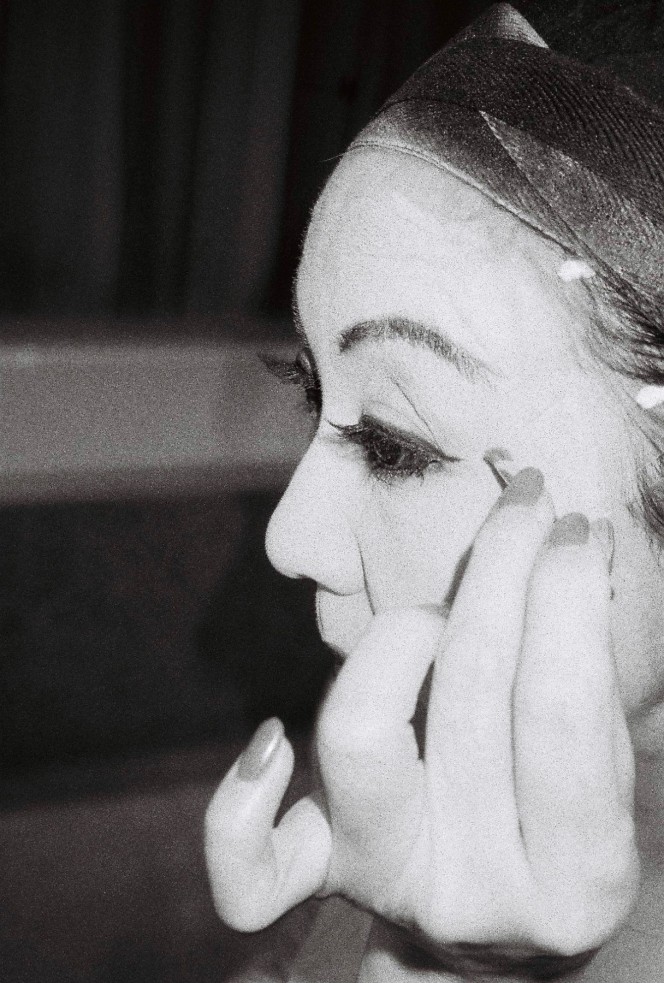 LO: And when you mentioned stereotypes, it’s interesting because those stereotypes are usually only based on caricatures of Far East Asians. Taking it a layer deeper, Asian people also seemingly stereotype other Asian people more than any other racial community, reflecting the fact that we’re all kind of separated from each other. It’s more of an us/them situation and we don’t’ share the same identity
LYG: Definitely. I’ve learned that Asia wasn’t really a “continent” until Westerners decided that Asia was a concept. Before that, and even now, China considered themselves the “Middle State,” for instance. Each group was not considering itself in relation to the other. But once the West started to expand and perceive Asia as a body of people, then these groups started to have to consider their neighbours as similar to them, in comparison to the west. That’s the other interesting thing, as you mentioned. It’s another mission of ours to have the contributors and the readers look at their work in and out of context, to see the non-stereotypical similarities we share with each other through art and personal experience.  Throughout history, the East has been considered this mystery, this exotic place. It’s not always in bad connotations but in this book Orientalism by Edward Said, he talks about how the West has used Asian people to project their desires onto, especially the Near East or Middle East. To the west, Asia is this exotic, mystic place to study and fantasise over, and this idea of Asia as they see it does not exist so drastically. There are certain aspects that come from reality, but it’s an extreme single-minded depiction of a multi-dimensional vast and diverse group of people. 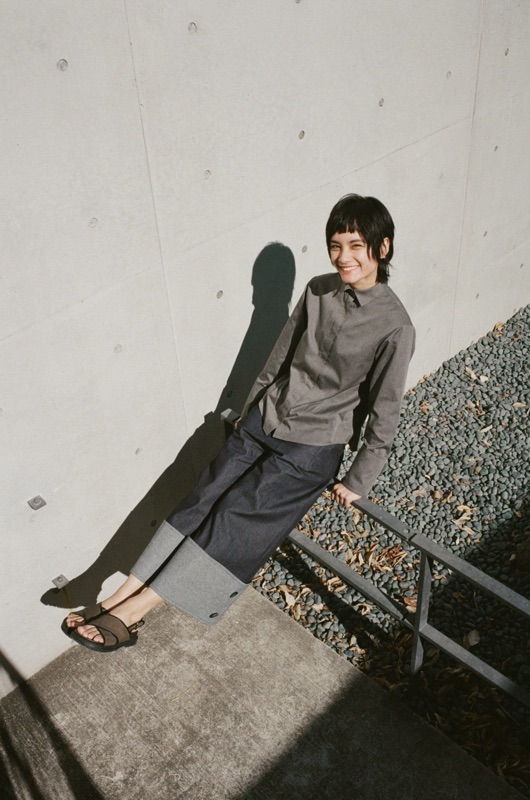 LO: Being aware of something like this, I know for me at least growing up in Hawaii, everyone’s Asian so you don’t really question anything, but in a place like New York, you’re just exposed to a lot more diversity and nuances of the diaspora. Is that how and why you moved into this space?
LYG: I think it’s part of it. But, you know, I didn’t grow up with my Asian side. I grew up with my brother and Bronx-Italian dad in New York. But I look Asian. In my life, I have found that I identify as being Asian and I think that started because other people identified me as being Asian. Because of that I searched for things that were Asian in New York. I didn’t necessarily latch onto a single culture, like I wasn’t specifically into Taiwanese culture as I had no real connected to it, which I think has lead to my interest in this kind of overarching idea of what Asian is. In New York, it’s very much more diverse, especially in public schools. I didn’t really consciously think about race until middle or high school when I started acknowledging differences between families. I saw that some of these differences came from culture and I also saw how sometimes differences in culture could create distance between two people.

LO: That’s a heavy thing to dive into because it’s kind of an overall understanding of “Who am I?” I think that ties in nicely with the theme of ‘movement’ that you chose for this first instalment of FAR–NEAR.
LYG: Initially my own perception of things was pretty surface level. Even though I could say that I’ve spent time in Asia and I’m someone who actively looks for content that is Asian, movies and things like that, I don’t think I really started thinking about it heavily until this last year, right before I started the book series. Once I actually really researched intellectually what Orientalism is, and through talking to people I wanted submissions from, I understood the differences of what they think versus what I had been assuming. I’m not necessarily the person to decide what they think about their own experience. I was reaching out to Asian Americans and then reaching out to Asians living in Asia, Asians living in France, and so on, and each person had a different experience, a different way of thinking and attachment to their culture and that’s been really interesting. Also, the way each person reacts to stereotypes and their attachment to their own “culture” is a really interesting thing. I find that a lot of people’s parents who immigrated to the US or Europe, they kind of go from not thinking about their culture to really wanting to go back and find their roots when they’re older and that becomes a very, very important to them. Whereas obviously, for someone living in Asia, it doesn’t really go that “deep” because they’re living it. So they’re more exploring themselves or their society as a whole instead of personal histories. But these are all generalisations [laughs]. Something to consider but not to live by. 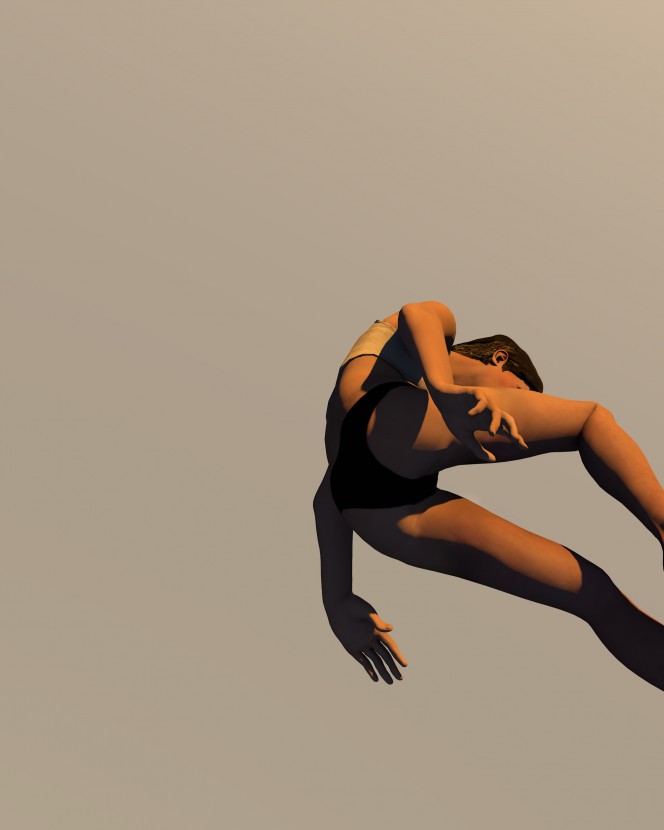 LO: How do you define authenticity? There are so many subjective understandings of that in relation to people’s own experiences. I’m imagining it must be hard to validate these experiences when you’re curating something like FAR–NEAR.
LYG: I did find it a somewhat challenging situation because I don’t want to be the one deciding what’s authentic and what’s not – that’s the exact problem with what’s out there already. And especially since I still am coming from a Western perspective in this situation. I just try to give some sort of guidance in the sense of my overall vision for the book and most people give me either something they were already thinking about or something we discuss. The only time I ever say anything to challenge the contributors is if I feel their direction is made with the intention of showing it from someone else’s viewpoint instead of from their own experience.

LO: Going forward what realities are you looking to discuss? What does equality and representation look like?
LYG: The easy answer would be that I want FAR–NEAR to be a really compelling magazine that just happens to be driven by Asian people. I want it to have that awareness that we’re lifting Asian creatives by having them specifically make things and show things, but that the topic doesn’t have to be Asian unless it makes sense. That’s what I want to do. I just want it to be a really amazing magazine that shows unique art, photography and stories with a spine of Asian support.

LO: For you, as the EIC, what have you taken from this and how have your understandings of your own identity and Asian culture evolved?
LYG: I’ve already learned so much. It’s great, because this is really my passion. I’ve always been interested in Asia as a whole and how culture cross-communicates and mixes and evolves. The best thing that I’ve gotten from this is that I just keep learning more and expanding my perception of it because I didn’t even know I was in a narrow mindset in regards to what Asia is. I only realised it as I started hearing from more people, and having people maybe even disagree with me about what Asia is. It’s good because it keeps growing and I feel like there’s so many different things to talk about and learn about from these different cultures and experiences, it’s going to be an endless growth.